D&D 5E Final Hours on Kickstarter! Violet Dawn: Exile is a graphic novel based on the Ennie-nominated d20 Setting

Long, long ago, the Inner Circle released a series of d20 sourcebooks featuring the Violet Dawn weird fantasy setting, including the Ennie-nominated Denizens of Avadnu and The Broken Isles. Inspired by the likes of Dark Sun, The Dark Crystal, and the pulp fantasies of Robert E. Howard and Michael Moorcock, they were well-received, excerpted for Monte Cook Presents: The Year's Best d20, and faded into memory as the creators went on to other projects.

We're excited to revisit the world of Avadnu in a reimagined, built-for-comics form, and hope to bring in some old fans along with the new. We’re entering the second half of the campaign and we're just over 50% funded, so every pledge counts for a lot right now.

You can view the Kickstarter here: Violet Dawn: Exile

And you can sample the first chapter of the book at: Violet Dawn - It's Always Darkest Before the Dawn

The Kickstarter includes rewards like digital and hardcover copies of the comic, along with add-ons for any of the original RPG material you may desire.

We're also redoing some of our best monsters from Denizens of Avadnu for 5e as an addon called Denizens Reborn. 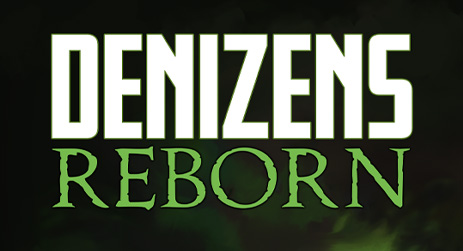 If any of this sounds appealing, come take a look. We need your support to bring this project to life. Anyone who has questions about the Kickstarter or Violet Dawn, feel free to ask here. We haven't been around much lately, but we started back in the pre-Morrus days...
Last edited: Nov 25, 2022

As of this writing we're more than 90% funded and closing in on our goal with just over six hours left to the campaign. We're so grateful for all the backers and all the support we've received, but if you haven't yet taken a look at our dark fantasy story with fantastic art by Louis Sollune, this may be your last chance.

We have a thread of artwork from Violet Dawn that we have down throughout the years that we are updating on Twitter. See it here:
And sample the first chapter of the book at: violetdawn.com

Kickstarter Final Hours on Kickstarter! Violet Dawn and the Denizens of Avadnu return