When my son joined Boy Scouts, I decided to teach the Game Design Merit Badge to his Troop. When I picked up the guide to teaching the badge, I was pleasantly surprised to see tabletop role-playing games prominently represented. Over the seven weeks that I ran the Badge Workshop, I learned a lot that’s of interest to any aspiring game designer. 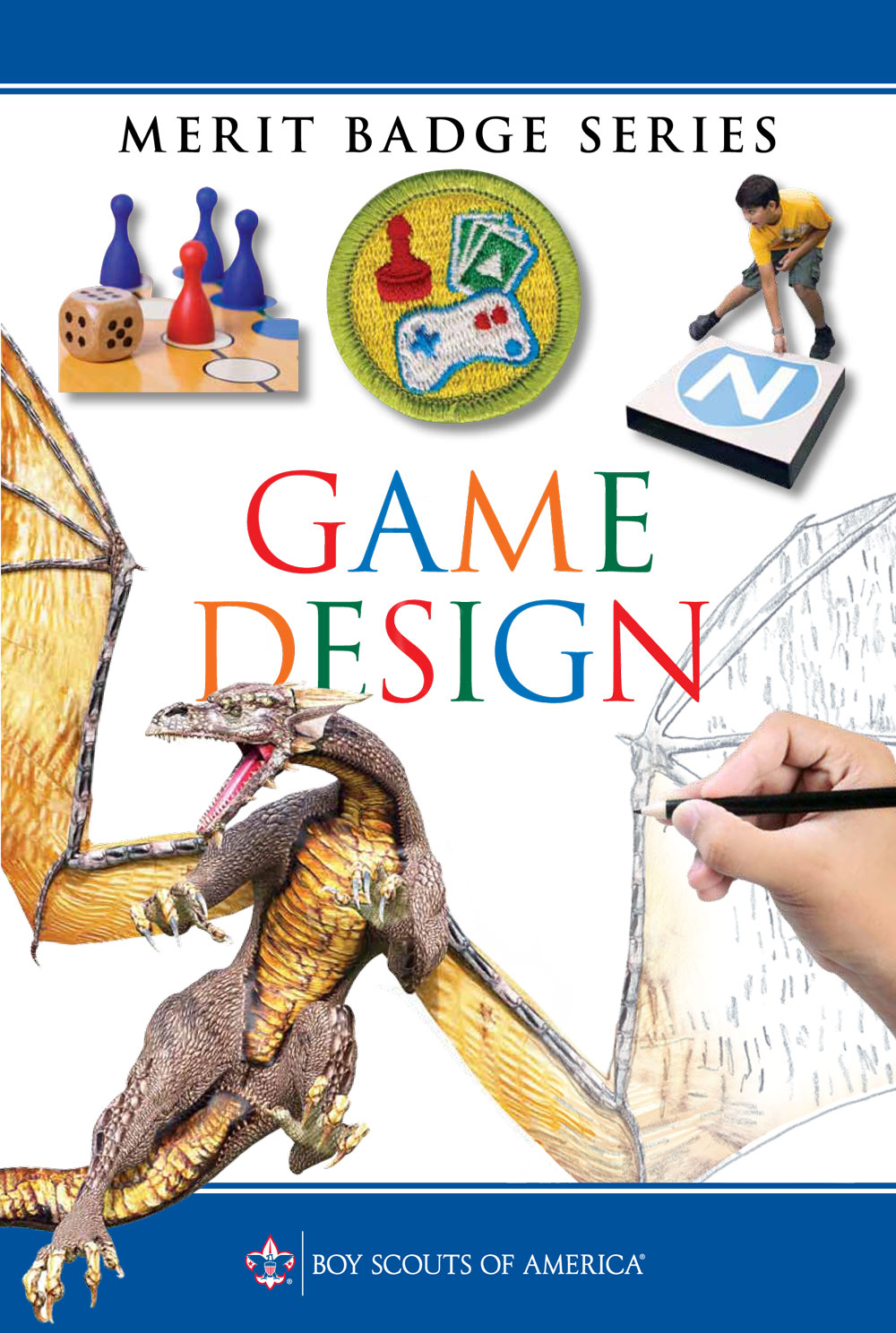 Here's the other articles in this series:
The Game Design was launched in 2013. The badge requires participants to play four different types of games and critique them. Then the Scouts play three different existing games and tweak one rule. And finally, they create a prototype of their own games and blind test them with their peers. If you’d like to follow along, you can download the workbook.

To determine which games we should play, I had the Scouts vote on topics from my game library. The top four were Dungeons & Dragons, 1-2-Switch, Star Wars Family Feud, and Jenga. Each of these games features a very different aesthetic and play style, so I was pleased to see such a good mix of games – and that D&D tied with the Nintendo Switch video game, 1-2-Switch, for most popular!

Our Troop consists of 20 boys ranging from ages 11 through 17, so their proficiency in games varies greatly. Additionally, their interests range from sports to geek-themed hobbies, so different games appealed to different Scouts. Despite their varied interests, we run the workshop for all of them and Scouts can choose not to participate if they so choose.

Before we got started though, it was important to explain what a game is. Here’s what the Merit Badge Pamphlet (which can be purchased here) defines as a game:
I thought this outline did a great job of explaining what’s a game from a designer’s perspective. There's good reason that the booklet sums up tabletop role-playing so well: Pete Fenlon and Alex Yeager of Mayfair Games were contributing writers.

For each game, we reviewed the medium, player format, objectives, rules, resources, and theme. I gave out notebooks to every Scout as well, which would serve as their idea journal to jot down concepts, sketches, maps, and prototypes of their game. In addition to the basics of each game and reviewing four games, the Scouts needed to play three other games and tweak the rules. They play floor games frequently (dodgeball, floor hockey, handball) so we set aside sessions to modify those and discuss how it changed the game. And then finally we discussed a few other aspects of game design, like intellectual property. The badge wraps up with a Q&A about game design which I'll be hosting.

The Game Design Workshop has been taught at many other Boy Scout Troops, so if you’re interested in seeing how it’s run check out this Slideshare. With the introduction out of the way, we sorted the games in order of their complexity of their rules, building from the simplest (Jenga) up through a variety of mini-games (1-2-Switch) to a party game (Family Feud) and finally to a free-form role-playing game (Dungeons & Dragons). We used Jenga as a test run to get comfortable with the format and the boys -- and it was a learning experience for sure. I'll explain how it went next week.
Last edited: Oct 29, 2019
Click to expand...

We have been doing the same with our troop for about three years now. Always interesting to see what the boys come up with.

Gaming and boy scouts go way back. My friends and I used to play D&D in our tents during campouts in the late 70's/early 80's.

I know of a Venturing crew that also does a lot with RPGs.

I played a lot of AD&D in scout camp in the 80s. Looking back I'm pretty shocked I took my books out on a canoeing camping trip. I'm really glad we didn't tip!

talien said:
I thought this outline did a great job of explaining what’s a game from a designer’s perspective. There's good reason that the booklet sums up tabletop role-playing so well: Pete Fenlon and Alex Yeager of Mayfair Games were contributing writers.
Click to expand...

Hmm. This could be an interesting exercise...

OGL games to check out before they possibly disappear