How the Scouts Teach Gaming to Kids

Boy Scouts and Girl Scouts both teach gaming elements as optional badges to their membership. But when it comes to introducing role-playing games, they each take a different approach. With the recent announcement about Boy Scouts accepting girls as members, it's worth reviewing how the two organizations are teaching kids about gaming. 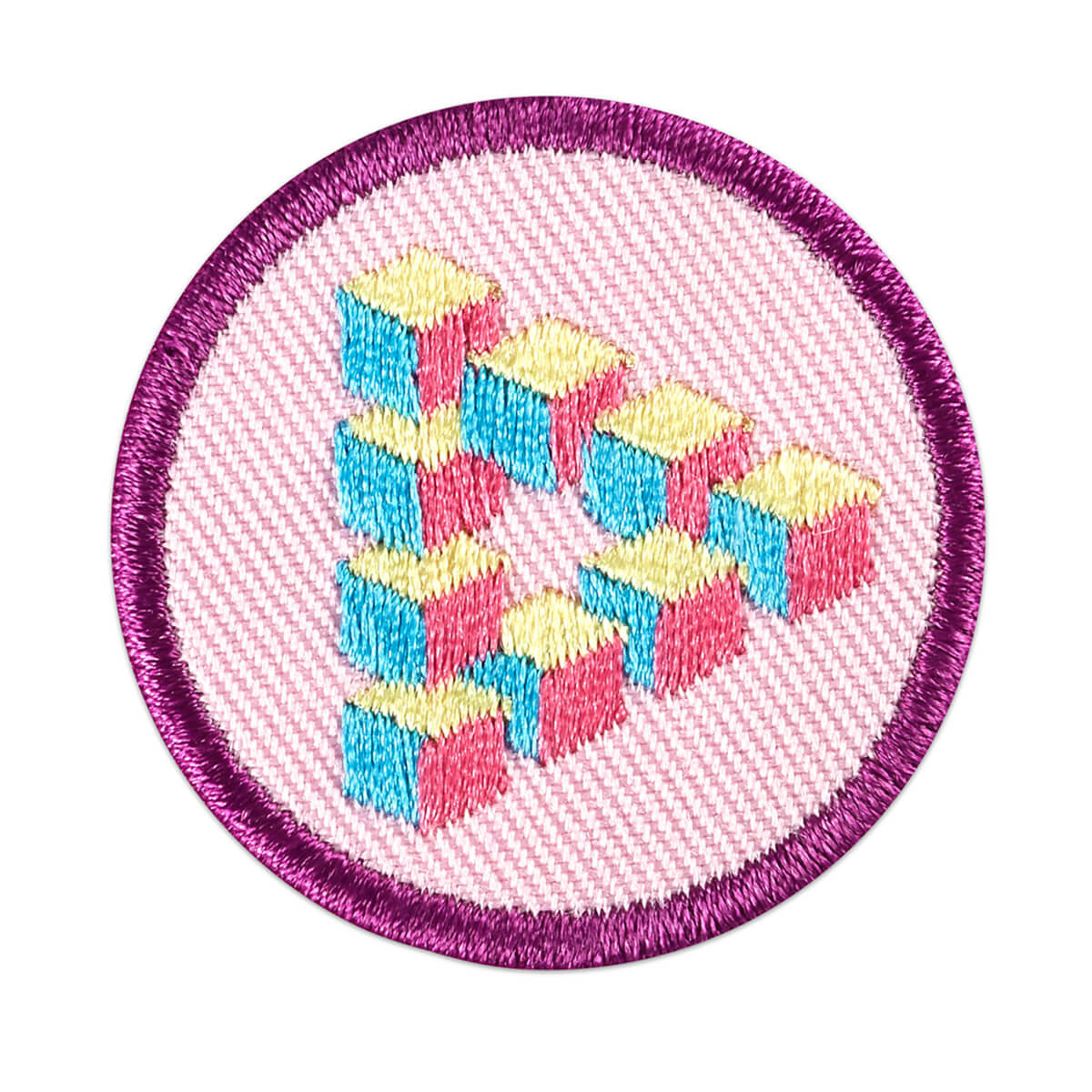 Here's the other articles in this series:
[h=3]Girl Scouts and Gaming[/h]Girl Scouts features several badges that are tied to tabletop and role-playing games, including Playing the Past, Making Games, Board Game Design Challenge and Game Visionary.

The Playing the Past badge is specifically about role-playing:

Dream up a character: a girl or woman who lived in another time period. Maybe a poodle-skirt-wearing Girl Scout from the 1950s, a Wild West cowgirl, a medieval duchess, or a Japanese princess from long ago? You can be someone who really existed or a historical woman from your imagination. Give yourself a new name and get ready to live history!
Click to expand...

The Making Games badge makes just about any game:

You can have fun without a computer, a deck of cards, or even a ball. Games are everywhere when you use your imagination to make them up! Try this badge, and you and your friends will never be bored again.
Click to expand...

The Board Game Design Challenge badge is more about traditional spinner games:

Engineers are people who like to know how things work. They design and build things people use every day, like computers, phones, roads, bridges and cars. They use their imaginations to solve problems and create new products. Create board games and engineer your own game spinner using GoldieBlox.
Click to expand...

This badge is your chance to build friendships and community networks by leading a series of fun, inventive, and challenging games. Use your vision -- of what's surprising, fantastic, team-building, and most of all, fun!—to invent some unforgettable activities. Making games is about pushing boundaries of creativity and possibility. It's not just about thinking outside the box, but getting rid of the box altogether. Enjoy exploring your imagination.
Click to expand...

The steps are more outdoor-oriented, ranging from breaking the ice, to imagining all the world's a board, to creating a physical challenge and puzzles, and making an ultra scavenger hunt. Of all the steps in achieving the badge, Imagining the World's a Board comes closest to role-playing -- although it's more Live Action Role-Playing:

Game master extraordinaire. Almost any board game can be played with people as the game pieces, if you get truly imaginative. Or, you could invent a massive “board” game that’s entirely your own, inspired by a favorite book, movie, or something that holds special meaning in your life.
Click to expand...

For Girl Scouts, there doesn't appear to be a formal connection to the gaming community that tabletop gamers participate in it. Girl Scout leader Gary Astleford in San Diego, CA developed his own patch and program known as Dungeon Scouts:

Astleford has taken Dungeon Scouts from a simple Dungeons & Dragons game with his own troop to a patch program offered to Girl Scouts nationwide. Through the incredibly helpful web site that Astleford provides, troops can find a pre-made world, characters, and adventures (based on 5th edition) that honors the Girl Scouts and their ideals in the unique fantasy setting of Elustra. Troop leaders can even order their own patches to bestow upon their own Girl Scouts who complete the requirements.
Click to expand...

The patch is unique to the San Diego and not currently listed on the Girl Scout's Bad Explorer site. It remains to be seen if the badge will be enjoy more widespread support among the Girl Scouts. It's quite different for the Boy Scouts.
[h=3]Boy Scouts and Gaming[/h]The Boy Scout Merit Badge Series features a Game Design badge. Although it looks these days like it's primarily focused on video game design, the Merit Badge Series booklet tells a different story. The Badge encompasses everything from programming to tabletop role-playing games. It references "Games with Miniatures" first:

Miniature games are played with small, detailed models of pieces and terrain. Originally, they were used to teach and experiment with military tactics and strategy. Miniature gaming as a hobby emerged in the early 20th century, in large part because the H.G. Wells book Little Wars, which set forth rules for playing with toy soldiers.
Click to expand...

Role-playing games are curiously referred to as "Text-Based Role-Playing Games":

This game medium can be most easily described as interactive storytelling. A ruleset or system is used to define the gameplay, but the game's objectives may change during play. The end point of an RPG campaign -- a complete story arc -- is often flexible. Players take on the roles of distinct characters within a fictional setting and then take actions based on the capabilities of those characters. Typically, these capabilities increase over time, as the characters practice skills, acquire knowledge, or obtain equipment. This allows players to take on progressively more challenging game scenarios. The most well-known RPG is Dungeons and Dragons.
Click to expand...

The glossary definition of "gamemaster" is an excellent summary too:

The organizer, official, and moderator of a text-based role-playing or miniature figure-based game. The GM defines and controls the setting and non-player characters. He or she sets the stage for players to play the campaign and reacts to the actions of players to advance the story of the campaign. A good GM keeps players interested, maintains game balance, has a good imagination, and thinks quickly as players act in unexpected ways. In electronic role-playing games, the software often acts as the GM.
Click to expand...

There's good reason that the booklet sums up tabletop role-playing so well: Pete Fenlon and Alex Yeager of Mayfair Games were contributing writers.

A survey of how the two Scout programs are teaching kids about games is illustrative of the evolution of gendered play in gaming: The Girl Scouts has a series of disparate badge elements that collectively teach gaming, while the Boy Scouts has one badge that encompasses all gaming into one badge. Here's hoping that as both organizations continue to evolve, gaming takes its rightful place as a skill worth developing for kids of all ages.
Last edited: Oct 29, 2019
Click to expand...

4 out of the 5 players in my 5e group are either former or current Scoutmasters of our local Boy Scout troop and we have a yearly Game Weekend campout. We rent the lodge at a local camp and scouts can bring games to play and share. It is our most well attended campout of the year. It was so successful, the local council asked us to host a game focused district camporee 2 years ago. Gaming has been a big part of scouting even when I was a scout. We used to bring our AD&D books on campouts and play at night in our tents.

The Girl Scouts do have a badge for Table top rpgs. They also have a setting and adventures. http://www.dungeonscouts.com/about.html

Geek and Sundry has an article about this as well. https://geekandsundry.com/forget-cookies-girl-scouts-join-forces-to-defeat-worgs-and-wolves/

How things change... Back in the early 80's, I was asked to be an Adviser to an Explorer Post (a branch of scouting for young adults - both male and female) that was going to devoted to gaming. When the local scouting administration found out that this would include D&D, they shut the whole thing down completely. (It didn't stop this group - they went on their own & formed a game club!)

mykediemart said:
The Girl Scouts do have a badge for Table top rpgs. They also have a setting and adventures. http://www.dungeonscouts.com/about.html

Geek and Sundry has an article about this as well. https://geekandsundry.com/forget-cookies-girl-scouts-join-forces-to-defeat-worgs-and-wolves/
Click to expand...


Thank you for pointing this out, I added the info to the article!

talien said:
Thank you for pointing this out, I added the info to the article!


The website that offers these patches is careful to point out that they are patches, not badges. That as much as they would like to be an official badge, they are not recognized as such.

Excellent point: it's a patch, not a badge. Which is a shame though, as I'd like it to be official and the material for that badge is more than some of the official patches!

It really is a shame. There's so many skills one can learn from roleplaying, and several youth oriented RPGs these days as well. And with the hobby having a renaissance of inclusion (Not just for socially awkward teenage boys wearing cloaks in their basement anymore!) the girl scouts could help foster that mentality and usher in a new generation of female players and game designers.

As a former Life Scout, I really approve this article! It's wonderful to see the BS and GS keeping the hobby alive in such a wonderful way. Thank you!

If the Scouts had encouraged gaming back when I was a member, rater than being a wedgie-delivery mechanism for young nerds, I might have remained a member.

Not DnD - Rangers of Shadowdeep