Guns, like swords, arrows, warhammers, etc... need to be generalized.

I had a player in the 80s that wanted to be Percy from Critical Role - the guy that invented guns and brought them into the fantasy world. I said, "Cool. Use Light X-bow stats." He grumbled as 2E light crossbows did d4 damage and he wanted it to be a massive gun, but I said he was introducing a first gun and he'd be able to improve it as he went. The PC died around level 6 having never shared his secrets, but I had BBEG (speak with dead / use divination / I forget exactly what I did it was 35 years ago) and the surviving PCs started to see guns appear in the campaign world. The HCs (hand cannons) are now a regular part of the fantasy world, and that PC is known to historians as the originator of the HC, but they're nothing special. My modern rules for them are an update from my older rules rather than using the firearm rules in the DMG.

Compared to a light crowwbow, the most common HCs have greater ranges, are much louder, and deal bludgeoning and piercing damage rather than just piercing. They're more expensive, but smaller, as well. However, you'd hardly notice the difference outside of long range combats where armies approach each other, or situations in which weapons are hidden.

There are a few other varities - a Shot Hand Cannon (Shick) that does more damage (d12 instead of d8) with much shorter range and a Staff Hand Cannon that has much greater range (and is impossible to conceal, generally). They are ridiculously expensive, but are great for their respective uses.

Nearly 40 years of experience - and it is non-disruptive and feeds the players the idea of guns.

I remember reading that stat... Most of those are handguns. Riffle rounds, survival rates will drop. And what edition are you talking about anyway?

Concerning 5e: Are the firearms stats in the DMG so offensive that every DM under the sun has to make their own version?

PsyzhranV2 said:
Concerning 5e: Are the firearms stats in the DMG so offensive that every DM under the sun has to make their own version?
Click to expand...

a very good point, i can only give my personal opinion on that: The raw stats are good if you want to handwave things like loading times, jamming and the like.
if you leave e.g. The damage but decide to make realistic medieval frontloaders which might be reloaded by a VERY skilled person within 15 seconds, but not within 6, out of melee of course, then you have to give something in return because everybody and his mother will prefer bows with their rof. So you need to think about guns ignoring armor, or high damage dice or exploding dice or nasty crits or so.
btw i got the same make believe problems with crossbows vs. Bows.

This is one of the many reasons I like 1d6 for weapon damage. A role of 1 -3 will mean the Commoner will be hurt be still functional (as per game rules) a roll of 4 means they are down, unconscious, whereas a roll of 5 or 6 takes them out.

Wondering if there's any impact for Thunder damage when in an enclosed space? In particular a DUNGEON where the walls are stone and provide no muffling (probably actually increase the loudness).

Also I'd say Hiding once the first shot is fired is pretty much impossible for the gun wielder for the first minute after it's shot. But that might be more complication than desired...

I keep it simple. Guns deal one damage die higher than Short/Longbows, but can be heard from up to a mile away.

Historical context on a post that was necro'd after more than a year of dormancy:

This thread was started because at the time there were like 14 threads about "Gunz shud werk dis way" which alternated between "Gun does 5d% dmg, ignores armor, can fire 10 times a round, and insta-kill gods on a crit" and "Guns have a 85% miss chance at a range past 5ft, take 100 rounds to load, have a 50% chance to explode killing you, and on a hit do 1 dmg."

It's purpose was, literally, just to stir up more stuff because I was in a mood.

I just keep it simple and use the Mercer Gunslinger Gun rules.

I do change some things though. Regular firearms use the Misfire trait. Later kind of magic/rarer/wonderous/legendary guns don't have that trait. Warlock Pact Weapon firearms don't Misfire as well.

Eyes of Nine said:
Wondering if there's any impact for Thunder damage when in an enclosed space? In particular a DUNGEON where the walls are stone and provide no muffling (probably actually increase the loudness).

Also I'd say Hiding once the first shot is fired is pretty much impossible for the gun wielder for the first minute after it's shot. But that might be more complication than desired...
Click to expand... 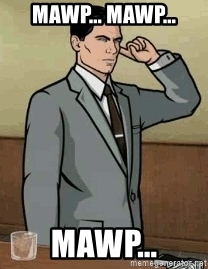