Damn... I just found out that Grant Imahara from Mythbusters passed away. One of the few times in my life the passing of a celebrity has made me truly sad.

It shocked me. Kelly Preston's death saddened me. I loved her back in the day.

I love my mom, but bless her heart. She has a key to my place. She came in while I was asleep and put groceries in my fridge. She left the freezer door open. The ice melted and refroze as a big hunk of ice. lol

I woke up when I heard a noise. I don't know why but I called out "Mom?" She responded. I don't know what I would have done if it was someone else. Probably shat myself. I went back to sleep. I woke up several hours later to find the freezer door open.

My father moved in with his girlfriend years ago and I live at the family home by myself now. I know it's technically my old man's house, but ye gods how I hate it when I come home and find out that he's been there while I was gone...
He rearranges things and doesn't put them back where they belong, he leaves things like dirty garage rags on the kitchen counter where I make dinner, and sometimes he comes over and cleans things, then gets on me about it the next time I see him despite the fact that I was just about to do the same damn thing he did when I got home...

Even worse, he's constantly stealing my damn hobby knives for home repairs and then tossing the now dull/broken blades covered in sheetrock dust or grease on top of stuff on my hobby table.

Yeah, Kiryu has the proper technique for everything. He writes postcards with the same gusto

1_particular_person said:
hi all. Scott DeWar here. been a bit, I know. two weekends was independance day weekend and I was at my brother's for the weekend. this past weekend I spent in the hospital with a bacterial infection. fun times.
Click to expand...

Ugh.... another DnD site I have been going to is either down or kicked me out. Sad.

I had a sturn talk with them. I set them on the straight and narrow.

I think I mentioned that my youngest niece and nephew are adopted from Guatemala. My mom told me my sister is reluctant to send them back to school because how badly the virus has appeared to affect the Hispanic community. I've been thinking about this. That's assuming that the reason is some how tired to their ethnicity. I'm not sure it is. I think it's more due to their cultural aspect. The close family and community bonds. The literal closeness. The larger family groups. The black community is probably affected the same for the same reasons. I think it's a bad idea for them to go because they could be exposed to the virus and bring it home with them.

Staff member
All kinds of things could factor into the different risks based on race/ethnicity. Systemic racism is one, but is fairly unlikely in this case.

But they’re finding out that blood type is correlating with different risk levels, and if true, it’s also possible that blood type percentages vary between racial demographics.

There could also be slight variables in other genetic factors that alter someone‘s risks because of their race. Sickle cell anemia and sickle cell trait are more common in black populations...because we evolved in close association with certain diseases that (peversely) the trait actually helps combat. So, while the DISEASE is a death sentence, the trait is (in some places) a biological advantage for survival.

Soooo much we still don’t know about this monster.

Personally, I don’t begrudge ANY parent for minimizing their kids’ risks of getting this MF bug. Hell, just last night, I was reading about teacher protests and early retirements being triggered by some of the government plans to reopen the schools, so that discussion is getting more complex by the day.

I thought I had read that black people have had a higher chance of catching it than white people, though I'm not sure what I read went into the specifics of WHY that might be the case. Still, regardless of that, I'm pretty sure everyone should be cautious when it comes to returning to schools in the fall, because when they're mixed, the virus is going to spread. I suppose there might be a case that children in public schools are more at risk than private schools, but I went to a private school and know that children are children and petty much everyone will be at risk regardless of where they go to school.

Even if an individual child is not as likely to spread Covid-19 as adults, there‘s the tyranny of numbers effect- more kids per given room than there would be adults means the virus has more chances to spread.

Add to that the survivability of the virus in enclosed spaces Vs open air and all of a sudden, teachers are the space marines on a bug hunt...

TIL when the sign says "Now hiring for all positions" it does not include CEO.

trappedslider said:
TIL when the sign says "Now hiring for all positions" it does not include CEO.
Click to expand...

Doesn’t mean you shouldn’t apply regardless. Aim for the position you deserve/want, not the one they are offering. Follow with a challenge to duel to the death over the position. 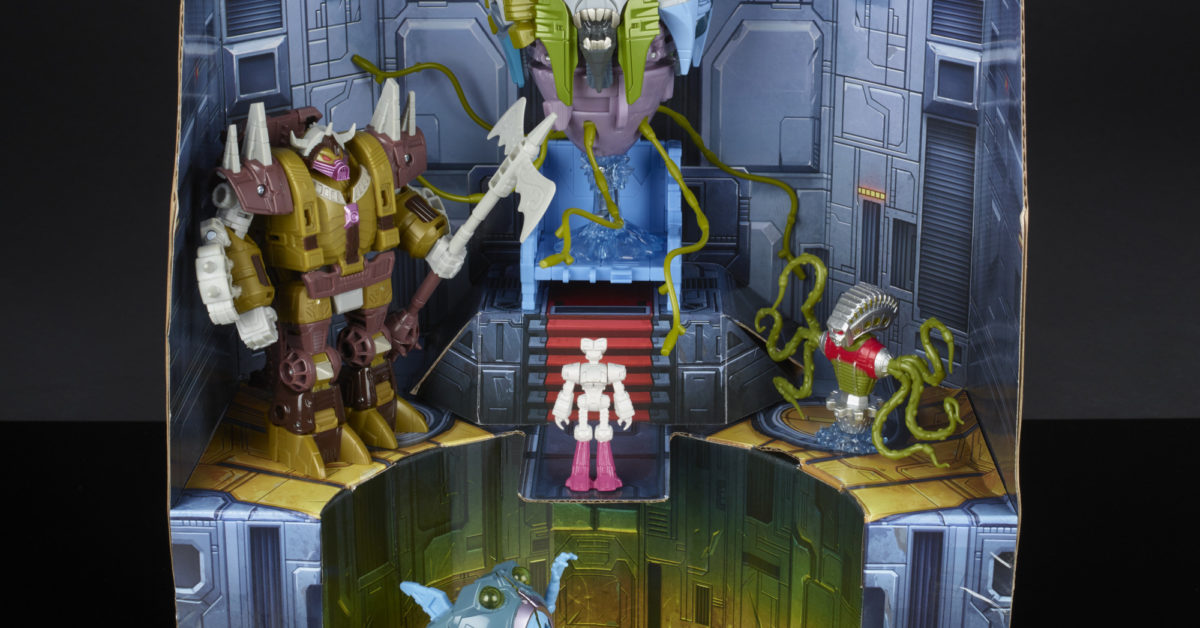 Hasbro has unveiled a huge variety of upcoming Transformers figures including one from the 1986 animated film thats a Pulse exclusive.

Blackrat said:
Doesn’t mean you shouldn’t apply regardless. Aim for the position you deserve/want, not the one they are offering. Follow with a challenge to duel to the death over the position.
Click to expand...

There's a problem with challenging someone who has minions: