Since 2019, several RPG action figure lines have launched or are about to arrive in stores. These toys focus on a few popular intellectual properties like Dungeons & Dragons, The Legend of Vox Machina, Cyberpunk 2077, and Warhammer 40,000. For the first part of this two part series, I’ll talk about aspects of an action figure as well as what’s available for two tabletop properties: Cyberpunk 2077 and Warhammer 40,000.


What Makes a Toy an Action Figure?​

As tabletop roleplayers, we live in an amazing time. RPGs are celebrated in mainstream media, streamers have dedicated audiences, a Dungeons & Dragons movie is leading the way for many more RPG movies and TV series coming from Hollywood, the number of RPG based video games is at a new high, comics based on Vampire: The Masquerade, Deadlands, and Cyberpunk are available in comic book stores, and getting into games has never been easier with online options across a variety of platforms as well as offerings at your friendly local game stores (FLGS). To compliment the pop culture explosion of tabletop roleplaying games, there are a variety of accessories from clothes to jewelry to posters and even action figures based on Dungeons & Dragons, Cyberpunk, and more. With the holiday season upon us, lets talk about the recent and upcoming waves of RPG action figures available as holiday gifts and beyond.

As a gift giving guide, I want to spend a few paragraphs breaking down what counts as an action figure. Action figures aren’t statues or miniatures, they’re toys that inspire play in the young and the young at heart. The division from statues or miniatures comes from an action figure’s size (scale), articulation, and the materials they’re molded from. If you’re using this as a gift guide, knowing your giftee’s preference on scale and POAs may make the difference between a beloved figure versus a returned-for-store-credit gift. If you’re a non-figure collector, let’s breakdown the physical points of collecting so the playing field is level.


What Came Before & What's Available Now?​

The number of action figures based on RPGs has been growing since 2019. Prior to that point, there were only a few lines that were tied into tabletop gaming. LJN line of Advanced Dungeons & Dragons figures from the 1980s that coincided with the D&D cartoon, a three figure Vampire: The Masquerade line from Diamond Select in 2002, the Shadowrun Duels figures and game from Heroclix and Play B Toys in 2003, Pathfinder Minimates from Diamond Select in the mid-2010s, and Funko’s Magic: The Gathering Legacy Collection figures from 2014. Not a huge selection for 30 years worth of toys.

Through the four figures we got, you can see Mike Pondsmith’s iconic Cyberpunk character, Johnny Silverhand, modeled on Keanu Reeves. With the announcement that R Talsorian is adapting 2077 to tabletop, these video game action figures are retconned into RPG action figures. 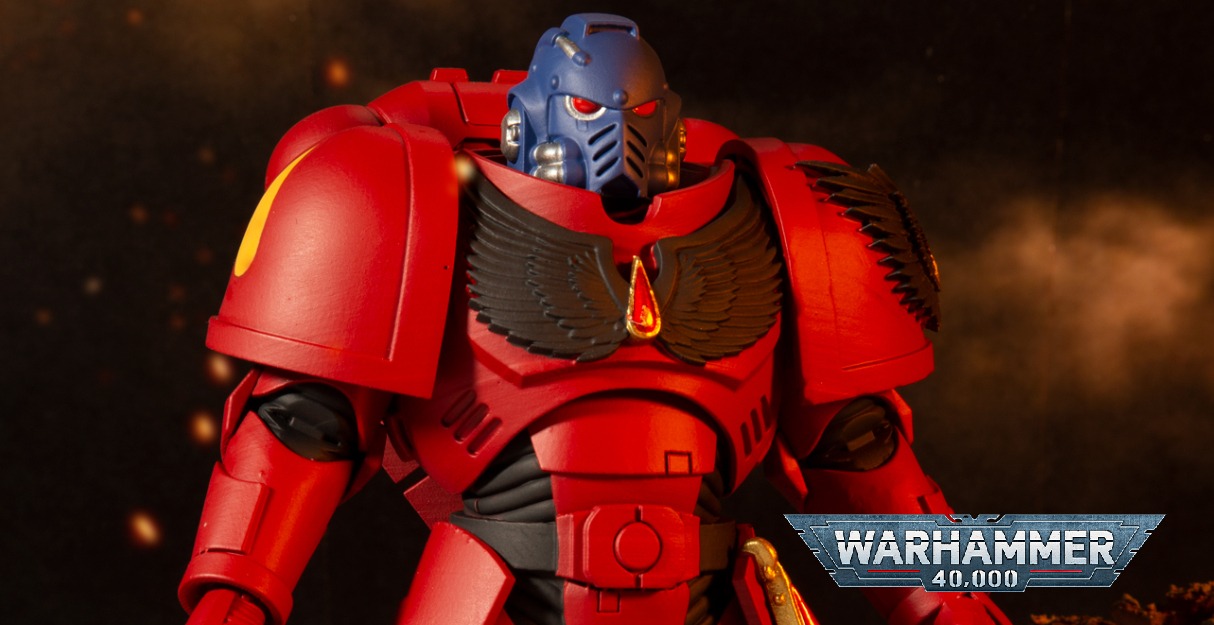 Let’s talk about the most successful tabletop to action figure line to-date: McFarlane Toys’ Warhammer 40,000 figures. Sure, Warhammer 40,000 is a miniatures wargame, but Cubicle 7 has a successful RPG line in the Wrath & Glory series. Regardless of wargames or RPG debate, Warhammer 40,000 is tabletop, and its figures are available in Walmart, Target, Amazon, and more. Produced as fully painted 1:10 scale figures or primer gray colored “Artist Proof” variants in case you like the unpainted look or want to paint the figure yourself, McFarlane Toys’ versions of these figures are a mass market line with many different types of figures from space marines to guards to orks to flayed ones and genestealers. 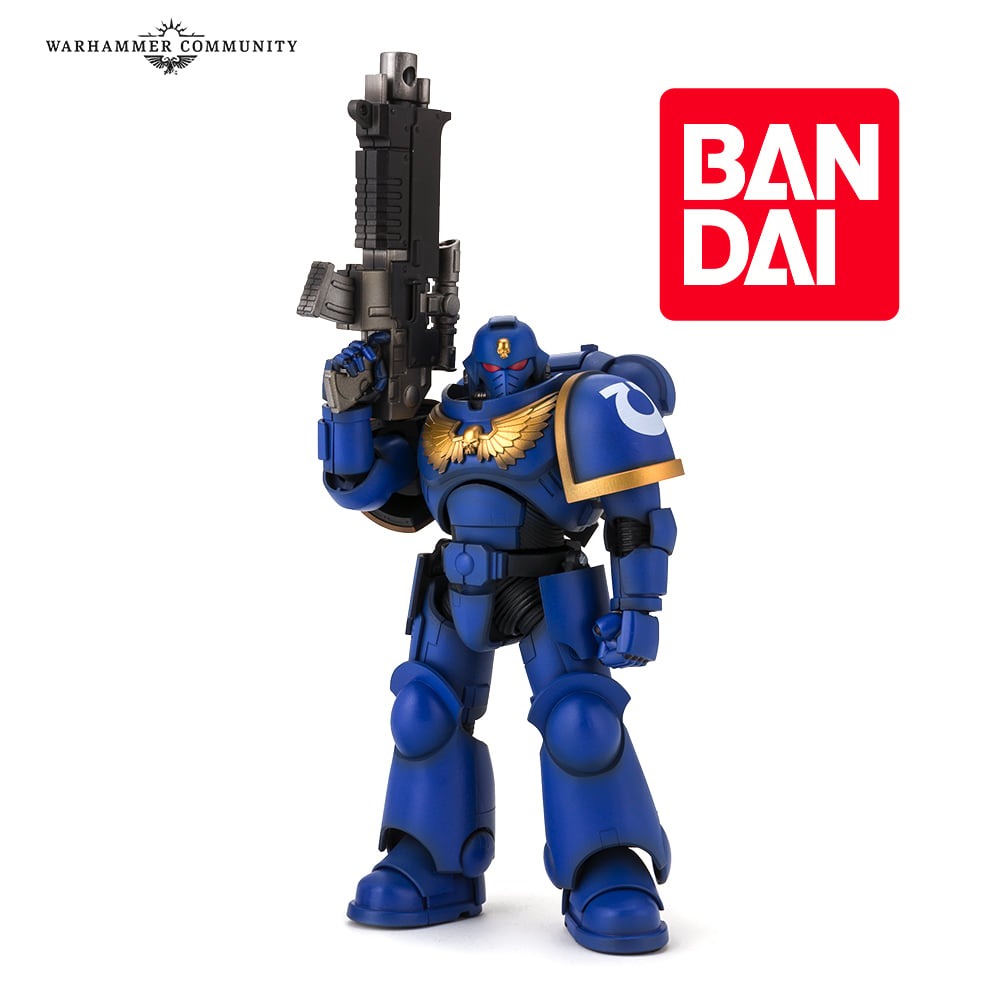 Competing with McFarlane Toys’ Warhammer 40,000 line is Bandai’s version. Bandai produces figures that are nearly the same scale as McFarlane’s, but have their own aesthetic. Like McFarlane Toys, the Bandai offerings are beautifully done. That said, there is a notable price difference between the two lines, with Bandai’s closest in cost to the third toy company making Warhammer 40,000 figures. 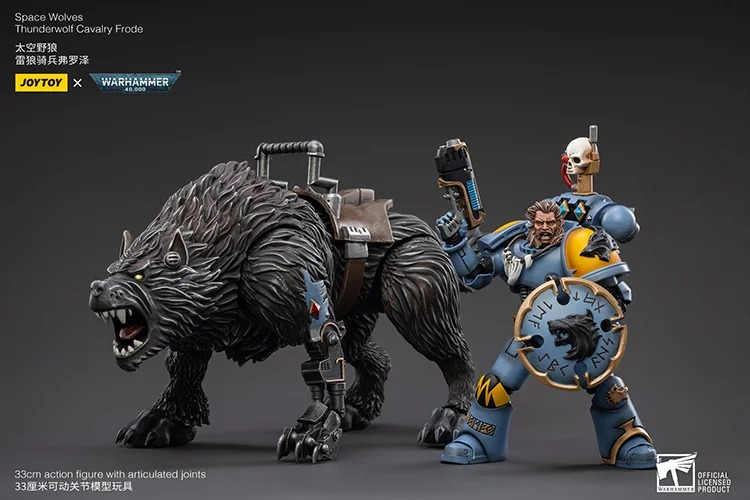 In the final part of this gift guide, I look at all of the current and upcoming Dungeons & Dragons figures as well as The Legend of Vox Machina’s lines. Be sure to check it out if you’re looking for the right gift this holiday season!

A friend of mine purchased a few of the Joytoy 40K figures and they are impressive. We are hoping to play a 1/18 scale Kill Team game in the near future!

pogre said:
A friend of mine purchased a few of the Joytoy 40K figures and they are impressive. We are hoping to play a 1/18 scale Kill Team game in the near future!
Click to expand...

pogre said:
A friend of mine purchased a few of the Joytoy 40K figures and they are impressive. We are hoping to play a 1/18 scale Kill Team game in the near future!
Click to expand...

At this point you could probably do a four-way skirmish between the Space Marines, Traitor Guard, Chaos Marines, and Necrons! It feels like they are working their way through the entire product line in action figure form!