Holiday Gift Ideas for Your Players

We already covered gift ideas for game masters, but this list is a bit different because it includes gifts for larger groups. A game master or another player would presumably buy them for the entire group and then each player picks a color or type as fits his character. These products are sorted from least to most expensive. Click the title to purchase them on Amazon.

LITKO Mounts ($4 to $25)
Do you have a paladin, ranger, or druid who is always riding a horse, giant wolf, or unicorn? Did somebody tame a dragon? Or a griffon? Or a pegasus? Do you need a giant chicken in your life? Then LITKO's got you covered with these miniatures that easily fit a 1-inch round miniature onto them. Price ranges from $4 for a horse up to $25 for the larger dragons. 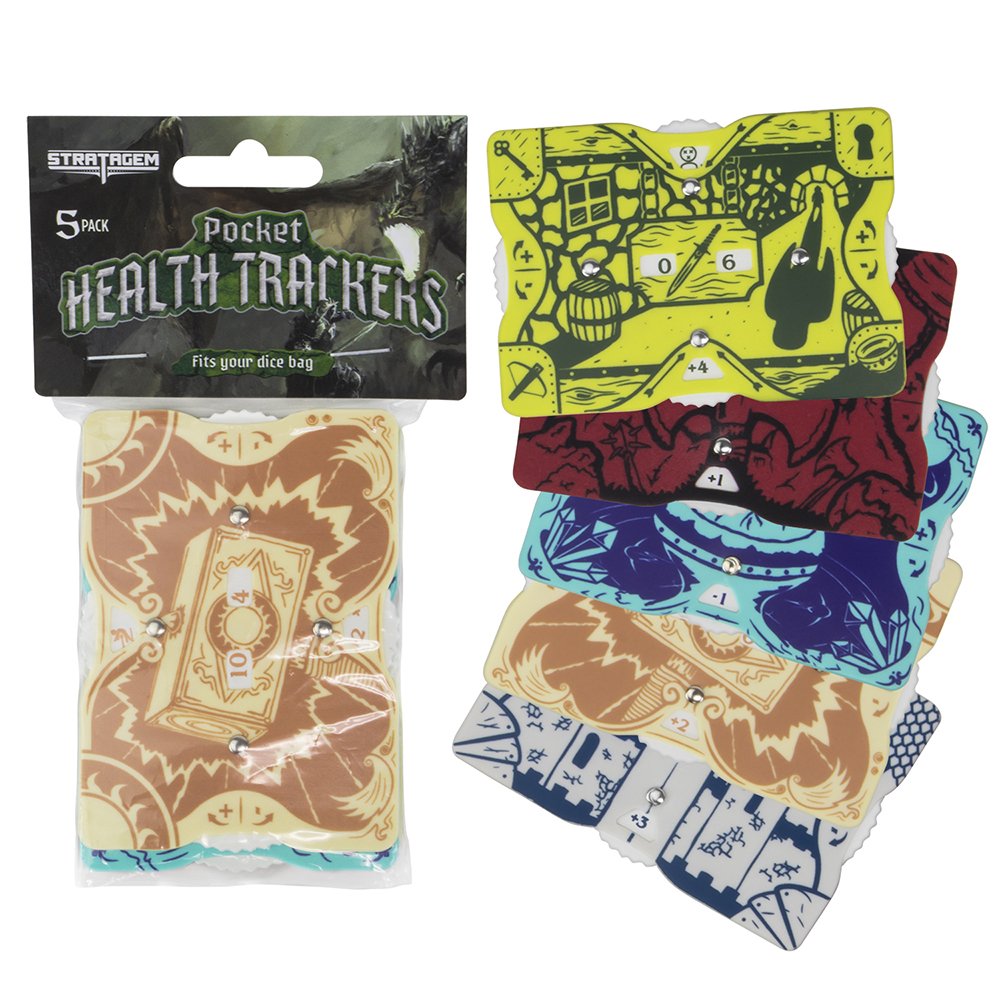 Stratagem Pocket Health Trackers ($10)
This great idea allows up to four players to track damage for their characters. There are also some limited status effects that don't match to 5E or Pathfinder, so it's mostly for that player who has erased a hole in his character sheet from taking damage so often. 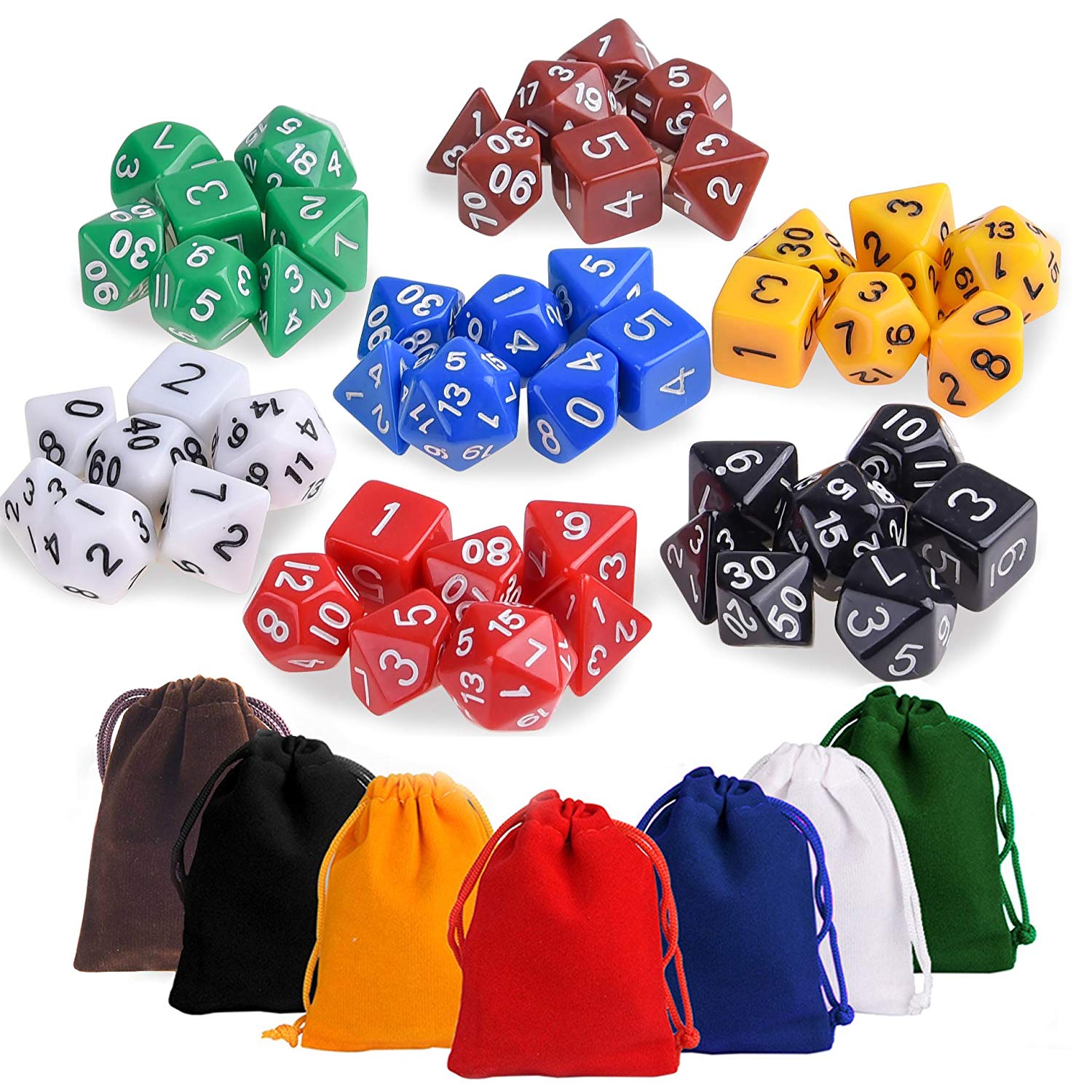 KUUQA Dice Set ($11)
There are many dice sets on Amazon, but only one set has the dice color-coded to match the dice bag that comes with it. It includes seven different sets of dice in white, green, red, blue, brown, black, and yellow with corresponding bag. Each of the dice are clearly legible with white numbers, except for the white and yellow dice which are in black. I have these dice for new players and they are very helpful when trying to distinguish who's rolling what on a table. 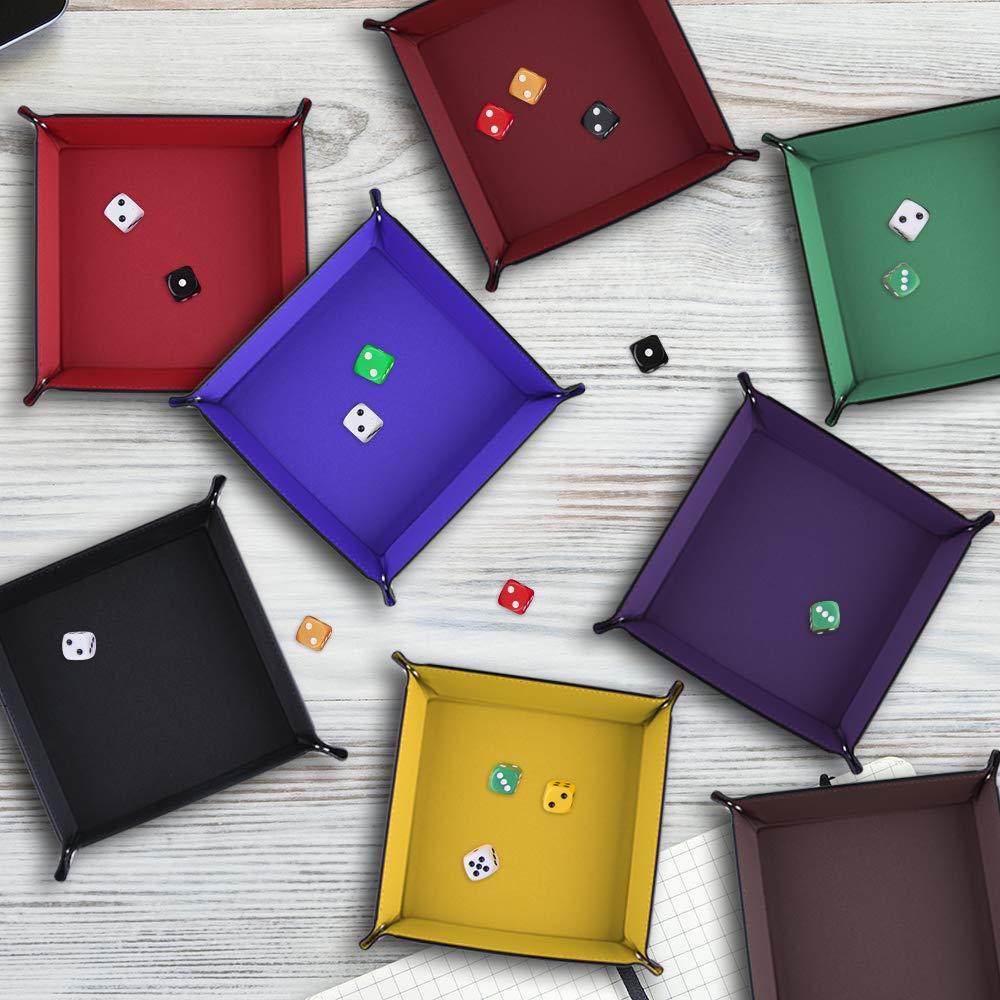 SIQUK Leather Folding Dice Tray ($24)
These dice trays are for crowded tables, scattered play surfaces, or that player who rerolls three times because it falls onto the floor every time. It comes in a set of eight, each with a different color, and can be laid flat or the corners can be snapped together to ensure the dice can't escape. 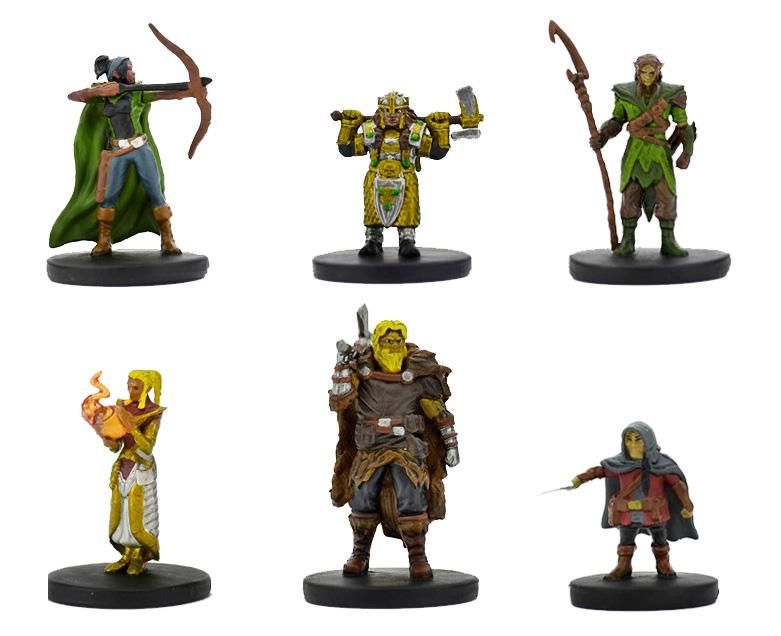 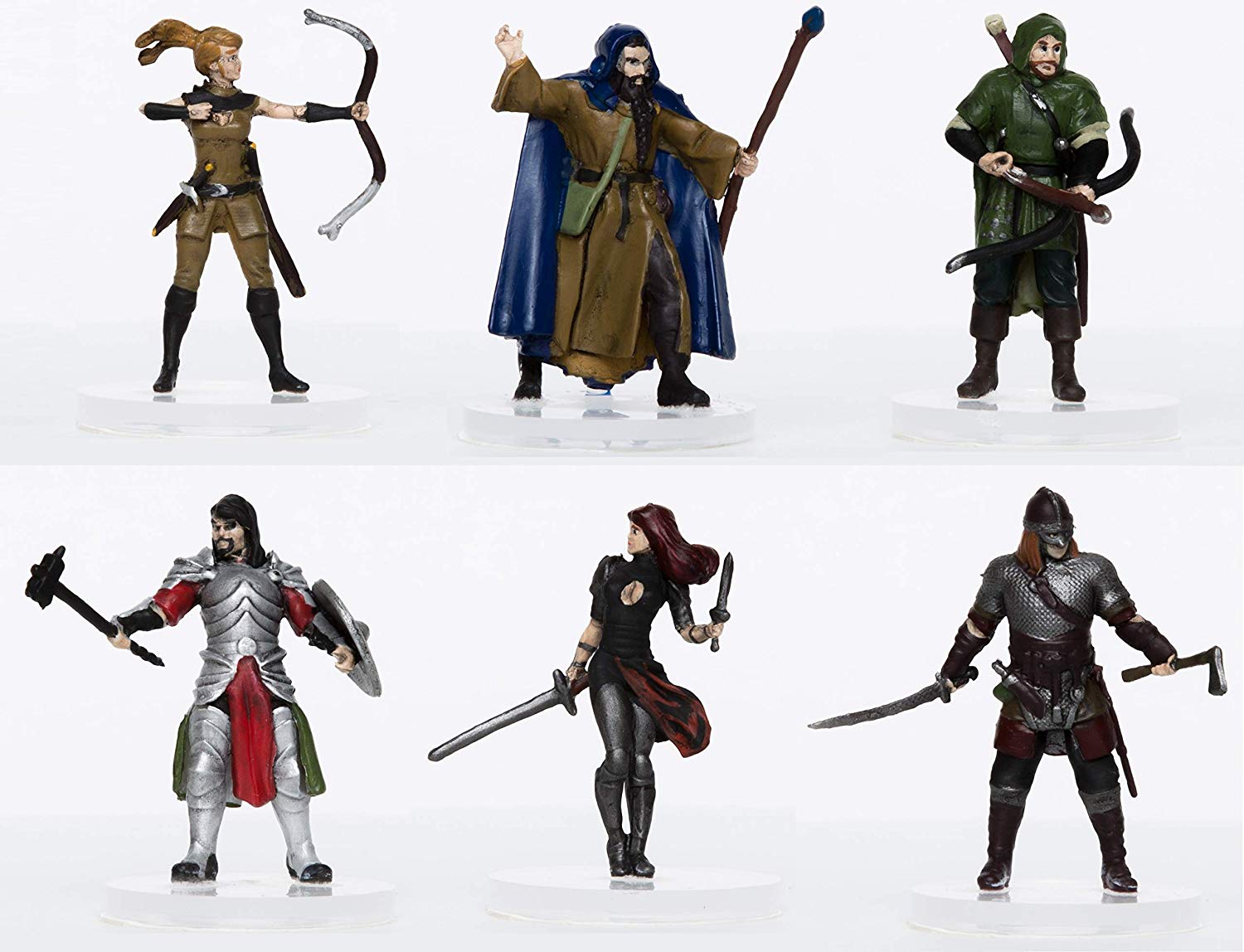 Role 4 Initiative Human Adventurers Party ($27)
If the party is primarily humans (or if you have near-humans and your players aren't too picky) this set is probably a better choice for most gaming groups. It consists of six pre-painted miniatures: female human archer, male human wizard, male human ranger, male human cleric, male human viking (barbarian again), and female human blademaster. 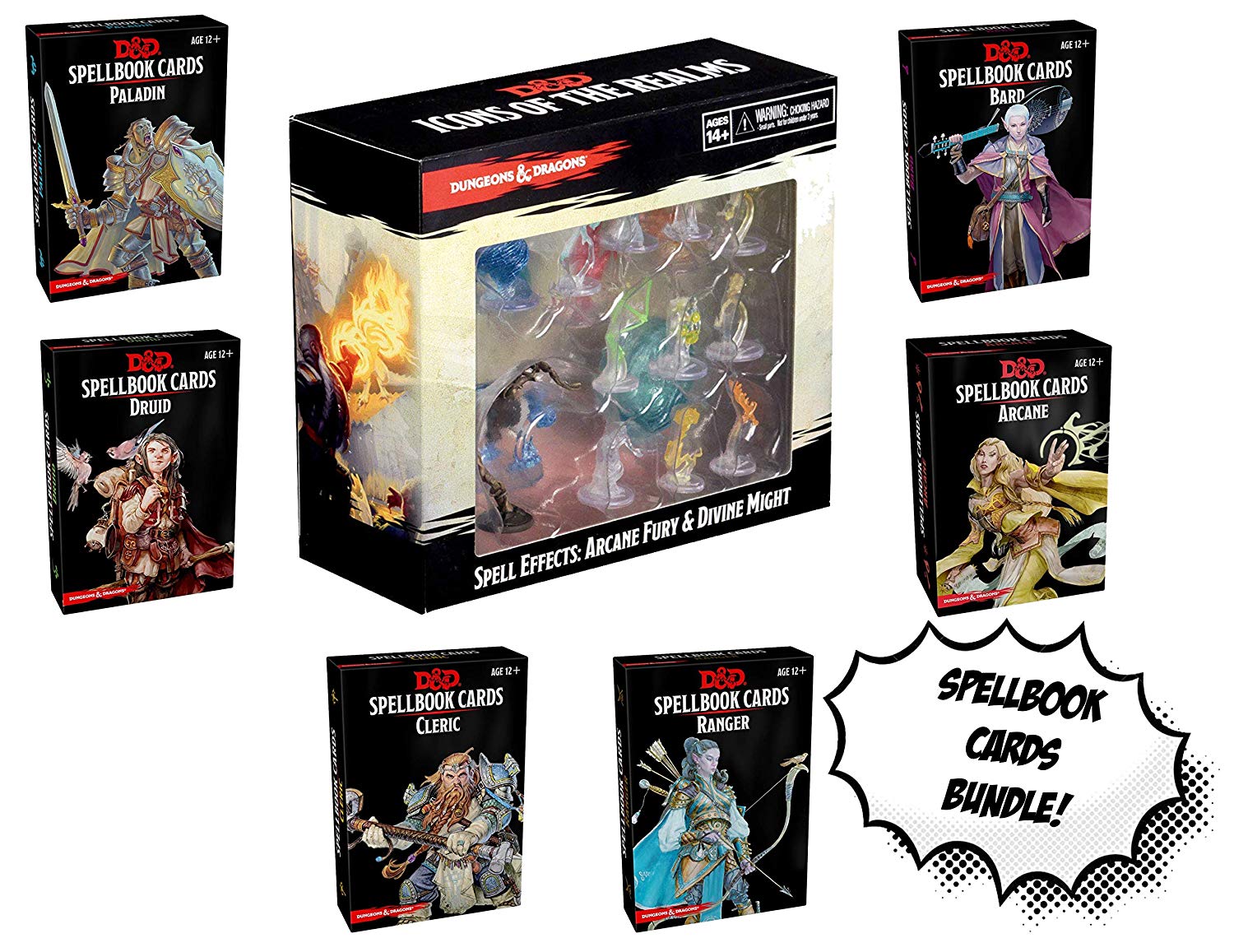 I was in the Role 4 initiative Kickstarter....went smoothly and the minis turned out great.

GMs can do gift-giving very cheaply, if their players are properly invested in the game. Magic items make great gifts! Provided you don't nerf them in the next session.

...unless you're using blockchain. Then you might actually have to pay for magic items:

The advent of blockchain technology has effectively given the intangible real, permanent value. When it comes to fantasy games largely relegated to the imaginary realm, blockchain technology could now ensure your character's +3 sword is truly unique...and could even be sold to someone else...
www.enworld.org