I've made a couple of changes to my live Hot Roleplaying Games chart. The chart monitors over a quarter of a million forum members and approaching a thousand blogs on a selection of major independent RPG discussion forums to create an overall sample of what games are being discussed on the web.
The changes I've made are as follows (they will take 90 days to fully reflect, though):

As a reminder, it'll take 90 days for the stats to fully catch up with the changes, as the new tracking began today (thought the OSR list shouldn't change much - it's the same list it was using before, but is public now). 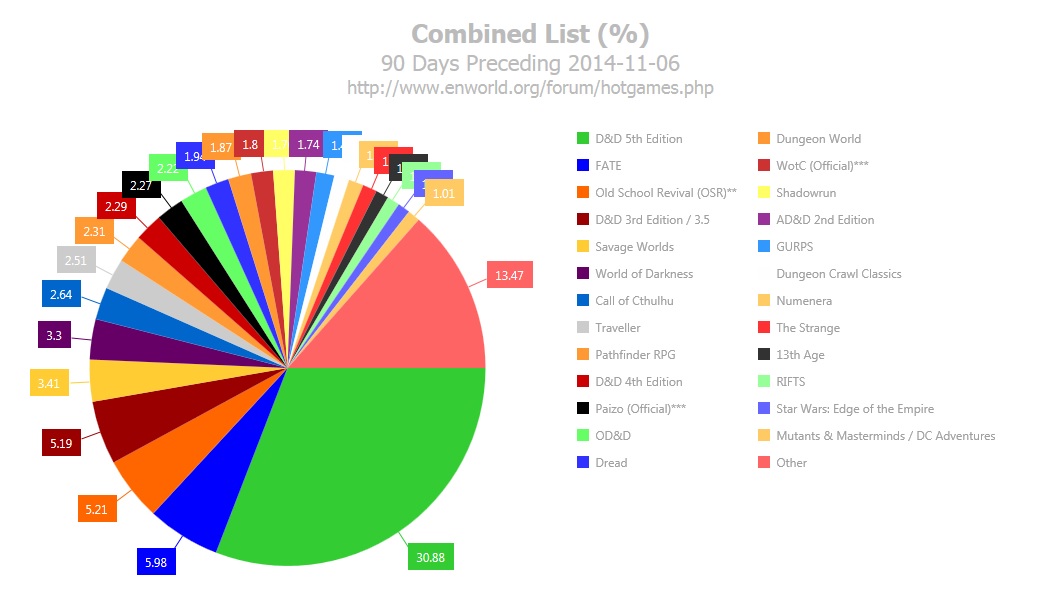