D&D 5E Is Icewind Dale: Rime of the Frostmaiden the New D&D Adventure?

It looks likely that the upcoming D&D adventure is indeed an Icewind Dale based storyline called Rime of the Frostmaiden! I can't vouch for the veracity of this, but I was cc'd into a Tweet by Navy DM on Twitter who says they found it on Reddit.


Feel the cold touch of death in this adventure for the world's greatest role playing game.
UPDATE -- the awesome Geek Native ran the small cover screenshot through an image enhancing application, to create the larger image below. 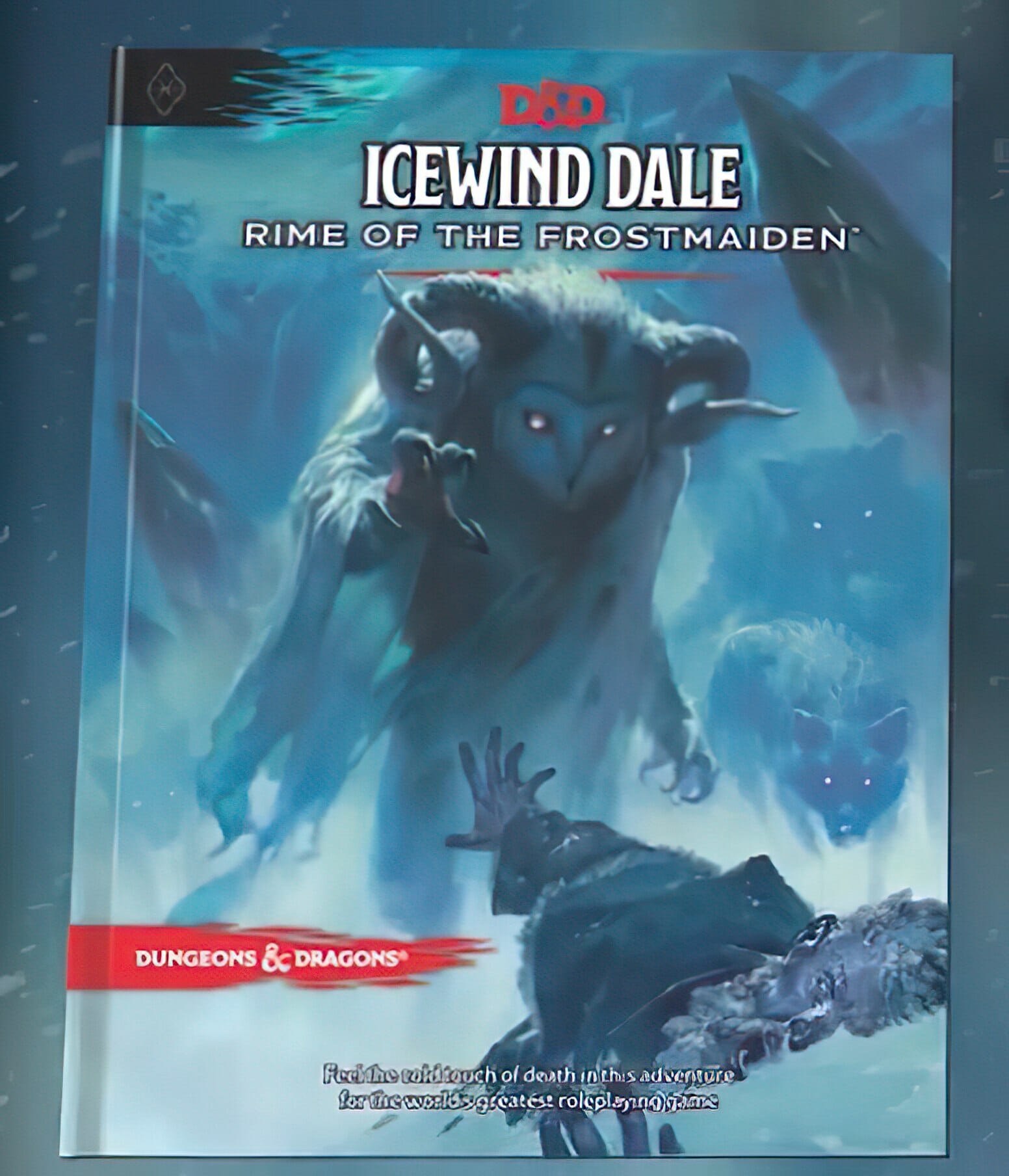 There's a post here on Reddit which says "The DnD Beyond YouTube channel posted a trailer for a new book, Icewind Dale: Rime of the Frostmaiden, then immediately deleted it." The post has been removed since. I found the above image posted by somebody called smightmight, who looks like they screen grabbed it from the video before it was removed.

Rime is ice which forms from water droplets on surfaces.

An Icewind Dale setting was the current favourite guess for the location of the new D&D adventure based on various hints from WotC, including this snowy owlbear t-shirt! 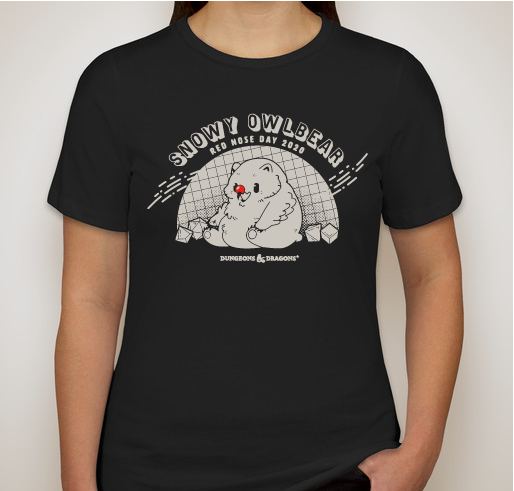 (thanks to Pixellance for pointing me at this!)

Eltab said:
The way to make Auril de-power into the next lower form is for the party Bard to sing That Song.
The player, not the character.
I've heard some would-be Bards sing - this should be properly horrifying.

It's even more offensive to the ears of a singer, which I am.

Demetrios1453 said:
I almost expect WotC to put in some sort of oblique Frozen reference in this now...
Click to expand...

Tangentially, in one of the videos (Creating Icewind Dale, on D&D Beyond), Chris Perkins was saying the co-authors conspired amongst themselves to place as many mountain goat references in the book as possible, in as many places and so long as they made sense lol.

Tritons are buffed with Darkvision in Theros, and Satyrs are more powerful than (overrated) Yuan-Ti in every respect.

Given that Volo orcs are out the door as well, I think WotC now considers Volo races fair game for revision.

Paul Farquhar said:
Tritons are buffed with Darkvision in Theros, and Satyrs are more powerful than (overrated) Yuan-Ti in every respect.
Click to expand...

No, not every respect. Poison Immunity is nothing to sneeze at.

B
Icewind Dale: Rise of the Frostmaiden Dice & Miscellany Review

D&D 5E The Gaming Gang Pages Through Icewind Dale: Rime of the Frostmaiden
2