Is there demand for a “tactical” RPG akin to 4e?

I'm hoping to run some Amethyst characters next year in a home-brewed setting, so a "4E with guns" type game.... The production values (of Amethyst) are good & the at-will, encounter, daily powers etc. nicely themed to the modern/"post-apoc." type background whilst retaining the familiar 4E play style...

le grand fromage said:
I'm hoping to run some Amethyst characters next year in a home-brewed setting, so a "4E with guns" type game.... The production values (of Amethyst) are good & the at-will, encounter, daily powers etc. nicely themed to the modern/"post-apoc." type background whilst retaining the familiar 4E play style...
Click to expand...

Let me know how that goes! I had my eye on Amethyst from a while back...

I'm hoping my players will go for Battlestations (Gorilla Games)... which straddles the RPG/boardgame line (intentionally, per the brothers Siadek, the authors).

le grand fromage said:
I'm hoping to run some Amethyst characters next year in a home-brewed setting, so a "4E with guns" type game.... The production values (of Amethyst) are good & the at-will, encounter, daily powers etc. nicely themed to the modern/"post-apoc." type background whilst retaining the familiar 4E play style...
Click to expand...


I keep thinking of picking that up and get cold feet.

Thomas Shey said:
I keep thinking of picking that up and get cold feet.
Click to expand...

The author has adapted Amethyst so many different rule systems that I personally find it difficult to navigate it all as a potential buyer.

That's been part of my issue, too. I think I may even have the Savage Worlds version now that I think about it.

I'd like a game which takes the idea of 4E but presents it in more of a low-fantasy and gritty way.

I'm a fan of games like X-Com, Mutant Year Zero, and Fallout Tactics.

If there were a way to present something like that in ttrpg, I'd likely enjoy it.

Makapatag (Gubat Banwa) got a mention in this article about indie TTRPG designers to look out for in 2022, which is great because I want to talk about another designer on this list, Jay Dragon! 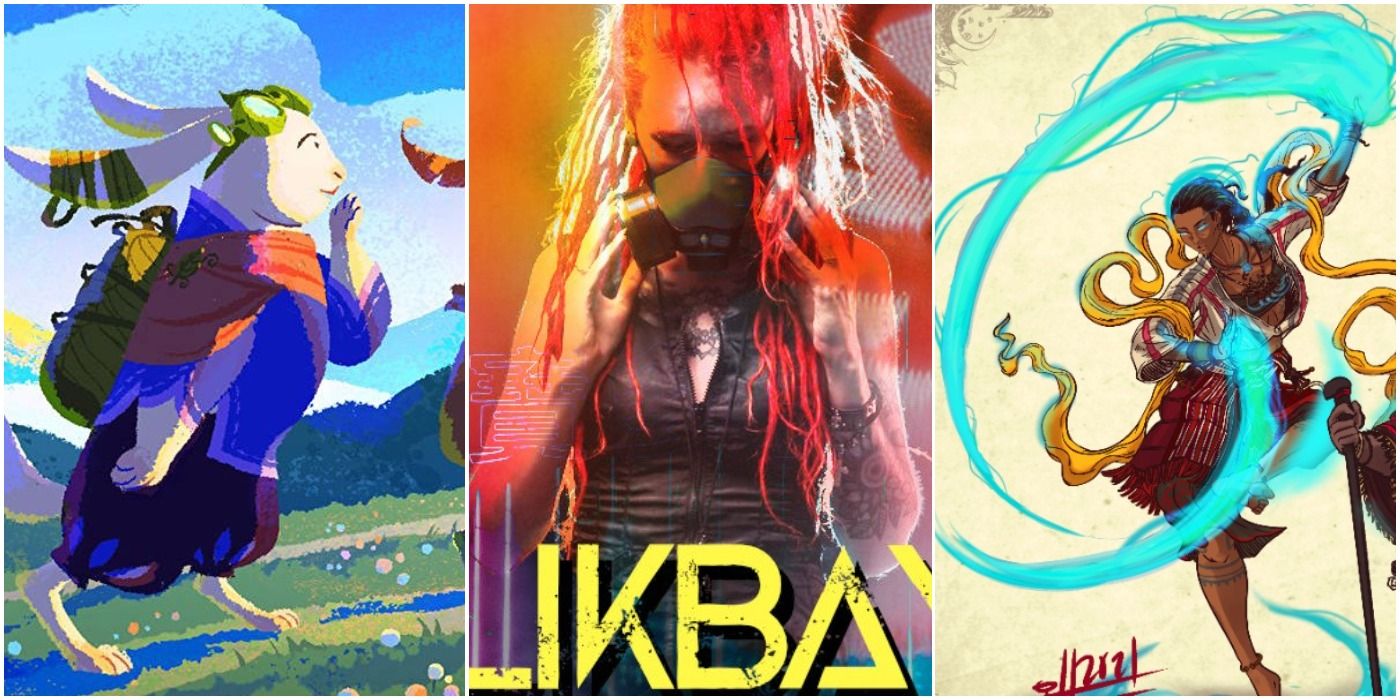 Regardless of genre, style, or complexity, independent tabletop games have something for everyone. Be on the lookout for these designers in 2022.

You see, Jay is best known for diceless, GMless Belonging Outside Belonging games like Sleepaway and the KS hit Wanderhome, so why would we be talking about them in this thread?

Because of In The Time Of Monsters. 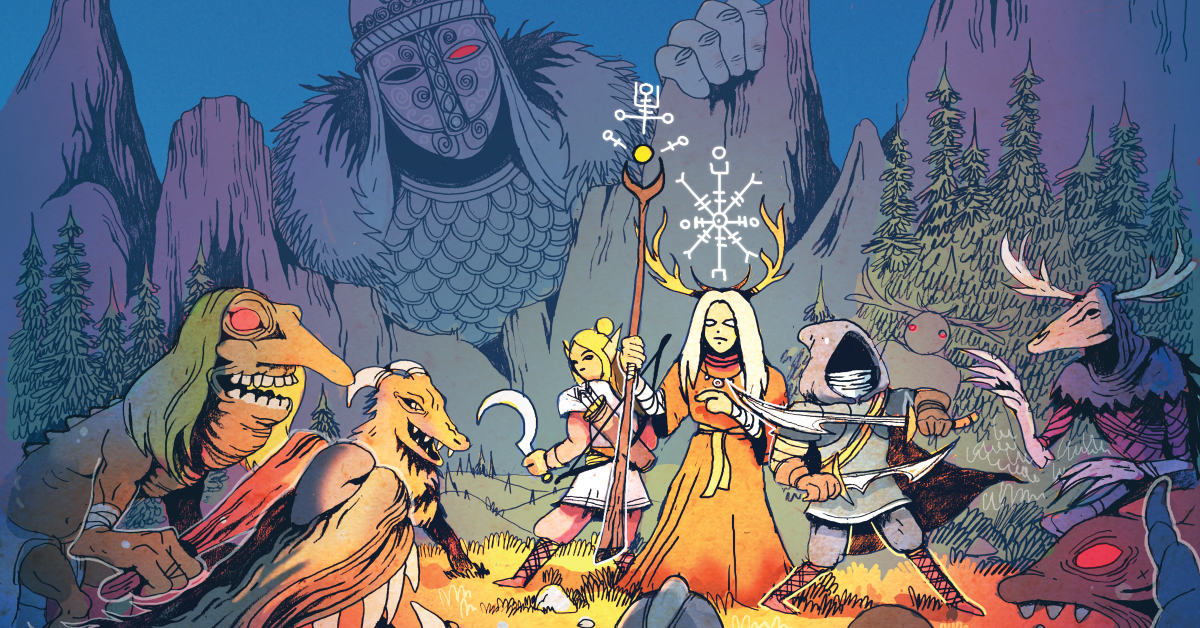 In The Time Of Monsters by Possum Creek Games

A tactical combat TTRPG about Norse heroes fighting at the end of the world.

It was the final age — the old world was dying, and the new world was struggling to be born. Every day Ragnarok drew closer, the end of the world heralded by churning seas and raging skies. The gods grew rotten and weak, their greedy eyes sunken into rotting skulls. The great heroes were reduced to grist in the mill of war. It was the final age before all things ended, and as the world-tree rotted, everyone knew … Now is the time of monsters.
The protagonists of our story (if you could even call them that) are the greatest warriors this world has ever seen. Assassins from the underworld, god-thieves and immortal knights, elfin berserkers and the troll king beneath the mountain. In a time when violence is constant and at such a massive scale, the only way to survive is to cheat death herself
Click to expand...


So, this game is literally about big fights in a doomed world against monsters and corrupted Norse Gods like Odin and Loki and the shambling mindless body of Thor (there's a bit of a story behind that).

It's a 60+ page exploratory draft, without layout or art, to be developed further in the future. But in the "early access" tradition of many itch.io games (like LANCER, ICON and Gubat Banwa), you can get the draft now, which has eight player classes and two dozen enemies, ranging from common warriors and beasts and trolls to valkyries and gods, up to, well, this wayward child of Loki: 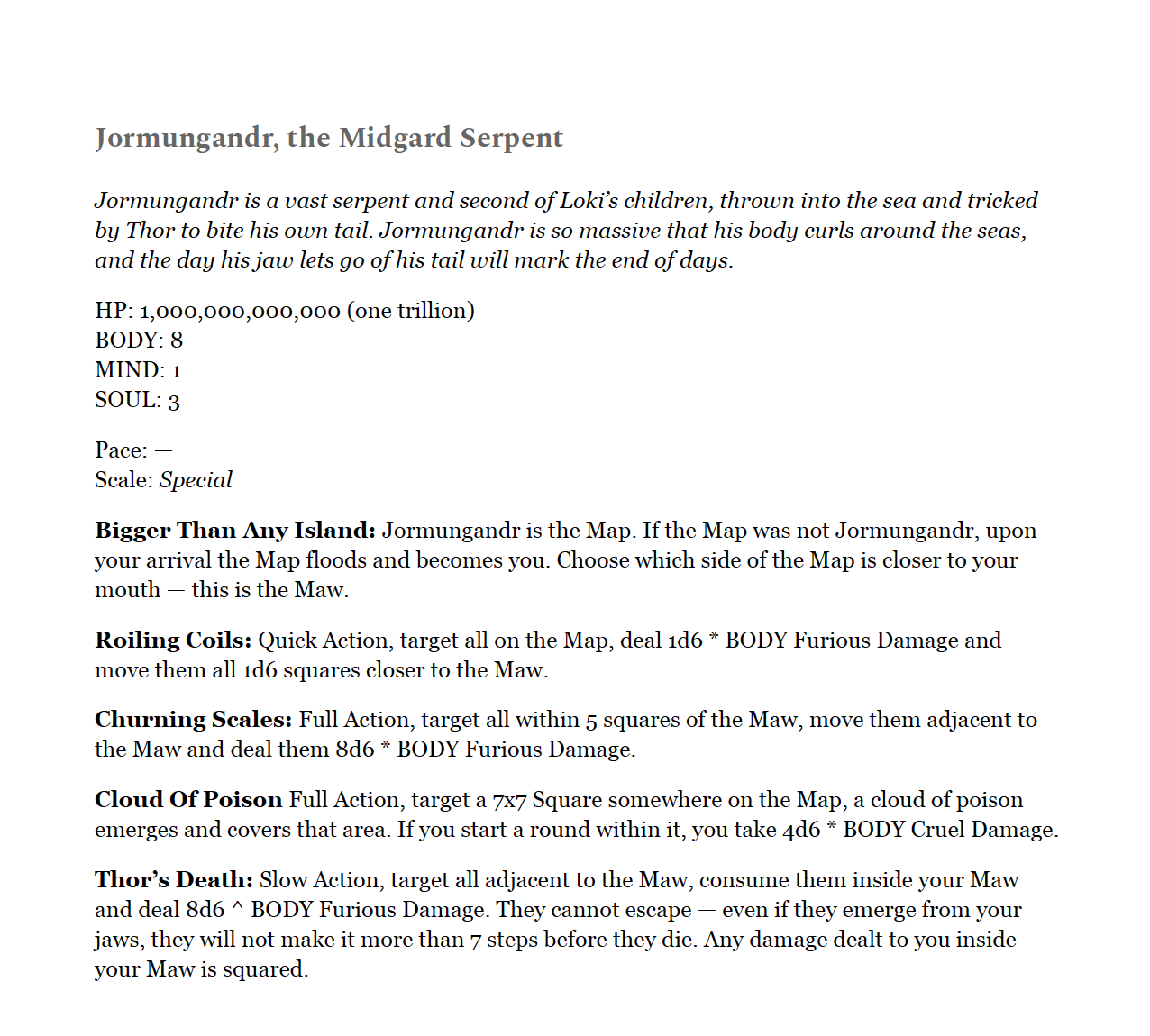 So. Notice that the game, like Gubat Banwa and Electric Bastionland, does not have hit rolls. You just choose a move, point and click. It hits automatically like a Magic Missile, and you roll dice and do some arithmetic. Some addition. Maybe some multiplication. Maybe, in the case of the Midgard Serpent, you raise a 8d6 roll to the power of 8.

Yes, to the power of.

This game is about huge ridiculous damage numbers and abilities that rearrange the map. It's full of powers that break the rules (limited abilities to avoid damage, and turn it back on enemies, etc). Everyone has different ways of cheating death, like the renegade elf starting at negative hp and just going lower when you get hit, then using that value to boost your powers. Or the seer who reduces a hit to 1 damage. The hero who stole Thor's Hammer who can unleash lightning against everyone on the table at the same time. The troll hero who smashes you for enormous damage, then you either get flung back 3 squares or take double damage.

It's wild and playful and kind of hilarious, and that's the point.

Tun Kai Poh said:
Makapatag (Gubat Banwa) got a mention in this article about indie TTRPG designers to look out for in 2022, which is great because I want to talk about another designer on this list, Jay Dragon!
Click to expand...


Tun Kai Poh, I look forward to reading your posts and recommendations. Thanks for sharing!

aramis erak said:
I'm hoping my players will go for Battlestations (Gorilla Games)... which straddles the RPG/boardgame line (intentionally, per the brothers Siadek, the authors).
Click to expand...

Wednesday, we started with Battlestations.

Thunderfoot said:
So I'm not a fan of 4e. I say this only so that you understand that I'm sincerely trying to help.

So, one of the issues that 4e had was that it was more wargame than RPG and I think that's probably more what you are looking for, the difference is you are looking for squad based tactics versus army tactics. My suggestion is to check out Chainmail from the 90s. It was the pre-cursor to the D&D minis collectables and was a solid game.

Also you may want to use a game like Squad Leader and pulp the crap out of it to make a fantasy re-hash. Probably not what you were imagining, but hopefully it will open doors that were otherwise shut. Best of luck.

For those aiming in this direction, I think Descent (at least 2nd edition – I haven't tried the recent version) or Star Wars Imperial Assault can scratch that "tactical boardgame with RPG elements" itch. In both, most players control one character each, with varying stats, abilities, and equipment. You move through gridded boards trying to accomplish various tasks, while the Overlord/Imperial Player is playing all the monsters and putting various obstacles in your way.

Justice and Rule said:
I did like his scenario that they are not optimized for, where they need to get off the map in a certain number of turns but they have a Drake who can't possibly make it, so the players have to improvise. It involved a lot of friendly grappling, as well as a Virgil reference.
Click to expand...

This actually reminds me of an Imperial Assault scenario we played where we were escorting an "NPC" somewhere (IIRC, it was a prison break scenario), and realized with one round to spare that we weren't going to make it just using that NPC's own movement. So my character used an ability to give someone two extra movement points. This then put the NPC in range of the jedi wannabe, who could then use her Force Push to throw the NPC an additional three squares, and that meant they could use their own movement to get out. That felt awesome.

Though the "Solo" part was not looked for, I also wonder how Five Parsecs from Home by Modiphus lands on this question.

I've thought of using a modified version of Fourth Edition as the rules for a fighting game-inspired campaign set in the Coreline setting. I think that the At-Will/Encounter/Daily system could work well to represent a fighting game with special moves and the like.

P
Various ways of setting up and starting RPG play
2

RPG Print News – Something is Wrong with the Chickens and More