Jack Vance's Lyonesse trilogy, released in the 1980s, and set in the Elder Isles off the coast of Cornwall, is a saga of high magic and fey kings, chivalric knights and capricious fairies, imprisoned demons and cunning espionage, all set in the Dark Ages of a mythical Europe. This world is being brought to life in a standalone roleplaying game using the Mythras system, and will be published in late 2019/early 2020 by The Design Mechanism. 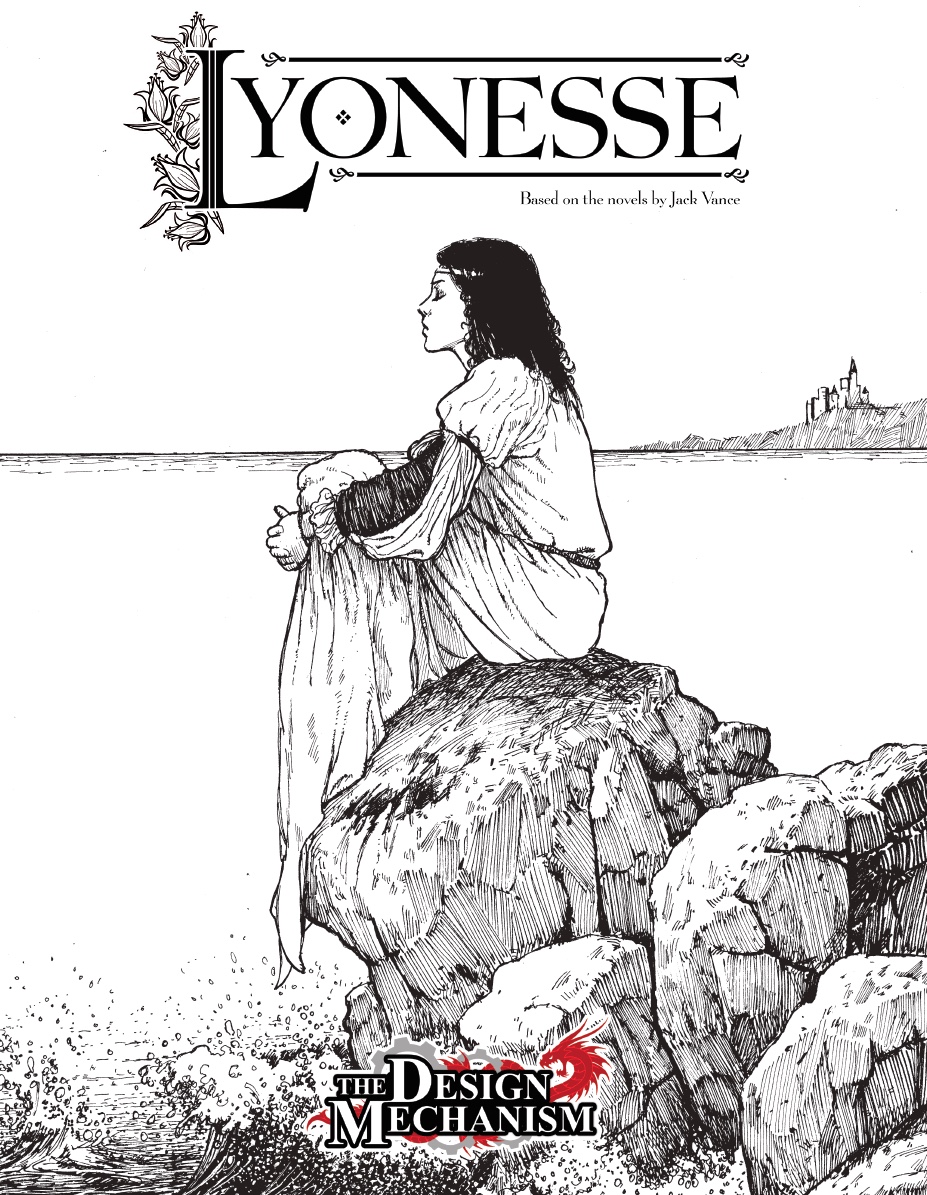 The RPG will present an overview of the Elder Isles, including its geography, history, politics, and characters. The developers say it has "the grittiness of Westeros, the cautionary darkness of Grimm’s fairytales, and the haunting allegory of Spenser’s The Faerie Queene" with roleplaying opportunities which include "expeditions in search of magical treasures; plundering the forgot-ten tombs of long-dead demigods and imprisoned demons; devi-ous espionage on behalf of the fractious kings; courtly intrigue among the decadent estates of the noble houses; and questing to lift fairy curses, or rescue their one, true love."

The Mythras system is an evolution of the RuneQuest rules, using a d100 resolution and mid-light mechanics, and descriptive combat.

Originally published in the 1980s, the Lyonesse trilogy includes the novels Suldrun’s Garden, The Green Pearl, and Madouc:

The Lyonesse trilogy – Suldrun’s Garden, The Green Pearl, and Madouc – tells the story of the Elder Isles, and the ambitions of King Casmir of Lyonesse to bring its fractious kingdoms under his sole rule. Casmir is opposed by Aillas of Troicinet, the lover of Casmir’s daughter, Suldrun, and father of Dhrun, a child raised among the fairies of Thripsey Shee and destined to sit on the throne Evan-dig, which King Casmir believes to be his own destiny. What transpires is a saga of true love, betrayal, cruelty, slavery, revenge, battle, and the whims of both high magicians and fairy kings. Aillas is aided by Shimrod, scion of the great wizard Murgen, while Casmir gains the favour of Tamurello and his lover, Faude Carfilhiot, scion of the witch Desmëi. Meanwhile, the implacably ambitious Ska seek to bring the Elder Isles under their Nordic rule, while the greatest magicians of Hybrasil scheme against each other, threatening the islands’ very existence.
​
The Lyonesse roleplaying game is being developed by Lawrence Whitaker, Pete Nash, Mark Shirley, Dave Morris, and Dominic Mooney.
The character creation rules reflect the fascinating, anachronistic world of Hybrasil, while the magic systems provide every-thing from simple cantrips through to the Sandestin-powered sorcery of Murgen, Shimrod and Tamurello. Complete all this with extensive guidance for roleplaying in Jack Vance’s wonderful landscapes (including the importance of elo-quent obfuscation, the most admi-rable attire, and viands of the finest savour), and one is left with a role-playing game sure to transport even the most hardened grognard into the heart of the Elder Isles.
​ 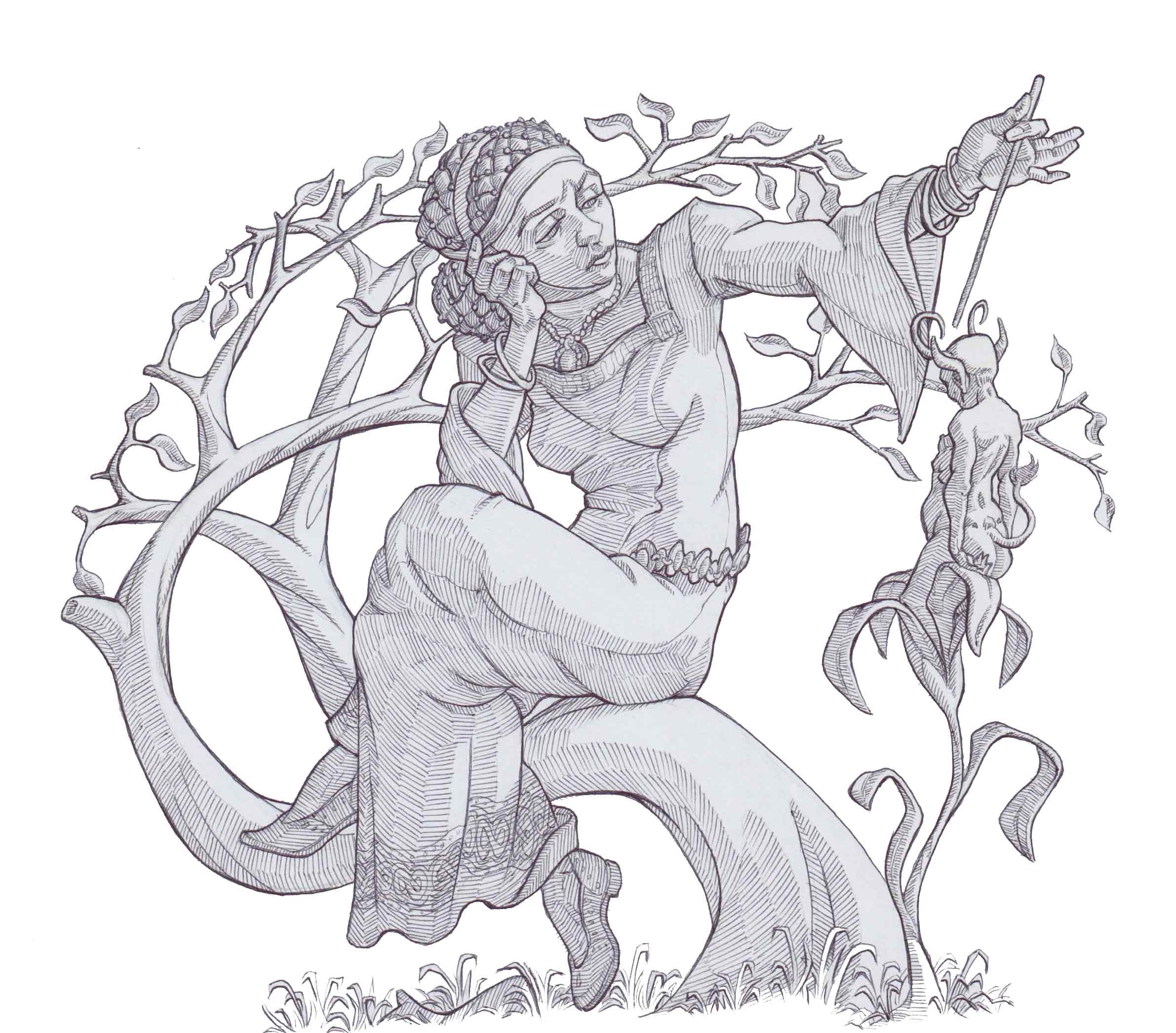 Oh yeah sold on this! It's that Dave Morris of Dragon Warriors fame? If so that's even better news!

Thanks for this, Morrus. I added it to...[h=3]The world's most complete directory of tabletop RPG depictions of fictive worlds which originated in other media[/h]

This will be one I’ll look forward to with great impatience over the coming months lol.

Curious to see their take on the magical system as it is the same as The Dying Earth, another Jack Vance series that was the base model for D&D.

If your interested in what the Mythras system is like it just landed in the bundle of holding.