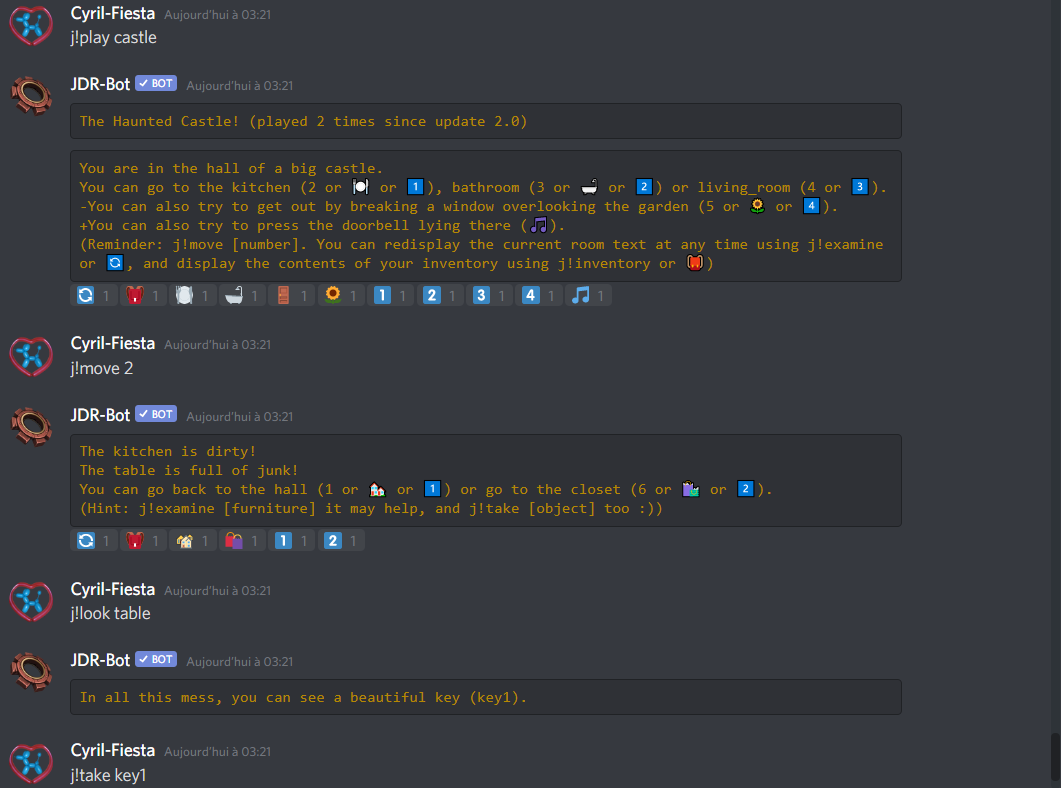 JDR-Bot us him own syntax in his script. Anyone can write a script (interactive fiction, escape game or other game) on it, test it, and send it to me, so i can add it to the official ftp.

On the script, you can use pictures, sounds, discord reactions, variables, conditions, event, custom action/commands (if you want to make a parser game, it's possible !), etc.

JDR-Bot is Discord Certified, and it's on 270 guilds. I hope it will be as popular in the English-speaking communities :s
One of the scripts is a adaptation of an Game-Book from the French Editor GameFlow I hope i can adapt other professionnal scenario in the future

JDR-Bot is a French Bot, but since ... today... JDR-Bot is now translate in english (bot, commands, texts, wiki, etc. !). It was a hard work to translate all of it alone ^^' Maybe there is many bugs/translate error left :s
Currently 10 scripts are translated, but others will come soon.

All infos, commands, how to write a script, how to play, etc. : Official Wiki
To test or for more information, join us on discord : Official Discord (or add it on your guild ) It's a French Discord, but English users are welcome (and there is a channel text to play the bot in english ofc)
Your feedback (opinions, bugs, suggestions) will be read with great attention.

I hope you will enjoy it,

D&D 5E Context Switching Paralysis, or Why we Will Always Have the Thief Debate
2 3 4 5 6