You won't be surprised to know that the highly creative people at TSR often did amazing things in their game playing.

I can distinctly remember having a fun lunch with Gary Gygax and he told me that he was very jealous of a few of the designer types at TSR because they ran their own home games. Gary explained to me that he was so busy running the company that he didn't have time to DM a game with his friends. Finally, Gary was fed up with not playing. He decided to have an AD&D tournament to determine the best DM in the company. Many of the people were happy to contend for that honor.

Brian Blume, Gary Gygax, and lucky me were the judges and players in the AD&D games. We set up a list of rules that each referee were judged on. There were listings like: how well did the DM describe chambers, was it just fighting monsters and gathering treasure, we deliberately cheated on our dice rolls to see if the referee would catch the cheating, we insisted on mid-level characters and added a character class ability or two that wasn't in the official books to see if they caught that. 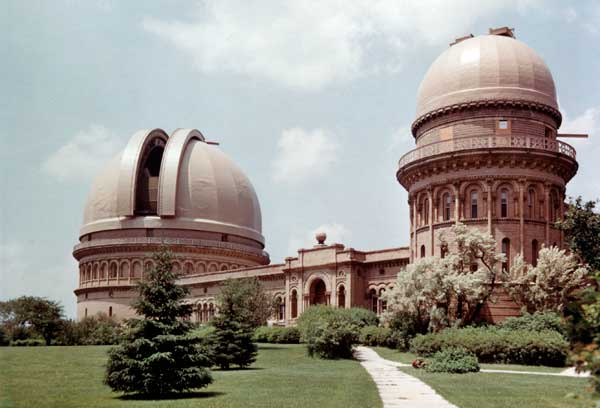 Several of the referees stand out in my mind. Errol Otis was very clever and announced at the beginning of the game that he didn't want to see each of our rolls and he expected us to not cheat. So, naturally we couldn't cheat on the rolls. Laurence Shiek tossed us an interesting feature and stripped us of all of our equipment in the beginning of the adventure and we couldn't test some of the character knowledge on Laurence. Harold Johnson had a clever adventure, but every once in awhile he would pull one of us aside and give us information that the others didn't have, which we didn't know exactly how to judge. Frank Mentzer eventually won the first contest. He had excellent DM skills; his adventure was very good and interesting; and he showed a thorough understand of the character classes. All of those fun games were done because Gary was tired of not having time to play.

I had experience with other game companies and I knew that often the people that put together games never played them anymore. This wasn't healthy in my mind so I acted on it. When I became Vice President I enacted the Thursday afternoon gaming session. My editors and designers got together and played games. It didn't matter what they played, I just wanted them to enjoy themselves. Often they would play-test what they were working on and that always improved the product. My evil company masters often growled at me for this process. They didn't want people being paid good money to be goofing off every week on one afternoon. Twice I carefully explained to them what was happening in those gaming sessions. I talked about learning the competition's games. I detailed the benefits of editors playing games with designers so the editors could better understand the game designs. No matter what I said they weren't buying it. They told me to stop those sessions. I didn't and they never knew I didn't because they thought themselves too high and mighty to go back into cube-land to check things out.

One day I was in cube-land upstairs talking to Jeff Grub when we heard this terrible cry of anguish. We all rushed to the gaming conference room. Steve Winter was playing ONSLAUGHT with Doug Niles. Steve was shaking his head in distress and pain. He had just rolled 3d6 and gotten all 1s when he wanted sixes. We all found it vastly amusing that he could get so worked up about a game. For some reason he never saw the reason for our humor.

Zeb Cook wanted to insert a little atmosphere into his role-playing. He got permission to run his game inside Yerkes Observatory. The place is a wonder with a very 1930s atmosphere. Zeb proceeded to run his game and he introduced the party to Ed Gean. Ed attacked the group and was promptly and easily killed. Later in that adventure he reappeared as a zombie and was just as easily killed. At the end of the adventure he appeared for a third time as an undead ghast and wasn't so easily killed. From then on at about every other adventure Ed would appear as a tougher and tougher undead. The character party tried everything to get rid of Ed. They burned the body to ash and he appeared as a burnt body the next time. They cut off his head and feet spreading the body parts on different pieces of hallowed ground and he appeared as a ghost the next time. Through adventure after adventure from holy water to direct requests to the deities Ed kept appearing. That group doesn't get together anymore, but if they did I'm sure Ed would come knocking.

Always a good read and fun to see some insight to what happens behind the scenes.

Wow, I love the idea about a recurring undead. I'm starting a new group with the neighborhood kids tonight, and I'm definitely going to steal this

Thanks for sharing these stories, they are a wonderful insight into the past. And kudos to you for standing up for what you believed was right and not bowing to the evil company overlords. I truly believe those types of activities make the product and company stronger.

Great stuff! Thanks for writting this.

The Observatory looks amazing from the outside, I can't even imagine it from the inside.

Epic
It blows my mind that the suits upstairs didn't understand the value of people who design and edit games actually PLAYING games. It's not goofing off, it's research (and I don't mean that in the facetious way authors sometimes do when they try to justify 5 hours of web surfing or watching esoteric documentaries).

Yeah... I'm boggled that the evil corporate masters didn't want you to know anything about playing games, but I'm not surprised. The nature of the work ethic in this country is extremely unhealthy in many ways... often including for the very goals that the work ethic is supposed to promote.

I'd just like to state for the record that I wasn't in distress and pain because I'd rolled the dice poorly. I was in distress and pain because I'd punched the wall after rolling poorly, and damned near broke my knuckles. This was in a situation where all I needed on a die roll was anything but a 1 and I'd win the game. And I rolled 1. I'm not trying to defend hitting the wall, but c'mon. Anything but a 1.
Last edited: May 23, 2020

I assume this is pre-Lorraine "no playing games on company time" era? (If this indeed happened. Some people have said its a myth)

What room in Yerkes was it? And who was present?

The next time I introduce a Revanent (sp?) into a campaign, it will be named Ed. (If I remember, that is).

BTW, the observatory on top of the HotDQ 'swamp castle' inspired my Paladin to start a Manhattan Project when I took over as DM and he had to retire from the spotlight.

Oh I've heard about how the TSR execs didn't like playtesting and thought it was employees goofing off on company time. At least Gary knew better there and made an effort to playtest stuff he added to the game. And as 2e progressed, the lack of playtesting showed, because there was stuff that just didn't work right. The was some playtesting going on though, because I've read about the staff playtesting some of the Birthright material. One of the head guys on the staff, I don't remember if it was Jim or someone else, apparently had a blast playing the evil overlord threatening everyone else. Things changed after WotC took over; they had gaming sessions so everyone in the company could some experience at the game. An issue of Dragon had some pictures of the sessions, and it was the first time some of them had played D&D.

Orius said:
An issue of Dragon had some pictures of the sessions, and it was the first time some of them had played D&D.
Click to expand...

You have a population of thousands and thousands of fans who love the game and would give their left arm to be able to design the game, but instead you
hire designers who have never played it? I'm speechless.

I'm so glad that WOTC brought some sanity to the process, and clearly with 5e they've learned their lesson.

Well remember, this was the late 90s we're talking about. WotC was primarily MtG and other TCGs, so some of their people didn't have experience with RPGs.

You have a population of thousands and thousands of fans who love the game and would give their left arm to be able to design the game, but instead you hire designers who have never played it? I'm speechless.

The people who hadn't played D&D before weren't D&D designers or editors, they worked elsewhere in the company.

My web-fu is poor, but ... this is where to embed a video snippet from LotR:
Aragorn has tracked Merry and Pippin the long way across Rohan and finds the funeral pyre of orcs. He turns aside, kicks a helmet and collapses letting out a cry of anguish. (In fact, Vigo Mortessen missed the helmet and kicked a big half-buried rock; he broke his foot and collapsed yelling in pain.)

The Revenants in Curse of Strahd harrashed my players at one table to no end. At a near TPK the druid turned into a giant gorilla to gather up the party dead and dying so they could run away, a giant ape being MUCH faster than the Revenants.

Next time they are going to all be Ed.

aco175 said:
Always a good read and fun to see some insight to what happens behind the scenes.
Click to expand...

Agreed. I love these stories of the old days!

Steven Winter said:
The people who hadn't played D&D before weren't D&D designers or editors, they worked elsewhere in the company.
Click to expand...

Ah, thank you. That definitely helps explain it. I feel much better now