Shane Ivey agreed to discuss all things Arc Dream Publishing with me including Delta Green and his Swords & Sorceries D&D 5E adventures inspired by ancient myth. 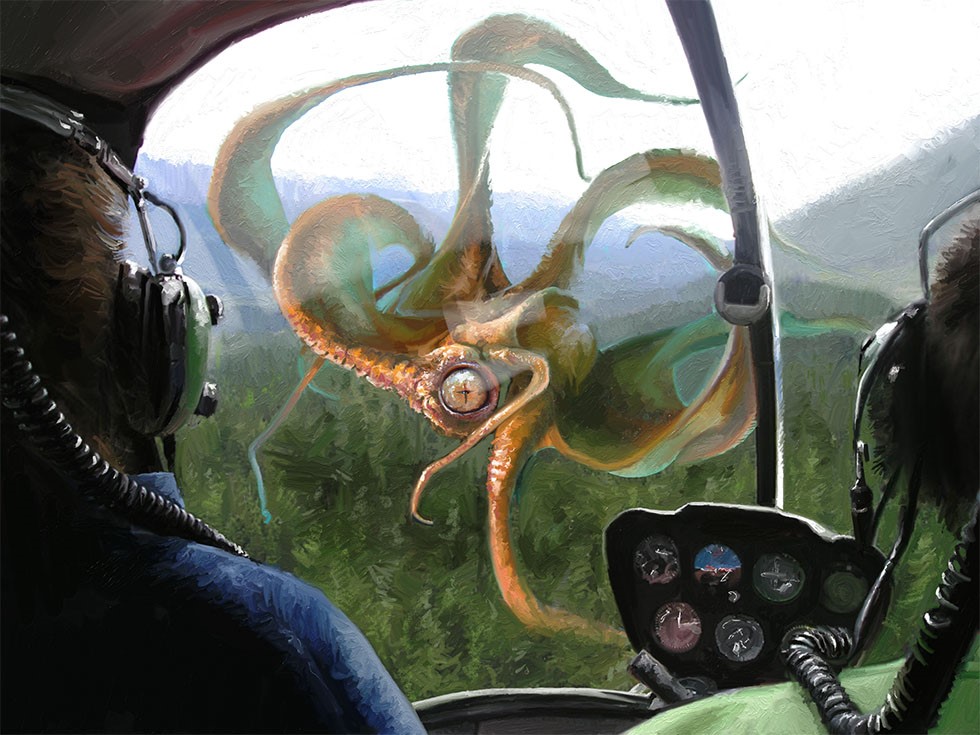 Pretty sure it sees us.​
Shane has an extensive background in RPGs and boardgame design, having worked freelance for Pagan Publishing, Cubicle 7, Green Ronin, Clockwork Publishing, and Avalanche Press. Arc Dream Publishing was founded in 2002 by Dennis Detwiller and Shane Ivey. Both had worked together for Pagan Publishing. They took over publishing their first roleplaying game Godlike (PDF) from Hobgoblynn Press.

Delta Green was published over twenty years ago as a supplement for Call of Cthulhu and originally published by Pagan Publishing. Delta Green combines modern horror with black ops operations. In 2015, Arc Dream Publishing launched a kickstarter to publish Delta Green (PDF) as a stand-alone RPG.

One of Shane’s earliest exposures to horror RPGs was a scenario in which his PC was murdered by the NPC who had hired him. His PC had learned too much. Shane says he was hooked on horror gaming after that experience. Most horror RPGs have rules distinct from D&D and PCs face different consequences. Both types of RPGs are exciting, but each offers unique challenges.

And this is why D&D and Pathfinder players might decide to try Delta Green (PDF). The biggest selling point of Delta Green is the experience of feeling horror and suspense is a really dangerous situation. Overcoming those obstacles is the draw of the game and Arc Dream does not want to dilute that experience. It invokes danger and threatens terrible consequences while infusing the whole game with fear and tragedy. These difficult challenges may excite some players.

I asked Shane what innovations he sees as being important for future RPG development. He said RPG designers should continue to develop projects they love. Then look to see if that project can sell. When Shane wrote his Swords & Sorceries D&D 5E adventures he did it at first because he wanted to and enjoyed reverse engineering setting and monsters back to their mythological roots. Once the first two adventures were written, he checked the market and decided to publish, which required investing in art and layout. He has six modules written and, depending on how the first two, The Sea Demon's Gold (PDF) and The Song of the Sun Queens (PDF), sell more may follow into publication.

Branching out into mythological D&D required an entirely different art style from Delta Green. Illustrating the D&D modules was done through a lens combining history, folklore, and archaeology repurposed to a fictional setting. Kurt Komoda, their artist, researched ancient Mesopotamian art as inspiration rather than using Tolkein style art. The artist understood exactly what Shane was looking for and created amazing art depicting scenes out of ancient fantasy myth. Shane said, ‘Having the artist get it is priceless.” 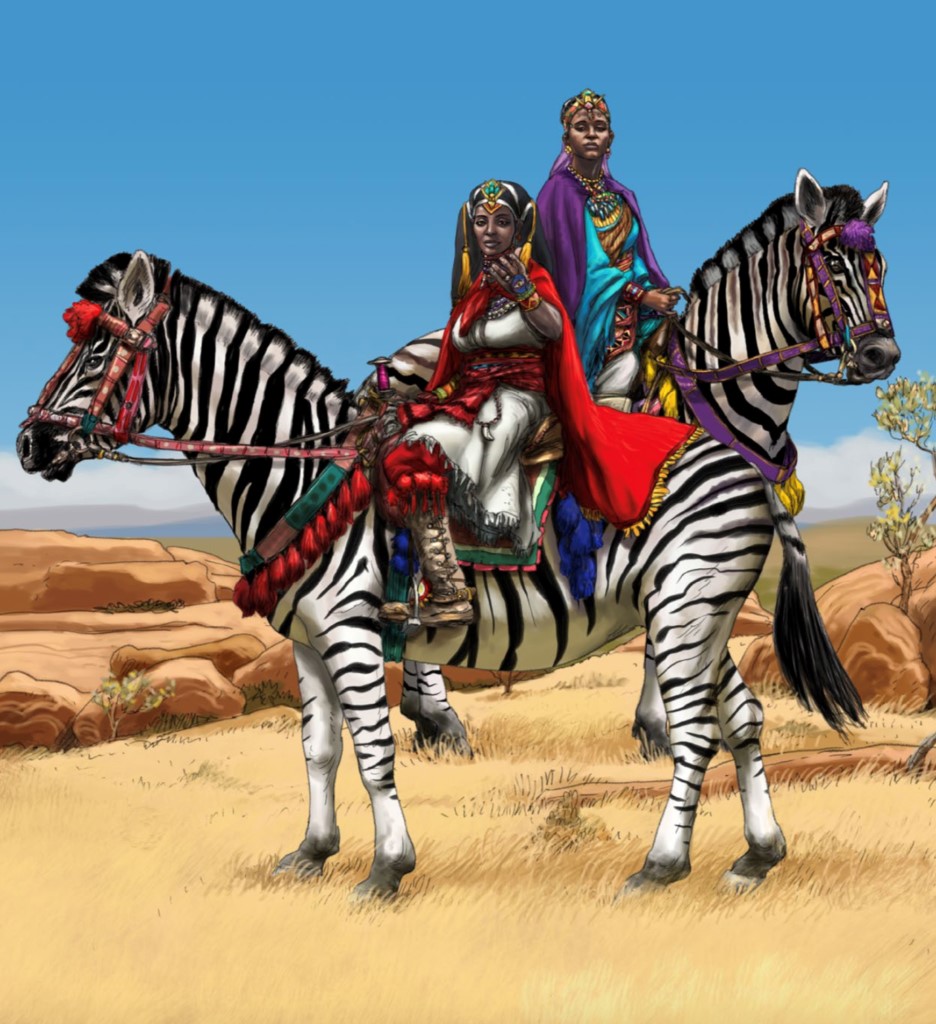 Sunlander warriors ride an unusually large, well-trained breed of zebras.​
Shane also said that diversification can be good for RPG companies as well. He said that limiting investment to see if a product works first is smart. Arc Dream Publishing’s kickstarting Wrestlenomicon (a card game where you become a Great Old One and slam, smash, and obliterate your opponent) is an example of doing both of these things. Arc Dream worked with Fire Opal Design and together concentrated on controlling base costs well. Shane cautioned that getting into selling board games from RPGs can be tricky. There are lots of pieces, everything has to be designed to fit in a box, and weight needs to be considered.

Another example of branching out from RPGs occurred when Arc Dream Publishing recently attended NecronomiCon and met with Michael Dirda, critic for The Washington Post. Arc Dream provided him with a reviewer copy of their edition of Robert W. Chambers’ The King in Yellow and then were mentioned in Michael’s Washington Post write-up of NecronomiCon. Paul writes of The King in Yellow, “”If you’ve never read this melancholy and terrifying 1895 classic, seek out publisher Arc Dream Publishing’s new edition with annotations by yet another NecronomiCon guest of honor, Kenneth Hite, and haunting illustrations by Samuel Araya.”

Shane finished the interview saying, “I encourage you to give Delta Green (PDF) a shot. The free quickstart distills the game into a few pages. If it catches your imagination, gives you chills, you’ll know right away. Branch out, expand from there.”

C
Charles Dunwoody
Charles Dunwoody started playing and running RPGs with Advanced Dungeons & Dragons (before it was first edition) and is currently GMing Forbidden Lands. He wrote a few articles for Dragon Magazine when it was in print, wrote a bit more for Mongoose’s electronic Signs & Portents, and was paid for a supplement for Bulldogs! (d20 version) that was sadly never published. Currently, he freelance writes including articles for EN World and Geek Native. He also camps year round, backpacks, and canoes when not reading and writing. Charles is a participant in the OneBookShelf Affiliate Program, an affiliate advertising program designed to provide a means for sites to earn advertising fees by advertising and linking to DriveThruRPG.

I own both the sword & sorceries adventures. Good stuff! I've poked Arc Dream on twitter once or thrice about a setting guide behind the supplements. Here's hoping they give it a shot