Impetus:
Dreg and Tamus followed the path to shaft 9, northward from behind the tavern, same as they had every day for the past season. As the two neared the entrance to the mine, Dreg continued to walk northward. "Do you hear that singing?"

Tamus stopped at the mouth and turned toward his friend. "I don't hear anything. Come on let's get to work."

Dreg was not the brightest of individuals, but he had a mighty arm and could swing a hammer all day. "It's beautiful. You can't hear that."

Listening to the song that only he could hear, Dreg walked beyond the path and off the edge of terminating cliff, falling to his death.


Elsewhere, farther south and at a lower elevation, Migdon, Kliv, and Gart joked with one another as they walked the path to another mining shaft. The entrance to the mine had been chiseled into the rock several decades back, but this was still a very productive lode. The entrance would only accommodate a single person at a time. Migdon proceeded first, backpedalling quickly and screaming like a child. Kliv and Gart laughed heartily. Migdon was Orgaddrin, a fairly tall and muscular tribe of peoples; but as developed with the religion of their culture, they were all afraid of spiders.

"You laugh, but you did not see that spider. I'm just lucky it already had a coney in its jaws or it would have had me. Go ahead! Take a peek. It will scare you too."

Kliv and Gart were both Maldrog, of the same race as Orngaddrin but a different tribe. Kliv moved forward with some trepidation despite having laughed. Moving back into the dark of the mine, the body of the spider was as big as a person's head and the distance across its legs a full stride diameter. Kliv back away cautiously, grateful for the rock dwelling hare satisfying its hunger. "That's not a spider. That's some Hells bred monster."

Background:
This scenario is designed for new characters, generated using The Untamed Wilds gaming system. The characters should be adult but may be of any race and tribe and of either gender.

The starting location will be the mining village of Midway. The village began as nothing more than a tavern, accompanying a productive iron mining expedition founded by a clan of Orngaddrin. The tavern was constructed and run by a couple of adventurous Centrins from Boga City. As the mining expedition grew in production, others were attracted to its profitability and the village grew to accommodate other ventures. In addition to a rock mill, kiln, and forge, all associated with ore purification, the tavern expanded and cottages were added. A hunting lodge was established to provide meat and skins for the miners, and a permanent medic facility was added, since not a day passes without some minor injury.

Some Maldrog came to add their own muscle to that of the Orngaddrin, as well as Centrins from Boga City and Hebrians from East Port. Being that the Orngaddrin are a dutiful and fair-minded people, control of the operation remained as it always had been, and operations ran smoothly.

The Orngaddrin are a tribe of the Mhytre race, who tend to reside in the mountainous areas in the northern part of the land. They are a superstitious lot despite their dutiful nature. Their main benevolent deity is called the Earth Pair, two halves, one male, one female, of the same being. This god creates new land by volcanic activity. Various minerals and ores are considered to be gifts to the patrons and are actively sought. The Orngaddrin, also called ore sniffers by other tribes, have a talent for finding desirable ore and advanced skill for mining it. On the malevolent side of their religion, they have a particular fear of spiders and bats, as these creatures are deemed to leach life from other creatures.

The Maldrog are, also, a tribe of the Mhytre race, who reside in the same mountainous areas as the Orngaddrin. Though friendly in nature, they are rather boisterous and prankish to the point of being too rough. They follow the same religious bent as the Orngaddrin with slightly different vocabulary. The difference is attributed, by both, to a difference in language with no animosity between the tribes. The real difference is that the Maldrog do not have any particular fear of spiders or bats, being more averse to jackals and ravens. They consider snow and rain to be in opposition to the formation of the land and homage is paid to appease undue inclement weather.

The Centrin people are a tribe of the Aedaman race, who tend to reside in the central plains of the land on the western side of the dividing mountain range, which is called the Dragon's Spine. They are the primary occupants of the trade hub of the land, which is Boga City. They are, as a whole, the most tolerant of the beliefs systems of others. As long as malevolence is not a motivating factor, they will not interfere and will even assist in the religious practices of others, having no real unified rituals of their own. Centrins are concerned with luck and misfortune and believe in curses.

The Hebrian people are also a tribe of the Aedaman race, who tend to reside in the central part of the land on the eastern side of the dividing mountain range. Their language is significantly different from most others found in Midway. The Hebrians who have become part of the mining community originated from East Port; and due to the previous, terrible revolution, have lost most of the history and culture of their predecessors. The Hebrians of East Port are culturally different from the separate indigenous clans found elsewhere in the land.
Last edited: Nov 1, 2019

Generated characters may be associated with any of the professions pursued in the function of Midway. The main work, which is specifically laborious, is that of mining and making use of the ore.

There is a hunting lodge that employs a few members of the local Centrins and Hebrians, who possess some skill in stealth and tracking.

The tavern employs industrious individuals of all tribes for cooking and brewing.

The Medic Hut is managed by a single Centrin administrator, but several assistants aid the injured and collect herbs for the ill.

Obviously upon initiation of the scenario, player characters will leave any mundane professions for tasks more suited to elevated aspirations. Characters may begin with up to a corded or batting hauberk or pigskin tunic of the equivalent protective coverage of 60%. Acceptable weapons may be up to a harnin (iron) short sword and a simple bow with 20 arrows. Message me for desired variations. 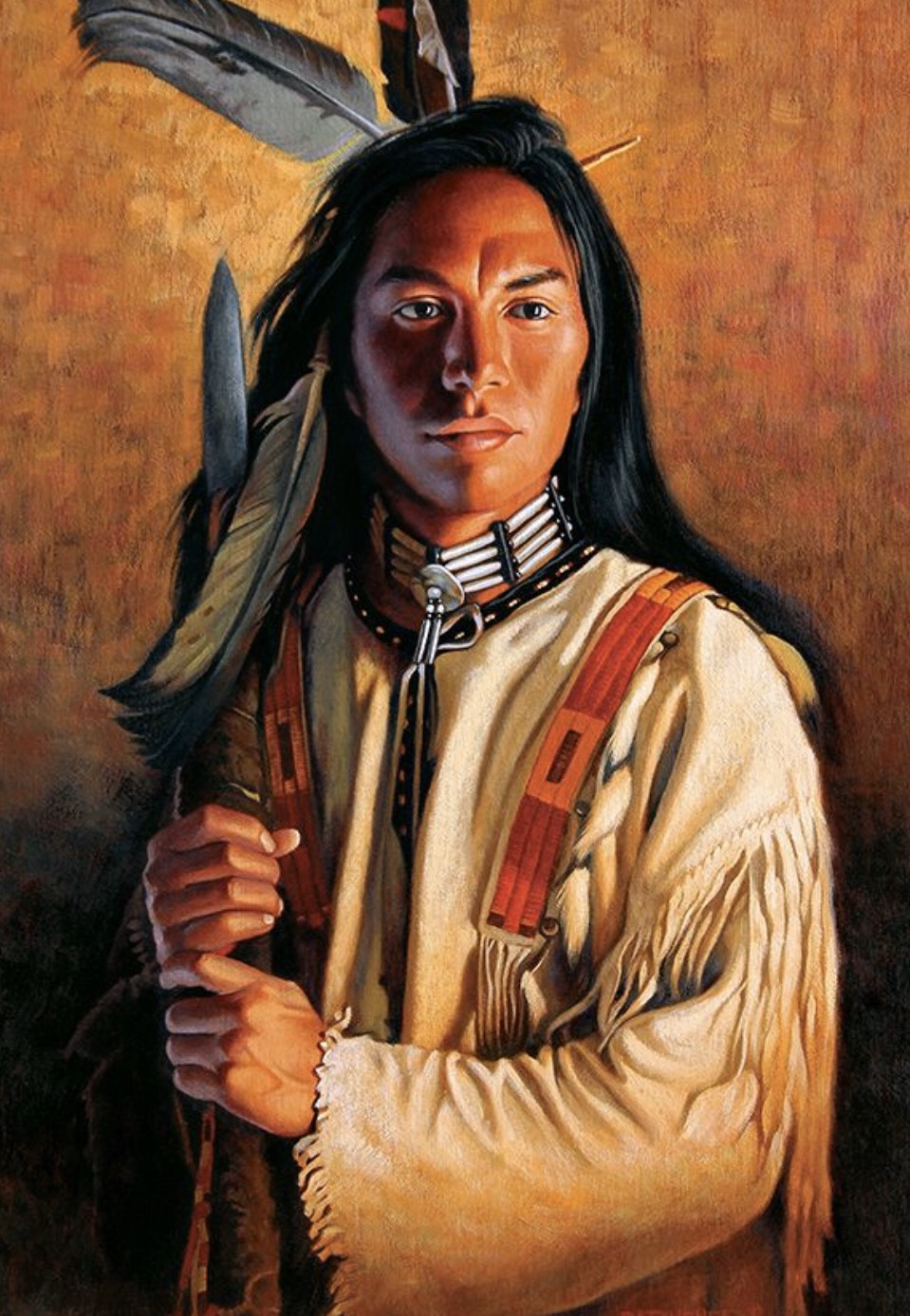 TAKA
"Chi No Taka" AKA "Blood Hawk"
Enhanced Combatant Archetype (Body / Essence / Mind)
The current version of this character has been moved to Google Docs.

Crusader:
(Next Level Past Enhanced Combat)

Knight:
(Next Level Past Crusader)

Save 24 pts. to raise Commercial to 10;
Chi No Taka, which means "Blood Hawk," or "blood-covered-hawk," is an orphaned Kinamin who was raised by Hebrians. His Kinamin father was a Medicine Man, and his mother was a "captured prize," i.e., a Mhytre woman with red hair. (Among the Kinamin, red hair is a sign of power.) However, because he was orphaned as a small infant, he has no memory whatsoever of his parents. The entire Kinamin camp, including his parents, were wiped out by a mysterious disease, to which only the infant Taka himself proved to be immune. He was found by an East Port Hebrian hunting party, who took pity on him, and adopted him into their tribe. Ironically, his adopted father is a Hebrian Medicine Man, known as "Wise Bear," and he is married to a dark-haired Mhytre woman named Shaelanuk.

The meaning of his name is represented by the fact that, when heading into battle, he paints the lower part of his face red; he was given this name because at a young age, he proved to be an adept hunter, preferring to leap down upon his prey from a high perch, and kill it with his bare hands. Taka knows that he is touched by The Way, and that there are others like him. He can feel it flowing through him, and has already begun experimenting with ways to control and make use of it.
Last edited: Mar 30, 2020


Nigel Coldtree fled East Port like most of the other Hebrians that ended up at Midway. Having lost his family, he has assisted the Medic since he was a boy, but in his free time Coldtree did not study scrolls like the other children. He trained in the Martial Arts, learning a little from those that would teach him and discovering what he could on his own. Coldtree has felt the power of healing, and he knows if he reverses those flows he could use them to harm and deliver wounds worse than any sword. Something about the idea of that power excites him and calls him to a life of adventuring.

This record has been moved to a Google Document.
Last edited: Sep 22, 2021