Lists of anticipated Gen Con releases are popping up around the web, so I thought I'd join in with my own. What's the worst that can happen?* What's below are the items I'm most looking forward to. Not being at Gen Con, I'll have to order them after the convention, so if you're there and you pick up any of the following items - I'm jealous! These are not in any particular order. Well, they are in a particular order, or else they couldn't be on the page, but not a deliberate particular order. My list is probably very similar to all the other lists, but with all this awesome stuff coming out the odds on that happening are kinda high.

Technically, they're not all actual Gen Con releases. But they are games and items that are - as far as I know - available at Gen Con. Some are personally new to me, or things I've been wanting to play for years but never got chance to. 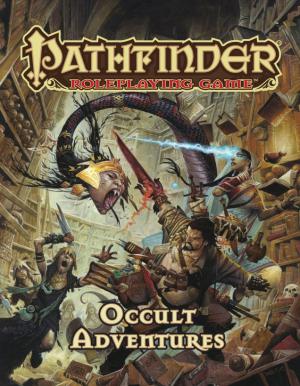 ​
I'm interested to see where Paizo goes with this book. There have been various previews on their website, but that never compares to getting the actual finished product in your hands. Paizo's done some interesting stuff recently; last year they delved into technology; this year we had Pathfinder Unchained and Occult Adventures. I've always enjoyed Pathfinder more when it strays off the beaten path, something the Paizo crew seem willing to do (just like I enjoyed TSR's forays into horror, or the outer planes). This book contains six new classes which skirt around the idea of psionics; I previewed it here. 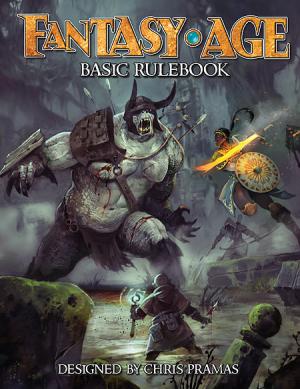 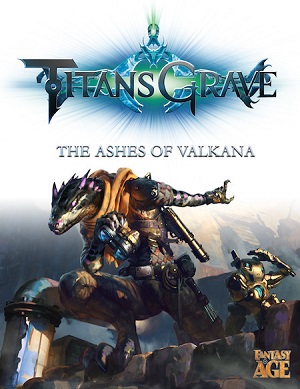 ​
This one's kind of a two-fer. Titansgrave, the Wil-Wheaton co-authored setting, along with Fantasy AGE, the system which powers it. Both of these are from Green Ronin, who I've enjoyed since their first forays into d20 publishing 15 or so years ago (not to mention their fantastic superhero material). I've never played the AGE system, and maybe I don't really need a lightish fantasy system, but these do look fantastic. If you've been following Wil Wheaton's Titansgrave web show, these are probably must-haves for you. I've personally been fascinated watching the AGE system climb the Hot Games chart over the last few weeks! 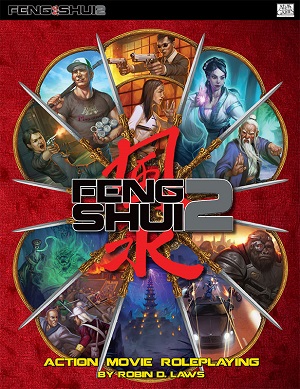 ​
I've owned Feng Shui (the original) for years, but I've never had chance to play it. I'm pretty sure I'll own Feng Shui 2 fairly soon, and I really hope I get to take it for a spin! By Robin D Laws, this is a classic - a fast, light, dynamic game of Hong Kong inspired action. If you like cinematic action in your game, I think this is probably the pinnacle of that. Published by Atlas Games, this thing looks gorgeous, fun, and maybe the most awesome thing on this list. Maybe. 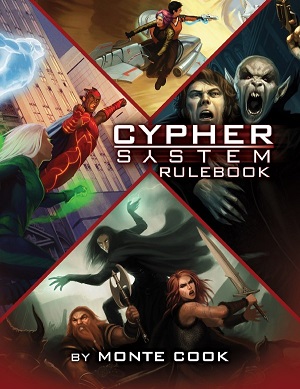 ​
So this is the system which powers Numenera and The Strange (both of which I have). Again, it's kinda rule-lite (there's a lot of that this year, if you discount Pathfinder) and aims to turn the system into a full-fledged generic system. When they originally mentioned this, Monte Cook Games talked about it being a toolkit for you to make your own game (an approach I use in my own upcoming stuff, though that's a complete aside). The system is simple and flexible, easy to pick up, and very adaptable to multiple genres. It shares some of the same space as Savage Worlds, or Fate, but it's very different to both those games. I'm not sure if you need this and Numenera and The Strange - but I'm sure I'll find out when I get my hands on it! 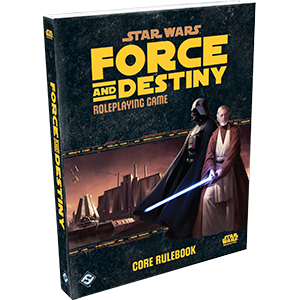 ​
I'm a sucker for Star Wars and Star Trek. Sadly, there's no N.E.W. game to handle the latter, but FFG has produced lines of RPGs and miniatures battles games for the former. Force & Destiny is the third of the three main core rulebooks; the others were Edge of the Empire and Age of Rebellion. This one's all about.. well, Jedi and stuff. It's already out, but if you're at Gen Con it might just be a must-buy. Like all FFG stuff, it's utterly gorgeous. 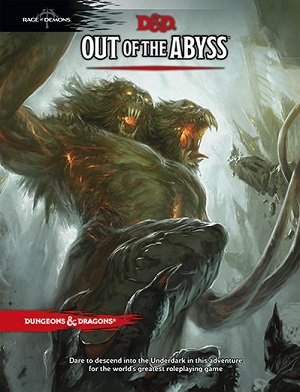 ​
A complete no-brainer. At least, I think you can get this at Gen Con; I'm not actually sure. But if not, it's certainly in stores in a month or so. Anyway, if D&D 5E is your thing, this is absolutely a required purchase. By the Green Ronins (busy year for them!) this is WotC's third major adventure (path) after the not-quite-as-well-received Tyranny of Dragons, and the pretty-well-received Princes of the Apocalypse. Thematically, too, this adventure interests me more - I love dragons, but I've seen a lot of dragons in my years playing D&D; and elemental stuff isn't my personal cup of tea. But demons and abysses, especially if Chris Pramas is involved, is definitely on my list. If this is at Gen Con, get it. It's part of the cross-brand Rage of Demons storyline stuff, which you can also play at the D&D area in Hall D.

Of course, there's tons more stuff. Probably much that I don't know about. Maybe stuff I'd like even more than the stuff up there. But that's the stuff that managed to grab my attention this year, and which I personally consider must-buys.

*Answer: the worst that can happen is a gamma ray burst wiping out all life on earth. The next worst is a massive uncontrolled worldwide Ebola epidemic. The third worst is that Doctor Who gets cancelled. The fourth worst is a major asteroid strike.
Click to expand...

It's worth mentioning to any that are interested -- in addition to the Cypher System Rulebook (and Worlds Numberless and Strange), Monte Cook Games will have a limited number of Numenera reliquary boxed sets on sale for $200 at the con. I received mine yesterday. It's beautiful and shockingly heavy.

If Rage of Demon is at Gen Con, I will buy it! Otherwise I may just grab the Princes of the Apocalypse since I don't have it yet.

Do we know if gen con with have any twitch feeds of gaming, especially the Rage of Demons game?
Last edited by a moderator: Jul 29, 2015

I wish to buy the AGE core rulebook and Titan's Grave right now, but it seems I cannot. On the Green Ronin site you could only pre-order AGE, but that is now closed and Titan's Grave?.. I can't even find it on their site. It does not even come up when searching for it. Is this being sold by someone else?

Connorsrpg said:
I wish to buy the AGE core rulebook and Titan's Grave right now, but it seems I cannot. On the Green Ronin site you could only pre-order AGE, but that is now closed and Titan's Grave?.. I can't even find it on their site. It does not even come up when searching for it. Is this being sold by someone else?
Click to expand...


According to Wil Wheaton, it should be available on Thursday. Maybe it will appear on the Green Ronin site that day?

EthanSental said:
Do we know if gen con with have any twitch feeds of gaming, especially the Rage of Demons game?
Click to expand...


Wouldn't you be worried about spoilers (assuming you were going to play/run the adventure)?

I think this is a great list! By the way, you mentioned Pathfinder Unleashed up above. I think you meant Pathfinder Unchained.

Zil said:
I think this is a great list! By the way, you mentioned Pathfinder Unleashed up above. I think you meant Pathfinder Unchained.
Click to expand...


I did, you're right! It was the Iron Kingdoms which was unleashed this year; Pathfinder was unchained!

Morrus,
Read my review on the Cypher System Corebook, I think we are in similar boats.
~Desh

R
Switching Around Systems Due to Burnout?