“Yes, just came from class,” Astral told Hex. “Well, back down, I guess,” she said with a wry smile. "Don't worry, you only missed the Tarantula staggering around like a wide-eyed child at the space station for the thirteenth time today," Kevin – the Mystic Fist – quips in passing to Astral. [/SECTION]

"From what I understand, our frame of reference is subjectively unaltered," Hex comments as she follows the Fist up onto the platform. "But the science is still pretty far over my head."

She starts to leave the command deck, intending to head down to the teleportal.
Last edited: Jun 7, 2017

“Yes, just came from class,” Astral told Hex. “Well, back down, I guess,” she said with a wry smile.
Click to expand...

After the exchange, Pseudo actually turns to regard the late heroine and it seems as if he is about to say something. However as Astral and the Grue lock eyes both freeze in place and remain motionless.

[sblock="Astral"]As you lock eyes with Pseudo it is as if you zoom in on one of his pupils and it begins to grow. The Lighthouse and everyone in it fades away as you are swallowed by the ever-expanding void, until it becomes the vast expanse of outer space. You panic for a moment as you float there, weightless. Until you realize that you have been sucked into the Mind of the Alien Hero.
In the distance, you see amidst the sea of stars a metallic shape that grows bigger until it forms the shape of a vast Alien Starship. Suddenly you are inside that ship standing among hundreds, no THOUSANDS of birthing pods. With whirs of machinery and hisses of steam, one by one the pods start to hatch. Grue drones begin to emerge, Similiar looking to Pseudo, but each without a face, or even a self-identity. 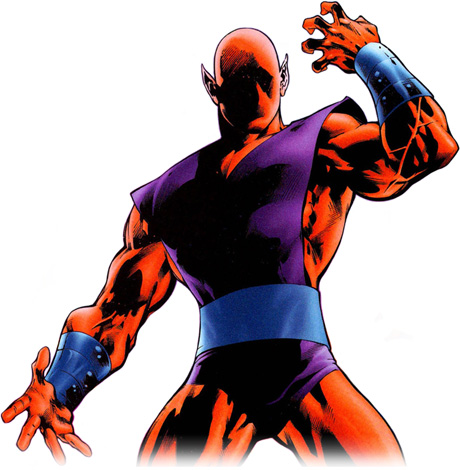 Years pass in an instant, countless planets are overrun at the behest of the Meta-Mind; the hive intelligence that controls the Grue race.

The enormity of the Meta-Mind; its vast intellect and power is palpable and the very memory of it threatens to overwhelm Astral. But there is something comforting, something safe about being a part of the Grue Unity...it felt like...Family!
Just as the last vestiges of Heather's sense of self-identity begins to slip away Pseudo appears. "NO!" he yells and in the psi-scape of his mind his hands grow to an enourmous size and he scoops Astral away in his palms and places her in a green field filled with wildflowers. Another, safer, memory of the Grue Hero. Heather feels a wave of utter and complete loneliness as she is cut off from the Unity.[/sblock]
The two stay there not moving, their gazes locked for long moments. Both totally unresponsive to anyone until the finally both fall into a heap.
Last edited: Jun 7, 2017

Hex hears the wholly unexpected sound of bodies hitting the floor, and whirls around. With a horrified gasp she hurries over to Astral first to check her pulse.

"Someone check on Pseudo!" she calls out, then gently shakes Astral's shoulder. "Hey...can you hear me? Can you move?"

Hawk runs to Pseudo, but stops short of touching him. He wasn't squeamish, he just didn't know how to help a creature whose physiology was so vastly different.

Gently, he placed a hand on Pseudo's shoulder, the other feeling for a pulse. Did Pseudo even have a pulse? He didn't know.

As you touch the Grue, he begins to stir. Immediately after Astral also begins to rouse to consciousness.

Tarantula quickly moves to Astral to make sure she is ok...

"Giving us quite a scare there Astral. What happened?" Tarantula asks as the young hero regains consciousness...

Pseudo rises almost sheepishly. An odd expression from the otherwise stoic alien. "She accidentally established a mental link with me and tapped into the enormity of the Grue Unity. Only through strict discipline and concentration do I keep the Meta-Mind separate from my consciousness. Her sudden intrusion surprised me. She should be alright. I believe I secluded us before any harm was done."
Last edited: Jun 12, 2017

"You believe?" Hex asked, aghast. She looked at Astral worriedly. "Can you take a moment and be sure? I'd hate to think the meta-mind was able to do anything to her even in such a short time."

Shayuri said:
"You believe?" Hex asked, aghast. She looked at Astral worriedly. "Can you take a moment and be sure? I'd hate to think the meta-mind was able to do anything to her even in such a short time."
Click to expand...

"We should know momentarily." Pseudo replied as he looked on to Astral.

After making sure everyone is fit for duty; you step through the teleportal and instantly thousands of miles to the second floor of Freedom Hall. 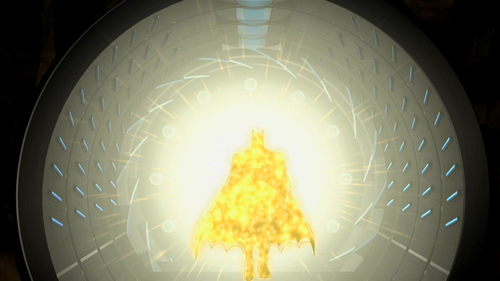 The sensation leaves you all feeling a bit off, akin to motion sickness one gets from reading in a car. You are told it takes some getting used to. Thankfully the feeling quickly passes.

Using your various modes of transportation, either personal or provided by a handy sky-bike you all arrive at the Hunter Museum of Natural History just north of Liberty Park.
The museum itself is an impressive piece of architecture. A huge three story building of marble and steel, the building looks like it belonged on a hilltop in ancient Greece where oracles divined the future from Apollo or where priests paid homage to Zeus.

Before the lofty marble columns stand dozens of police cars. Despite a mixture of sleet and snow, a crowd has formed behind Police Lines and shouts and cheers herald your arrival. "Look! the Freedom League!"
A tall barrel-chested man seems to be in charge. His broad face could only be described as a "mug" and his clothing seems to come from the wardrobe of a 70s cop show. On his Brown Derby, a badge denoting his affiliation can clearly be seen.

Upon spotting your arrival “Bulldog” Maddicks commander of the Freedom STAR Squad yells; "Aww crap! I told Kane my boys and me can handle this! We don't need a buncha amateurs mucking things up! You Leaguers can get the hell outta here before ya get someone shot!"

"And we love you too Mr. Bulldog" Tarantula says with a smile (hidden by his mask of course). "But now that we got all dressed up and bothered to come to the party maybe we can be useful? After all we are Freedom League", to which Tarantula stands straight and puts his hands on his hip. Looking at the others he says "Come up guys and gals, we are the Freedom League, lets look respectable."

Hawk hasn't felt motion sickness since he started flying, but this was different. He really needed to work on teleportation. He was so close. Then he wouldn't have to deal with other people's teleportation.

He took off into the air, flapping his wings out of habit. They helped, he guessed, but he really didn't need them anymore. He made his way to the Museum, hovering a few feet off the ground by simply canceling out his own weight and generating a stationary gravity well where he was, just strong enough to keep him from being blown about by the wind.

"Preferably the someone who gets shot will be one of us," Hawk said. "And since bullets don't scare us, that would be preferable. Can you give us more information about what's going on?"

Hex shrugged at Maddicks. "Look, the Commissioner asked us to come. If you don't like it, take it up with her. In the meantime you're stuck with us, so you may as well use us. All we know right now is that there's a hostage situation involving two metahumans?"

Hex will attempt to Aid!