Today’s Mythological Figure is one of the most notorious serial killers in history. All told between 80 to 650 people—all of them young girls, mostly servants—are counted among the victims, and it took authorities decades to act on the murderous scourge. We’re talking about the Blood Countess: Elizabeth Báthory! 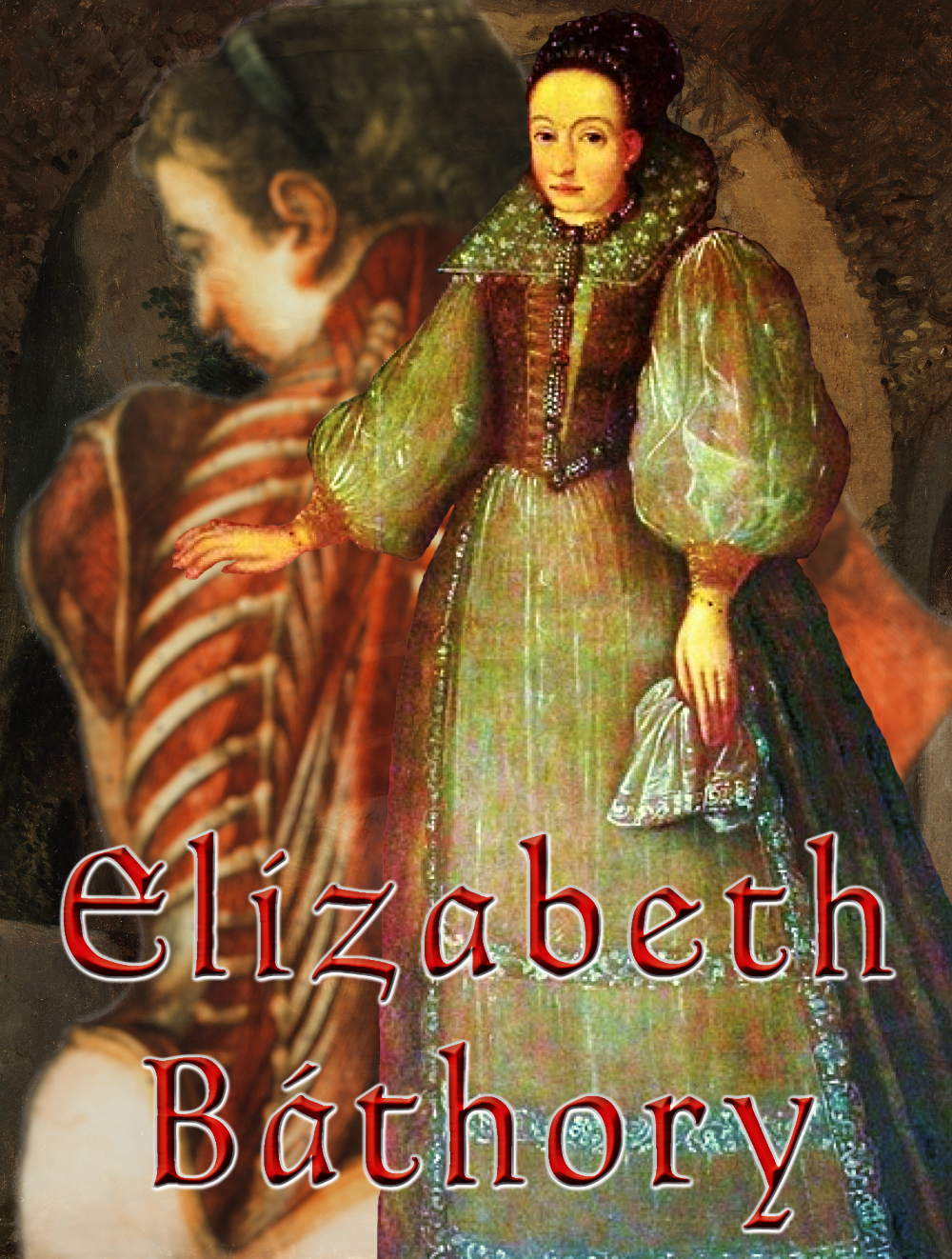 Strap in for the ride everybody.

Born into Hungary and one of the most powerful families in Europe, Elizabeth was well-educated and spoke German, Greek, Hungarian, Latin, and Slovak. She suffered from epilepsy at a young age however, possibly because her parents were genetically not very far away (first cousins). At 10 she became engaged to Ferenc Nádasdy (feared across the Ottoman Empire as the ‘Black Knight of Hungary’), marring when she was 14 on May 8th, 1574—though not without having an affair with a peasant boy, giving the offspring away, and then doing nothing as when Nádasdy found out he castrated peasant and threw the child to the wolves. Ferenc Nádasdy got rich from war and they bonded over their mutual sadism, and also the 5 kids they had together (the last born in 1598).

In 1601 two events occur that ramp up Elizabeth’s bloodlust: Anna Darvulia shows up (we’ll talk about her in a bit) and Ferenc Nádasdy falls ill, losing the use of his legs and dying 3 years later. Servant girls start disappearing! Local clergy begin getting suspicious because what is happening to all these servant girls? After her husband’s death Elizabeth goes right off of the rails, and when replacing murdered servants becomes a bother she starts luring girls in from the countryside. Elizabeth purportedly didn’t do that much torturing with her own hands and instead left it to her sycophants: Erzsi Majorova, Ilona Jo, Dorka, Katalin, and Fizcko.

First they’d wait for a servant to make a mistake, then start battering the poor girl before gruesome violence took place—stabbing with sewing needles, cutting of fingers with knives, forcing them to cannibalism, tearing things away or out with pincers, and the like. Elizabeth did not bathe in blood but it makes for a good story about murderously obsessive narcissism. By 1609 there are rumors about what Elizabeth Bathory was up to spreading everywhere, her ‘witch’ buddy Anna passes away, debts are starting to become overwhelming, and all of her children have been married off so she starts going after noble girls thinking that her fortunes would flourish, opening a finishing school for young noble women.

If she wasn’t definitely insane yet, this is obviously where she went all the way nuts: if aristocrats were willing to pay for their children to attend her school, why would they suddenly not care when said children disappeared? They appeal to King Matthias II to investigate and in turn he sends György Thurzó (the Palatine of Hungary) to figure out what the hell is going on. At the very end of 1610 he gets himself and the king eating in Bathory Castle, gets suspicious she attempted to poison them, then returns a few days later with guards. They overhear Elizabeth and Erzsi making incantations, then go inside to find the mutilated bodies of several girls and arrest them. January 1611 all of Elizabeth’s accomplices go to trial—Ilona Jo, Dorka, and Fizcko are executed. Katalin spends life in prison. Elizabeth however receives no trial, placed in solitary confinement until she passes away in 1614, then placed in a public cemetery before being exhumed not long after and taken to the Bathory family crypt—yet when it was opened in 1995, her corpse was missing.


Design Notes: Elizabeth Báthory was without doubt someone who delighted at inciting fear and inflicting pain upon others. With that in mind I decided she’s definitely got a lot of bard going on (the College of Whispers is all about fear so a fine fit) and then was a keen manipulator so her build is finished out with some rogue (Mastermind) levels. As far as serial killers go, I think she’s not bad at it (although for a more traditional compulsive murderer, I recommend swapping Arcana or Performance out for Athletics and Stealth). Time to do the numbers! The Dungeon Master’s Guide rubric and Blog of Holding were almost in perfect agreement on this one—the former came in at 7.2, the later at 7.33.

Background: Noble - Countess. Due to her position as royalty, Elizabeth is treated with a measure of respect wherever she goes. She is treated as royalty (or as closely as possible) by most peasants and traders, and as an equal when meeting other authority figures (who make time in their schedule to see her if requested to do so).

Jack of All Trades. Elizabeth adds +2 to any ability check she makes that doesn’t already include her proficiency bonus.

Psionic Strike (1/Turn). Elizabeth expends one use of Bardic Inspiration when she hits a creature with a melee weapon attack to deal an extra 10 (3d6) psychic damage to her target.

Spellcasting. Elizabeth is a 5th level spellcaster that uses Charisma as her spellcasting ability (spell save DC 17; +9 to hit with spell attacks). She has the following spells prepared from the bard’s spell list:

Terrifying (1/Short Rest). Elizabeth can horrify a creature that can understand what she says during 1 minute of talking, forcing it to make a DC 17 Wisdom saving throw. On a failure, for the next hour the creature is frightened of Elizabeth or a creature of her choosing. The effect ends of the creature is attacked, damaged, or witnesses an ally be attacked or damaged. On a successful save, the target doesn’t recognize Elizabeth’s attempt to frighten it.

REACTIONS
Uncanny Dodge. When an attacker Elizabeth can see hits her with an attack, she can use her reaction to halve the attack’s damage against her.
Click to expand...

Mike Myler is a freelancing RPG goblin (or goblin that freelances for RPGs?), regent, the editor for the excellent EN5ider Patreon, and the Project Manager for Level Up: Advanced Fifth Edition. You can also find his marks in the N.O.W. book for the What's Old Is New RPG, on www.mikemyler.com⁠ (which has the neatest collection of free content around as well as links to his 6 hardcover campaign settings), and here on ENWorld in ENterplanetary DimENsions. What's next? The Oops! All Dragons | 45 dragons for D&D 5E and Level Up 5E Kickstarter ENDS this week! https://tinyurl.com/oops-all-dragons
M

I like the vampire-like warlock version of EB from Mercedes Lackey/Eric Flint/Dave Freer's Heirs of Alexandria series. Also, that series has a nice breakdown of the differences in studying magic for power vs. make a deal vs. let yourself get possessed/join with an entity for magic powers.

MechaTarrasque said:
I like the vampire-like warlock version of EB from Mercedes Lackey/Eric Flint/Dave Freer's Heirs of Alexandria series. Also, that series has a nice breakdown of the differences in studying magic for power vs. make a deal vs. let yourself get possessed/join with an entity for magic powers.
Click to expand...

That's cool! I leaned into the more historical side for this though, and although there is a sort of witch-y influence in Anna Darvulia, it really seemed to me like Elizabeth was just an extreme, psychopathic sadist. Warlock would be a good fit otherwise for sure.

Very cool! I like that you made her into an "ordinary" human serial killer, rather than going with the more popular idea of Bathory being some kind of vampire-like entity.

Side note: being a native English speaker I always assumed her name was pronounced BATH-ory, but apparently the proper pronunciation is bath-OR-y.

The fact that the corpse of Elizabeth Báthory is missing suggests to me that after her death she became undead. I would like to see an undead version of the Blood Countess. 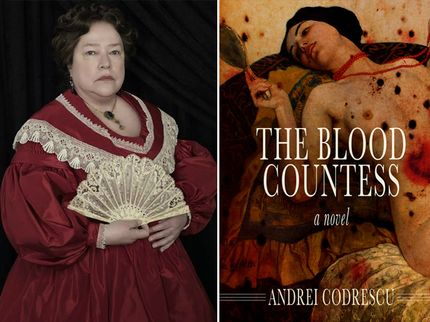 Rafael Martin said:
The fact that the corpse of Elizabeth Báthory is missing suggests to me that after her death she became undead. I would like to see an undead version of the Blood Countess.

I have a solid art piece and graphics I can recycle on the Epic Monsters parchment, plus a statblock to build off from so--challenge accepted!

What is a Genius Rogue?

Marandahir said:
What is a Genius Rogue?
Click to expand...

An OGL-ified version of a Mastermind rogue.

It's worth pointing out that there's a compelling argument to be made that Bathory was set up. A very substantial portion of both Hungarian crown debt and Hungarian land was held by her and her husband, and when he died she became the beneficiary. Nobody argues that Nadasdy had been the wealthiest man in Hungary by far, and Bathory's own holdings were significant before they married. By many accounts, no one was reported missing until after she had been accused by the Lutheran minister. The investigator also had high political ambitions, and he would have known that the King would have been very grateful if Bathory's land had to be returned to the crown. Shockingly, as a part of Bathory's conviction, the King's debt was cleared!

This would be good for her initial encounters as a human, and then your epic monster version would be for her final encounter.

Weiley31 said:
This would be good for her initial encounters as a human, and then your epic monster version would be for her final encounter.
Click to expand...

Supporter
Apropos of nothing in particular, I might replace Thunderwave with some thing more thematic, Tasha's Hideous Laughter perhaps, but that's a minor quibble. Other than that I like the build. I like the choice of the College of Whispers here especially. It's not my favorite college generally, but it has a ton of flavor and it fits this character like a glove. I also really love the idea of a Vampiric College of Whispers Bard - that's a very cool character concept (very Ann Rice IMO).

This is the monster build being referred to --> 5E - Epic Monsters: Elizabeth Báthory

Supporter
Nice, I like anything that has an entrails attack.