Today Mythological Figures charges into one of history’s most famous duels with a profile of the man who killed King Arthur: Mordred! 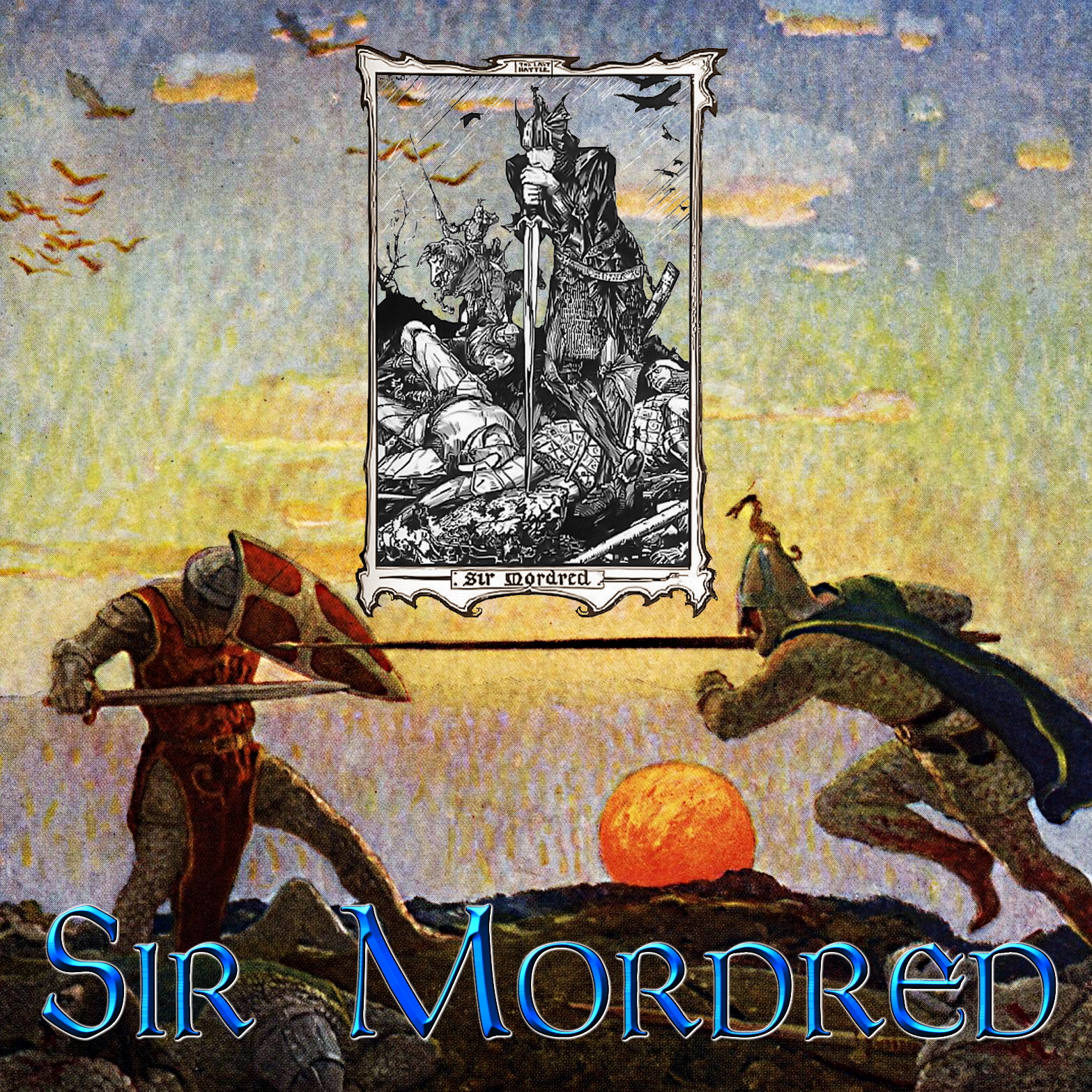 Mordred (also known as Modred, Medraut, Modrot, or Medrawt) first appears in Annales Cambriae (a Welsh chronicle including the Battle of Camlann in 537), but in the centuries since has gone from being positively regarded as King Arthur’s son to much more traitorous ends, a brother (or half-brother) of Gawain bastard child begat with Arthur’s half-sister (the Queen of Orkney, whether that’s Anna, Morgause, or Orcades depends on the telling; sometimes he’s just Arthur’s nephew and the details of Mordred's relatives vary widely). What doesn’t change so much between tellings is Mordred’s fate—to engage in a duel with Arthur, dying himself and mortally wounding the king.

In the 1136 Historia Regum Britanniae (“The History of the Kings of Britain”) Mordred takes the crown for himself when King Arthur is across the English Channel and begins a forbidden romance with Queen Guinevere. When the true king returns they fight in the Battle of Camlann, and Arthur goes on to Avalon where he dies from the injury sustained during the duel. This book also might refer to Mordred as one of the perpetrators of the “Three Unrestrained Ravagings of the Isle of Britain”, arriving in the royal court at Kelliwic in Cornwall where he ate and drank all he could then beat Guinevere. Frustratingly, this book might also talk about Mordred being a man “of such gentle, kindly, and fair words that anyone would be sorry to refuse them anything”, which is supported by an account in the Mabinogion two centuries later that describes him as courtly, calm, and pure.

Things change for Mordred in the 13th century’s Lancelot-Grail (also known as the Vulgate Cycle). Merlin tells Arthur a prophecy that a newborn will grow to one day overthrow him, so he orders all May Day children to either be expelled or killed (it’s not clear which and in any event they all die at sea). A feud is born between the royal families of the Lot and Pellinore afterward when King Lot takes up arms against King Arthur only to be slain by Pellinore. Merlin and Arthur’s efforts to stop the prophecy fail all the same, Mordred survives, and is raised to adulthood by a fisher and his wife. After some squiring Mordred becomes a Knight of the Round Table, but his tendencies to womanize and engage in unnecessary violence become worse until he becomes a close ally of Lancelot. Mordred’s villainy here begins when he learns of the prophecy—angrily slaying the priest telling him of it before he can hear it all—and when Lancelot takes up war against King Arthur, he takes the crown as his own and the true ruler’s return ends in a great battle. In any event this is where Mordred is slai by Arthur, whether by decapitation, a terrible wound, an impaling spear, or at the end of another weapon upon meeting the charge. In the Post-Vulgate version, Mordred’s body is ripped apart by horses and his head hung by the Archbishop of Canterbury upon the Tower of the Dead where it warns against treason for centuries. His children (always numbered two) try to take the throne from Arthu’s successor Constantine but he defeats them, tracks them down, and kills them before being smote by God in the form of his nephew Aurelius Conanus.

Design Notes: This build has one clear focus: killing King Arthur, which in this case means an 18th level (mostly) paladin with Excalibur that weighs in at CR 12. There’s not a great deal about Mordred’s tactics or any mentioned specific feats, so we’ll lean into the banneret archetype (in one of the chronicles he urges several allies to surge forward and make historical kills) and then put the rest of his resources into being very dangerous in a duel while rounding out his skill set. Let’s do the numbers! The DMG comes in at 12 even and the Blog of Holding at 12.4, giving him a CR of 12—the same as King Arthur!

Background: Soldier. Mordred commands respect from other warriors. Soldiers loyal to the same forces view him as their superior, and Mordred can use his influence to temporarily requisition simple equipment or horses, possibly even gaining entrance to military fortresses and outposts.

Feat: Heavy Armorist. Mordred reduces any nonmagical bludgeoning, piercing, and slashing damage he takes by 3 while he is wearing heavy armor.

Feat: Intimidating. Mordred can replace an attack when taking the Attack action to try to frighten a humanoid he can see within 30 feet of him that can hear him. Mordred makes a Charisma (Intimidation) check contested by the target’s Wisdom (Insight) check. On a success, the target is frightened until the end of Mordred’s next turn. On a failure, Morded can’t frighten the target for 1 hour.

Feat: Master of Intrigue. Mordred can replace an attack when taking the Attack action to try to fool a humanoid he can see within 30 feet of him that can hear him. Mordred makes a Charisma (Deception) check contested by the target’s Wisdom (Insight) check. On a success, the target is fooled until the end of Mordred’s next turn or until he attempts to fool a different target. Mordred doesn’t provoke opportunity attacks from movement around a fooled target and he has advantage when attacking a fooled target. On a failure, Mordred can’t fool the target for 1 hour.

Inspiring Action Surge (2/Short Rest). Once on his turn, Mordred can take an additional action on top of his regular action and a possible bonus action. In addition, he chooses up to 2 allied creatures within 60 feet that can see or hear him. A chosen creature can use its reaction to make a melee or ranged weapon attack.

Remarkable Athlete. Mordred adds +3 to any Strength, Dexterity, or Constitution check he makes that doesn’t already use his proficiency bonus. In addition, when he makes a running long jump, the distance he can cover increases by 3 feet.

Second Wind (1/Short Rest). On his turn, Mordred can use a bonus action to regain 1d10+18 hit points. In addition, he chooses 3 creatures within 60 feet that can see or hear him. Each target regains 18 hit points.

I was really tempted to wedge her into this post properly, but her part in Mordred's tale is tangential and it would've made this entry two paragraphs longer so I'm just dropping the hyperlink to the Lady of the Lake here instead.

Even for those of us not playing in Arthurian campaigns, this looks like an incredible build for a non-magical dark knight "big bad". I could see players loving to hate this guy...