News Digest for the Week of August 29 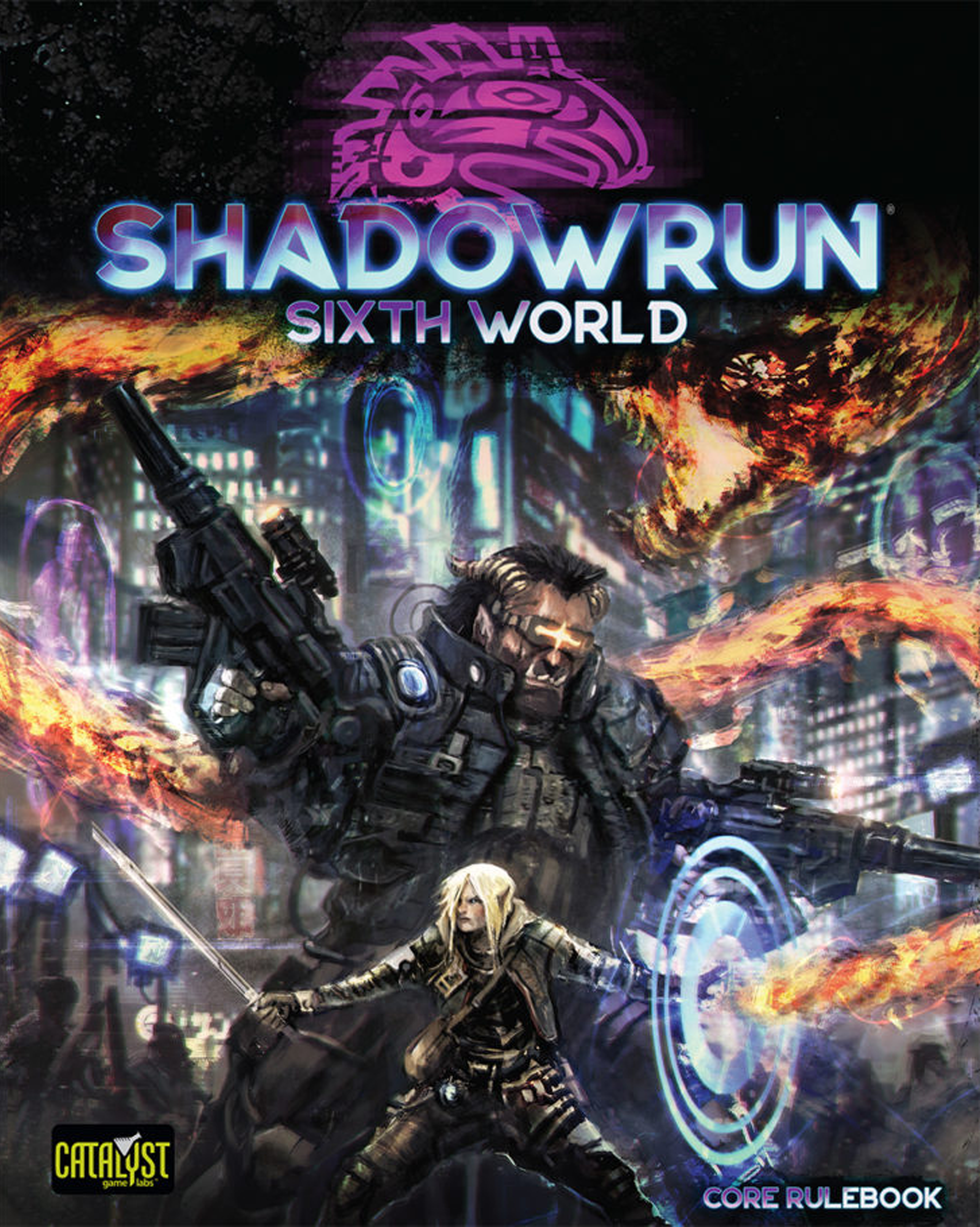 The Shadowrun Sixth World Core Rulebook came out in PDF this past Monday along with the announcement for pre-orders for the print edition. The 322-page PDF is available for $19.99 and includes all the basic rules needed for the new edition of the game and includes the errata from the print version released at Gen Con already included in the text. I have a lot of thoughts on the game, which you’ll get later this week when I post my full review of the game (with a separate video review on my YouTube channel more focused at returning Shadowrun fans) and next week when I’m the guest on Morrus’ Unofficial Tabletop RPG Talk. The print version, however, will not have the errata integrated as it’s from the same print run as the Gen Con release. The hardcover is available for $49.99 with two variant covers, the limited edition for $99.99 and the executive edition for $199.99. No firm release date has been announced for the print release. 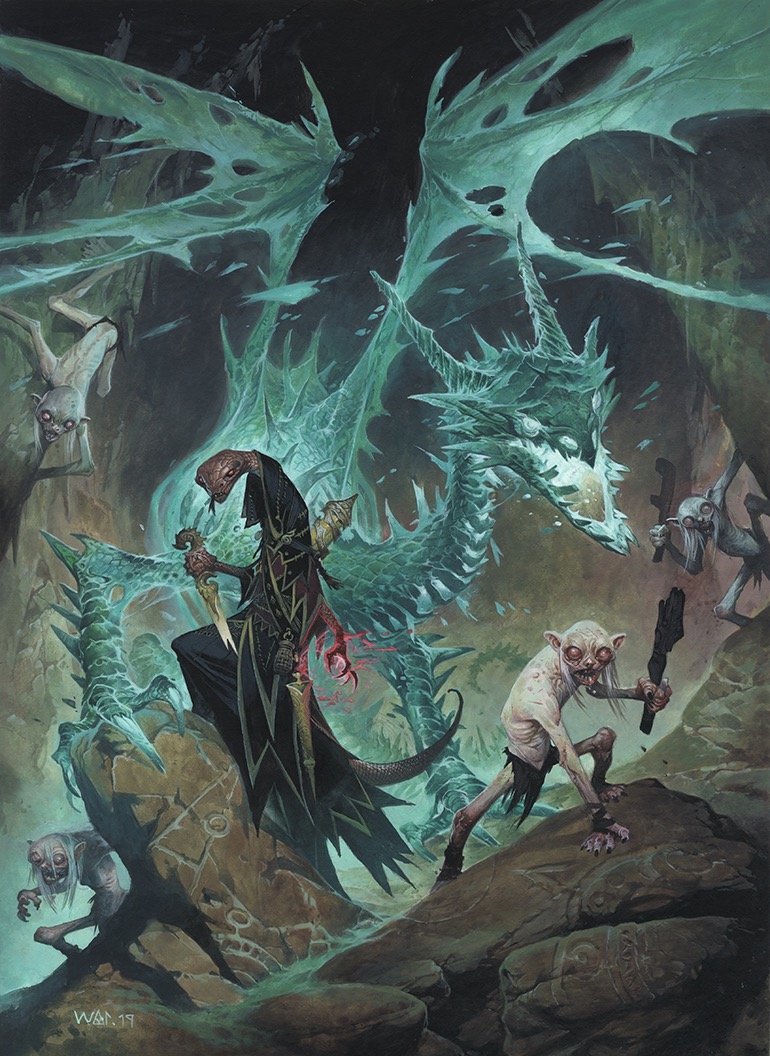 Paizo released the cover for the Pathfinder Bestiary 2 for Pathfinder 2nd Edition. The April release will be 320 pages and include both expansions to the monsters in the first Bestiary along with brand new monsters not yet seen in this edition. In total, there will be more than 350 monsters with full-color illustrations on “nearly every page”, universal monster rules to simplify special attacks, defenses, and qualities, and detailed lore sidebars. The regular edition will be $49.99 while the faux-leather deluxe edition will be $69.99.

In other Pathfinder news, Paizo released information about the hobgoblin ancestry which will be featured in the upcoming Lost Omens Character Guide due this October. Finally, we got a peek at what to expect in the Pathfinder 2nd Edition errata during a live stream. Humans should get one additional bonus language, proficiency in simple weapons applies to unarmed (even for wizards), ki spells are based off Wisdom for monks, the sorcerer is missing a 17th level Resolve class feature which should be the same as the wizard’s, wizards don’t get the 1st level class feat by default and only get one if they’re universalist, the adventurer’s pack is only 1 bulk, and Heroic Recovery takes you to 0 HP and not 1. The official errata release doesn’t have a firm date, but will be sometime before the Gamemastery Guide is released in February along with monster creation rules. 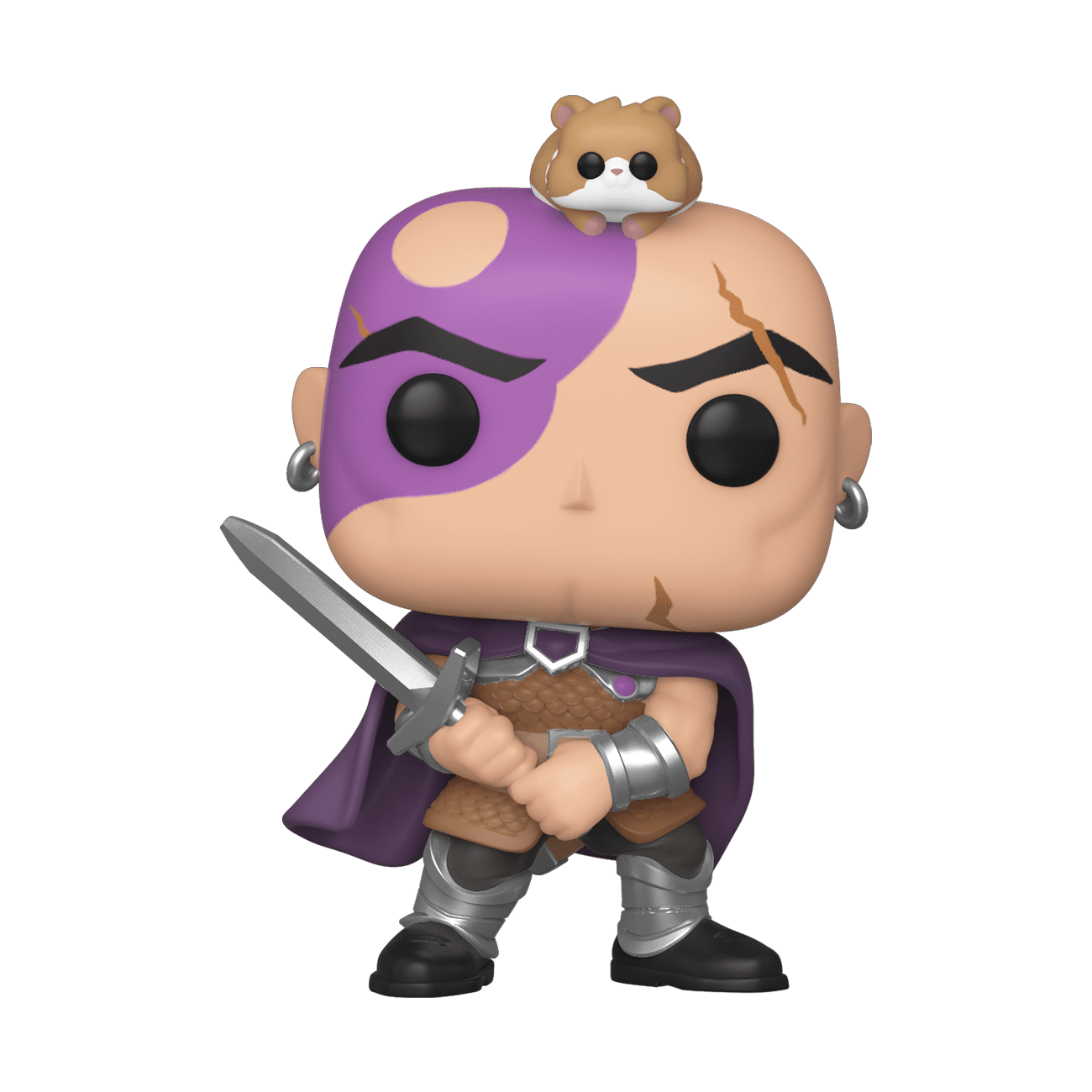 Funko Pop! announced a line of Dungeons & Dragons Pops! for future release. The initial release includes Asmodeus the Lord of the Nine Hells, a nameless Mind Flayer, and everyone’s favorite ranger with a miniature giant space hamster companion, Minsc and Boo. No release date or price has been announced. Seriously, that's pretty much all the information we have so far, that the line will exist. But doesn't that look so cute?! 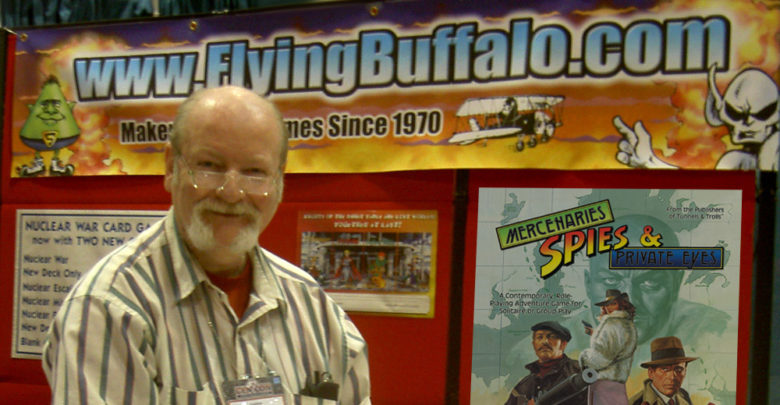 Following the passing of founder Rick Loomis last week, company manager Steve Crompton assured fans that Flying Buffalo will continue. In a statement, Crompton said, “Down the road there will also be new products for T&T, MSPE, Nuclear War, and Catalyst books like new Traps and Citybooks. They may not come as quickly as we’d like right now, as there is a lot to do in regards to taking care of Rick’s estate and Flying Buffalo. But rest assured, we are soldiering onward. That’s what Rick wanted us to do – and we plan to do just that.” Rick Loomis passed away from complications due to cancer this past Friday. The GoFundMe originally set up to assist with medical bills during his stay in the hospital is still open to assist his family with the final medical bills and other expenses.

Wizards of the Coast updated the banned and restricted list for Magic: The Gathering. In Standard, Rampaging Ferocidon is unbanned. In Modern, Hogaak, Risen Necropolis has been banned along with Faithless Looting while Stoneforge Mystic has been unbanned. In Vintage, Mystic Forge, Mental Misstep, Golgari Grave-Troll, and Karn the Great Creator have been restricted while Fastbond has been unrestricted. The effective date for these changes is August 30 with the changes affecting Magic Online on August 26 and Magic: The Gathering Arena on September 4.

Here at EN World, this was a big week for releases. EN5ider released “Wear & Tear”, a new rules subsystem for 5e that adds depth to equipment upkeep for a more realistic or old-school feel to dungeon exploration along with new gear. TRAILseeker already has more content for Pathfinder 2nd Edition with the adventure “Stranded on Faraway Island” that has the party stranded on an uncharted island after a shipwreck and the new ancestry for Grunk, large and kind but…let’s say The eleventh of the One Page Adventures launched, “Mama Bear’s Revenge”. This fairy tale inspired one-page adventure has the party attempting to make peace between an angry mother bear and the orc lumberjacks who accidentally killed her cub with the help (or hindrance) of the other creatures of the forest. Finally, Jim Ward tells us more about the origins of roleplaying, this time how he was responsible for the creation of the term “Monty Haul DM”.

Can you have a new edition of a roleplaying game that’s not technically a roleplaying game or a new edition? Anyway, Fiasco: The Cinematic Game of Plans Gone Wrong is Kickstarting a new…updated version let’s say of the original game, shifting from the original dice-based system to a card-based one. For those unaware of Fiasco, it is either a GM-less roleplaying game made for one-shots or a storytelling party game, and there has been heated debate over which one it is by people who think way too much about what is and is not technically a “roleplaying game”. Based on the sort of comedy of errors stories, most particularly the ones of the Coen Brothers, the game brings three to five players together with a series of scenarios as you find out how exactly all your plans blow up in your face. This new version of the game places all aspects of the game on cards to make it much easier to set up, much faster to play, and much easier to sort the Tilt, Aftermath, and Outcomes. You can get a print-and-play version of the base game with three playsets for $10, add on the digital expansions for four more playsets for $30, get the physical boxed set for $30, or pick one of the other backer levels for one or more of the expansions ranging from $45 for one to $90 for all four. This project is fully funded and runs until Wednesday, September 4.

RealmSmith looks to bring the sort of super-premium boxed set to 5e adventures outside the official Wizards of the Coast offerings with the Immersive Dungeons & Dragons Tabletop RPG Adventure Box. This boxed set includes miniatures, terrain, paints, GM screen, props, and more to bring your game to life, even including specially-themed scented candles, wooden tavern tankards, and a code for specially curated soundscape audio files. The big difference between similar offerings is that you have the chance to customize your experience with pledge levels starting at $5 for the module and sound files to $100 for the complete box to $450 for a subscription to the entire six-module adventure path with levels all in between so you can choose exactly what you want. This project is fully funded and runs until Thursday, September 5.

That’s all from me for this week! Don’t forget to support our Patreon to bring you more gaming news content. If you have any news to submit, email us at news@enworldnews.com, and you can get more discussion of the week’s news on Morrus’ Unofficial Tabletop RPG Talk every week. You can follow me on Twitch where I’ll be streaming work on my Shadowrun Core Rulebook review video, subscribe to Gamer’s Tavern on YouTube for videos on gaming history, RPG reviews (including said Shadowrun review), and gaming Let’s Plays, or you can listen to the archives of the Gamer’s Tavern podcast. Until next time, may all your hits be crits! Note: Links to Amazon, Humble Store, Humble Bundle, and/or DriveThru may contain affiliate links with the proceeds going to the author of this column.