Don’t forget, you can keep up with all the week’s gaming news in detail with Morrus’ Unofficial Tabletop RPG Talk. The first new episode of 2023 is coming on Saturday! I wonder if they’ll have anything to talk about… 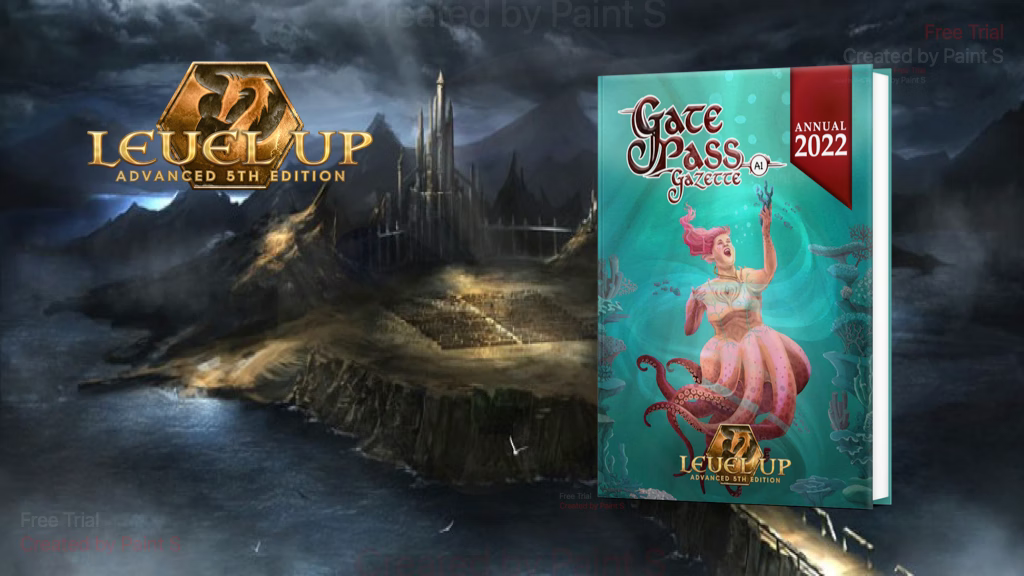 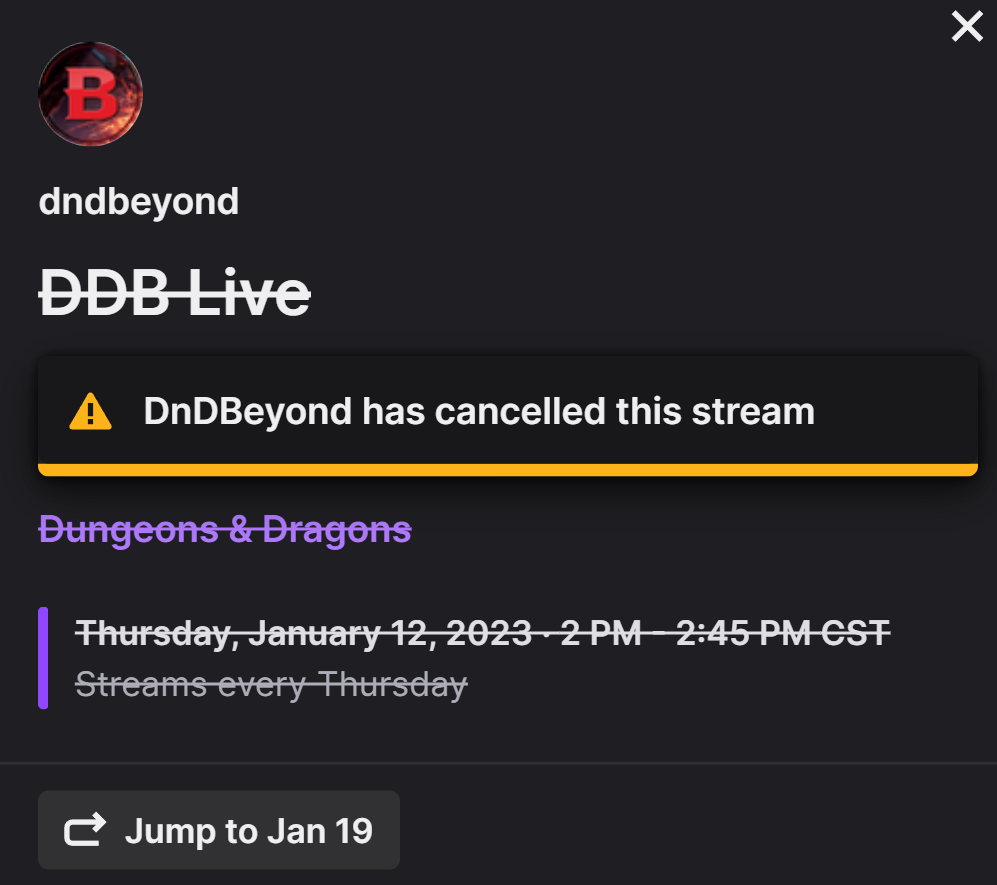 So did you hear that there’s been some controversy about the leaked update to the Open Gaming License? You might have seen it talked about by the Electronic Frontier Foundation, MSN, Cory Doctorow, Vice, Tech Crunch, Ars Technica, Polygon, Forbes (hi Rob!), Gizmodo, and other more mainstream news sources. The controversy exploded once again after the YouTube channel Battlezoo shared the full text of what is purported to be a draft of the OGL v1.1. This document is split into two different licenses – Non-Commercial and Commercial – with both the legally-binding language of the license and non-legally-binding commentary explaining the purpose of each clause.

This document does not “revoke” the OGL v1.0a, the current version of the Open Gaming License, but does state that it “is no longer an authorized license agreement”. Under these terms, the only way the OGL v1.0a would become invalid is upon agreement to the OGL v1.1. Other terms in the commercial license include:
An open letter protesting the new license under the social media hashtag #OpenDND has amassed at the time of writing over 60,000 signatures, while a second open letter from Jon Brazer signed by several industry professionals. EN World has also catalogued statements made by roleplaying game publishers including Cubicle 7, Matt Colville, Monte Cook Games, Kobold Press, former Executive Producer of Dungeons & Dragons Ray Winninger, and multiple OSR publishers about their reactions, opinions, and plans. Kobold Press in particular stated their intention to “Raise the Black Flag” by creating a brand new core fantasy game system. There is also a Change.org petition created by the originator of the OGL, Ryan Dancey that has over 5000 signatures at the time of writing. EN Publishing, the RPG publishing arm of EN World, also made a statement of their intent to refocus on their house system What’s OLD is NEW with a new starter set and that the company is exploring options to “de-OGL-ify” the text for Level Up: Advanced 5e along with its SRD to be released under “the most open, non-revocable license we can find”.

So far, the only official statement from Wizards of the Coast about the controversy is a single tweet on the D&D Beyond Twitter account on Tuesday, January 10, stating:

We know you have questions about the OGL and we will be sharing more soon. Thank you for your patience.
Click to expand...


Leaks on social media on Thursday claimed that an announcement was due at 12:00 noon Pacific time via a video statement, but no video was posted and the scheduled Twitch stream at that time on D&D Beyond was canceled at the last minute on the channel’s schedule. Meanwhile, YouTuber Ginny Di recommended that people cancel paid subscriptions to D&D Beyond, which caused so much traffic that the cancellation site suffered server errors throughout the afternoon and evening on Thursday. 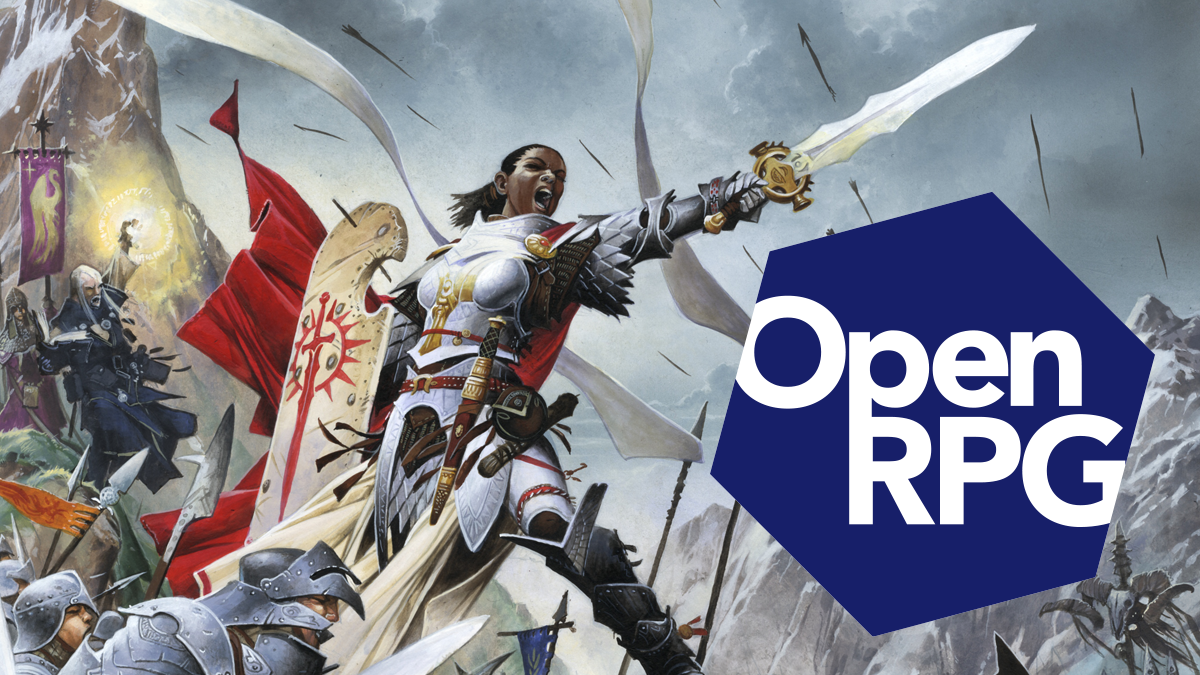 Paizo announced they are leading an initiative to create a new open license titled the Open RPG Creative License. Y’know, I wanted to make a “The time of the ORC has come!” joke, but all of Twitter, Facebook, and Mastodon apparently beat me to it. This perpetual, irrevocable license will be created by Azora Law, an intellectual property law firm co-founded by Brian Lewis, who was part of the legal team who wrote the original Open Gaming License for Wizards of the Coast. ORC will not be owned by Paizo but managed by a non-profit under the stewardship of Azora Law to ensure that those managing the license will have no financial interest in the RPG publishing industry. In addition to Paizo, multiple other companies have stated their support for the new license and intention to use it including Kobold Press, Chaosium, Green Ronin, Atlas Games, Legendary Games, Pinnacle Entertainment Group, Rogue Genius Games, and others.

As part of the statement, Paizo also commented on the ongoing controversy directly:

Paizo does not believe that the OGL 1.0a can be “deauthorized,” ever. While we are prepared to argue that point in a court of law if need be, we don’t want to have to do that, and we know that many of our fellow publishers are not in a position to do so.
Click to expand...


RPG publishers who would like to receive updates and provide feedback for drafts of the license can sign up to join the email list at this link. 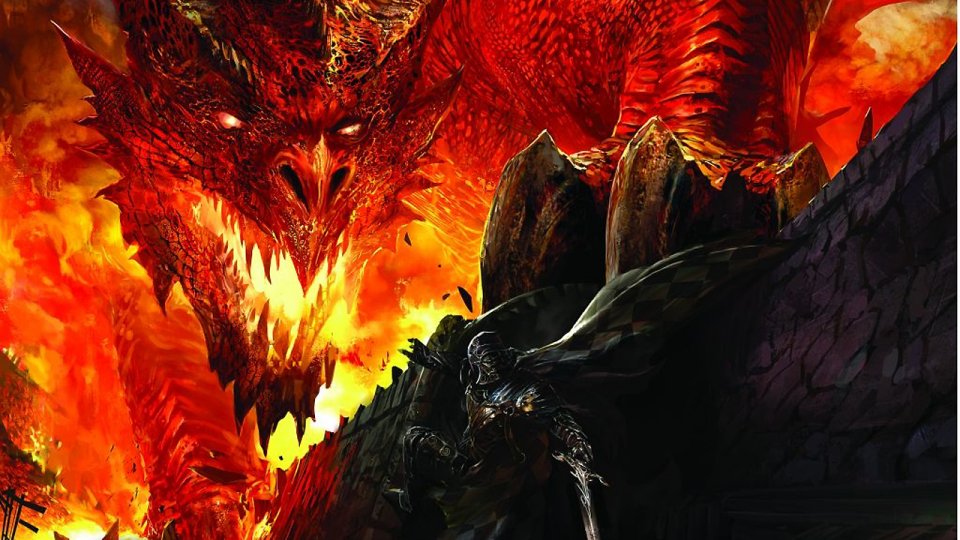 Deadline reports that a Dungeons & Dragons television series has been greenlit by Paramount to air on their streaming service Paramount+. Rawson Marshall Thurber (Red Notice, Easy A, Dodgeball: A True Underdog Story) wrote the pilot episode and will also direct it. Paramount won a bidding war between multiple networks for the rights to the show. This will be a co-production between Paramount+ and eOne, Hasbro’s entertainment studio which they are currently in the process of preparing to sell. No information is available at this time about the story, casting, or release date, but we do know that the first season has received an eight episode order. 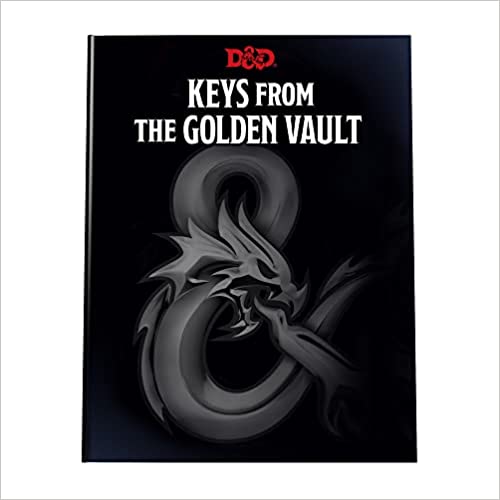 Amazon posted the pre-order page for the Dungeons & Dragons heist-based adventure anthology Keys from the Golden Vault. The page currently doesn’t have a cover image (as you can see from the placeholder above), but the item’s description offers a small hint:

Greetings, adventurer. You’ve snuck in and found a wondrous treasure! Keys From the Golden Vault is a Dungeons & Dragons adventure anthology with a heist at the center of every tale. Nothing else is yet known about the contents of this tome, but keep an eye on your favorite D&D news sources for your first sneak peek inside.
Click to expand...


The book has a scheduled release date of February 21, 2023, which places it just a few weeks before the release of Dungeons & Dragons: Honor Among Thieves. Considering the heist theme and the set-up to the plot of the film centering on heists, this adventure book may be a tie-in prequel to the events of the film. We’ll know for sure in just over a month, and you can secure your copy for a retail price of $49.95. 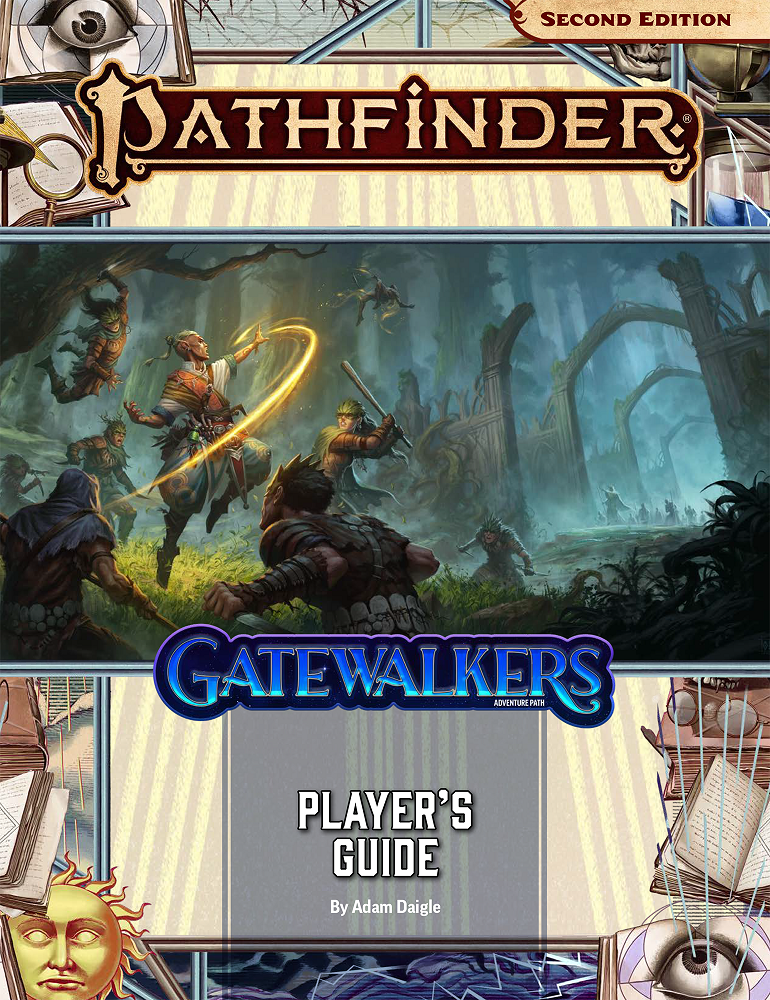 Paizo released the Gatewalkers Player’s Guide for Pathfinder 2nd Edition as a free PDF download. This spoiler-free guide features information and new character creation options for the Gatewalkers Adventure Path. From the description:

In this Adventure Path, the player characters are gatewalkers—a term coined by a paranormal researcher named Dr. Ritalson studying this event. Your characters were touched by the event and exhibit strange new powers they didn’t possess before the Missing Moment. The campaign begins with the PCs accompanying the eccentric Dr. Ritalson to Sevenarches to investigate a potentially related event, but their actions and examinations soon set them on a far-flung path to get to the bottom of their forgotten months and its implications on the world.
Click to expand...


The PDF includes information about the Missing Moment that drew your character into the events of the campaign, information on the deviant abilities from Pathfinder Dark Archive, character suggestions, new backgrounds, and more. The Seventh Arch, the first of the three adventures in the Gatewalker Adventure Path, is set for release through Paizo’s online store on January 25 and mass market outlets on February 7.

Modiphius officially launched the 2d20 World Builders Community Content Program on DriveThruRPG. This program, similar to Dungeonmasters Guild, Storyteller’s Vault, and other licensed programs, will allow creators to publish their works on DriveThruRPG under license from Modiphius. So far, there are two licenses, one for generic 2d20 System products that do not use any licensed material and a separate licensed…err, license…that will allow creators access to material from Modiphius’s published settings. So far, the only setting allowed is Achtung! Cthulhu but there are plans to add others in the future. In addition, there are two incentive programs for creators. Modiphius will match the first $100 in royalties to the first five creators with products of 10,000 words or more in either program, with an additional $500 in matching royalties for the submissions Modiphius thinks is the most impressive piece of content available by June 1, 2023. The publisher has also committed to promote select works each month as part of the 2d20 Newsletter. 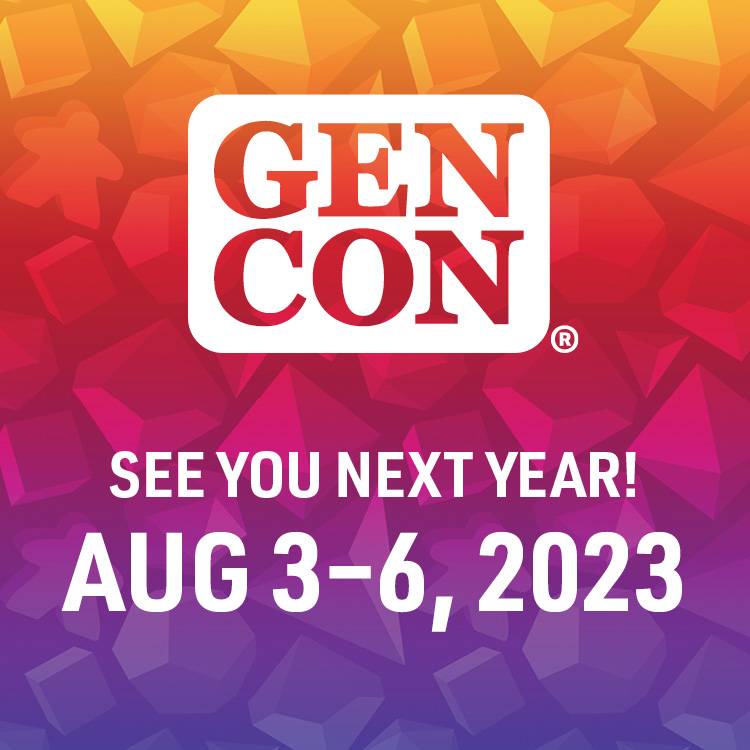 Gen Con announced badges for the 2023 convention will go on sale on January 29. Four-day passes will be $135, single-day passes for Thursday or Friday are $70, Saturday passes are $85, and Sunday is $17. Trade Day passes will be $235. Additional important dates: Housing registration begins at 12:00 noon Eastern time on February 12, 2023, while event registration for ticketed events start at 12:00 noon Eastern on May 21, 2023. One important note is the change in the health and safety protocols:

As of January 2023, Gen Con will not require proof of vaccination or masks at the 2023 convention. While continuously monitoring the situation, organizers will reserve the right to change this policy if conditions warrant at any time, including up to the start date of the convention.
Click to expand...


That’s all from me for this week! Don’t forget to support our Patreon to bring you more gaming news content. If you have any news to submit, email us at news@enpublishingrpg.com, and you can get more discussion of the week’s news on Morrus’ Unofficial Tabletop RPG Talk every week. You can follow me on Twitch to get notifications when I go live, follow me on Mastodon for RPG chat and general nonsense, subscribe to Gamer’s Tavern on YouTube for videos on gaming history, RPG reviews, and gaming Let’s Plays, or you can listen to the archives of the Gamer’s Tavern podcast. Until next time, may all your hits be crits! Note: Links to Amazon, Humble Store, Humble Bundle, and/or DriveThru may contain affiliate links with the proceeds going to the author of this column.
Click to expand...

I know there's a lot going on but don't sleep on Resvree folks, it's a special one. ♥

Abstruse said:
The book has a scheduled release date of February 21, 2023
Click to expand...


Man that's coming up quick not to have the hype train started. Normally we would be casting dispersions at WOTC right now for something we didn't like about the product. Maybe they wanted to have a few peaceful weeks in early 2023 not catching any flak?

sevenbastard said:
Man that's coming up quick not to have the hype train started. Normally we would be casting dispersions at WOTC right now for something we didn't like about the product. Maybe they wanted to have a few peaceful weeks in early 2023 not catching any flak?
Click to expand...

Feeds into my thoughts that it's a tie-in to the movie. They're waiting for the marketing push for that to piggyback on the big studio's marketing department.

Sssoooooo.... What kinda week have you guys been having?

I found the cover art for the new Golden Vault book coming out. Maybe is is a self-help book. 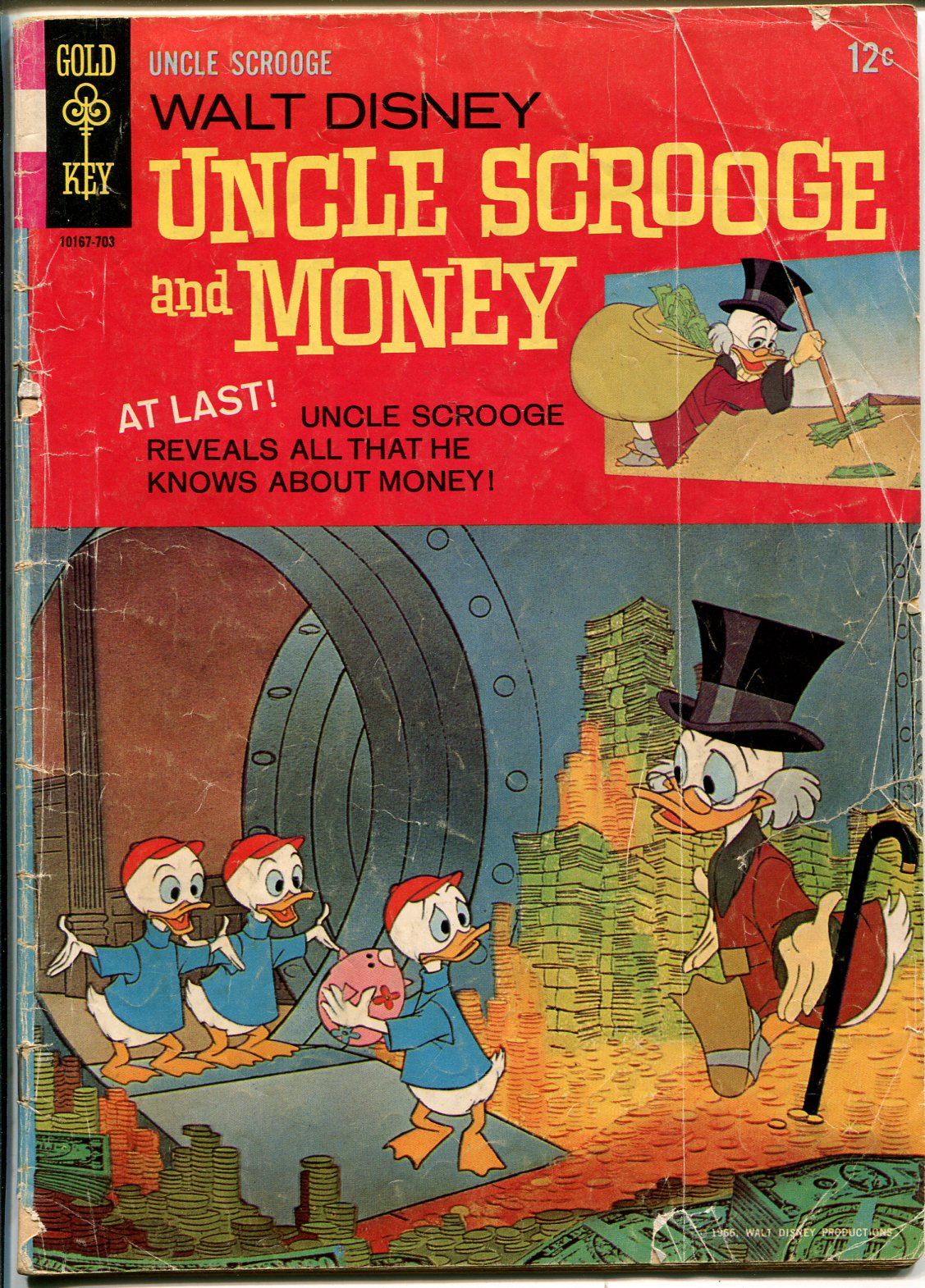 On the Paizo cover any idea whose fighting who