I just released my 15th D&D ONE PAGE ADVENTURE! This is another adventure which runs alongside your existing adventures, each encounter taking place at a different tavern. With decades of adventuring behind him it’s finally time for TALLADIO to rest his blade and settle down. Unfortunately however this charismatic vagabond’s past is coming back to haunt him—he was a glorious monster slayer and hero to many, but he also sired copious children that are all now tracking him down to exact vengeance for their abandonment! This supplemental mini-adventure for 4-5 PCs of 3rd-5th level is based on an EN5ider adventure by Mike Myler, illustrated by Claudio Pozas! Find it over on my Patreon! 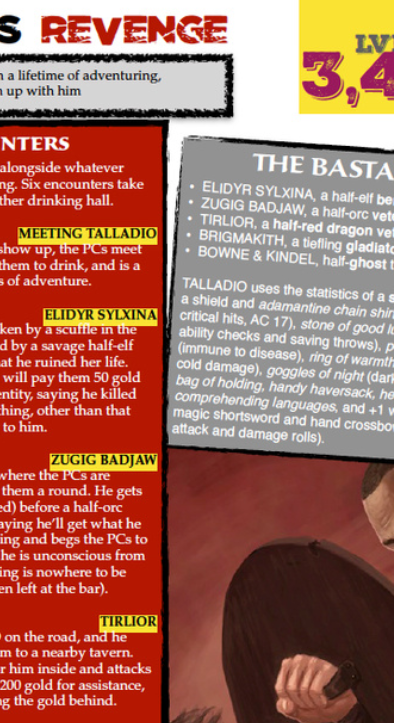 ​
This is my 15th ONE PAGE ADVENTURE (well, 16th if you count Presents for Goblins, the free bonus one last Christmas). Others have included: