Paizo has shared the contents page of its African-inspired setting book, The Mwangi Expanse, which was released yesterday.

"South of a forbidding range of mountain peaks lies a land of boundless resources and untold opportunity. The Mwangi Expanse has been home to an untold diversity of cultures and peoples since time immemorial, hosting powerful, isolated city states that have often paid little attention to their neighbors. Yet the turning tides of fortune have begun to usher in changes that are rippling across the world. As a band of scholars from an ancient university venture north to aid a disaster-torn Avistan. A revolution-forged nation seeks powerful allies against foreign aggression. An undead god, once a symbol of hope to his declining nation, now grows jealous enough to turn on his self-proclaimed kin. Whether you are a diplomat seeking leverage from the most difficult of positions, a spy seeking the subtlest hint of danger from your surroundings, a guardian hoping to protect your home and people, or a warrior striking back at tyrants both native and foreign, this guide to the Mwangi Expanse offers you the ultimate resource to explore a realm of magic, monsters, and intrigue!" 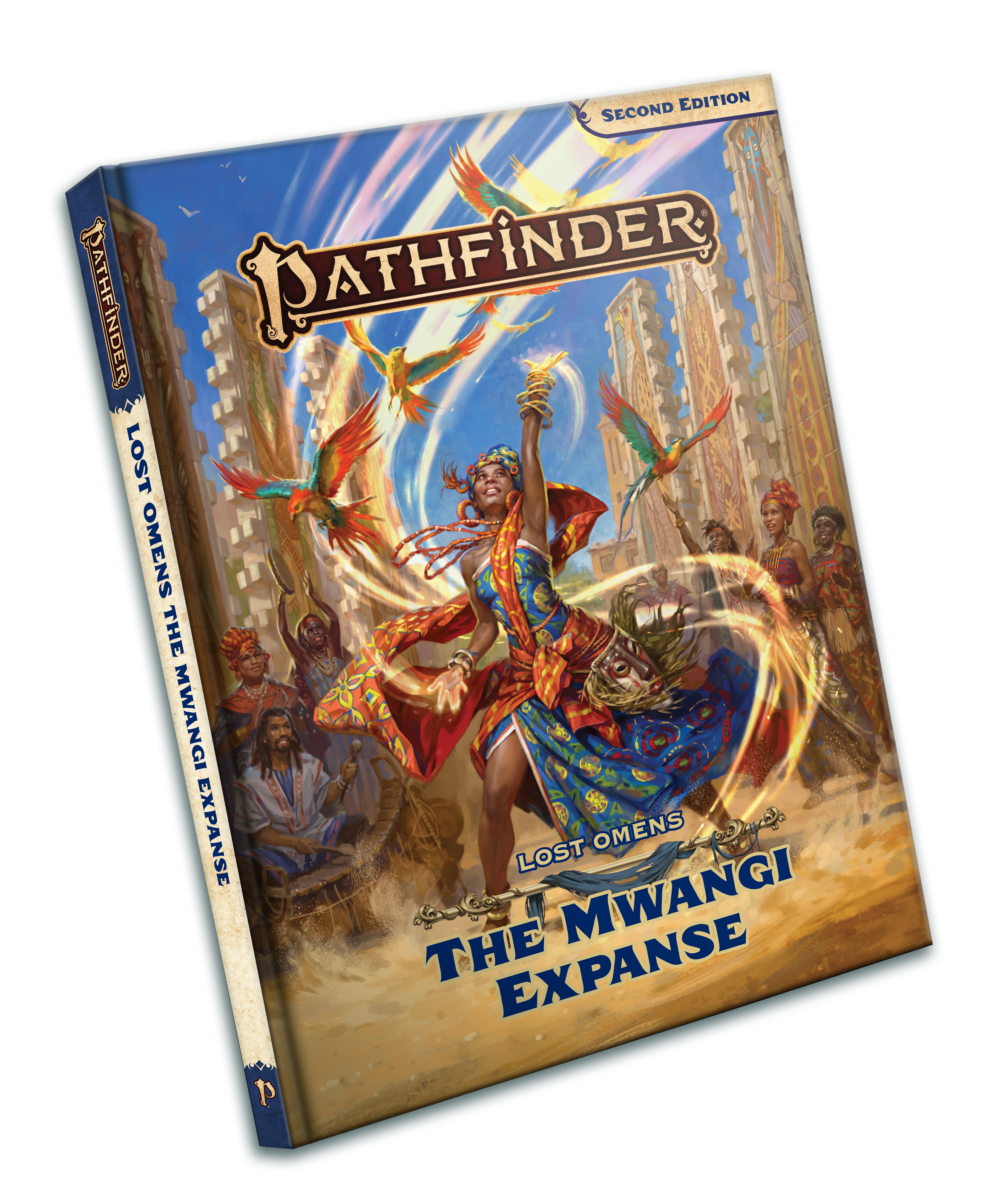 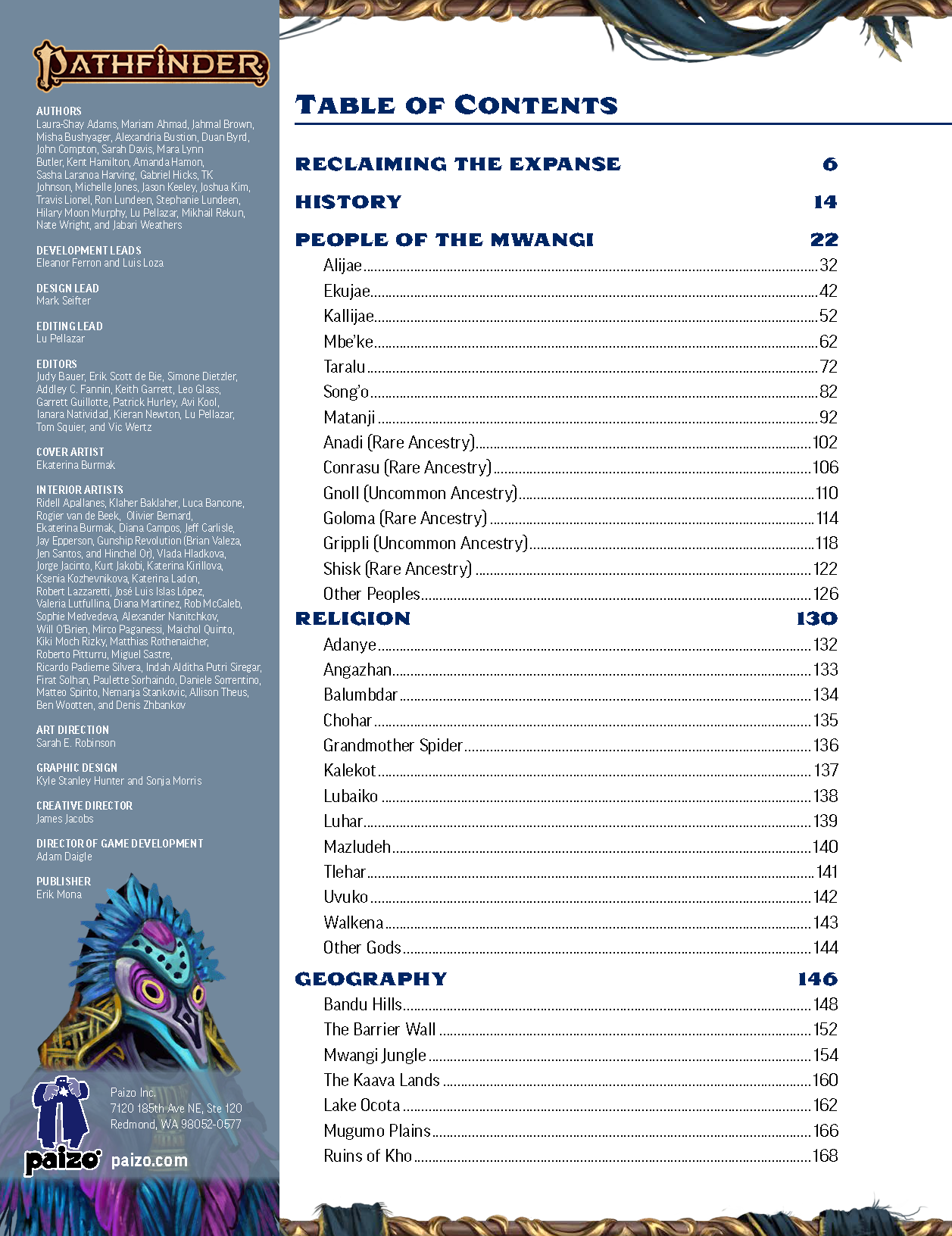 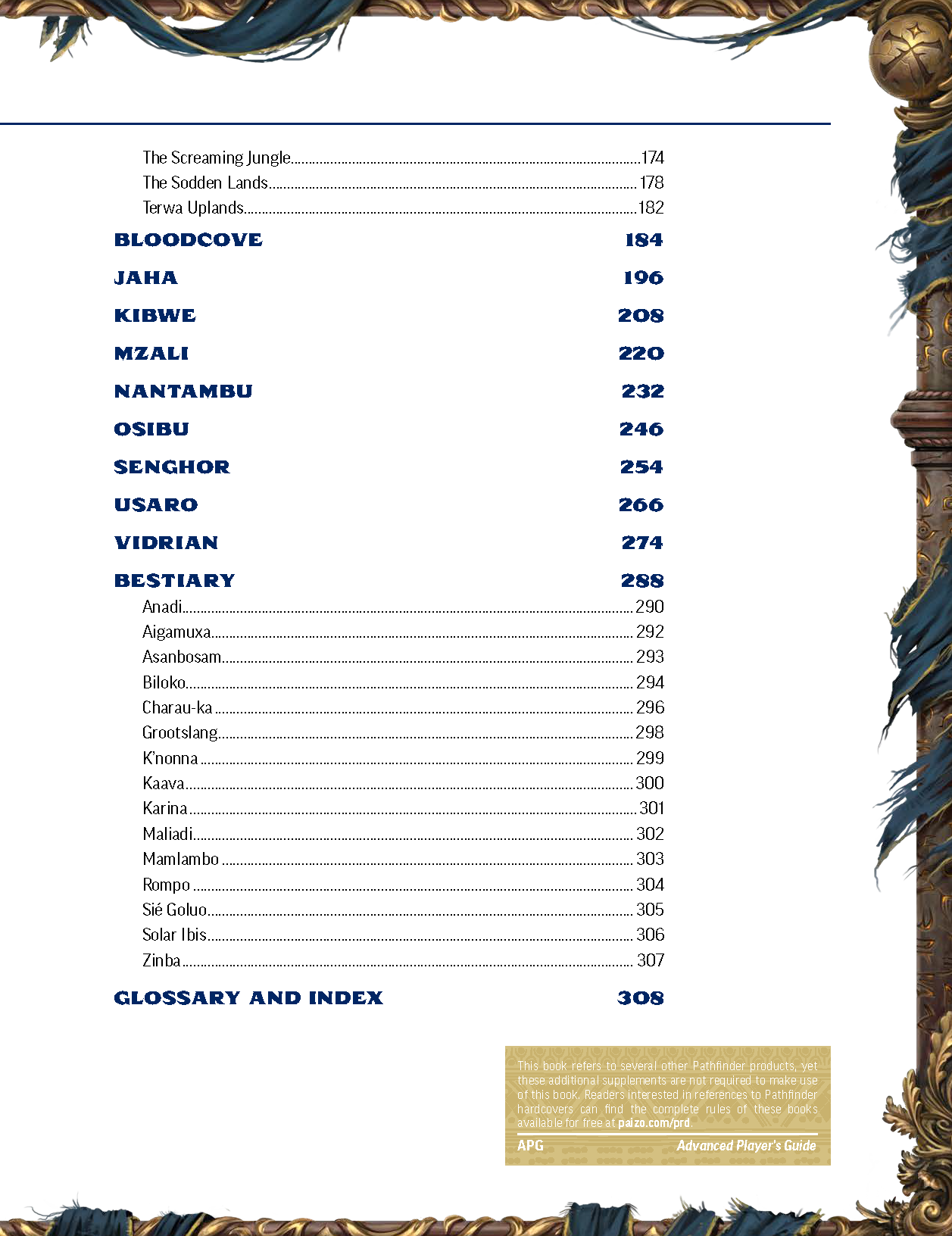 ​
Paizo also mentions some early errata for the book --


We fixed the errors in the PDF versions but didn’t spot them in time to alter the printed books. Gripplis have the wrong ancestry bonuses in the printed copies. As a result, they lack the correct ability score boosts (Dexterity, Wisdom, and a Free boost, plus their Strength penalty). The ancestry also has a line noting “others probably assume [gripplis] are savage, simple-minded, or both.” It was meant as a note that such assumptions were flawed but didn’t convey enough context to be appropriate in any sense. Moreover, that language specifically violates our own guidelines on how we talk about people. Our developers and editors know to remove those words on sight to avoid situations like this. However, due to a process issue, this was flagged during production but not actually removed. We’ve instituted new procedures to prevent words like this from ever making it to print.
Last edited: Jul 8, 2021
Click to expand...

This book looks so amazing!! For those that own this what is the estimated Fluff to Crunch ratio? Thank you in advance.

Giantrollorc said:
This book looks so amazing!! For those that own this what is the estimated Fluff to Crunch ratio? Thank you in advance.
Click to expand...


25-30% Crunch, I'd say. You get monsters, ancestries, and religions, plus an index for monsters in the Mwangi that are in the regular bestiaries. Most everything else is there to flesh out the region in impressive detail. I'm a guy who doesn't use published settings and it's even got me impressed.

Paizo should aim to do something like this for Tian Xia, or at the very least Northern Garund (which could really benefit from a solid second look).