Pirates of the East Isles Volume I explores the East Isles of Glorantha and builds from RuneQuest: Roleplaying in Glorantha. A land with its own gods and its mythology, the East Isles are home to mystics, martial arts, and pirates. This supplement is tightly focused and densely packed with background and rules to bring the setting to life. 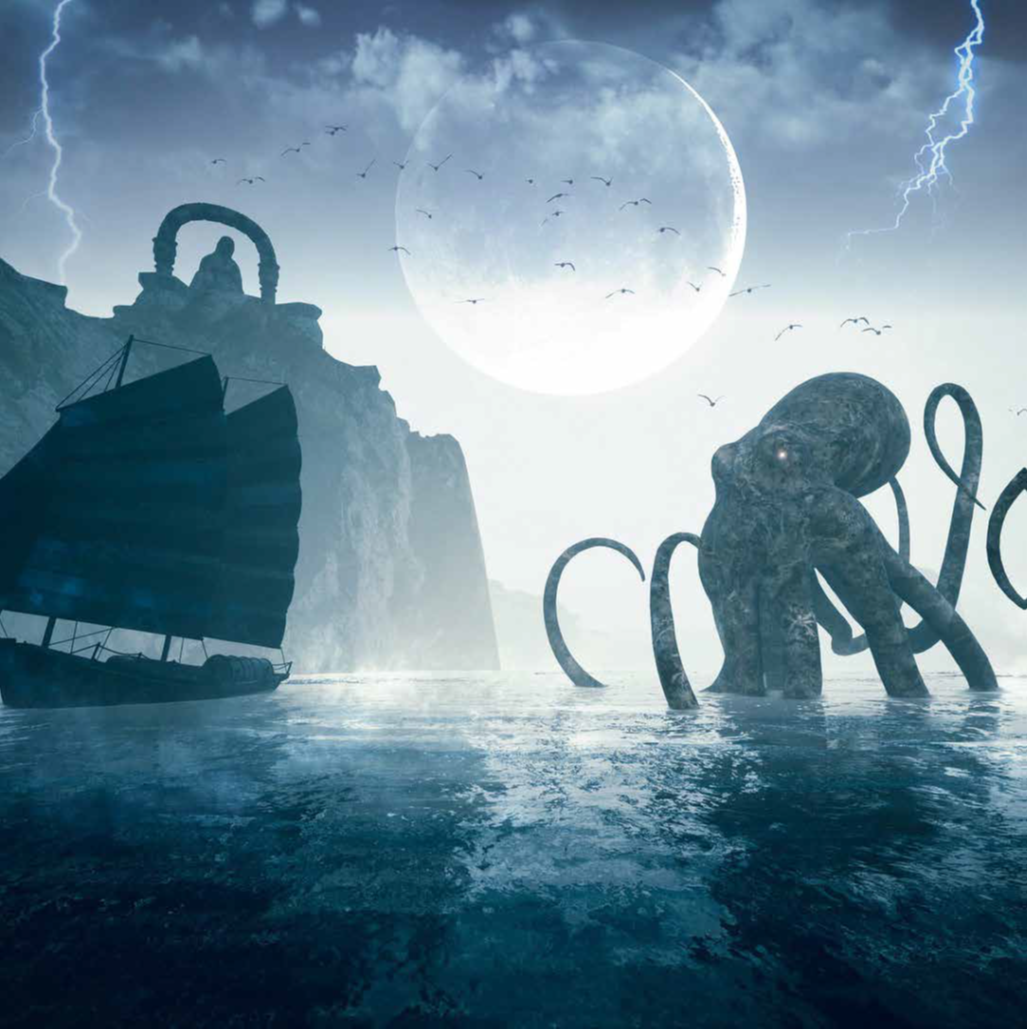 This setting supplement is divided into six chapters. Character creation, martial arts, and cults will all assist players in creating and detailing characters native to the setting. GMs have chapter on running the game, monsters, and a location and sample adventures. Combined, these six chapters provide a tightly focused campaign focused on the East Isles and PCs that hail from there. The PCs will have local gods and cults to follow, martial arts and magic unique to their homeland, and specific challenges to overcome and goals to achieve centered on the ongoing machinations of various factions in the islands.

This laser focused small scale is my favorite kind of supplement. A GM can pick this up and get going quickly without having to learn about the entire setting of Glorantha. PCs will have homelands, family history, rune affinities, cultural skill bonuses, occupations, cults, and family heirlooms tied directly to the islands. PCs can also play ducks (and pelicans and gulls) called keets, but ducks that are sailors tied to the Truth rune. Yes, I immediately thought of Donald Duck but I like ducks and I’m glad they are part of the islands. Ducks just have attitude, mojo, and moxie. And now, martial arts. 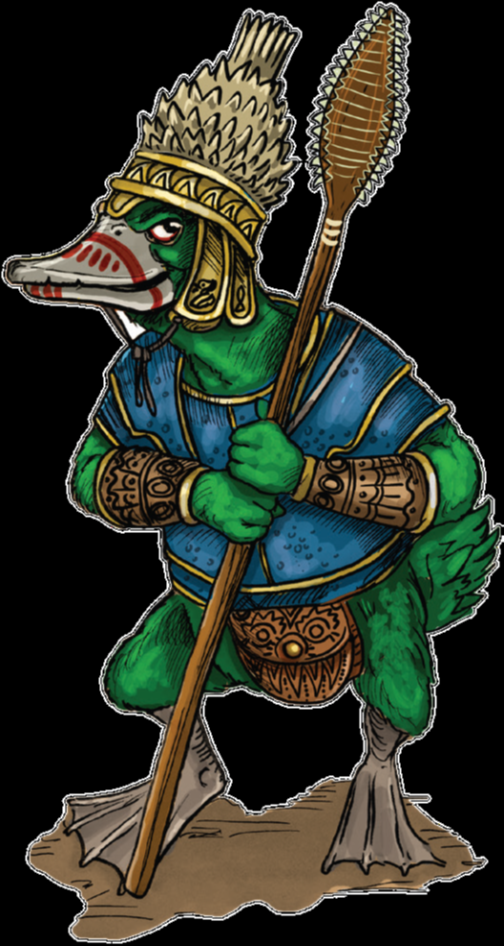 For example, I could play a pelican keets from The Haragalan Commonwealth, financed by a large network of voluntary and led by merchant-prince Trader Jadilulo. My keets respects the island god Lumavoxoran and is an initiate of Teleremo, the Sailing God. His Shiphandling skill will get him into the cult and he will learn to master the winds. My pelican would without a doubt train at the dojo dedicated to Darja Danad’s Bending Discipline. With enough practice, a bender can dodge missiles and melee strikes and leap, swim, and climb with mystic power.

On the GM’s side, the first three of ten planned adventures are included. There are also rules for pirate ships and running a crew. Random sea encounters are included with tables such as the Weather Table, the Pirates Table, the Merchant Ship Table, the Sea Monsters Table, the Demon Fleet Table, and more. From these results alone, a GM can spin off a dozen or more adventures. PCs could see a vision in the sky of a demon getting shot out of the sky and end up riding a massive tidal wave 1d4 hexes away. They could encounter a castaway or shipwreck survivor. Or run into Seat Trolls or the Dweller in the Deep, a giant walktapus. Servants of the antigods sail the seas and may come into conflict with the PCs.

The GM has access to a variety of new monsters. Antigods and their followers will oppose the PCs. The Dweller in the Deep is Cthulhu in all but name. There are predatory animals and the helpful mermaid like Ludoch. The Sorn are keets who joined the antigods and are unsightly creatures resembling a smallish pterodactyl.

Pregezora, popularly known as Pirate Island, is the most mysterious island of the East Isles. That is because its goddess, Zaractoli, keeps it hidden from all but her initiates. It cannot be found by non-cultists. Pregezora is a rocky, inhospitable land. In such a harsh environment, Zaractoli demands that her followers’ resort to piracy to survive. This location is well detailed and filled with NPCs with agendas that may align with those of the PCs and will likely end up in opposition as well. Pirate Town, a settlement, is detailed including maps.

The Puzzle Map is an adventure to kick off an East Isles campaign and net the PCs a ship. I felt that the NPCs had a bit too much screen time as written and I would scale back their influence. However, the details and provided stats are extremely useful for a time-strapped GM. There is a cracker joke about a keet named Pah Li that I would not include. I might tweak the name of Pah Li to Li Pah. There are also helpful maps and NPC portraits, both a nice touch.

Low in the Water allows the PCs to try a bit of piracy against a merchant ship. This adventure is PC driven, which I really like. Advice is given for a variety of situations that the PCs might get into. The included ship map is well done.

Tsankth! is another PC driven adventure. Pirates show up at a village where the PCs are staying. What do the PCs do next?

Pirates of the East Isles Volume I offers a concise, well detailed setting with plenty of PC and GM support. Piracy and martial arts fit into Glorantha while remaining a unique spin on the setting. The East Isles setting is well detailed with several maps, the rules are well detailed for PCs and monsters, and the GM has both random encounter and adventure support. A GM looking for a deeply rooted campaign for RuneQuest could find months of gaming with this supplement alone, and two more are planned. A great supplement to kick off a new campaign with.
Click to expand...

The best kind of Fu

Publisher
Pirates of the East Isles features in our latest round-up of new releases in the Jonstown Compendium. We've added a link to this review!

When I saw the octopus half-out of the water, I thought this was that other Chaosium game...