This week, Morrus and Peter are joined by Theodore Bergquist to talk about Trudvang Chronicles. In the news, Dungeons & Dragons movie casting news, new Pathfinder sourcebook with combat wheelchair, Terminator RPG cover reveal, Call of Cthulhu more popular in Japan than D&D, and more! Plus Our Favourite Game in All the World and a brand new sketch about getting stuck in a rut playing Burrows & Bearowls. 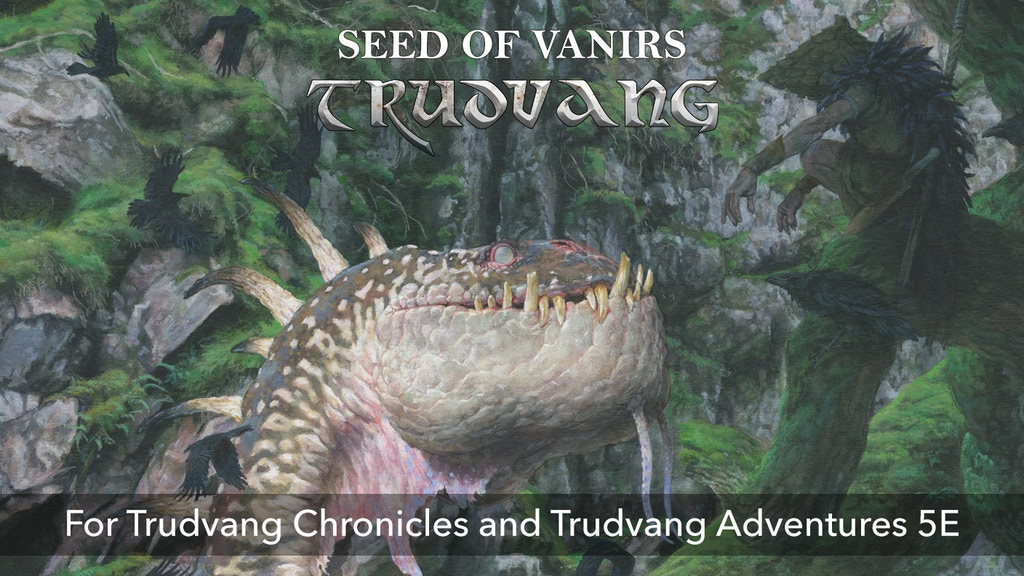 Pathfinder Lost Omens: Grand Bazaar Upcoming Pathfinder 2E supplement to add assistive items, including a battle wheelchair you can use as a weapon

The art of Trudvang Chronicles is quite something to see. Swedish folks know how to make wonderful artworks.

Supporter
That CoC is more popular than DnD doesn't surprise me all. Gonna also second Mercador above on the Swedish having some spectacular rpg art.

The inspiration from John Bauer is clear as water. TIL that Bauer died in a shipwreck that he took because of a train accident earlier 2 month before. Really Camus-esque death. Thanks Wikipedia for all those minutes lost

Mercador said:
The inspiration from John Bauer is clear as water. TIL that Bauer died in a shipwreck that he took because of a train accident earlier 2 month before. Really Camus-esque death. Thanks Wikipedia for all those minutes lost
Click to expand...

Well, it was a story in itself, look :

Bauer, Ester and their three-year-old son, Bengt, were on their way to their new home in Stockholm, where Bauer hoped for spiritual renewal and a new life for himself and his family. A recent, well-publicized train accident at Getå[45] caused Bauer to book their return to Stockholm by boat, the steamer Per Brahe.[46] 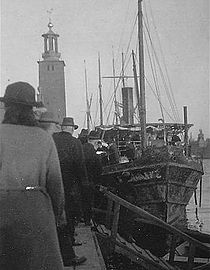 The SS Per Brahe in Stockholm after the salvage
On the night of 19 November 1918, when the steamer left Gränna it was loaded with iron stoves, plowshares, sewing machines and barrels of produce. All the cargo did not fit into the hold and a significant portion was stored unsecured on deck, making the ship top-heavy. The weather was bad and by the time the steamer was at sea a full storm was raging; the wind caused the cargo on deck to shift, some of it falling overboard, further destabilizing the ship. The ship capsized and went down, stern first, just 500 metres (1,600 feet) from the next port, Hästholmen, killing all 24 people on board, including the Bauers. Most of the passengers had been trapped in their cabins.[47]

The wreckage was found on 22 November 1918 at a depth of 32 metres (105 feet), and was salvaged on 12 August 1922. Investigations indicated that just one third of the cargo had been stowed in the hold, the rest unsecured on deck.[47] The salvage operation turned into a bizarre public attraction; for example, a sewing machine from the steamer was smashed into pieces and sold for one crown each. It is estimated that about 20,000 people came to watch the raising of the ship, requiring the addition of trains from Norrköping. Newsreels featuring the raising of the ship were shown in cinemas all over Sweden.[48] In order to finance the salvage operation, the Per Brahe was sent on a macabre tour throughout Sweden.[49] The newspapers fed people's superstitions that the mythical creatures of the forests had claimed Bauer by sinking the ship. The most common theme was connected to the tale Agneta och sjökungen (Agneta and the Sea King) from 1910 in which the Sea King lures a maiden into the depths.[50] On 18 August 1922, the Bauers were buried at the Östra cemetery in Jönköping (in quarter 04 plot number 06).[51]

Mercador said:
Well, it was a story in itself, look :
Click to expand...

Fascinating, ironic and tragic all at once.

It is quite sad to learn about the tragic end of one of my heroes. But big thanks to @Mercador to bringing it up.

John Bauer together with Arthur Rackham are incredibly influential for me. Every work of them provides stories. And their works show us that there is a wolrd full of legends, fairy tales and myths out there. They remind me to be human through imagination and feelings and not only to function in our modern world.