D&D 5E Pratice and study are for amateur. TRUE POWER IS A BIRTHRIGHT. A SORCERER GUIDE 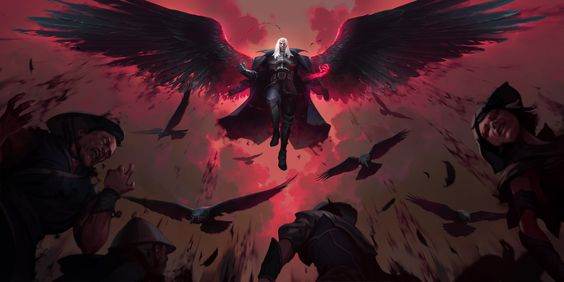 It is common sense that the sorcerer needs improvement, because he is weak. But, common sense is often wrong.
The Sorcerer is the most powerful class in the game in my opinion in combat and out of combat. But you need to be EXTREMELY careful when choosing spells and metamagic.
The guide teaches you how to use the combination of spell and metamagic like no one has ever seen.
Also, few people realize that the Dragon Sorcerer can easily persuade any dragon to be his mount (believe me, it's not an exaggeration) and still dominate the sky with distance spell. See how to follow.

I will not analyze each spell and feat as in other guides, this will be directed only to powerful combinations.


Color Coding the Guide:
This guide will use the following ratings:

Red is dead. A trap that you will want to avoid at all costs, either because it's ineffective or because it's thoroughly outclassed by another option that accomplishes something similar.
Purple is a substandard choice. It might be useful in corner-case situations, but overall it's not worth the investment.
Black is average. You're not hurting your character by taking this, and it might even help in some situations, but there are better choices.
Blue is a good choice. It definitely helps your character in the majority of cases.
Sky Blue is a fantastic choice. An option you should strongly consider above most others.
Gold is mandatory. It's a rare rating that denotes something that is so good that you must take it, or you can't call yourself optimized.


THE BLASTER, his objective is to kill the enemy in the first round. Combat tactics and efficiency to avoid enemy's reaction. 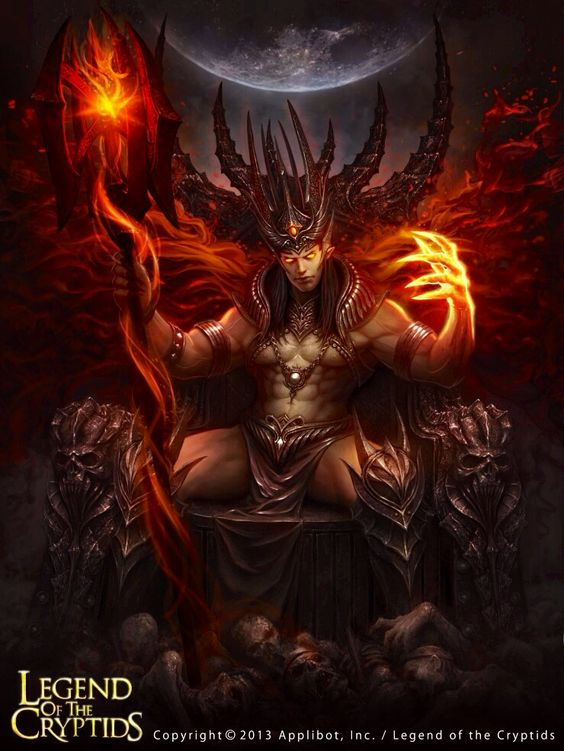 ​
This is the most powerful race in the game for a sorcerer.
Bonus charisma? Check
Resistance to necrotic and radiant? Check
Darkvision? Check
Healing? Check
Supersayajin ability as action? Check.
Flight? Check
Extra damage equal your level with a spell? Check

• Radiant Soul. Starting at 3rd level, you can use your action to unleash the divine energy within yourself, causing your eyes to glimmer and two luminous, incorporeal wings to sprout from your back.
Your transformation lasts for 1 minute or until you end it as a bonus action. During it, you have a flying speed of 30 feet, and once on each of your turns, you can deal extra radiant damage to one target when you deal damage to it with an attack or a spell. The extra radiant damage equals your level.
Once you use this trait, you can't use it again until you finish a long rest.

Radiant Soul + Quicken Dimention Door to fly at 500 feet.
You can position yourself within range and start blowing things up from a distance with Distant Fireball (300ft), Distant Insect Plague (600ft). adding your level to the final damage. 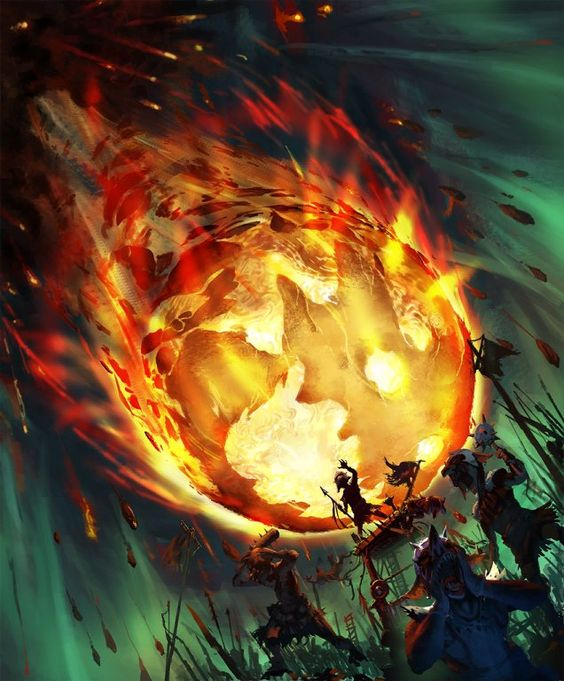 Super Fireball Level 6 Dragon Sorcerer
Action for Radiant Soul and Quicken Empowered Fireball for average 46 damage that ignores resistence.
To get a sense of damage. This is one shot against PCs at the same level. 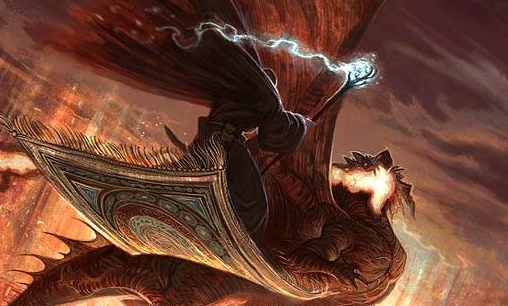 ​
Using the advantage of flying (Radiant Soul + Quicken Dimention Door) and attacking over long distances that ignore cover. We have the Insect Plague Spell to dominate the sky.

Distant Empowered Insect Plague hits the enemy at 620ft and the Sorcerer level 10 (Empowered 4d10 +10) deals around 40 damage per turn.

Honorable mention: If the enemy is flying, a Distant Tidal Wave (300ft) can knock them prone.... Well, we know what happen with falling damage. Also, 34 average damage is pretty decent.

2 miles away and can annihilate enemies instantly 195 average damage that ignores resistance.

The Dragon Sorcerer is by far the best class to persuate a Dragon to be your mount (See below). Get your dragon pet as a mount and dominate the sky with distant spell. 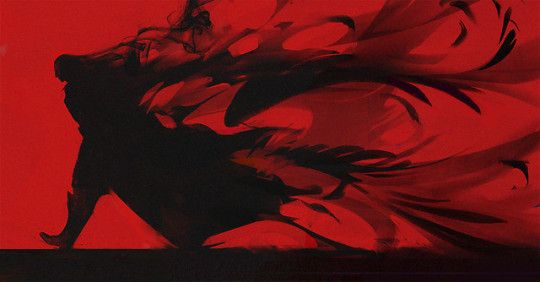 ​
No other spellcaster benefits as much from this spell as sorcerers.
It is indeed the most defensive and offensive magic in entire the game.
16 hours, you can regain resources, prepare an ambush, sneaking. Be creative.

As an action you can reappear and still cast Quicken Spell.

60ft, move a little to go out the enemy counterspell range.

If you are a Shadow Sorcerer with Umbral Form, you just move inside an object for impunity. 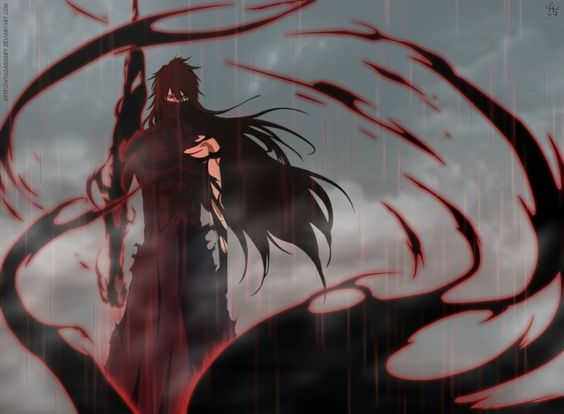 The Shadow Sorcerer level 7 can Twin Polymorph into 2 Giant Ape. For ****ing powerful beats that deals +9 to hit, 3d10+6 x 4 with 150 HP.
As bonus action The Shadow Sorcerer uses Hound of III Omem that is a buffed Dire Wolf with Pack Taticks for free advantage, If the Hound hits, DC 13 or knock prone (OMG, Knock Prone against 3 ****ing powerful beast is a death sentense).
The best part is... The Hound apply disadvantage against all Sorcerer's Spells.
The Hound combo with Giant Apes and still apply disadvantage... It's insane...

Are you trying hide? The hound know your location.

The Sorcerer can deal 100 damage per turn (If all hits, HIGH CHANCE) + Sorcerer spells (With Disadvantage)...

It's long duration combo that is insane.
If the Sorcerer wants to spend more resources, the sorcerer can summon multiple hounds for still more insanity. 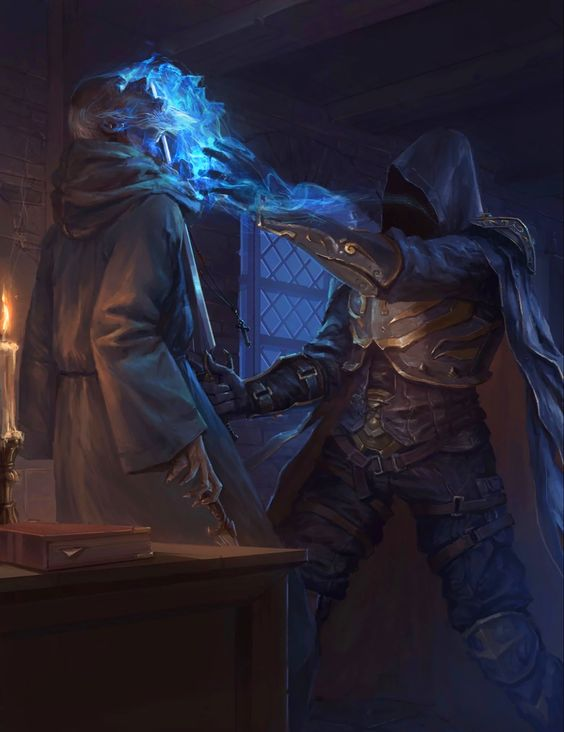 Now the can cast spells against enemies with IMPUNITY. Yes, It's the power of SUBTLE SPELL. 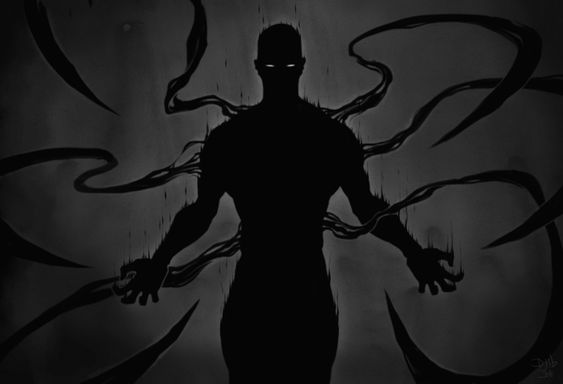 The Controller.
The Hound of Ill Omem as bonus action + Careful Fear/Hypnotic Pattern is a death sentense against ENEMIES, your party will love you. The hound is devouring a feared enemy while the sorcerer blasts the enemy. It's completely broken on 1v1 arena.

With Sorcerer's FLEXIBLE CASTING, the sorcerer can spend all level 3 or lower spells slots into Sorcery points, then, Sorcery Points into higher level spells slots.
So, at level 7, the Sorcerer can cast Twin Polymoph 3x/DAY... Look. 3x day against once/day Wizard.
The Sorcerer 2 giant ape for 3 hours/day x Wizard 1 giant ape for 1 hour/day...
It isn't fair.

"Umbral Form
Starting at 18th level, you can spend 6 sorcery points as a bonus action to transform yourself into a shadowy form. In this form, you have resistance to all damage except force and radiant damage, and you can move through other creatures and objects as if they were difficult terrain. You take 5 force damage if you end your turn inside an object.

You remain in this form for 1 minute. It ends early if you are incapacitated, if you die, or if you dismiss it as a bonus action."

Invulnerability: This means that you can cast a spell and enter an object in the same turn to get the benefit of full cover.
You may still have resistance against radiant damage being aasimar.
In practice, you are invulnerable.

Long range and reliable damage: Distant spell for Insect Plague for 620ft range that can be insane combo with Aasimar Racials.
Empowered 5d10 + extra damage equal your level that ignore cover as your most reliable damage spell.

Spellcasting Superiority: Subtle Counterspell (Always win a counterspell battle) and Distant Spell for long range spell. You are a beast on spellcaster battle.


SOCIAL GOD AND THE BEST ABILITY OF THE GAME
​
The sorcerer is by far the most powerful class to social games.

This is by far the most broken ability in the entire game.

Subtle Spychic Scream:
During a conversation, you can simply use Psychic Scream and kill all enemies without any evidence of spell casting. After all, there is no visual effect.
it is Blue Sky because it is only accessible at high levels.

Subtle Wish:
It's simply Broken. This simply puts level 8 or lower spells effects into the game without any evidence of spellcasting. Want more?
Duplicating Glibness and with Expertise with Persuate (Subtle Skill Empowerment spell)
You for an hour, have rolls at least 32 ~ 37 persuation checks.

Subtle Dominate Monster/Person:
For me, It's obligatory for Subtle Sorcerers, mostly upcasted. 8 hours controlling a creature and without any evidence is simply broken.

Honorable Mention:
Versatility? Many say of the versatility of Wizards. But it is difficult to compete with Subtle Dominate Person / Monster Spell / Suggestion. You can control any creature in the game with impunity. Want some magic? OK Want an item? OK Do you want a scroll? OK Want an ally in combat? OK Nothing in this game is more versatile than that.

Subtle Mental Prison:
A horrible way to die, isn't it?

Subtle Synaptic Static:
During a conversation, you can simply use Psychic Scream and kill all enemies without any evidence of spell casting. After all, there is no visual effect.
Amazing for stealth sorcerers.

Want to disguise yourself and your party for 8h? Check
But, the best part is not this ... Imagine that the king has a mortal enemy. You use Subtle Seeming Spell and force the target a Charisma Saving Throw .... GOOD IF IT FAILS, ITWILL HAVE THE APPEARANCE OF THE KING'S MORTAL ENEMY, if used well, can simply create war between nations.

Subtle Enemies Abound:
This one is fun for Chaotic Characters.
Imagine how fun it is to watch people kill themselves.

The Subtle Mind Spike and Sleep combo at low levels are simply broken. I killed creatures and NPCs very easily. With Stealth Expertise (Prodigy feat) and Subtle Metamagic I just killed the enemy before he knew what was going on.
Fits perfectly to an mental assassin character.


Subtle Alter Self:
Want to look like anyone? No illusions, No Skill Checks.
OK


​
Did you dream of having a dragon as a mount? A legion of dragons fighting for you? Behold The Dragon Sorcerer

King of the Dragons 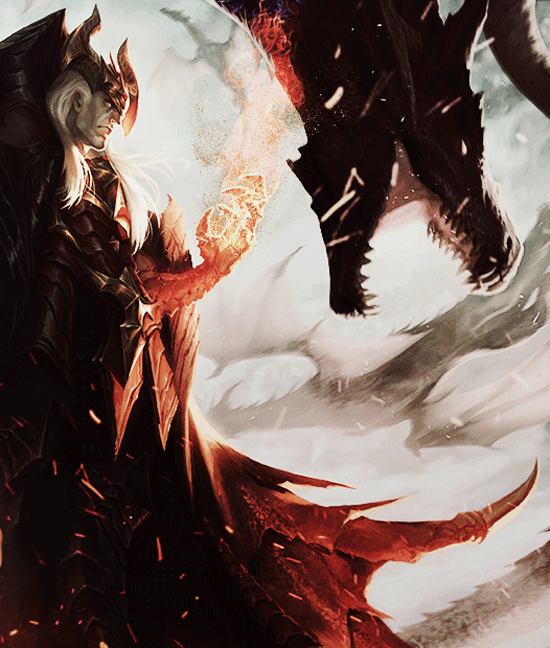 ​
Dragon Ancestor
At 1st level, you choose one type of Dragon as your ancestor. The damage type associated with each Dragon is used by features you gain later.

You can speak, read, and write Draconic. Additionally, whenever you make a Charisma check when interacting with Dragons, your Proficiency Bonus is doubled if it applies to the check.


Well, use Subtle Wish to duplicate Glibness Spell. Yes, dragons will never know that you cast a spell.

Charisma Check is 12+5 (Charisma). With Glibness, you roll is between 32~37 charisma check.
With this roll, dragons will always fight at your side.

Also, Subtle Dominate Monster is always fun. Unnoticed spells are broken.
You can convince dragons to invade a city and guarantee you that incredible artifact. 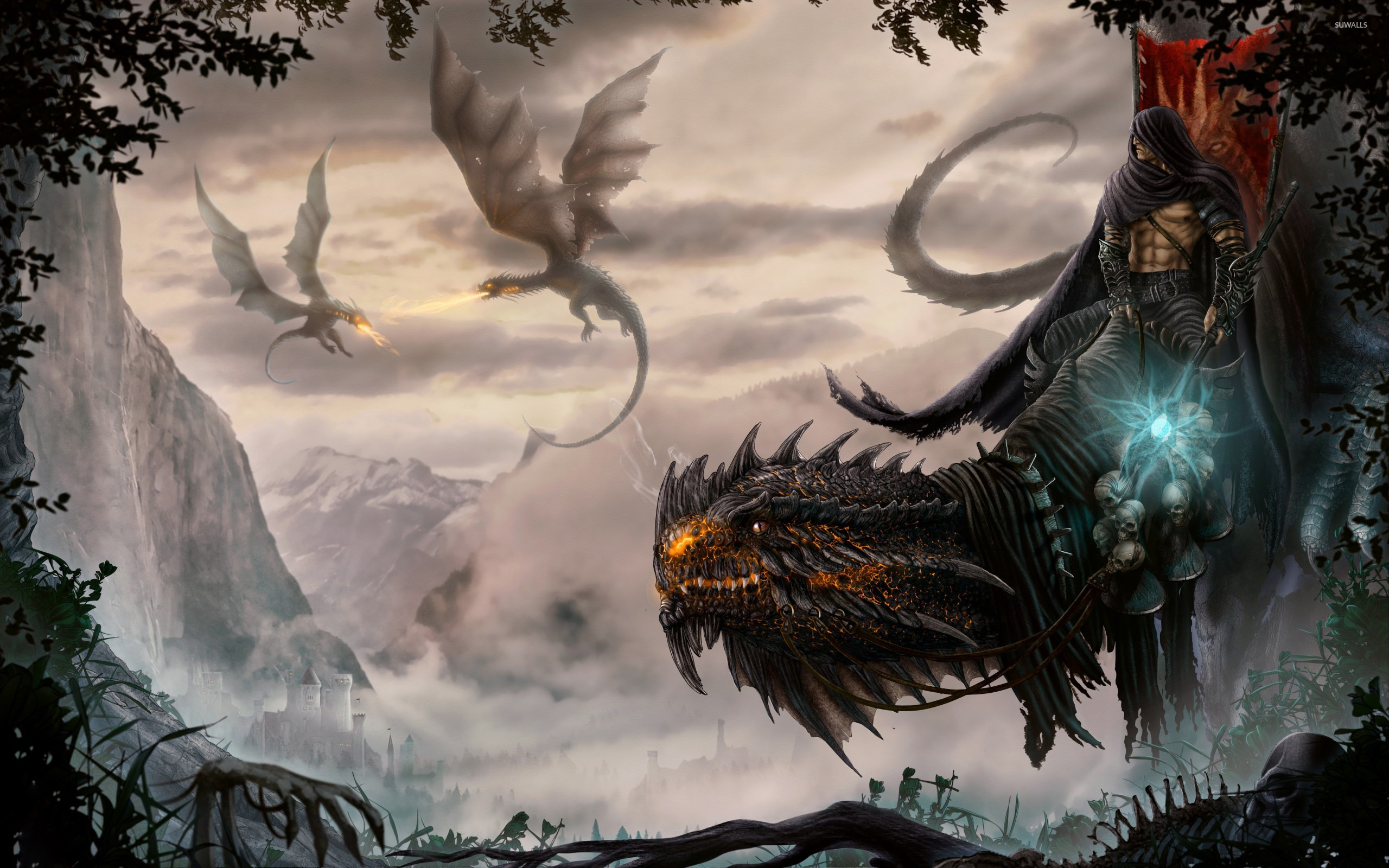 Very easy to acquire a dragon as a mount. No?
Is It situational?
Well, It's dungeons and dragons The dragon sorcerer has expertise with Intimidation, Persuation and Deception with high rolls and advantage

Subtle Metamagic, the best ability of the game.
Added.

E
D&D 5E Drow Wizard with a sorcerer dip. Which class to start in at 1st level?