This is the multi-year Q&A sessions held by D&D co-creator Gary Gygax here at EN World, beginning in 2002 and running up until his sad pasing in 2008. Gary's username in the thread below is Col_Pladoh, and his first post in this long thread is Post #39. 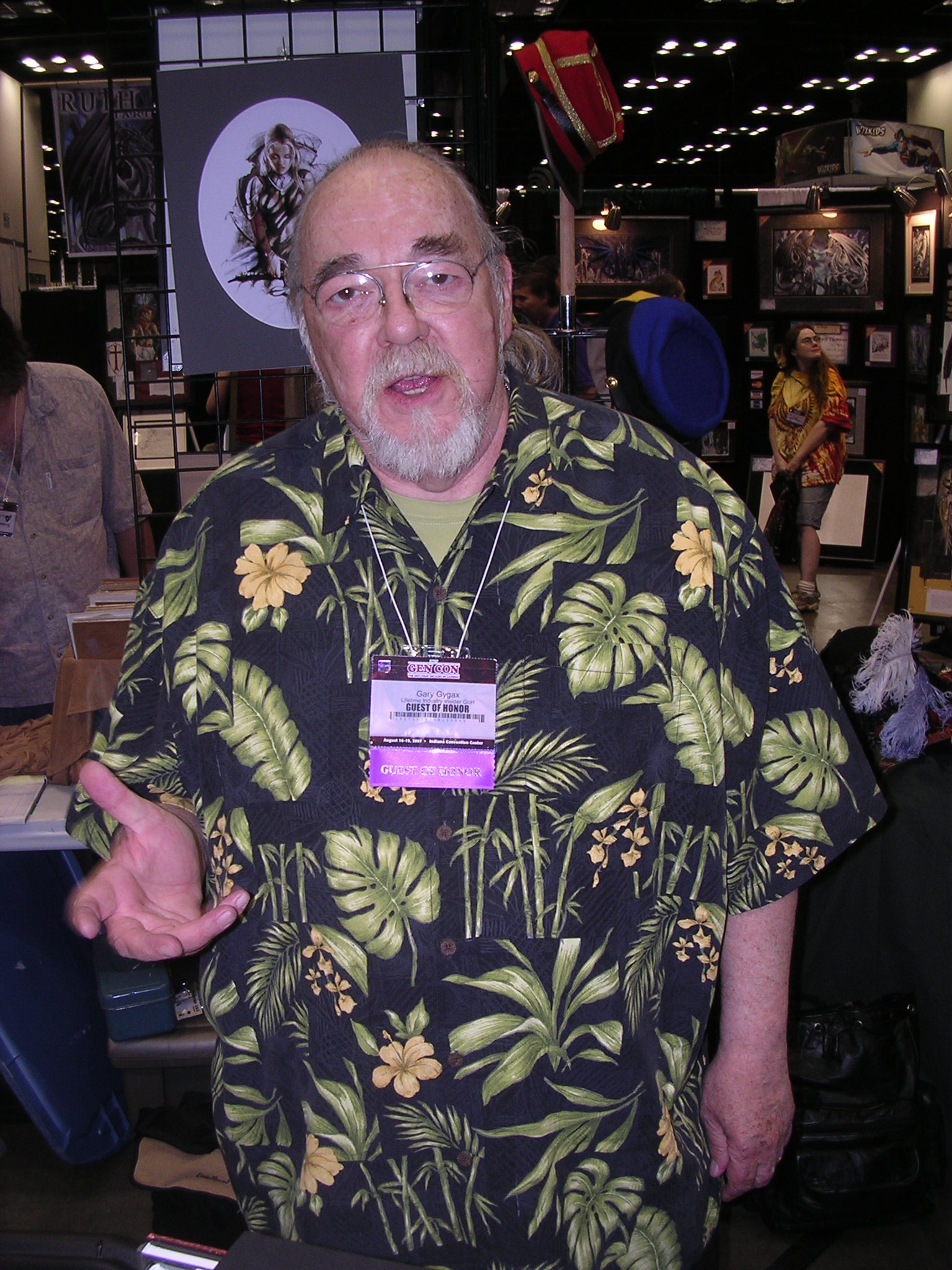 Gary Gygax · 84 · From Lake Geneva, WI
I design games, write fiction, and also have a life

Gary, I recently read this article about you:
http://www.believermag.com/issues/200609/?read=article_lafarge

I particularly liked this part:

'He [Ernst Gygax] was, Gygax says, an attentive father, and he must have been a permissive father also, because Gygax’s childhood was marked by a disregard for rules and obligations. He went to school half a block from his childhood house in Lake Geneva, but he was rarely to be found there. “It was just dull and stupid,” he says, “and you know, I had so many other things I wanted to do. I had a day full of active going out with my friends, playing chess, hanging around, trying to pick up girls, usually without any success whatsoever. What? Sit home? Do school work? Unthinkable.'

I am currently playing C&C, due to burnt out from the other "D&D". What do you think of C&C's game system?

With it being written with his approval, and all the work he is doing for it I certainly think he likes it
ken

Well, you don't know me and I feel fairly certain you don't remember being introduced to me by Dave Arneson and Mike Stackpole at GenCon (either 99 or 2000). We have a common friend, Andre Moullin. I translated and published D&D basic set into portuguese in the 80's, which is when I met him. I was also a partner and manager in Devir the brasilian gaming company (running the portuguese and spanish offices) until last year.

In any case, I am a huge fan of Greyhawk and sometimes have little questions that bug me for awhile. Maybe you'll want to answer the following two queries.

On the Rain of Colorless Fire

In the Gord novel City of Hawks we see Gord traveling to the Plane of Shadows to recover the nine mystical sapphires. He travels through the wilderness of Shadowland to find Imprimus, and is attacked by a duskdrake (a shadow dragon), Vishwhoolsh, a "hyperdragon". He is attacked by its breath weapon which fires gray fire, and barely survives the first onslaught. And then, "at last Gord knew how terrible was the stuff of shadow-fire, understanding the refinement that resulted in the fabulous fire ruin that had been used by human mages to devastate an empire".

I read this to mean that the Rain was some sort of mega spell of shadowfire. My questions are:

Is it correct to assume that the Baklunish have a preference for illusions, shadow and mind magic (this is hinted at in a number of sources)?

What kind of spell can we imagine? A gate opening into the Plane of Shadows, or some sort of coming together of numerous mages to cast some shade spell? Or an artifact?

How would you describe a "hyperdragon" (and you're not allowed to answer "briefly, if at all" like the gloam who played at questions with Gord! )? Just a bigger dragon or something more?

On Olidammara and his clerics.

In the description of Olidammara (83 WoG boxed set), we are told that there are two rustic hostels, one in the Kron Hills and one in the Wild Coast, where clerics of his are found. In Night Arrant, we are introduced to Hop the Savant, certainly the archetypical, almost perfect image of the follower of Olidammara! Seeing that many sources give the Gnarley as being part of the Wild Coast:

Would it be correct to assume that his inn, the Inn of the Brothers of One and Score, is one of the hostels mentioned?

Does the number have mystical significance for Olidammara? (three times seven)

Were you referring to that place, or is it just a happy coincidence?

Well, this is all, I hope you had a great week end and see you soon!

Gary, I have a quesiton about how you envisioned some humanoid societies in 1eAD&D. In the original MM you give listings for (in)famous tribes of orcs and hobgoblins. Mty question is this: were the figures for the "Number Appearing" entry for these races supposed to be indicative of the size of the tribe in toto? Or were the tribes you envisioned more "clannish" in the sense that there could be several related bands all belonging to the (for example) Marrow Suckers tribe of hobgoblins?

While hobgoblins have a maximum range of 200 and orcs 300 for encounters it seems to me that 20 or 30 would be a pretty small number, especially for an entire tribe.

hi gary!
how are you today?

i was reading some articles about Tharizdun, and i was thinkig abou something:

when you create a character/god/place, wasnt it suppose to be yours?
can other people "continue" your histories?

(sorry if this is a legal question, feel free to answer as you like)

What ho, Col?
I was wondering if you were planning on being at GenCon this year? I realize this is very near your anniversary, but would like to know just the same. I know you were there last year as a guest of honor, but due more to the anniversary of the event than as a designer. (I realize that sounds as funny as it looks )
Thanks much
Thunderfoot

I have been playing a lot of the Adventurer Card Game. I was just wondering how you got involved with making a card for the game and what inspired you to make the Shade the Trickster card and choose the abilities he has.

Colonel, you will be missed.

Rest in peace, Gary. And Thank You.