Want to sell a product to gamers? You have to find them first. 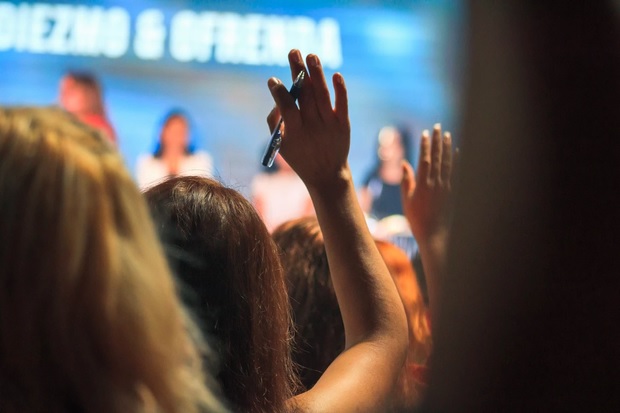 Picture courtesy of Unsplash.​
Gamers are everywhere these days. Thanks to the rise of Dungeons & Dragons' popularity in the media, it shouldn't be hard to find an audience to sell your game to. Unfortunately, the pendulum has now swung in the other direction as there are now thousands of products competing for gamers' dollars and attention. Finding the right audience means gauging the amount of time and effort you want to spend in the search.

Paid media is advertising dollars you spend to get your product in front of potential customers. These folks don't have a preexisting relationship with you. This is the precious new market of gamers you hope will buy your product for the first time.

Once you have a customer, they should transition to owned media. Owned media is content you own, be it a social media group or page, a mailing list, or a Patreon or Kickstarter. It is content you have control over.

Your goal is to build that owned media list in all its forms. Paid media costs money, owned media costs only your time. Your owned media has the pros and cons of being customers who already have a relationship with you; if you're publishing something similar to other products (e.g., D&D 5E content) then you definitely want to market to these preexisting customers. If you're launching something brand new (e.g., an entirely new RPG system) then you may want to use paid media to find a new audience.

Social media is an interesting challenge in finding an audience because you're not just competing with other companies, you're competing with the social media platform itself, which has its own algorithms that determine what should and shouldn't be shown to an audience. That is, advertising on Facebook isn't just about competing for eyeballs with other game companies, it's subjecting you to the whim of how Facebook chooses to show your ads.

Conversely, owned social media like your Twitter feed or your Facebook page or group is also subjected to the whims of social media. It's in every social media platform's interest to get you to pay for advertising, so no matter how much social media you own, the odds are against you that your content will appear in a customer's feed.

Amazon, DriveThruRPG, and DMs Guild are all means of getting your game out to an audience. Like social media, they have similar challenges in that they are increasingly becoming overcrowded. Advertising a book on Amazon is tough because there are so many other products vying for customers' attention.

Similarly, DriveThruRPG tries to mitigate this through a Publisher Point Program (PPP), in which you buy advertising with PPP. The rate of ads varies by the number of companies using it, which means the PPP cost of getting on the front page (a highly-coveted spot that generates sales on the front page of DriveThruRPG) can reach over 1,000 during busy months. Companies earn 10 points a month plus 1 point for every $10 of gross margin they make on the platform, so for some game publishers this isn't feasible. Worse, buying front page space via a Deal of a Day is run by the algorithm, which means like social media you are negotiating with an AI that isn't going to tell you how it works. I've had a Deal of the Day in the queue for several months, and I have no way of knowing when it will go live.

Getting an interview or a review on a web site or streaming channel can matter a lot or a little depending on the platform. EN World's coverage definitely makes a difference; I've seen a spike in sales worthy of a paid advertising campaign just by being mentioned on EN World's front page. But not every platform has that level of reach. It's definitely worth asking (politely) for a review, but do your research before approaching a platform to ensure it's a good fit.

Crowdfunding resources like Patreon and Kickstarter have launched in partial reaction to the problem of producers not being able to directly reach customers. In the social space, there's a lot of fees tied up in middlemen who aren't always forthcoming about their algorithms and how your content will be shown and when. These platforms streamline the relationship, but they still have a cost. In theory, the direct visibility to the customer is worth the tradeoff.

One thing all the above channels have in common is that they generate lists of customers. Some of those you can export, like Patreon. Others you can't, like Amazon and Facebook pages. Still others can you use in a limited capacity, like on DriveThruRPG. In lieu of using the platform itself, you can ask customera to jump off the platform to join your newsletter or sign-up to a page to follow your progress.

Your goal is to minimize as many steps as possible to get customers to buy your product. This is why print advertising for digital products has so little return: there are five steps a customer must take from seeing a billboard, driving home, remembering the web site, entering that web site into a browser, and then buying your product. A print ad in a magazine has four steps. A digital ad on a web site posted to your social media has two--or just one if it links directly to the product ... but it may be more valuable to have a customer sign up on a list, join or group, or fan a page, than it is to have them buy a product.

Here's why: customers who jump through all these hoops to have a relationship with you are gold. They are willing to put time and effort into sharing their email with the trust that you won't abuse it, and the promise that they will get access to similar content in the future. Engaging them is critical. Too many lists go unused by publishers, and conversely too many publishers abuse that trust by mass spamming customers with unwanted content. It's a fine balance, but worth the effort. A repeat customer familiar with your company can generate more revenue than a new customer who might only buy one product and leave.

Of all the resources I've used to reach audiences, my DriveThruRPG customer list has been the most successful. And that makes sense, because those folks already bought a product, they're on the platform, and buying a new product is just one click away. Sending a newsletter monthly is good. Sending them a coupon each month is better. But why stop there? You can generate coupons and drive traffic from anywhere, so I've started posting the coupon to other owned social media spaces like my Facebook page and MeWe group. Using this tactic, I sold 28 products in one day.

Your Turn: How do you maintain a relationship with your customers?
Last edited: Jun 6, 2022
Click to expand...

Other challenge for the publishers is to promote the IP after a succesful crownfunding. I have seen in Kickstarter lots of good ideas, but later I can't ever remember the name of the setting or the publisher company. Even I try to search in "Open Gaming Store" I can't find easily the tittle in my mind.

I wonder if WotC would be willing to use D&D Beyond as a digital plataform to sell 3PPs productions. Maybe with a right partnership deal Hasbro could make money with licenced products linked to those IPs, for example toys, collectable cards or miniatures.

This is a really important topic, because the reality is that no matter how good your product is, it won't sell itself given the constant deluge of new releases competing for people's attention. I don't claim to know the best solution, but two things that have really helped us: First, having some passionate fans who go out of their way to spread the word. And second, supporting your game over time with new releases. So many new games are "one and done" deals, so you can differentiate yourself by building towards a great line of connected products and bringing people along for the ride.

When you do research on a reviewer or review site, what do you look for? How do you know a reviewer is a good fit for your product and target audience?

As an indie publisher looking to sell games, your first and most important tool is your email list. It's old technology, but it's a highly effective way to contact the people who like your games. Figuring out how to grow your email list is an art all in itself, but it's vital you do so.

The other thing I'd suggest, based on observation rather than experience, is that YouTube channels are a very good way to reach people. Folks I know who have YouTube channels see excellent conversion rates when they advertise their products. I don't have the skills or inclination to do the YouTube thing, but if you do, I highly recommend you pursue that avenue.

Tweeting out a product on your timeline is very ineffective marketing. As Mike noted, the platform suppresses the engagement on offsite links.