There's a high-level, all-powerful favorite NPC in every campaign and in Oz, that's Ozma. What's an evil PC to do? 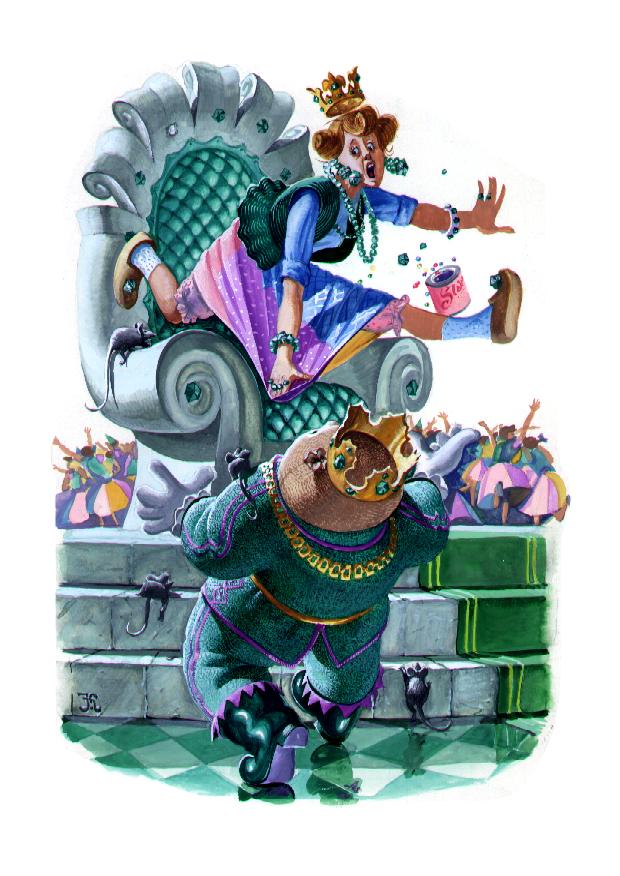 It's Not Just Ozma​

"Yes, dear, because I can use my fairy powers to make others happy. Had I no kingdom to rule, and no subjects to look after, I would be miserable. Also, you must realize that while I am a more powerful fairy than any other inhabitant of Oz, I am not as powerful as Glinda the Sorceress, who has studied many arts of magic that I know nothing of. Even the little Wizard of Oz can do some things I am unable to accomplish, while I can accomplish things unknown to the Wizard. This is to explain that I am not all-powerful, by any means. My magic is simply fairy magic, and not sorcery or wizardry."
Click to expand...

Ozma has access to several magical resources, including the Magic Belt which gives her the ability to cast wish. All the magical items at her disposal are stored in an emerald-studded safe, embedded in "metal more valuable than platinum." But Ozma's real power is friendship. She has powerful friends in high places that will also have to be dealt with. Let's look at them in turn.


The Wizard of Oz​

The Wizard of Oz's reputation undergoes some serious revisions throughout the books, transforming from a huckster out for himself who willingly gives up baby Ozma to a witch, to a trusted member of Ozma's court. Glinda teaches him to become a full-fledged wizard, which isn't very far from D&D wizards in how he uses magical components (he has a black bag specifically for this purpose) that requires complicated rituals to complete. Compared to Glinda though, the Wizard is small potatoes:

Dorothy says the reason the Wizard is not as powerful as Glinda is because Glinda didn't teach him all she knows, but what the Wizard knows he knows very well and so he performs some very remarkable magic.
Click to expand...

Sometimes known as the Good Witch, Glinda is the most powerful of all the witches. She exercises that power with restraint, but when roused she is a force to be reckoned with. Glinda can control the weather, create magical beings, grow trees from seeds, undo spells, animate objects, and control beasts. She also has several magic items, not the least being the Great Book of Records, which records everything as it's happening in Oz and elsewhere (the Oz text appears highlighted in red).

Any one of these characters is formidable in their own right; all three together makes them nigh unstoppable. And yet they have been stopped. 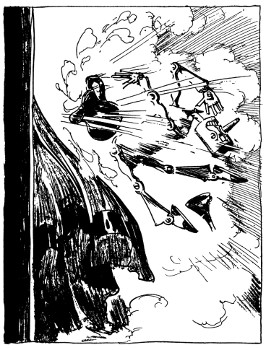 The first problem for any magical assault on Oz is the significant cache of magic items at Ozma’s disposal. In addition to the Magic Belt, the Magic Picture, and the Royal Book of Records, the VoVatia blog tallies her magical resources:

Throughout the L. Frank Baum books, she and her loyal followers also gain access to a book that records everything that happens in the world, water that wipes memories, a magnet that makes everyone love the bearer, and a magic word that can easily work transformations. Ruth Plumly Thompson adds a fan that can blow away invaders, a box that answers questions, a stone that removes speech for five years, a bag that can grab enemies, pills that grant wishes, necklaces that can also grant wishes, a stick that can freeze enemies in place, and a hammer that can summon a powerful elf.
Click to expand...

With the exception of the Royal book of Records, all of the items are stored in the aforementioned safe in Ozma’s boudoir, with the Magic Picture hanging on a wall. Covering one’s tracks requires removing the Royal Book of Records first, which can potentially anticipate an attack before it happens.

The Royal Book of Records records everything that happens in Oz and outside of it in real time (it’s basically an Ozian Internet). As you can imagine, the flaw in a tool like this is that someone must be reading what happens in the book to notice a significant threat. Unlike the other items, the Book of Records is in Glinda’s castle. Keeping Glinda away from it is critical and, failing that, simply teleporting it out or stealing it.

The Magic Picture acts like a security camera, showing whatever scene the viewer wishes. Of course, knowing where to look is key, which is why it’s far more powerful when coupled with the Book of Records. The fact that they’re not together under Glinda’s roof implies Ozma may not want it used against her, even by Glinda.

The safe itself is sturdy but not indestructible. In Ozpolaning with the Wizard of Oz, the Airlanders try to hammer the safe open and, failing that, just decide to blow it up, despite protestations from the Tin Woodman that it will destroy the treasures within. The Wizard of Oz manages to snatch the safe from certain destruction by transporting it away before that happens, but that reveals a different weakness: the safe can be teleported away!

In Dungeons & Dragons, the nondetection spell and an amulet of proof against detection and location can help keep prying eyes out of PC business. The teleport spell can affect objects, so it's a matter of getting near the safe and then quickly casting the spell before being caught. 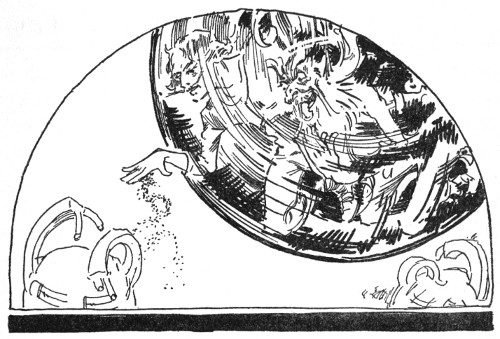 In Handy Mandy in Oz, the Wizard of Wutz uses a magical powder to stupefy everyone, freezing them in place. He handily dispatches the magical defenses around the safe too. In D&D, hold person and hold monster are both suitable in freezing the opposition. Generally speaking, paralyzing effects work on beasts but not on constructs, so hold person won't be sufficient; characters like the Tin Woodman, Scarecrow, and the Cowardly Lion will call for hold monster. 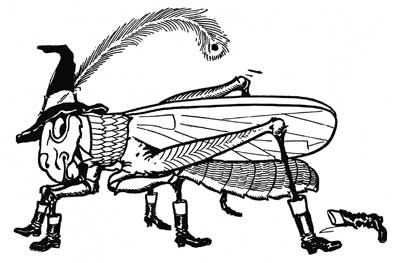 An Oz favorite for dealing with magical beings is to transform them into something else innocuous or innocent. Ozma started out in The Marvelous Land of Oz as a boy named Tip under Mombi's enchantment before Glinda forced the witch to reverse the spell. Just as Glinda is fond of turning her enemies into moles and other beasts, the Nome King turned Ozma into a green grasshopper figurine in Ozma of Oz. And Ugu the Shoemaker turned Ozma into a peach-pit in The Lost Princess of Oz, then hid the pit so she would be impossible to find.

Polymorph covers most of these effects in D&D, but it doesn't last for very long. True Polymorph is much more in line with what the powerful casters use to permanently keep their foes out of commission. 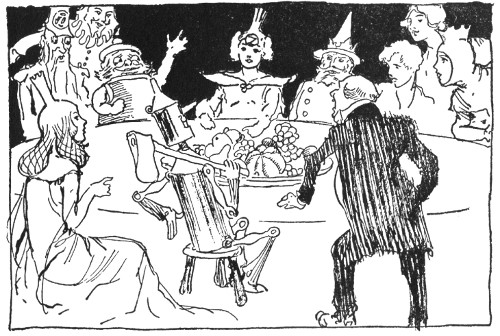 When King Skamperoo and his talking horse, Chalk, scheme to take over Oz in The Wishing Horse of Oz, they go further than simply take out Ozma; they banish the entire ruling class of Nonestica in one fell swoop with a carefully worded wish from a magical necklace. Ozma and her allies (Glinda and the Wizard of Oz included) are transported to the top of Thunder Mountain in a trance at the bottom of Lightning Lake.

The banishment spell works well, but imprisonment and wish are longer term solutions. 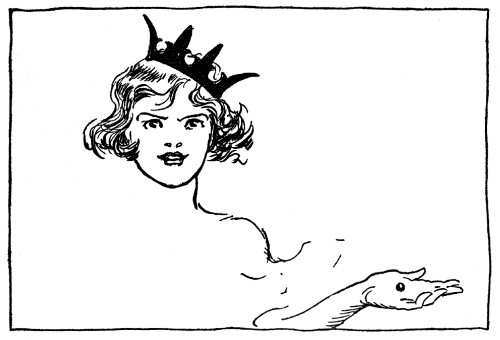 Remove All Memory of Them​

Skamperoo goes even further than just banishing his enemies. He makes everyone forget Ozma and her friends ever existed. They’re only saved because Dorothy takes a wishing pill just before the spell takes effect. 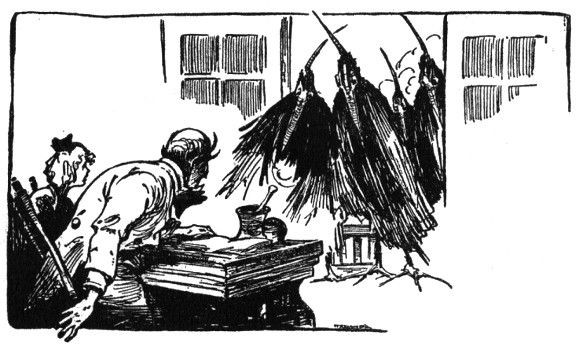 The magical mimics of the titular book can paralyze and adopt a person’s appearance by touching their shadow. They get quite far too, replacing Dorothy and the Wizard and stealing the Magic Belt. Creating the same effect in D&D takes considerably more skill than just one spell. Doppelgangers are the obvious choice, with their ability to both read minds and steal forms. I provide stats for the mimics in 5E Foes: Oz Bestiary. 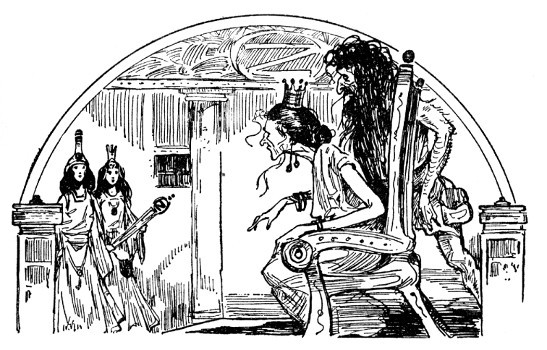 The Hall of Infamy​

Of the numerous attempts to overtake Ozma and her friends, one villain nearly succeeded and two actually pulled it off, only to be defeated afterward.
Can these tactics be used to take down Elminster, Raistlin, or Mordenkainen? With powerful magic, a lot of planning, and a little luck, it might just be possible. I included rules on how all these magic items and spells work in 5E RPG: Oz Adventures, including a nemesis for Ozma who has her own plans on defying Oz.

Your Turn: Have your PCs ever taken down an iconic character of a campaign setting?
Last edited: Oct 4, 2021
Click to expand...

Is Ozma more powerful than Glinda?

The Wizard is originally from our world as I recall, so a standard banishment could be permanent, at least until he found a way to return.

According to Ozma, Glinda is more powerful than her:

"Also, you must realize that while I am a more powerful fairy than any other inhabitant of Oz, I am not as powerful as Glinda the Sorceress, who has studied many arts of magic that I know nothing of. Even the little Wizard of Oz can do some things I am unable to accomplish, while I can accomplish things unknown to the Wizard. This is to explain that I am not all-powerful, by any means. My magic is simply fairy magic, and not sorcery or wizardry."
Click to expand...

MarkB said:
The Wizard is originally from our world as I recall, so a standard banishment could be permanent, at least until he found a way to return.
Click to expand...

Banishment to Nebraska, that’s a rough one.

Because of these posts, I've started reading the books. I only just started the third one, but the first and second amused me about how D&D they can be. They defeat a swarm of crows and immediately loot the nest! Magic items with charges! Different types of spellcasters!

Deadstop said:
Banishment to Nebraska, that’s a rough one.

Could be worse, it could be Wisconsin... (I mean two angels were supposedly banished there for all eternity if we are to belive a certain film)

Faolyn said:
Because of these posts, I've started reading the books. I only just started the third one, but the first and second amused me about how D&D they can be. They defeat a swarm of crows and immediately loot the nest! Magic items with charges! Different types of spellcasters!
Click to expand...

My job here is done.