In Oz, like in high level Dungeons & Dragons campaigns, wishes are everywhere. How do you manage access to these wishes without it spiraling out of control? 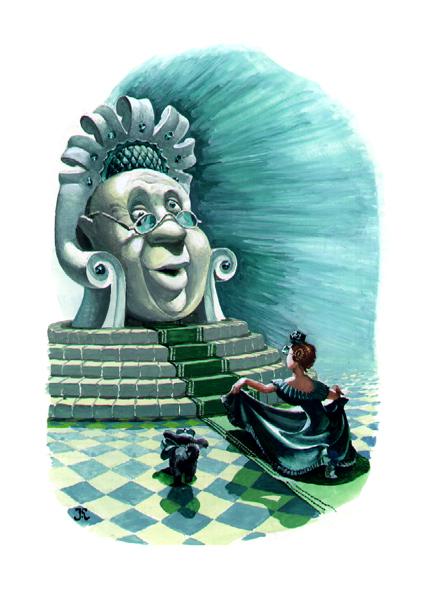 In Oz, wishes are so common that there is often at least one use of a wish in each story. L. Frank Baum and later Ruth Plumly Thompson distinguished wishes from other spells, and it was clear that at no point a fairy, sorceress, wizard, or witch could simply cast a wish. But that didn't stop wishes from being used anyway. There are several ways to make a wish in 5E RPG: Oz Adventures, some of them duplicative of each other. Here's how they're controlled so that the answer to everything isn't wishing it away. 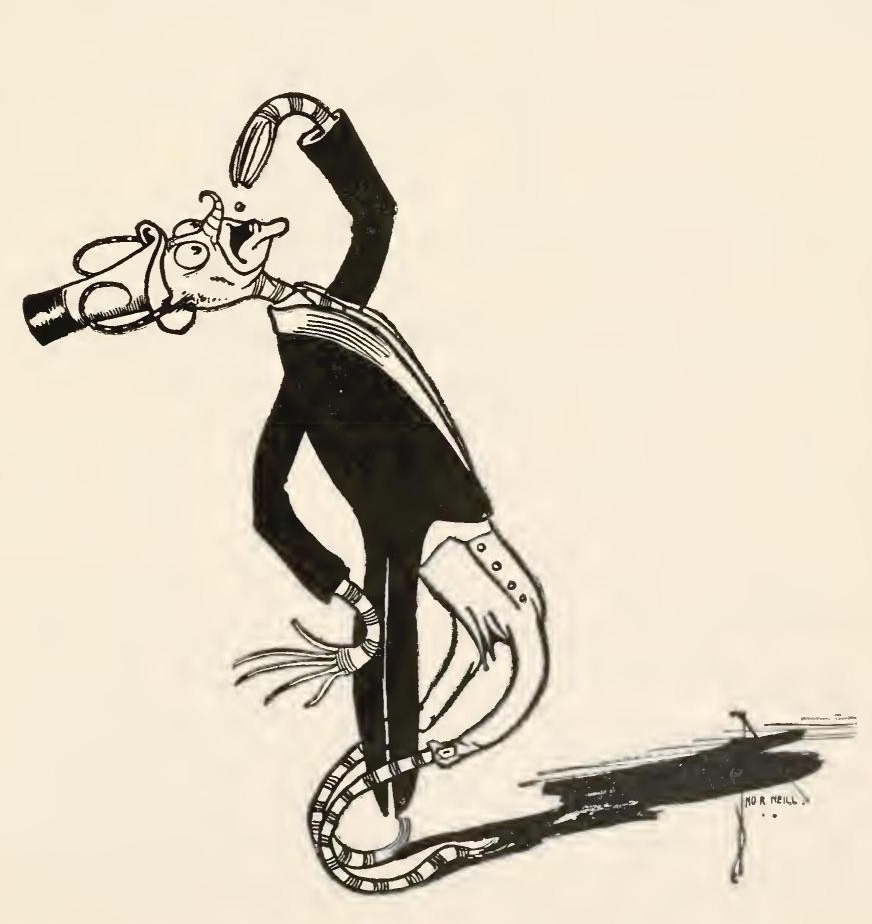 These silver pills are found in a pepper-box, and they come in groups of three. A carefully folded paper lying underneath them explains in red ink:

"DR. NIKIDIK'S CELEBRATED WISHING PILLS. Directions for Use: Swallow one pill; count seventeen by twos; then make a Wish. The Wish will immediately be granted. CAUTION: Keep in a Dry and Dark Place."
Click to expand...


Sounds easy enough, but the pills can actually make you sick. In The Marvelous Land of Oz, the woggle-bug ends up taking one, as woggle-bugs are resistant to poison. The Wizard later uses one of these pills (without getting poisoned) in The Lost King of Oz to reach the kingdom of Morrow.

In some ways, the wish spell acts like it poisons the caster in that it causes necrotic damage and lowers the caster's Strength score after casting it. 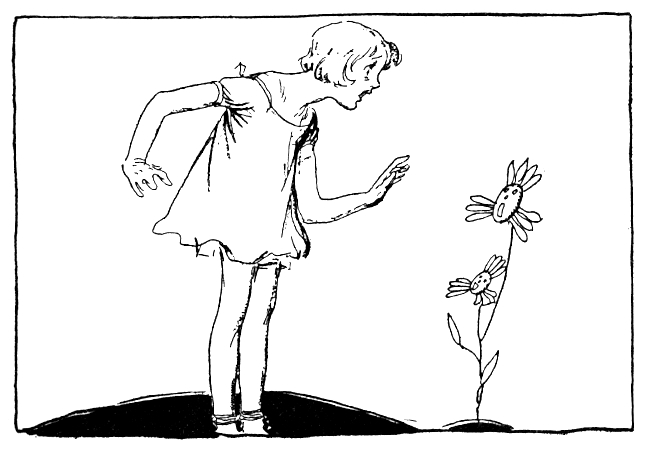 Pills that are carefully mixed to grant wishes are one thing, but sand is found everywhere and it's hard to manage or measure. In The Lost King of Oz, Dorothy gathers up some sparkly sand, not realizing its wish-granting power, accidentally wishes herself to the real world. During that time, she meets an animated stunt dummy and begins reverting to her true age, before she is able to wish herself back to Oz. Dorothy didn't know the sand was magical and, with each wish, she used up some of it. She didn't know how many wishes she had or how to manage it and thus ran out before she could use it further.

The wish spell, being a ninth level spell, can't be cast that often anyway. It's also lowers the caster's Strength (as above) for 2d4 days, which means there's uncertainty as to when the caster will be back to full strength. There's also a 33% chance that the wish spell can't be cast ever again. 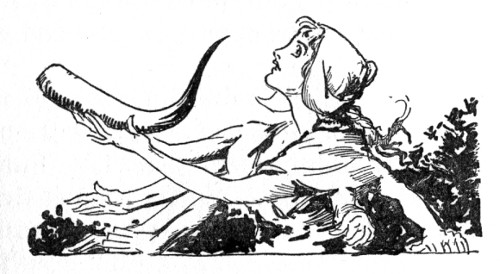 Like genies who have access to wishes, there are a few characters who have wishes as part of their abilities. In Handy Mandy in Oz, Himself the Elf can be summoned with the silver hammer, and it's implied he can grant wishes (or at least, his power seems limitless).

In the same story, Nox the Ox has a magical horn of plenty that grants wishes, but only to conjure things. This is significant beause the most common use of a wish in Oz is to teleport to otherwise unreachable locations. Nox doesn't know his horn does this at first (Himself secretly gave him that power), and Handy Mandy discovers it by accident.

Like the ability to cast a wish spell (see below), access to a creature that can cast wishes in a D&D campaign will likely set off an intense power struggle to gain control of it. Of course, assuming the creature has agency, it may not be as simple as asking the creature to grant a wish. 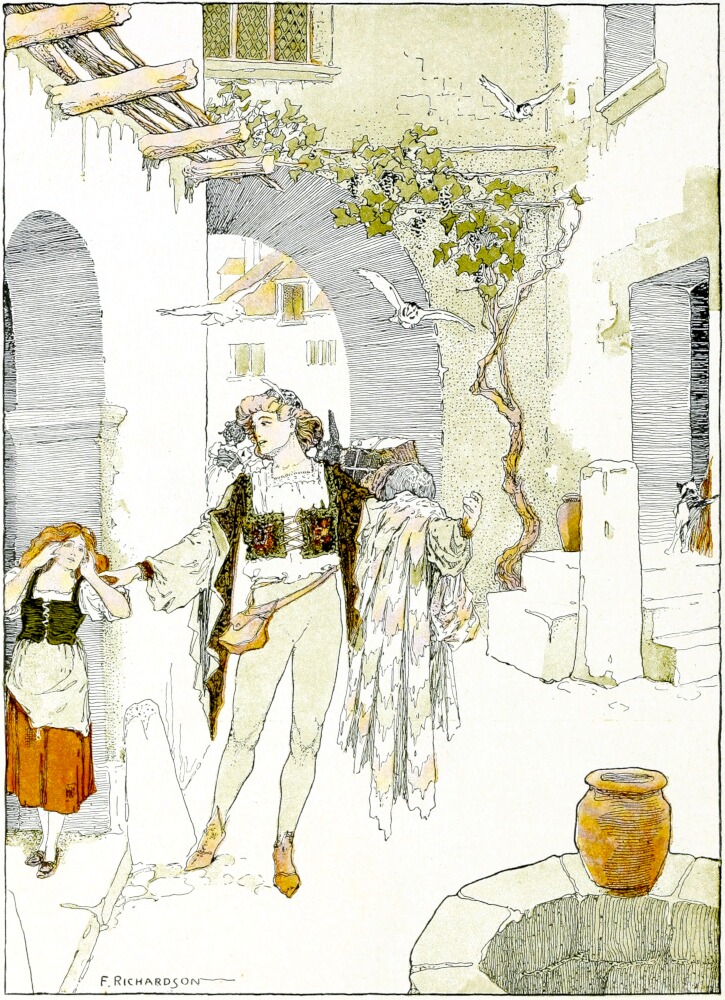 Much of the plot of Queen Zixi of Ix revolves around a cloak of wishes crafted by fairies. They have a discussion about the problem of controlling wishes:

“But the idea is good, nevertheless,” continued the queen, “and I propose we devote this evening to weaving the magic cloak. Only, its magic shall give to its wearer the fulfillment of but one wish; and I am quite sure that even that should prove a great boon to the helpless mortals.”
“Suppose more than one person wears the cloak,” one of the band said; “which then shall have the one wish fulfilled?”
The queen devoted a moment to thought, and then replied: “Each possessor of the magic cloak may have one wish granted, provided the cloak is not stolen from its last wearer. In that case the magic power will not be exercised on behalf of the thief.”
“But should there not be a limit to the number of the cloak’s wearers?” asked the fairy lying at the queen’s feet.
“I think not. If used properly our gift will prove of great value to mortals. And if we find it is misused we can at any time take back the cloak and revoke its magic power. So now, if we are all agreed upon this novel amusement, let us set to work.”
Click to expand...

Because few people besides Queen Zixi realize how the cloak works, hilarity ensues as various servants and relatives end up wearing it and having their wishes granted. In a similar vein, the wish spell description in D&D puts some caveats on how it works:

State your wish to the GM as precisely as possible. The GM has great latitude in ruling what occurs in such an instance; the greater the wish, the greater the likelihood that something goes wrong. This spell might simply fail, the effect you desire might only be partly achieved, or you might suffer some unforeseen consequence as a result of how you worded the wish.
Click to expand... 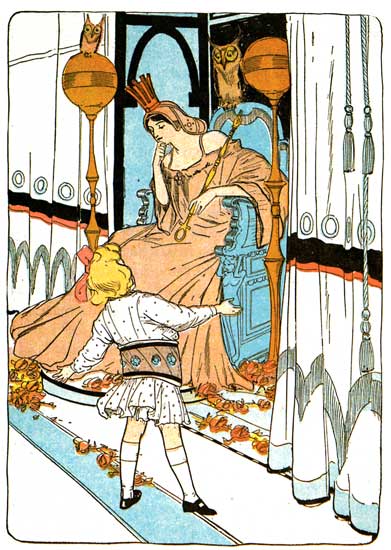 The most powerful wishing tool in Oz is the Magic Belt that Dorothy snatched from the Nome King Ruggedo in Ozma of Oz. The Magic Belt bestows passive magical powers to the Nome King while he wears it, but functions quite differently once Dorothy gets her hands on it. It bestows an unlimited number of wishes, of which she makes several. To make a wish, the wearer closes their right eye and wiggles their left toe, draws a long breath and makes the wish. It also protects the wearer from harm. Knowing how to use the Magic Belt is as important as owning it; Queen Ra in The Magical Mimics in Oz gets a hold of the Belt, only to toss it away in disgust when she can't figure out how to use it.

Dorothy's theft of the Magic Belt kicks off an ongoing war. The Nome King wants his belt back, and realizing that it has the ability to cast wishes, keeps trying in subsequent stories to get his hands on it. Dorothy eventually gives the belt to Ozma, and it is one of the most powerful weapons in her arsenal. Ozma keeps it locked up in a vault. What Ruggedo would do with the belt is a mystery as he never gets his hands on it again, but we can get a sense of what a hostile takeover might look like with another magical item that grants wishes.

The plot of The Wishing Horse of Oz involves magic emerald necklaces that grant wishes, but nobody is quite sure how to use it. This becomes an obsession for several characters and is initially only known to the magically summoned horse named Chalk (who is smart enough to figure it out). It turns out the necklaces can be used by counting to ten and then blinking both eyes on the sixth count. The counting is obvious to anyone who observes someone using the necklaces, but the blinking isn't and most characters miss that important somatic component. Because Chalk knows how the necklace works, he uses that knowledge to gain considerable power in Oz: he instructs King Skamperoo to use it to essentially erase all the major characters in Oz who would oppose them (by wishing them to a hidden location and then erasing all memory of them). The only way Dorothy manages to remember is because she takes one of the aforementioned wishing pills to counteract the wishing necklaces.

The wish spell has just a verbal component, but DMs could always change it to an obscure verbal or somatic component to make it harder even for arcane casters to cast the spell.

As Dorothy's example of wishing pills vs. Chalk's wishing necklaces make clear, wishes can become a war of escalation, with the winner often determined by "who shoots first." Once one character has access to a wish, their power expands massively. And once their enemies know about it, they will likely assume that the wishes will be used against them. It then becomes a race against time, as any enemy knows they get just one chance to stop a caster with wish from casting it before that wish is most certainly used against them.

Or to put it another way, the mere existence of the wish spell tips the balance of power in such a fashion that in a campaign of intrigue and villains, it will likely bring all of it to a head immediately and concluded decisively. Unlike the many magic items in Oz, wishes can't easily be taken away from spellcasters, so death (of the enemies, or the caster) is likely the end result.

Oz is moderated somewhat by the benevolence of its rulers, who have easy access to such devices, but they remain a powerful weapon should Ozma be opposed. In the war of wishes, knowing who has a wish and how to activate it is as important as being able to cast the spell itself.

Ozma may seem too powerful to beat, but several have outwitted her before she could even use her wishes. In the next article we’ll show with a lot of planning and a little luck, any wishmaster can be taken down.

Your Turn: How does the wish spell affect the balance of power in your campaign?
Click to expand...

So... I have never gotten my characters (either as a player or a GM) to the level where they can cast 9th level spells. And with multi-classing, it's even more rare.

Maybe I just need to run an 18th-20th level adventure, and have the players come with their best 18th level character.

Eyes of Nine said:
So... I have never gotten my characters (either as a player or a GM) to the level where they can cast 9th level spells. And with multi-classing, it's even more rare.

Maybe I just need to run an 18th-20th level adventure, and have the players come with their best 18th level character.
Click to expand...

It's one of those mechanical things that have world-rattling implications: if my enemy can potentially "wish me dead," what am I going to do about it?

The answer, if it's a capable villain, is to strike fast and hard before said wish can be cast. In other words, as soon as the villain knows a PC can cast a wish spell, the clock begins ticking.

Conversely, what happens to all the enemies a PC has when they realize they've just "leveled up" enough to cast wish?

D&D General What penalties or how should i handle this wish?
2