Review of Inn Between Worlds

Inn Between Worlds overflows with wonderful and weird ideas, concepts, monsters, and rooms many inspired by TV tropes. A hotel or inn has a hole in reality leading to the Cascade, filled with oddities and connecting to other realities. The staff is strange, doors may lead to other dimensions, and monsters lurk in dark corners. No matter what RPG you play, you will find something useful and inspiring. 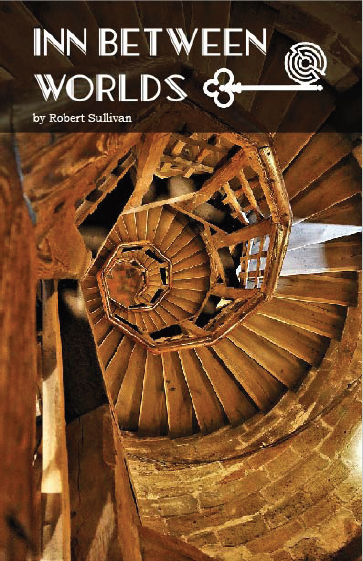 Before I delve into the amazing Inn, I do need to note I received this PDF to review. And it is an update to Dungeons & Dragons 5E from Savage Worlds. And while the critical NPC and monster descriptions include 5E stats, there are parts of the book that still reference Savage Worlds and one chapter advises the reader to check out multiple Savage Worlds books. But wait! Don’t turn away.

It doesn’t matter. The stats have been converted. If you’re reading this you likely know what Savage Worlds is. And the weird combo actually fits the feel of the Inn really well. Read on to find out why.

First, both modern/future hotels and fantasy inns, called caravanserai, are covered. So this supplement works with most RPGs. Maps are included with the PDF. The introduction and chapter descriptions don’t completely match the rest of the book. Again not a big deal. Why? Because the book is stuffed with random tables of all kinds with descriptions. There is such a huge variety and so much is covered that only a handful of samples can be described out of dozens of entries. In the descriptions of the hotel a large number of different rooms are described. 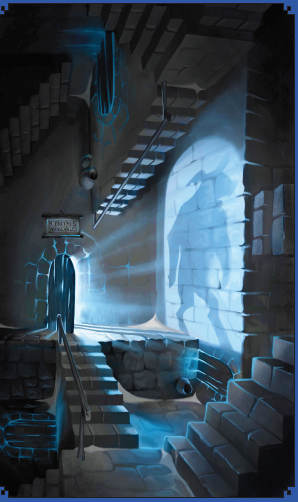 The Cascade is damage to space and time that that appears at the locations. The chapter on the Cascade explores other possible destinations in various times and places. A wide number of ways to stumble into the Cascade are covered with a dice roll. Another roll can create strange rooms such as one covered in ferns that produce flowers that, if plucked, will open any lock they touch. Encounters in the Cascade include troll-wolverines, drunken angels, and clock-idiles. Destinations include Hell, a pirate city, and a play of the King in Yellow near a cemetery containing the graves of each PC. Several NPCs are included with 5E stats. Included in the new backgrounds and feats is the feat Touched by the Cascade. PCs with the feat may sweat smoke which helps with Intimidate checks or have yellow blood that helps with Arcane/Occult checks.

Reasons to visit the inn includes the PCs wake up with missing memories of how they got there or the party receives a free night’s stay at the inn. Encounters with NPCs could have the party overhear the Boss talking to a contact from her world about invading the PCs’ world or the The Bartender asks the PCs to talk to a man in a cloak. She is irritated that he is sitting in a corner of the bar, all shadowy and smoking and conspicuously mysterious. Beasts and monsters, also converted to 5E, like fractals and swine things round out the book. These creatures are horrific skulking confidently in the shadows of horror fantasy.

Inn Between Worlds is one weird and wild ride. It overflows with off-kilter concepts and unsettling locations and people. Dozens of strange results can be rolled on the various tables and turned into an adventure. Yes, the book has some weird cross-coverage of Savage Worlds. But the stats are 5E and the lists are usable in most RPGs. Well worth the price of a room. You can check in but you can never leave the Inn Between Worlds.
Click to expand...

Perfect for my Cypher System The Strange Campaign.

And, no, this is not me advocating you only play Monte Cook Games.

It wasn't that long ago that I read the original (1e?).

imagineGod said:
Perfect for my Cypher System The Strange Campaign.

And, no, this is not me advocating you only play Monte Cook Games.


I think I've had Numenera Discoveries in my cart for like months. Don't tempt me.