Need inspiration? Whether you're making monsters or ending your world, these non-fiction ideas will help you get started. 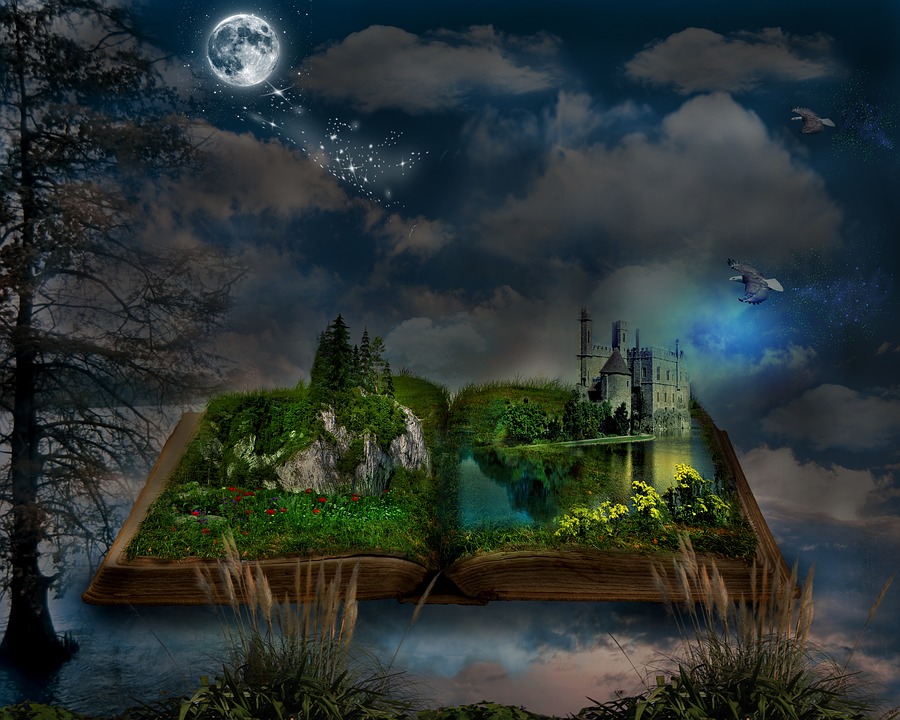 Picture courtesy of Pixabay.​
Creating monsters is one of the many rewarding aspects of game mastering. Paleobiology and speculative evolution provide a framework of what these creatures might look like while retaining some semblance of realism. Conversely, if you want to wipe it all away and start over (or if that already happened in your campaign), there is a rich speculative (and not-so-speculative) non-fiction filled with how things can end.

One of the fun elements of worldbuilding is learning enough about something to feel confident about making something up. Or to put it another way, before you invent monsters out of whole cloth, it's valuable to understand when nature spawned something similar. And sometimes those things are stranger than fiction.

In many cases, megafauna existed that was bigger than traditional D&D versions, like a giant millipede that's nine feet long, or fungi that grew 24 feet tall. Alternately, small creatures can simply be made massive, like the bizarre hallucigenia.

Instead of looking backward, speculative evolution looks forward (or in parallel on another world). These books speculate what alien life might be like, what life would be like after humanity disappeared, and other ways of creating creatures within a logical framework.

One of my favorites of this genre is the World of Kong: A Natural History of Skull Island. The movie's designers went deep on creatures that never make it onto the screen, and it's lavishly illustrated. Even better, some of the larger creatures were released as toys, which are perfect scale for D&D monsters.

For aliens, you can't do much better than the works of Wayne Barlowe. Barlowe’s Guide to Extraterrestrials is a hallmark of the genre, envisioning the strangest creatures presented in fiction as realistically as possible.

Apocalyptic settings are frequently the subject of role-playing games, be it a global threat the heroes must face, or a recent or distant past that still haunts the present. For modern campaigns, it’s helpful to understand how an apocalypse might end a civilization and what happens in the immediate aftermath.

It’s worth noting that evidence in our DNA indicates that several times humanity’s diversity became very narrow, known as a population bottleneck. Scientists disagree on why, but it’s possible the Toba supervolcano eruption triggered the near extinct of humanity. More recent data refutes this theory, but it’s an interesting exercise for game masters to speculate how a fantasy world might recover from a cataclysm so widespread that it nearly wipes out a sentient species.

Unlike the other genres mentioned above, these books tend to capitalize on the fears of the current era. Earlier versions worried about pollution and then asteroid impacts, before shifting to zombie apocalypses (I contributed to one of them, Zombie CSU), and most recently the effects of global warming (fictional stories are called “cli-fi”). Ironically, books about modern (non-zombie) plagues are not as common as you might expect, but that’s changing thanks to the pandemic. For fantasy world builders, studies of the Black Plague are insightful in how pandemic can radically change civilization.

Your Turn: What non-fiction sources do you use for inspiration?
Last edited: Apr 25, 2022
Click to expand...

History. Check out the 30 Years War for shifting alliances and big characters, plus nasty battles displacing civilians. There are plenty of off-the-beaten path wars, political dust-ups, interesting characters, inventions, and events. "When France Fell," about American and British relations with Vichy France during WW2, is an interesting view on a topic we all know (WW2) to some degree, but from an angle rarely mentioned or considered. Lots of NPC and plot inspiration in this one, especially if you want heroes and villains with big egos.

I was really tempted to run a Roman campaign after reading a couple of history books by Ramon Jimenez - Caesar Against the Celts and Caesar Against Rome. I just didn't have the time.

One of the creatures illustrated in the preview image from Barlowe's Guide kinda looks like the old LJN AD&D 1E Roper toy from the 80's. https://www.lulu-berlu.com/upload/i...---the-raging-roper-p-image-396475-grande.jpg

Epic
I am always amazed about forbidden history. Things we know about but that has been hidden or just not seen by academia as important due to a lack of evidence or it goes against current thought. Gaints comes to mind, elongated skulls, Egyptian hieroglyphs in Australia, The shear impressiveness of Nazi ruins, they were evil builders and were scary dudes. How short our memories are about stuff like the Salton Sea, plus other things.

A lot of this stuff you can find on The History Channel or Discovery Channel. They make for great ideas to thrown into a campaign setting or as a plot hook.

Architecture, ergonomics, construction, and urban design books. Lots of good insights about how people move and dwell in a space and how those spaces are built.

This really helps when thinking through how creatures with different sets of anatomical and cultural norms might make their own spaces, and what that might feel like for a human.

For example, a lot of folks get that small creature might have lower ceilings, but things you start picking up from some of these books is that they'd also probably have shorter, narrower stairs (since they and their feet are smaller), and the stairwells going up multiple stories can be a lot more compact, turning more often, because of those same lower ceilings(!). Now imagine you're a human in one of those spaces; you have to bend or crouch to keep from hitting your head, only half the length of your foot fits on a stair tread, and you might have to make multiple turns like this. Now imagine trying to go down those stairs.

Can do similar exercises with how spaces are lit, what kinds of rooms creatures might have (what is an elven bedroom?), what alternate forms building circulation might take for creatures that fly or climb. etc.

Can be easy to go overboard, but having a little background can really help to add texture to the setting (not to mention you wind up looking at a lot of building/site plans you can leverage when making encounter maps).

personally I though I love old travel logues, theyre a fascinating insight into how an individual character interacts with travel and adventure in distant lands encountering strange peoples, environments and creatures.

theres a huge selection of European accounts from the 17th to 20th Century, and before that Arab and Chinese accounts that go back to the 8th Century. Then the earlier Greek and Roman accounts, but those get fantastic fast

just a caveat to be ready to deal with lots of prejudiced, racist views but if you can get around those, the accounts are fascinating

A pre Columbus book focused mainly on the Mesoamericans. It has some interesting info especially on first contact with native Americans.

I've found a lot of inspiration by going to the library and wandering through the "D" section (that is to say, the history section if you're using the Library of Congress classification system. There are so many fascinatingly detailed niche history books out there.

One of my all-time source of non-fiction inspiration is the “encyclopédie médiévale de Viollet le Duc”. Original is in French but there got to be translations of it. It’s a hefty book - definitely in the “two-handed” category - with a price tag to match, but I spent so many hours in front of that book that it’s price-per-hour-read must match that of my 2e AD&D players handbook.

Epic
There is an old book, Gemstones and their powers, that I always liked. It when on about the history of the stones, where they were found and what magical properties were associated with them.

Another was the Home Book of Medicine; little tidbits of what people did to cure little illnesses.

The various types of railroads and gauges. Various historical battles up to the American Civil War. Life in a Middle Age Castle, and the other books in the series.

Tonguez said:
personally I though I love old travel logues, theyre a fascinating insight into how an individual character interacts with travel and adventure in distant lands encountering strange peoples, environments and creatures.

theres a huge selection of European accounts from the 17th to 20th Century, and before that Arab and Chinese accounts that go back to the 8th Century. Then the earlier Greek and Roman accounts, but those get fantastic fast


Michael Chrichton's Eaters of the Dead (aka The 13th Warrior) is based off of the real-life travel journals of an Arab who traveled all the way to western Russia (and very nearly Europe) in the 13th (?) century, with the Beowulf legend and some Neanderthals thrown in.

I've always loved coming up with feasible ecologies for various weird monsters like owlbears and such, and I like using biological science to come up with new creatures.
I was inspired by the fact that tardigrades were nicknamed "water bears" to once have a party face off against actual "water bears" - large semi-aquatic eight-legged ursines. The party found them mildly disturbing, lol.
Last edited: Apr 27, 2022

D&D General Fanatics & Zealots: How to Use Extremism in Antagonists and Villains in Your Campaigns (+)