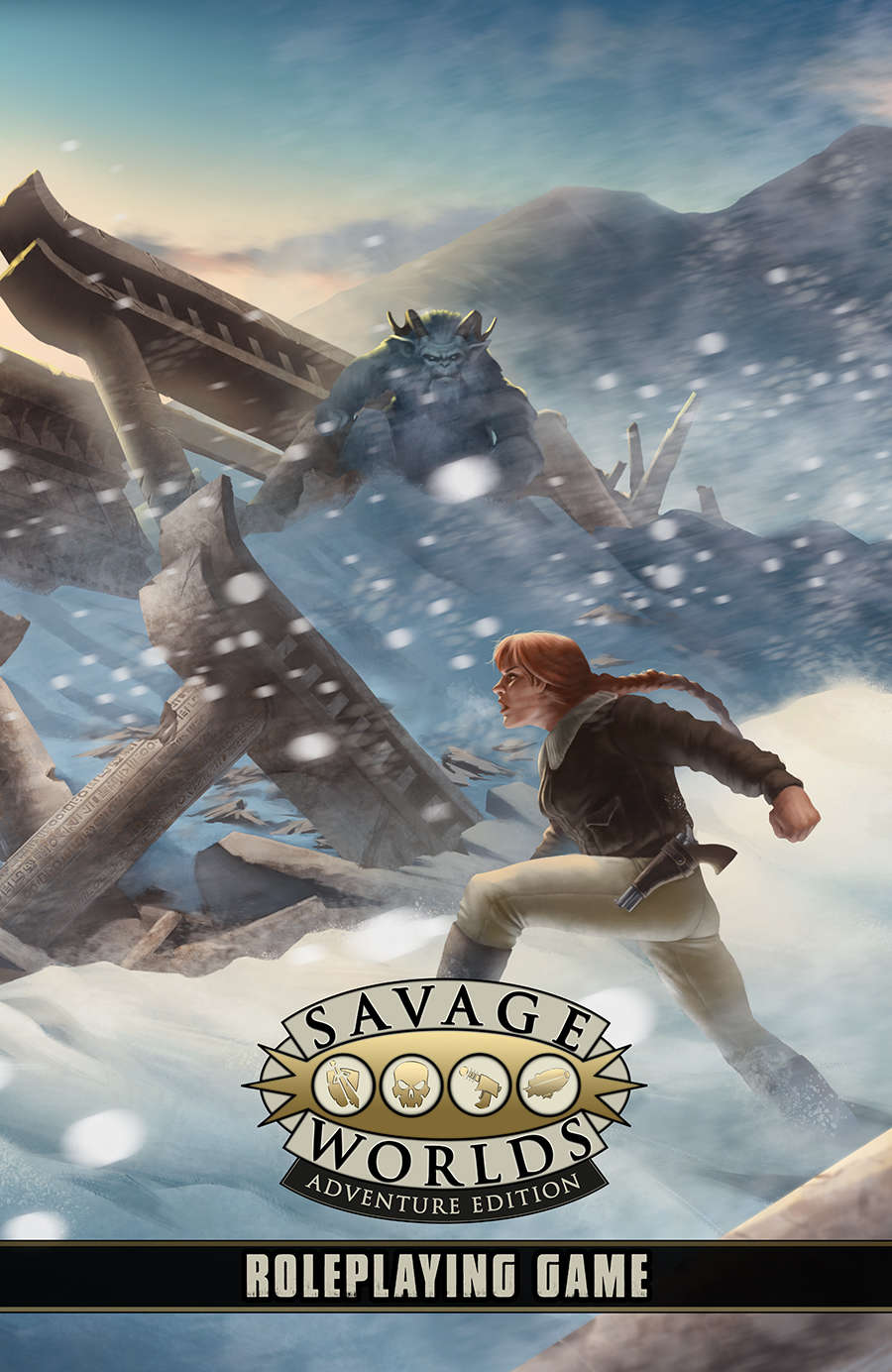 "Savage Worlds is a Fast! Furious! and Fun! rules system for any genre of roleplaying game.

Create your own setting, convert an existing one, or pick up one of our amazing settings like Deadlands, Rippers, or 50 Fathoms. The rules give players plenty of depth to create their characters and keep bookkeeping to a minimum for the Game Master. If you’re looking for a game that’s fast and easy to set up, run, and play, Savage Worlds is for you!

If it arrives early in 2018, does that mean it's disqualified and everything else moves up a place?

TrippyHippy said:
If it arrives early in 2018, does that mean it's disqualified and everything else moves up a place?

That and John Carter!

The PDF is currently available from Peginc.com and Drivethrurpg.com
I think it's about $10.

There are differences, and they are going to release an update or conversion sheet for the older version, but it's nice to have the latest version complete.

Some stuff has been clarified, others have been changed. The chase system is different, and was made available for anyone around October, and they've made changes based on feedback. You'll also notice that powers have been altered in a way I like.

For instance, instead of having healing and greater healing, you just have healing and can spend more power points to get what were the effects of greater healing, so it's only taking one power instead of two, but the greater power point cost will limit it's use by low ranked characters. The same treatment has been done to many powers to consolidate the list and improve functionality.

Super Powers are however, not in the book. (Or at least not at this time.) It says to refer the the Supers Companion for that particular Arcane Background. Yes, they are doing the various companions in the new version as well, but I didn't catch when they are expected to be out.

Don't worry about tweaks coming out for the PDFs, so that will and is happening. I've already downloaded it 3 times, but I'd much rather fixes are done to the files than leaving them bugged up and needing errata pages. So the PDFs will have the same version as the printed versions, or even a newer one since Files are a lot easier to fix than Printed Books. Honestly I'm very glad they are taking input from the fans and acting appropriately unlike some companies that have hissy fits when someone points out an issue these days.

It is possible to order the printed book at this time (preorder), but I think it's $50, and it might also include the PDF. You'd have to check on that to verify.
I know that Savage Worlds got part of it's market share because of the very reasonable price of it's primary book at only $10. I don't know if they'll print a digest version at that kind of pricing, and if so when, but I wouldn't be surprised. However, that's not the book they're doing right now. It's bigger and I believe hardback. (Again, check with them if you are thinking about getting it.)

I know that the PDF only for the kickstarter was $20, and even I posted that I was questioning that choice, however it turned out well for backers since they included a LOT of their books along with it. This included Deadlands Reloaded, Hell on Earth Reloaded, Deadlands Noir, and more. I'm pretty sure that is not being included now, even if you use the late backer thing to order stuff, but like all the others, check with them.

I keep saying to check with them because I may not be remembering the details correctly, or they may (and probably will) change over time.

I hope this information is helpful.

I had to smile at the cover art. All I kept thinking was

barasawa said:
I know that Savage Worlds got part of it's market share because of the very reasonable price of it's primary book at only $10. I don't know if they'll print a digest version at that kind of pricing, and if so when, but I wouldn't be surprised. However, that's not the book they're doing right now. It's bigger and I believe hardback. (Again, check with them if you are thinking about getting it.)
Click to expand...

Peginc has stated that they'll no longer be publishing the dime-novel sized, low cost explorer editions, as they're no longer financially viable. My style of GMing these days is to have everything in PDF on my tablet and buy one printed copy of the CRB for the players at my table. So I'm sort of OK with that decision...sort of.

This Friday I'll be starting a new SWD campaign with my homebrewed campaign, and I know as per usual the players will be impressed when I toss-out a softcover, explorers edition of SWD to each and every one of them around the table. It's a little thing, but being able to flip through the CRB between turns really helps with the buy in to the system. I'm seriously considering creating colorful, nicely formatted erratas of the new rules for SWD and just keeping on with my old copies of explorers edition.