Paizo is launching a "choose your own adventure" style Alexa skill for Starfinder. This just dropped into my inbox. 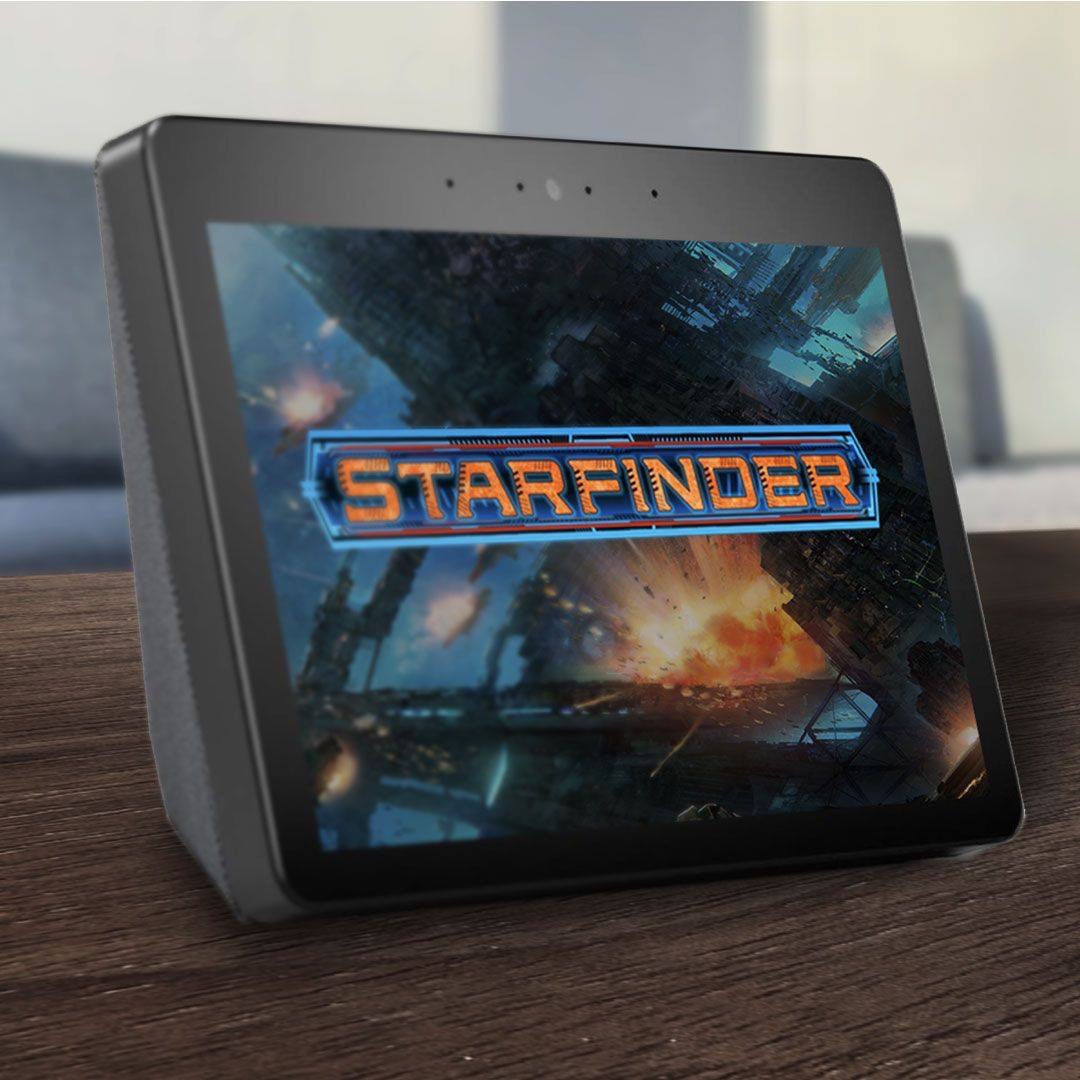 PAIZO TO PREMIERE STARFINDER VOICE RPG SKILL FOR AMAZON ALEXA
Experience the future of voice gaming with the free pilot episode on December 16.

REDMOND, WASHINGTON (DECEMBER 10, 2019): Paizo Inc. has teamed up with Amazon to bring the award-winning Starfinder Roleplaying Game to Alexa. Alexa transports you to an action-packed science-fantasy experience. The Starfinder skill guides players through an interactive adventure filled with professional voice actors, exciting sound effects, music, and multiple different story paths based on their in-game decisions! The free pilot episode will be available exclusively to Alexa users on December 16.

The premiere solo adventure, “Starfinder: Scoundrels in the Spike,” takes a player’s Starfinder hero deep into the lowest levels of Absalom Station, where someone—or something—is wreaking havoc. Players of all skill levels can join in on the fun and experience how their spoken choices propel the adventure forward.

“Starfinder: Scoundrels in the Spike” was adapted for Alexa by James L. Sutter, former Starfinder Creative Director and an award-winning author. The pilot episode was originally written for the Starfinder Beginner Box by Starfinder Managing Developer Amanda Hamon.

“We are excited to partner with Amazon to bring the weird and wonderful world of Starfinder to fans through this innovative technology,” Hamon said. “The stars aligned and we think players new and old will love it.”

Only a matter of time before we won't need players or DMs?

That was the goal of most computer games: D&D without any other players.

This appears to be more of a choose your own adventure rather than a full blown game, but...

It is just a matter of time from here.
M

So - over on the BAMF podcast, we just had James Sutter - the author of the Alexa Starfinder project - on for an interview

and here's part two of that interview

Very insightful interview. The idea might be ahead of its time.

I see the future as a ultrathin, flexible and A3 size (two pages) tablet with an app to be the AI of the enemies in solo player games.

Other option could be "choose your own adventure" interactive cartoons in streaming media services.
N

They did this with Skyrim. It sounds cool but once the novelty wears off (petty quickly) its just a videogame with a terrible UI. Unless you are visually impaired or want to play a videogame while driving in traffic there is no reason to play a game through voice rather than one of the many screens you likely have within reach at any given time.

I wonder if we'll see GM on assistants soon enough. That could be really cool.

I wonder if this goes against the ethos of the Starfinder community.

Complete with a sales pitch. Welp, it was fun being a GM. Guess I'll polish up my resume. Or start being a player . . .

DMMike said:
Complete with a sales pitch. Welp, it was fun being a GM. Guess I'll polish up my resume. Or start being a player . . .
Click to expand...

I think it will still take a while before you can play with your assistant As good as the "AI" can be, it can't beat a real GM... yet.
E

I think out loud and consider several options before I make a decision. I suspect Alexa and I will drive each other crazy.

Staff member
We're going to try this out on our podcast. Discover it at the same time as our listeners. What could possibly go wrong?

Morrus said:
We're going to try this out on our podcast. Discover it at the same time as our listeners. What could possibly go wrong?
Click to expand...

Morrus said:
We're going to try this out on our podcast. Discover it at the same time as our listeners. What could possibly go wrong?
Click to expand...

Alexa turns off the video (and audio) feeds when you say "Oh no I can't look!"

Staff member
Can anybody confirm whether this works in the UK? I can't seem to access it.
P

It won't be available outside the US until mid January. Then only to Canada, Australia, the UK and India.