D&D General [+] Tell me about your favorite official D&D setting...

I'm a fan of a lot of settings from D&D, but I don't know all of them. And I thought it would be nice to have some positive threads about things we like for a change.

So, keeping in mind this is a plus thread: sell me on your favorite official* D&D setting. Describe what makes it cool to you. What makes it worth reading up on? What make you want to run adventures in that milieu?

(Official here meaning it's something produced by or licensed from the original TSR or Wizards of the Coast.)
Last edited: Mar 28, 2022

Ravenloft Gothic Horror. Emphasis on description and immersive feelings, people experiencing things that are off, growing dread, classic horror monsters fleshed out more than in normal D&D, a mundane baseline that gets twisted and the fantastic and horror elements contrast with the human and nature elements. Lots of investigation to find out what is going on and strong character master villains with stories anchor the setting.

Pelinore by TSR UK, as it first appeared in Imagine magazine. It's more Warhammer Fantasy Roleplay than the typical high fantasy of other official D&D settings. Kind of a down and gritty D&D. I like that. It was later expanded (in an unofficial capacity) in Game Master Publications.

Over the years I've used four official D&D settings: Greyhawk; Kara-Tur (ignoring it's FR connections); the Grand Duchy of Karameikos (especially the fragment of it presented in Night's Dark Terror); and Dark Sun.

The one I come back to most often is GH, most recently as a backdrop for Burning Wheel and Torchbearer. What I like about Greyhawk is that it has everything needed for generic fantasy RPGing: in the middle of the maps there's a "hidden" Elven kingdom (Celene); Dwarves; Orcs (in the Pomarj); pirates and freebooters (the Wild Coast); the Bright Desert, with its nomads carrying secrets of Ancient Suel magic; the woodsfolk of the Gnarley Forest; cities like Hardby and Greyhawk; and the feudal lands of Urnst.

I tend to ignore all the minutiae - it's those broad tropes that are there in the maps and the most basic gazetteer information that do the work I want the setting to do.

I want to say Planescape, but while it's undoubtedly an incredible piece of worldbuilding, I found it to actually be pretty poorly done as a campaign setting to set campaigns in.

So I would actually go with Forgotten Realms. Certainly the 1st edition version, and to some extend the 2nd edition material as well. The early material is mostly quite sketchy and a bit bare bones, but I've found that this actually makes it much more useful as a campaign setting. The world is kept vague enough to some degree that it becomes clear that the material is all suggestions for stuff to fully develop on your own, rather than a finished world that has one objective state that GMs should try to get the full picture of to make their campaign set in the same place as everyone's else campaigns.
I think the main issue with it is that it's actually more like 5 complete settings stapled together. The Heartlands would make a complete setting on their own. The Sword Coast would make a complete setting on it's own. The Northeast would make a complete setting on it's own. And great settings. (The Southwest and Southeast are somewhat underdeveloped in contrast.) If released as their own things, I think they would have been even better.

Exandria. While it wasn't created by WotC, there are two official D&D 5e products published by WotC for the setting, so I'm assuming that it is fine to be included in this thread.

As someone that was first introduced to official D&D settings through the Forgotten Realms, I was really on board with the idea of a D&D setting that was similar thematically and in subgenre to Toril, but without decades worth of novels, sourcebooks, adventures, and retcons to overcomplicate the already complicated and huge setting. Exandria, to me, is like the Forgotten Realms, but small enough that it's actually manageable to run a campaign on it (even if you want the adventure to span the whole setting!).

Exandria has way less gods than the Forgotten Realms, enough that all of the major roles are filled but not so much that you can't remember all of them. It has the Divine Gate surrounding the Inner Planes that prevents the gods from interfering directly in the setting, which gives a reason why the Gods don't Deus Ex Machina all the time and solve every problem on Exandria, and is kitchen-sinky enough that the players can play practically any character they want while still having a place in the world.

Oh, and Explorer's Guide to Wildemount is hands-down the single best D&D 5e setting book ever. It gives so many different starting quests, adventure hooks for every location mentioned in the Gazetteer, in-depth but not overwhelming lore-dumps, and unique magic items and monsters. It's exactly what I want from a D&D campaign setting book. Oh, and the Heroic Chronicle is awesome, and every D&D setting needs one.

And I say all of this as someone that doesn't watch Critical Role. The setting is legitimately amazing.

I love the epic fantasy of Dragonlance, the knightly orders, the orders of high sorcery with the effects of the moons. Many races which were new and and the introduction of the draconians as the enemies of the forces of light. It had a lot going for it.

Planescape was perhaps tied with dragonlance for top place. It was weird and wonderful and brought the planes into focus as adventure locations. Best things was that pretty much any things could show up there. You could have a knight of solamnia, a thief of greyhawk, and tiefling descended from something from baator or elsewhere, and a priest of literally any god in the game's history adventuring together. I loved the artwork and the ideas of portals and keys and factions. Definitely a favourite setting.

Although then there's Darksun, a harsh, post-apocalyptic setting where psionics are the main source of power, everyone (and everything) has some psionic powers. This one I never got to play in, maybe I should set my next game there...

Greyhawk is still my favorite official D&D setting, particularly when using one of the broader setting publications like the World of Greyhawk boxed set. There's enough detail to inspire the imagination while giving the DM plenty of room to define specifics - meaning everyone's Greyhawk is a bit different. And there's a wealth of adventures already out there, ready for each successive generation of players to take on depending on where they want to go and how you can weave the stories together.

I loved the Birthright setting and in particular Brechtur as it sparked my obsession with the Hansa League and the role of the Merchant-Adventurer. Plus Birthrights approach of unique Boss Monsters is cool imho

I also like Al-Qadim for all my childhood Sinbad fantasies

and though it was shortlived I played a Vanara in a Vietnam inspired game using Mahasarpa rules which I enjoyed.

The OG Greyhawk, before TSR advanced the timeline. The Boxed Set provided an awesome map by Darlene that gave plenty of different regions to work with. The information in it and the folio is enough to stir the imagination, yet there's not a whole lot of details, allowing the DM to customize it to their needs. Despite peoples complaints about it being "generic," it has a pretty interesting history that sets up the current (576 CY) volatile political structure.

Greyhawk; The setting itself is varied with a wide variety of geographical areas to set games. It also has a darker, more S&S feel than FR, and it carries the value of the game's history within it to a greater extent than any other setting. The named spellcasters, the classic modules, artifacts of renown; all come from Greyhawk.

I never thought I'd say this but, Eberron. I tend to be more of sword and sorcery style fantasy gamer, so Eberron didn't look too appealing when it dropped. After playing Dungeons and Dragons online for a few years with friends, I really gained an appreciation for it. I think I just really needed to see the setting in action, and I am the GM 75% of the time. If I don't dig a setting, I probably wont learn much about it. The MMO gave me a good background and showed me what a higher fantasy setting could really be like.

Mystara but you knew it was. Real world fantasy analogies. Two equally powered Empires on the brink of constant war and threatening to trample all the lesser nations in the crossfire. Unique magics, heroes ascending to literal immortality, and races and over a hundred supplements give it a slightly weird vibe while feeling very relatable.

Throw in three other subsettings with Hollow World, Savage Coast and Blackmoor and you can play all over the world with a different theme and vibe every single time.

I like a lot of them. Darksun gets an honourable mention for sheer brass cojones.

My favourite has to be Birthright though. I’ve only ever set one campaign there but I would love to revisit it. It has the perfect balance between politics and heroism. Gritty reality and magic. Witcher style monsters and hostile elves. Magic in the land itself and the bloodlines of the old gods present among the great and the good.

I also like analogies of real world civilizations if done sensibly. It adds instant recognition and depth to characters and realms.

Al-Qadim. I really loved the flavor and sandbox adventures, including exploring lost tombs and archipelagos. It had its own vibe that made it a nice change of pace. 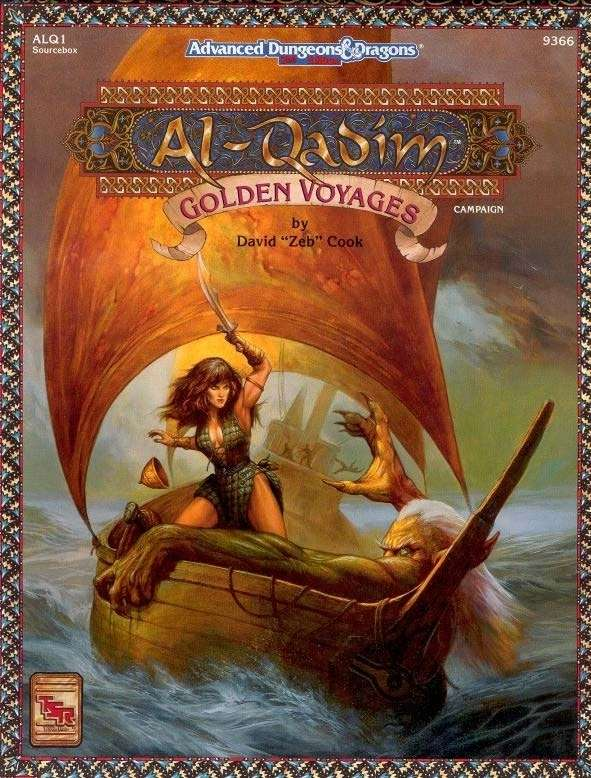 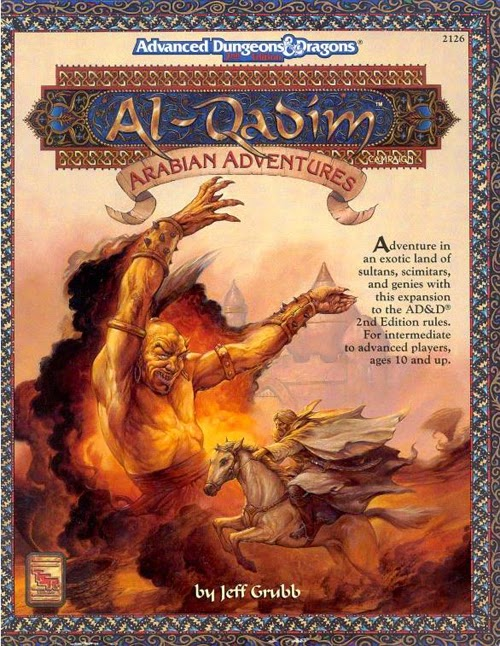 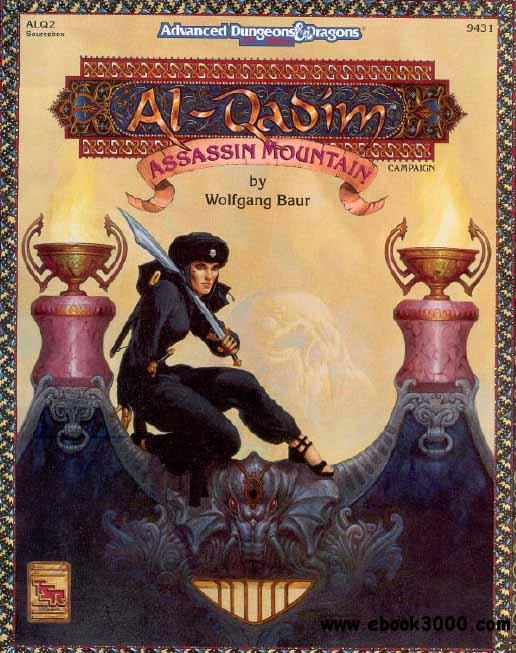 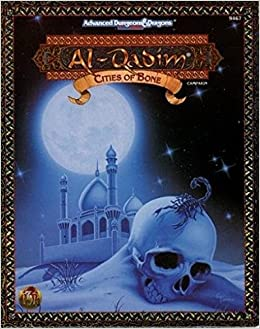 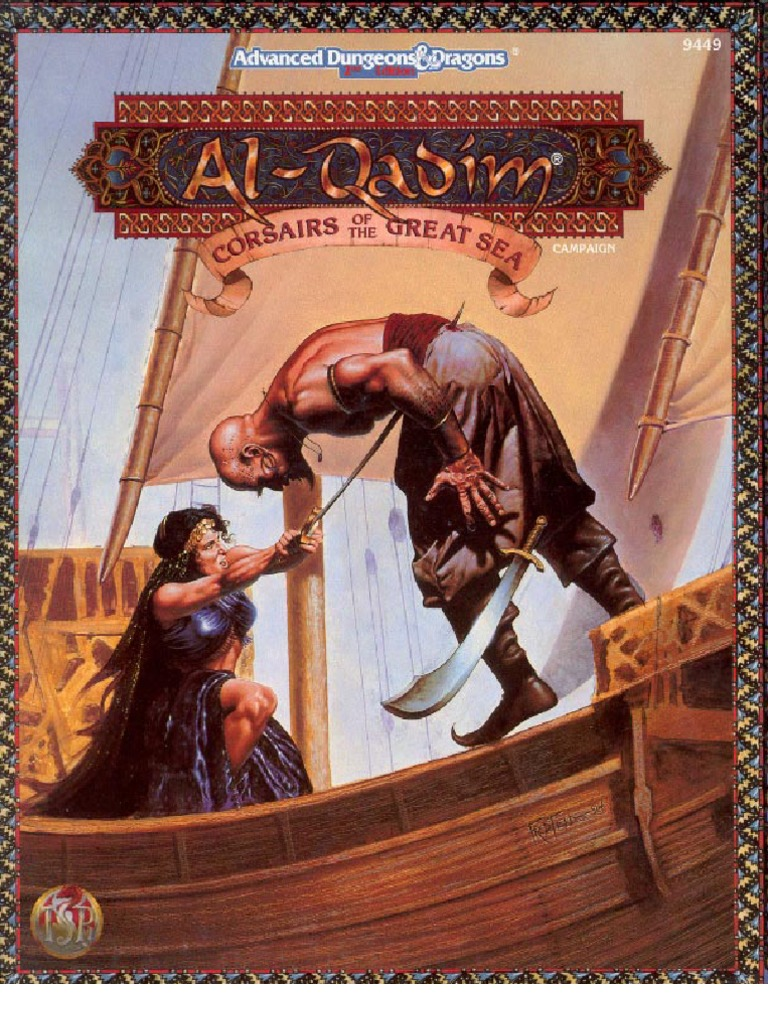 Supporter
I'm a huge fan of Mystara, and in addition to what Glen said, I like the more late medieval/early modern feel of the Known World setting. For whatever reason - possibly the clearly delineated national boundaries and the way the Gazeteers describe the international relationships of the different countries, possibly the "age of exploration" vibe of some of the later products like the Princess Ark and Red Steel, possibly both - Mystara just feels different from the other settings, like it's further along the historical timeline. And I like that difference.

I'm less a fan of a particular setting, and more a fan of different pieces of a setting's lore. For example....

It's a hard choice. Greyhawk is my first campaign setting and will always have a special place in my heart, but the Forgotten Realms is where my favorite campaigns happened. Between the two I think I would have to go with Greyhawk, even though I have fewer really memorable campaigns there I like the setting better. That said, I haven't played using either since I stopped playing D&D when 4th edition came out.

D&D General [+] What is your favorite non-WotC D&D setting?
2

D&D General One Piece of Art VI (Maps)- What is Your Favorite D&D Map?
2