What are the most anticipated tabletop roleplaying games of 2016? Last week I held a massive poll and collected thousands of votes based on a list of a few dozen nominations submitted by EN World members. The voting took place over a period of a week. This week, I reveal to you what the Top 10 Most Anticipated RPGs of 2016 are, plus four Honorable Mentions which came close but didn't quite make it into the Top 10. In some places, the votes were close, but there were - fortunately - no ties. So, without further ado, I offer you in reverse order the games voted for by you! Note that some of these upcoming games do not have cover art yet, so I may have used older editions or other placeholder images.

Honorable Mentions go to the following upcoming games, all of which secured a good number of votes, but not quite enough to crack the Top 10 (and one of which, I am gratifyingly surprised to see, is my own game!): 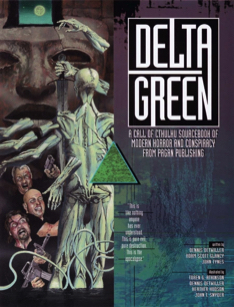 Arc Dream Publishing held a Kickstarter for this Cthulhu Mythos setting, giving it its own RPG. It describes itself as "Lovecraftian cosmic terror meets the War on Terror." 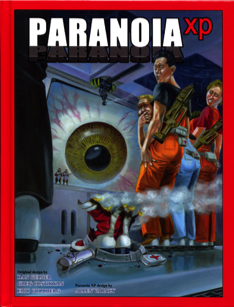 Mongoose Publishing held a very successful Kickstarter to bring the dark comedy game Paranoia back as a boxed set by James Wallis. 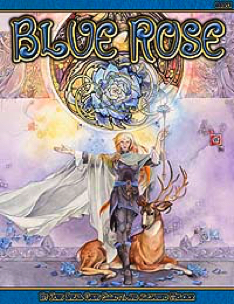 Green Ronin’s 2005 RPG of romantic fantasy deals with relationships, politics, and social situations. A new edition is coming this year using the Fantasy AGE engine (the system which powers both Dragon Age and the Titansgrave line). 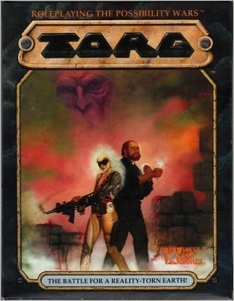 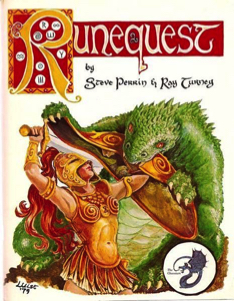 Chaosium announced a new version of RuneQuest at Gen Con 2015. This will be the fourth RuneQuest from Chaosium (though there are other versions), and will be based on a foundation of RQ2, with some elements of RQ6. The setting for RuneQuest will, of course, be Glorantha. 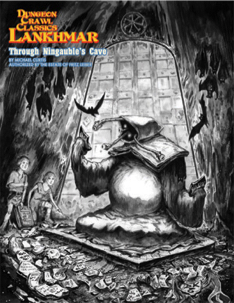 Goodman Games announced that they had a license for Fritz Lieber’s work in 2015, and has already published adventures based on the setting. In 2016 a boxed set is planned. 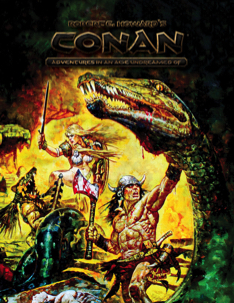 #4. Robert E. Howard’s CONAN Adventures In An Age Undreamed Of

UK Publisher Modiphius can only be described as prolific. Not a month goes by where they don’t seem to have a new blockbuster Kickstarter, and the Kickstarter for the new Conan RPG is due this month, using Modiphius’ own 2d20 system. 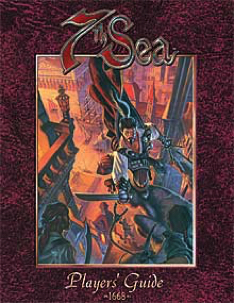 John Wick bought the fantasy pirate game 7th Sea from Alderac Entertainment Group in 2015 with the intention of creating a new edition. Wick was the original architect of the game, and now runs a publishing line called John Wick Presents. 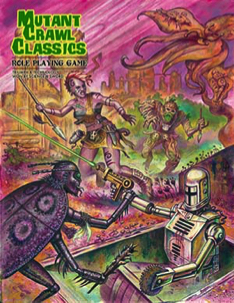 From Goodman Games, this boxed set is fully compatible with their popular Dungeon Crawl Classics ruleset. It's apparently in playtesting right now! 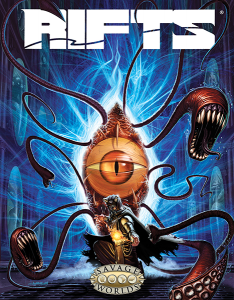 Surprising many, it was announced back in April that Kevin Siembieda's post-apocalyptic multi-genre RIFTS is coming to the Pinnacle Entertainment Group's multi-genre Savage World system. The lead designer and writer on the project is Sean Patrick Fannon. Rifts for Savage Worlds is the #1 most anticipated game of 2016!​
Click to expand...

(And, yes, we are still currently working our butts off on a ton of stuff for this thing. The impetus to get it right over getting it done fast is absolute. Thanks for the support and the patience; I hope to make your wait worthwhile.)

Out of curiosity, has anyone been using the playtest rules and adventures for the Conan RPG? I wasn't super impressed with the 2D20 system upon reading it, but I suppose it might play better than it reads.

I am disappointed Crypts & Things Remastered didn't make the cut. From the one game of the first edition I ran, it seems like the perfect sword & sorcery game for my taste!

I had no idea that there had been a Delta Green kickstarter. Bummer.

It also says something about how people are primarily interested in recycling, too.

After all, it's not surprising for each company to keep on remaking things over and over, but it is more surprising that people overwhelmingly desire that over other options.

Not that I'm not eagerly awaiting Savage Rifts, myself

Savage Rifts for the Win!!!

He'll Save Every One of Us!

Well, I'm a bit biased because I'm writing it, but I'm actually a little surprised that FLASH GORDON didn't make the original list of nominees! Ah, well... I hope you'll all check it out when it's released in a few months!

This is going to be a good year for Goodman Games.

God damnit. I had been doing so well at not blindly buying Rifts books anymore. I've been clean for over a decade.

What is interesting is the diversity within our community. I personally am only interested in 4 of the games in the top 10, Rifts for Savage Worlds is definitely one of the four. That diversity means that every game is its own light and that there is room for new games and new systems. Also our tastes change, many will seek comfort in nostalgia or the innovative. Whoops about Flash Gordon, I forgot about that and also forgot about Save the Day, which is a game I'm looking forward to.

All 4 Honourable mentions, are on my Wishlist.

WayneLigon said:
I had no idea that there had been a Delta Green kickstarter. Bummer.
Click to expand...

You can still preorder everything through the backerkit:

Having played Rifts for the first time in years during the Christmas break, I can't wait to get the setting with rules that actually make sense - the Palladium system is ridiculously obtuse!


In order to be anticipated, something needs some sort of name recognition to drive the buzz. If WotC, Paizo, or Monte Cook were about the publish some new and exciting game, I'd expect that to make this list. Since none of them are, it's not a surprise that it's a list of reboots and sequels.

Almost nobody was looking forward to the first "Harry Potter" novel, either.

I was, but it disappointed.

I'm surprised that nothing new made the list, such as Timewatch.

I can't seem to find any information on how the 2d20 system works. Does anyone know? I can't know if I'm interested if I know nothing of the system.

ZE_Lumis said:
I can't seem to find any information on how the 2d20 system works. Does anyone know? I can't know if I'm interested if I know nothing of the system.
Click to expand...


Unfortunately, the free Mutant Chronicles quick-start, which is where I was able to get a gander at the system, has been removed from OBS now that the full game is out. You could try signing up for Conan updates here. I'm pretty sure that's why I've been receiving the electronic playtest packets.