D&D General The First Map of the Forgotten Realms

The very first map of the Forgotten Realms was created by Ed Greenwood and mailed in sections to TSR during the late 1980s after he sold the setting to the company for $5000. Years later it ended up hanging in a pub near Madison, Wisconsin. D&D historian Ben Riggs talks about the history of the map on his blog. An artifact from D&D history long thought lost has again been found. Behold the Martin Map of the Forgotten Realms!

The map is known as the "Martin Map" after it was saved by TSR's Forgotten Realms editor, Julia Martin -- Jeff Grubb, the then-custodian of the map -- left TSR in 1995, and left the map in his cubicle. Martin kept hold the map and took it to Seattle when WotC bought TSR. 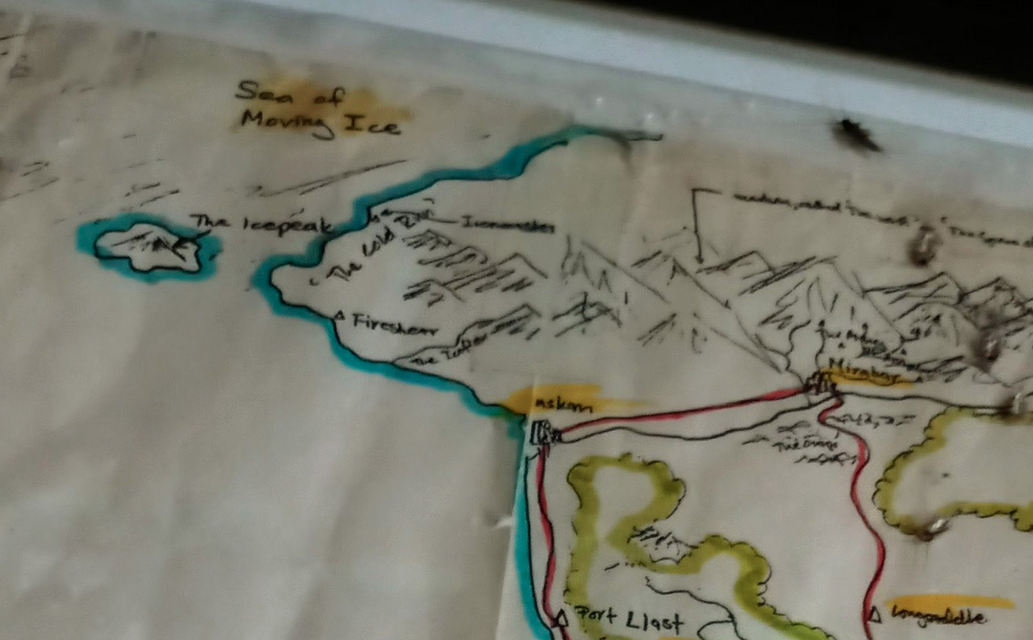 ameliasarah said:
The Forgotten Realms are a well-explored piece of D&D lore… but here's where it all began, the original Faerun, as drawn by Ed Greenwood. An artifact from D&D history spacebarcounter.us long thought lost has again been found. Behold the Martin Map of the Forgotten Realms!Apparently Mike Schley, the artist of the Tomb of Annihilation, ALSO provides maps for the forgotten realms in an official function (as prints & downloads) via his own website.Faerûn /feɪˈruːn/ is a fictional continent and is the primary setting of the Dungeons & Dragons world of Forgotten Realms. It is described in detail in several editions of the Forgotten Realms Campaign Setting (first published in 1987 by TSR, Inc.)

If this is the Rise of the Machines, maybe they've decided to skip our world and head straight over to the Forgotten Realms