This is Hudson, our 12-week old puppy. Our golden retriever, and my best friend, Jango passed away from cancer earlier this year. This little boy has big shoes to fill!

Publisher
Yay! I approve of this thread

This is Lucky. Abandon in the jungles of Costa Rica at 2 months old. Somehow managed to survive on his own for a month avoiding snakes, jaguars, and crocs before we rescued him and brought him home. 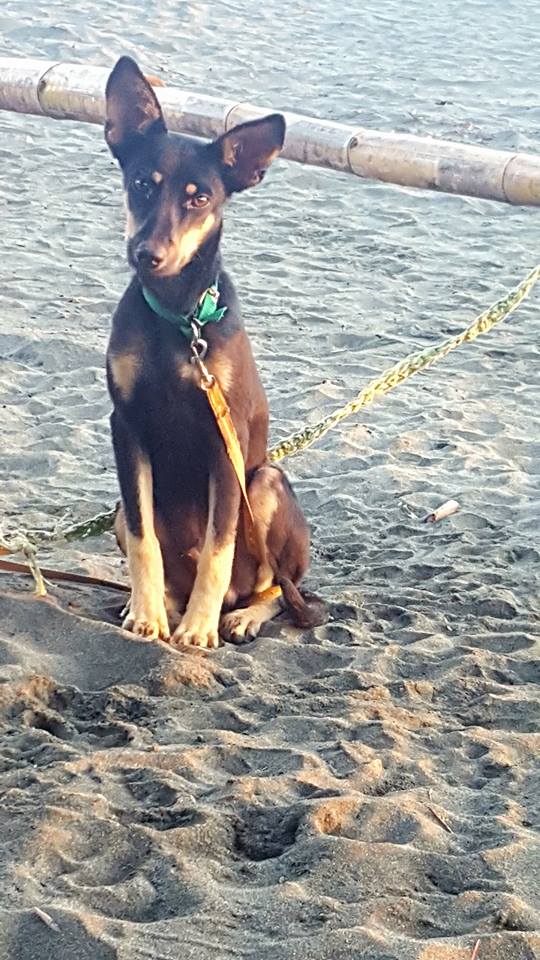 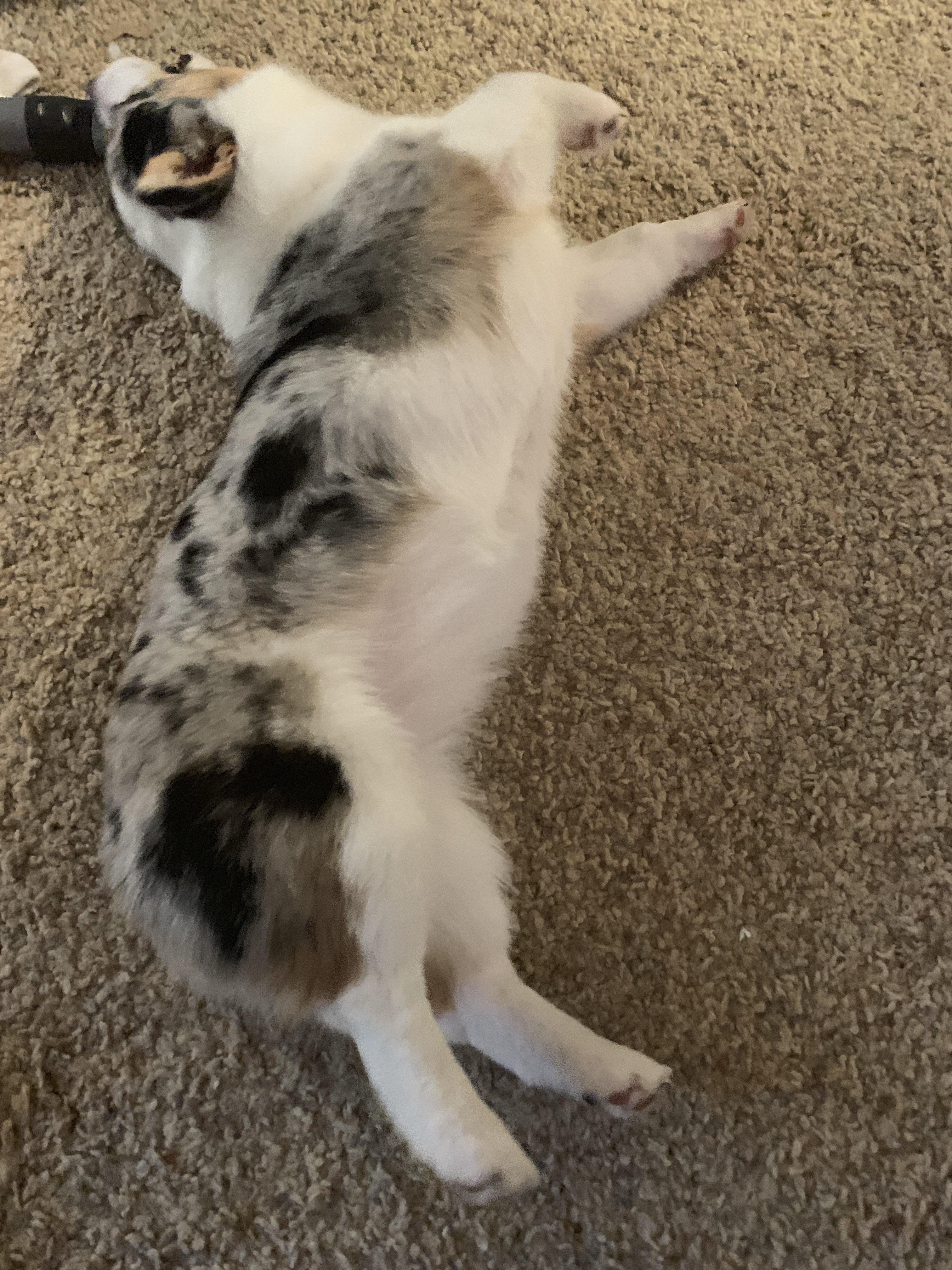 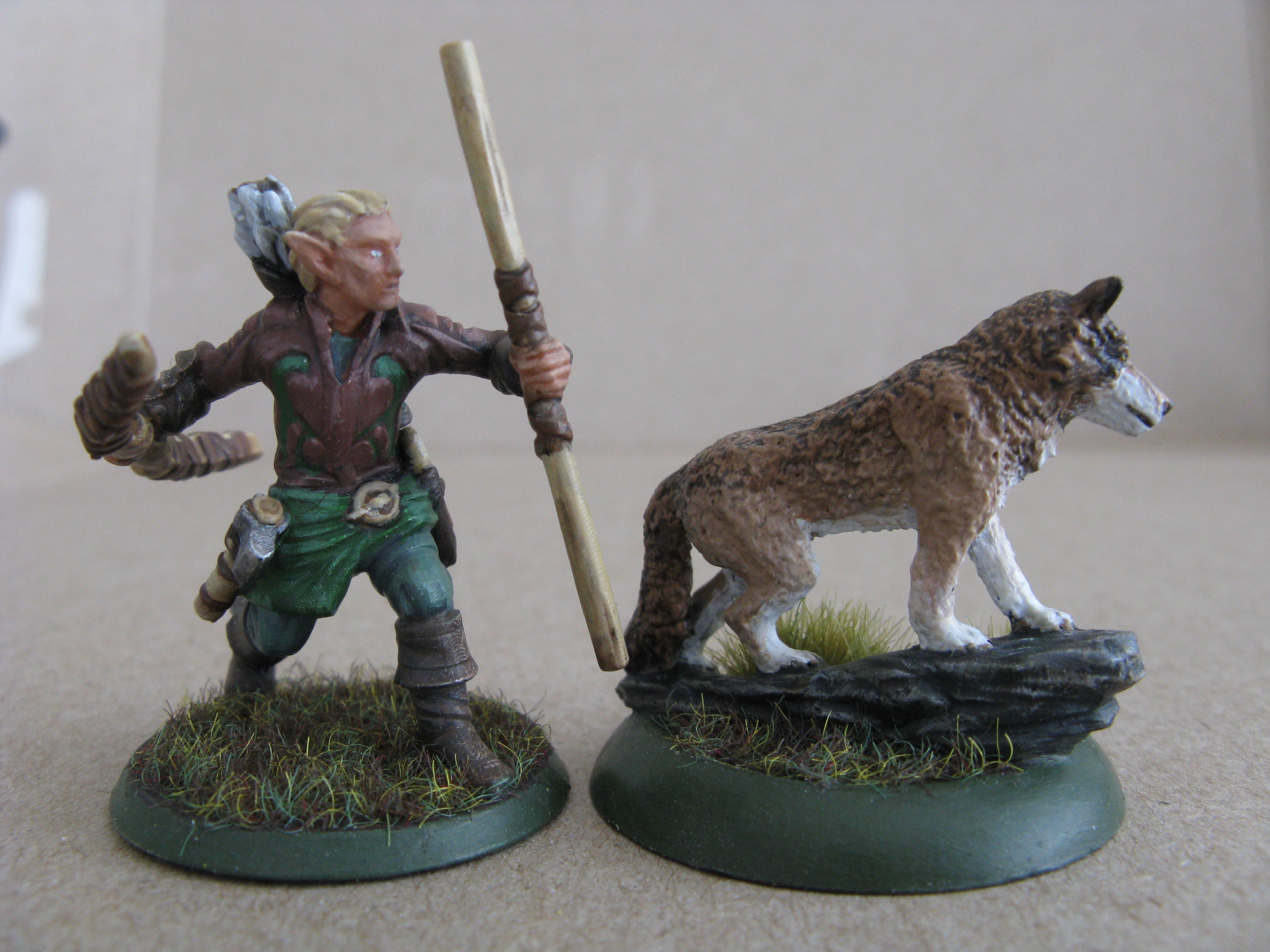 My Freyja is big for a dog, but small for a Mastiff. As the runt of her litter she is pretty easily bullied by just about everyone. That helps make her the perfect dog for my 2 toddlers. They freely climb all over her and she doesn't bat an eye.

She's great as watchdog too as she feels the need to alert us whenever someone is approaching our door. As a side effect she also lets us know whenever the neighbors are doing any yard work, though that is a little less useful. 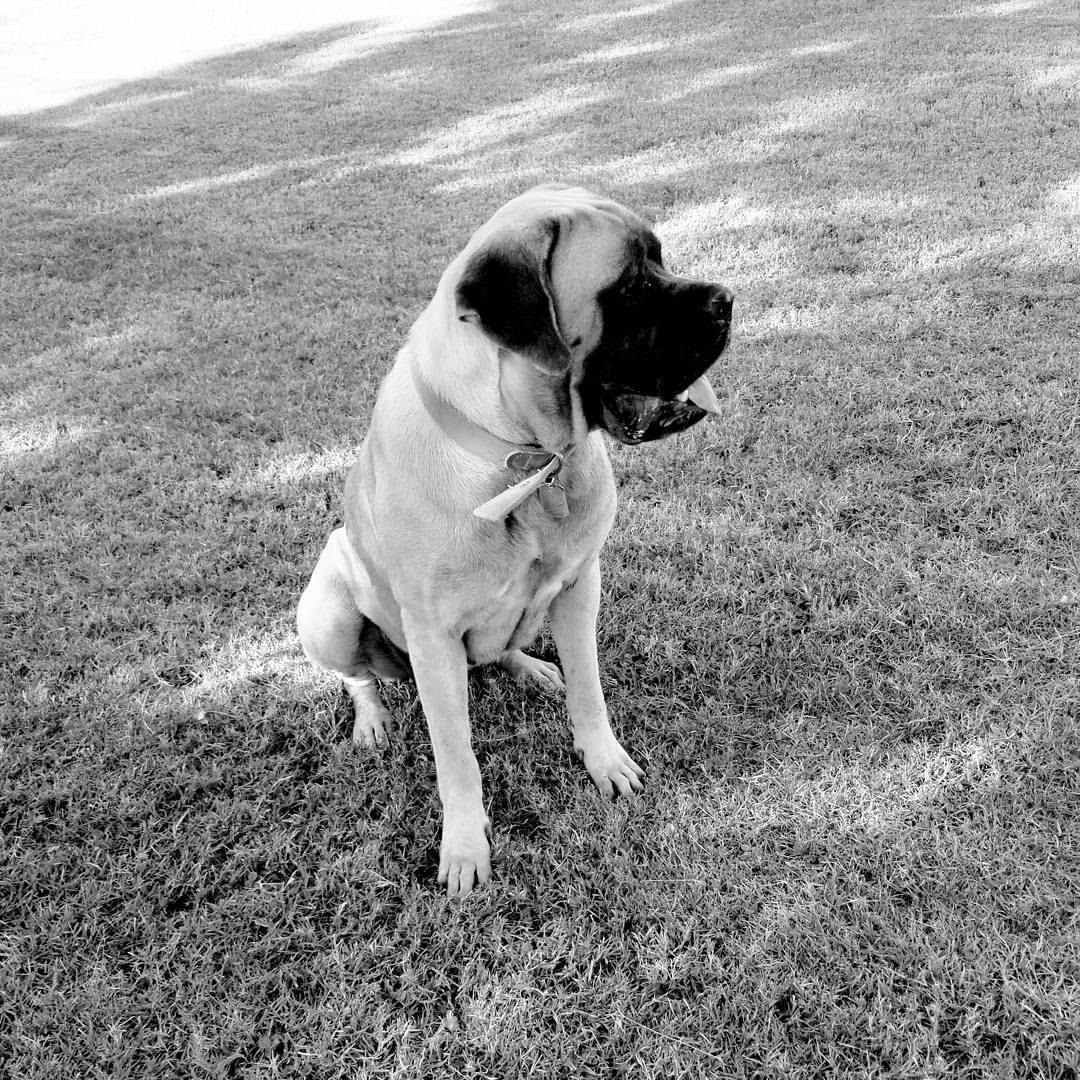 Before and after the groomer went a bit crazy (we said short, not THAT short!) This is J. Merle’s immediate predecessor, JBW, who was probably the smartest border collie we’ve ever had: Staff member
Some of you may know I like to cook. Here’s something simple I cook for my dogs: That’s 6lbs of baked unseasoned 73/27 hamburger meat, sectioned into 1/2lb patties. For dinner, each dog gets 1/16 to 1/8lb of beef mixed in with their dry kibble and veggies- peas, green beans, carrots or corn, occasionally a pea &amp; corn mix. We bag up most of it for frozen storage.

Complicated? Not really. The beef and veggies are mixed together and microwaved before mixing with the kibble. The smell attracts them like magic, then they make it all disappear.

Expensive? Also not so. Even though the hamburger is usually more expensive than canned dog food, we’re giving them less of it. We started doing this because they had gotten finicky about their wet food, often eating only a little bit of it. So we were throwing a lot of it away. Even when we gave them less, they still passed on most of it. And even so, they were a little overweight. (Not naming names, but someone else in the house* likes to give them people food snacks “by accident”.)

So between the smaller amount of meat they’re getting and the lower caloric intake, they’re looking pretty svelte. Since they’re eating everything they get, there’s almost no wasted food unless a morsel makes a successful escape over the wall of their bowls.

And I don’t know if it’s related, but they haven’t needed a dental cleaning in years. The vet says their teeth are cleaner than 99.9% of the dogs in the practice.

This is J. Merle’s immediate predecessor, JBW, who was probably the smartest border collie we’ve ever had:

It took us a while to notice her “Punisher”/“Misfits” markings.
Click to expand...


We had a border collie before Jango. Adric was whip-smart. Hudson is half border collie, half retriever, but I’m seeing much more collie than retriever in him. Also super smart. Jango was the exact opposite of smart.

Border Collies are known for being smart.
Not common as a pet here more farm dog.

Not all make it as farm dogs though and they become pets.

They taught one to read in Hungary iirc. It knew and could spell around 300 words.
Last edited: Sep 5, 2019

Now this is a quality thread!

Here's Eve, whom we rescued from a shelter 12 years ago. This photo was from a few years ago, so there's more grey on her snoot these days. 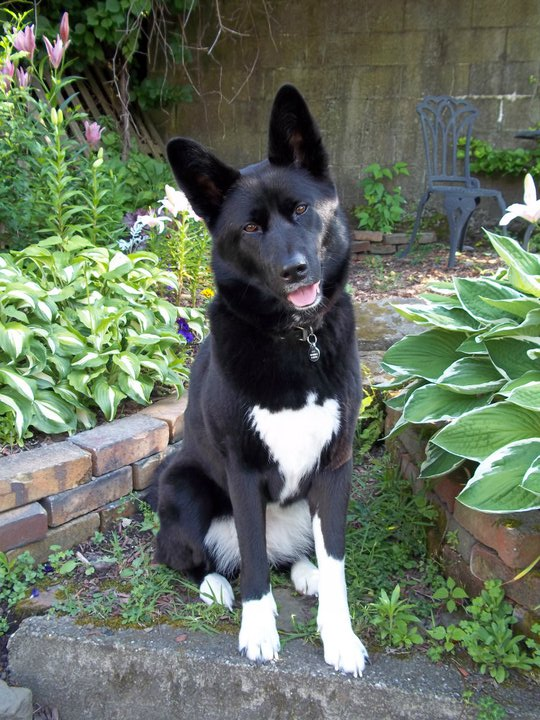 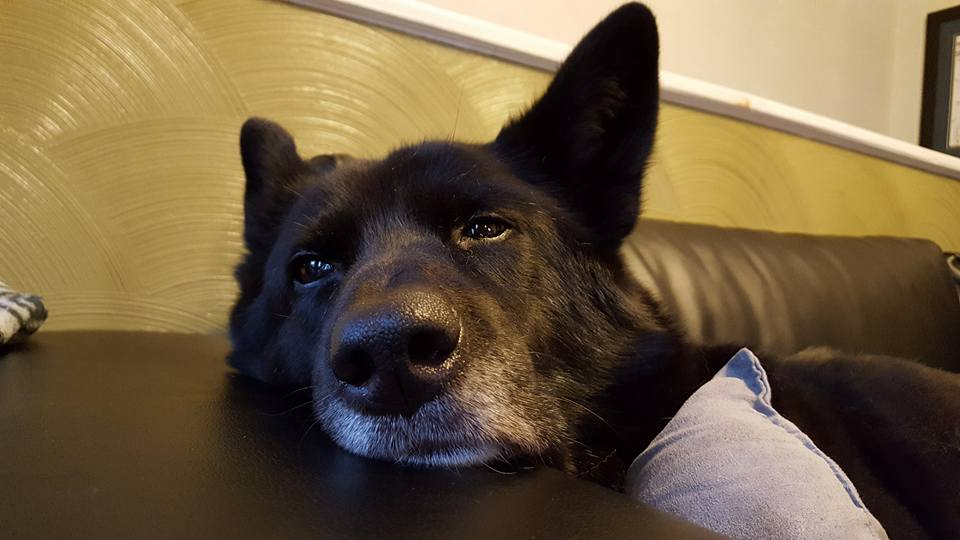 Staff member
We didn’t count, but we know JBW had a huge vocabulary of spoken and spelled words. But what made her brains obvious was how she would figure things out for herself.

For instance, when we got J. Merle as a puppy, JBW stopped playing fetch. Instead, she’d catch the toy, wait for J. Merle to come over and “take” it from her and bring it back to the thrower. IOW, she delegated half of the game.

JBW was also the one who used to throw balls down stairs (pre-J. Merle). Dad decided she needed more exercise than she was getting, so while he was doing laundry, he’d throw a ball up the stairs. JBW would run up and then bring it down, occasionally running back up in anticipation. But on day, the ball came back solo. Dad figured it had just gotten knocked down by accident, so threw it back. JBW caught it, moved to the edge of the top of the stairs, and flipped it forward. As it bounced down, she took up her position for th next throw.

Dad, believing himself smarter than a border collie, subbed a rope bones for balls in stairplay. Initially, JBW was frustrated that the ropes did not roll, so she had to keep following them down as they only went a few stairs when flipped. But eventually, JBW figured out how to flip a rope down stairs, end-over-end, slinky style.

JBW showed J. Merle the basics, and she and C. Merle have both continued the tradition of throwing balls down the stairs, but neither has figured out the slinky rope toss. 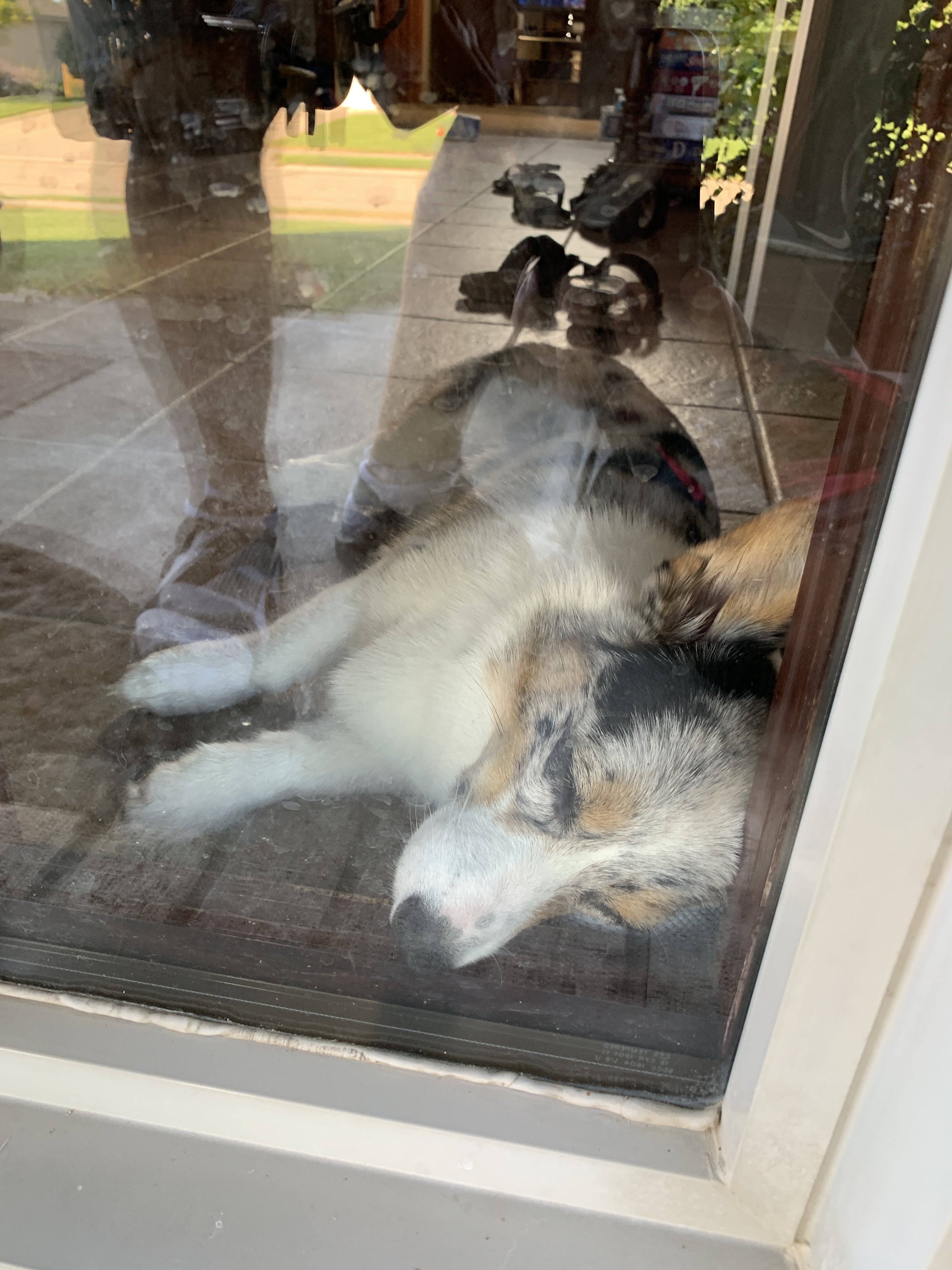 Meanwhile, C. Merle has proven to be a music fan. Not only does she like to watch certain music channels when we put them on, but certain songs when hummed or whistled get amazingly joyful responses. Right now, the “magic” songs are “Also Sprach Zarathustra”, “Mars, Bringer of War”, “Ride of the Valkyries”, and the themes to “The Pink Panther”, “James Bond” and “Gilligan’s Island”.

And we had another TV watching dog, JBW’s predecessor KBW. At the scheduled time, she always got in the oversized recliner in the den and waited for someone to turn the TV to Oprah’s show. If no Oprah were forthcoming, she’d either mope at you or leave.

Zardnaar said:
Border Collies are known for being smart.
Click to expand...


Yes. Us border collie owners are well aware of this.

Publisher
In case you weren't aware, Lucky (the puppy) is a great wingman if you're single. I mean, just look at him . He's almost 2 now, but still around 25 lbs so he's still pretty much the same size. DNA tests came back 99.9% central american village dog. Makes sense. But I didn't know that was an actual breed. Though it was just a mutt. 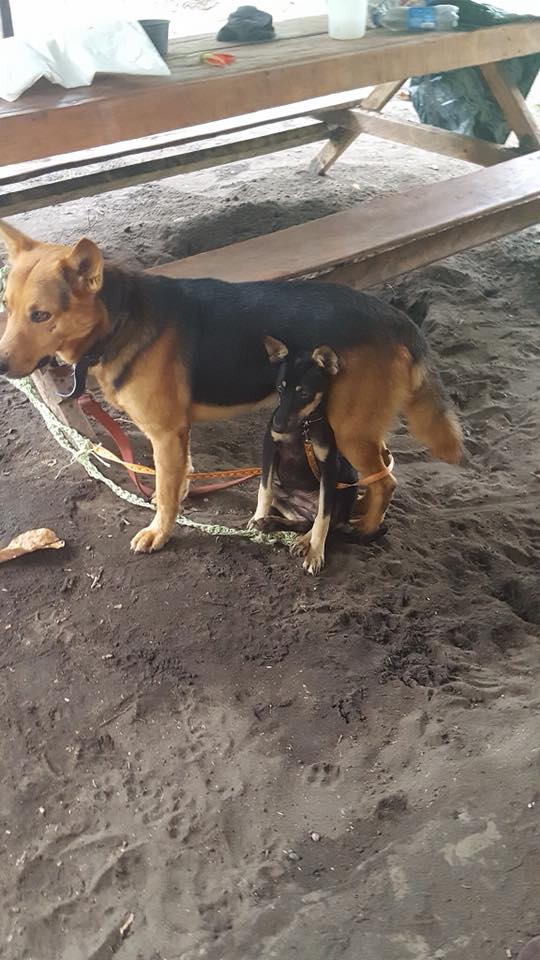 Sacrosanct said:
In case you weren't aware, Lucky (the puppy) is a great wingman if you're single. I mean, just look at him . He's almost 2 now, but still around 25 lbs so he's still pretty much the same size. DNA tests came back 99.9% central american village dog. Makes sense. But I didn't know that was an actual breed. Though it was just a mutt.
Click to expand...


Sometimes mutts do get a designation title (not exactly breed) like the domestic short hair cat.

Handsome boy you got there.