Haven't gotten enough yet of The Wild Beyond the Witchlight? WotC has you covered. The Witchlight Carnival Dice and Miscellany set is an optional add-on to D&D's first official Feywild adventure. 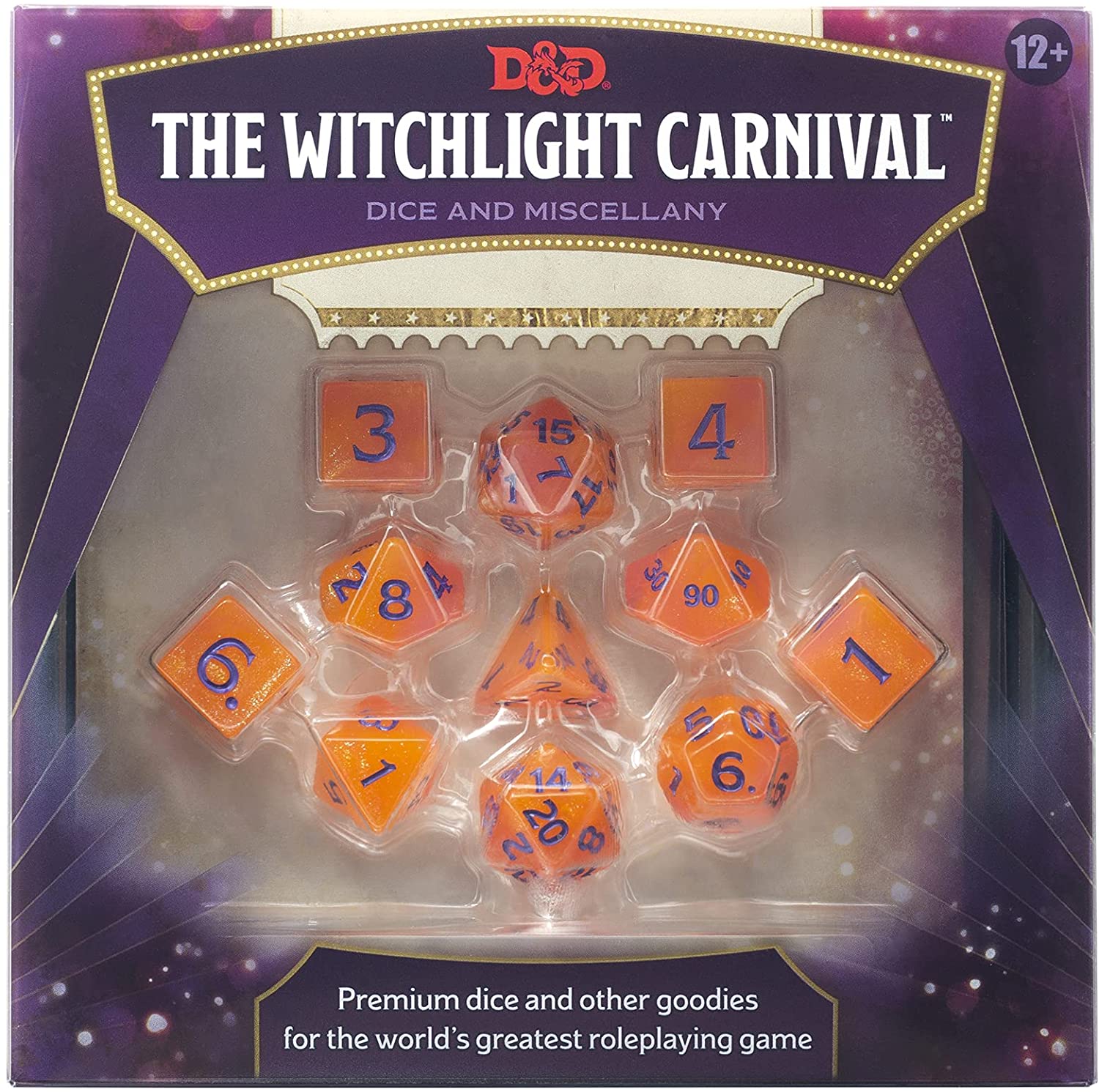 Prominently displayed in the plastic window of the display packaging are the dice. Slightly over sized, they're orange with a subtle iridescence and black numbers that are easy to read. The set includes 11 dice—the standard seven-piece RPG dice set plus three addition d6s for those who like to roll stats and an extra d20 for advantage/disadvantage rolls. 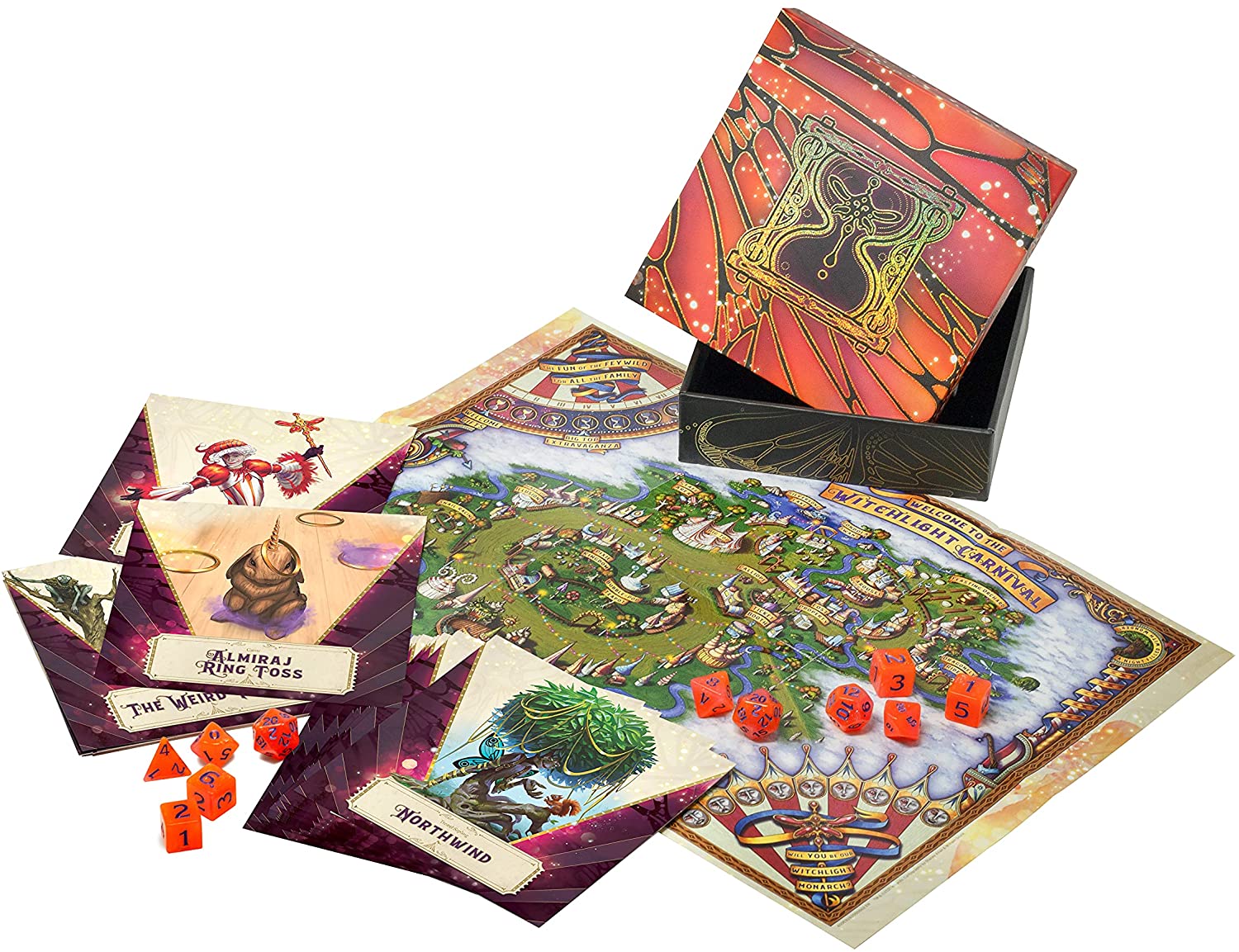 The set focuses on the Witchlight Carnival portion of The Wild Beyond the Witchlight adventure instead of the portion in Hither, Thither, and Yon. The small, folded map that's included features the map of the carnival on one side and lovely art from a carnival patron's perspective on the other.

Once removed from the display packaging, the set includes a decorative box to hold everything. Both parts of the box are brown velvet lined to double as dice rolling trays. One box has a pretty brown “&” design. The other half has a brown and orange design that reminds me of looking through tree branches. An hourglass design in an iridescent metallic ink is in its center represents the Hourglass Coven, which is a significant part of the foul events of TWBtW. 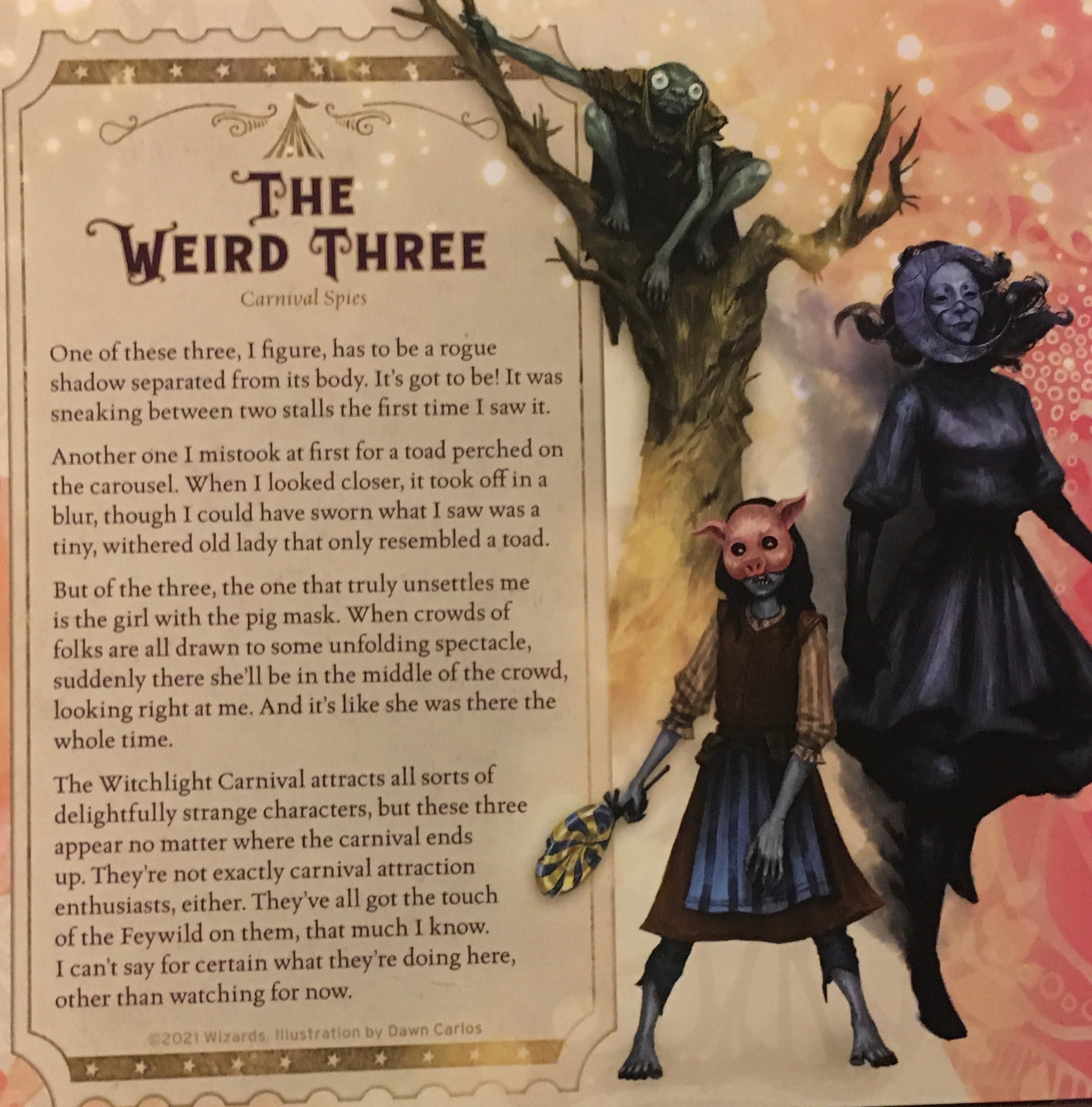 The rest of the cards feature a piece of art on one side with a smaller piece of the same art on the other along with a description. One of those cards is for the Witchlight Carnival overall. Another is for Witchlight Hands, meaning the people who work at the carnival (the book includes that a player background).

Six cards are for games at the carnival. Those include Guess the Feathers on the Cockatrice, Out-stare the Cyclops, Almiraj Ring Toss, Catch a Faerie Dragon by a Tail, Gnome Poetry Contest, and Goblin Wrestling. The rest are characters like Mister Witch, Mister Light, and Candlefoot. I'm a big advocate for cards as an RPG supplement, especially NPC cards. These are nice. The ones produced by Beadle & Grimm's for their sets (TWBtW is getting both silver and platinum editions) are better in my opinion because they're larger and more useful. Some feature just art and others have stat blocks on back for easy access. 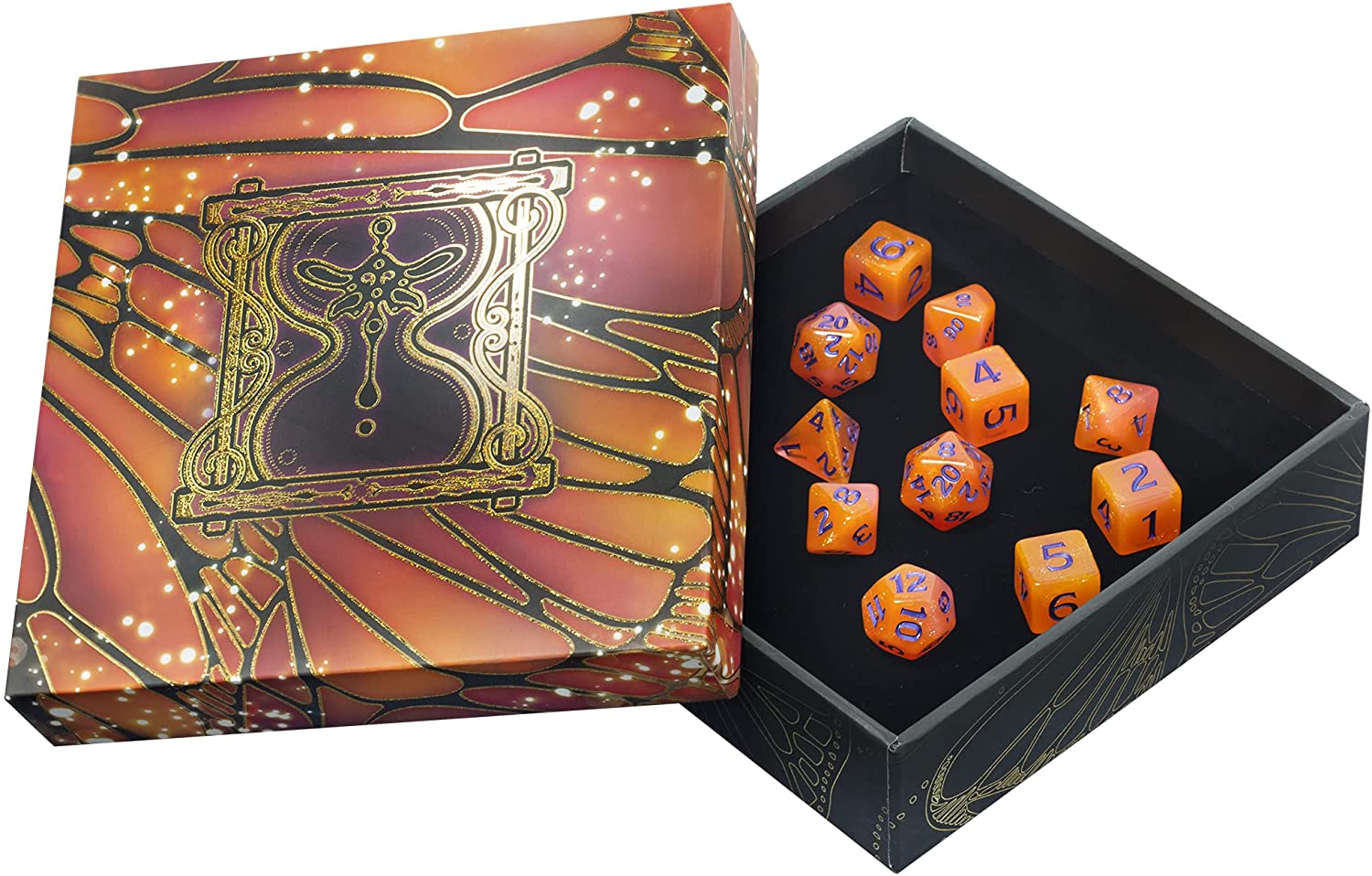 For the price point ($29.99 MSRP but frequently discounted) and quality The Witchlight Carnival Dice and Miscellany is a nice set. It's a great holiday gift for your favorite D&D player or your DM running TWBtW. The cards don't really have significant spoilers so players and DMs can use it, but if you're a player who wants to go into TWBtW cold I'd wait to read the cards and just use the dice, trays, and folding map until your character has fully entered the Feywild.

Not essential but a respectable addition to those running The Wild Beyond the Witchlight. If you're a dice collector, this is worth the look. For DMs, the cards are handy but not essential. My rating: B+.
Last edited by a moderator: Oct 29, 2021
Click to expand...

Whoever is in charge of packaging design for these products is the real highpoint of the line. Great stuff. Evocative and making great use of cardboard to sell contents.

Its a really cool set. I do miss the larger D20s used in previous sets though.