Dragonlance Unlocked on D&D Beyond: Dragonlance Shadow of the Dragon Queen!

A couple of weeks earlier than the December 6th street date for the hardcover, Dragonlance: Shadow of the Dragon Queen has been unlocked in digital format over on D&D Beyond for early access. If you have purchased a SotDQ bundle you can redeem your code at this link. If not, you can pre-order now: 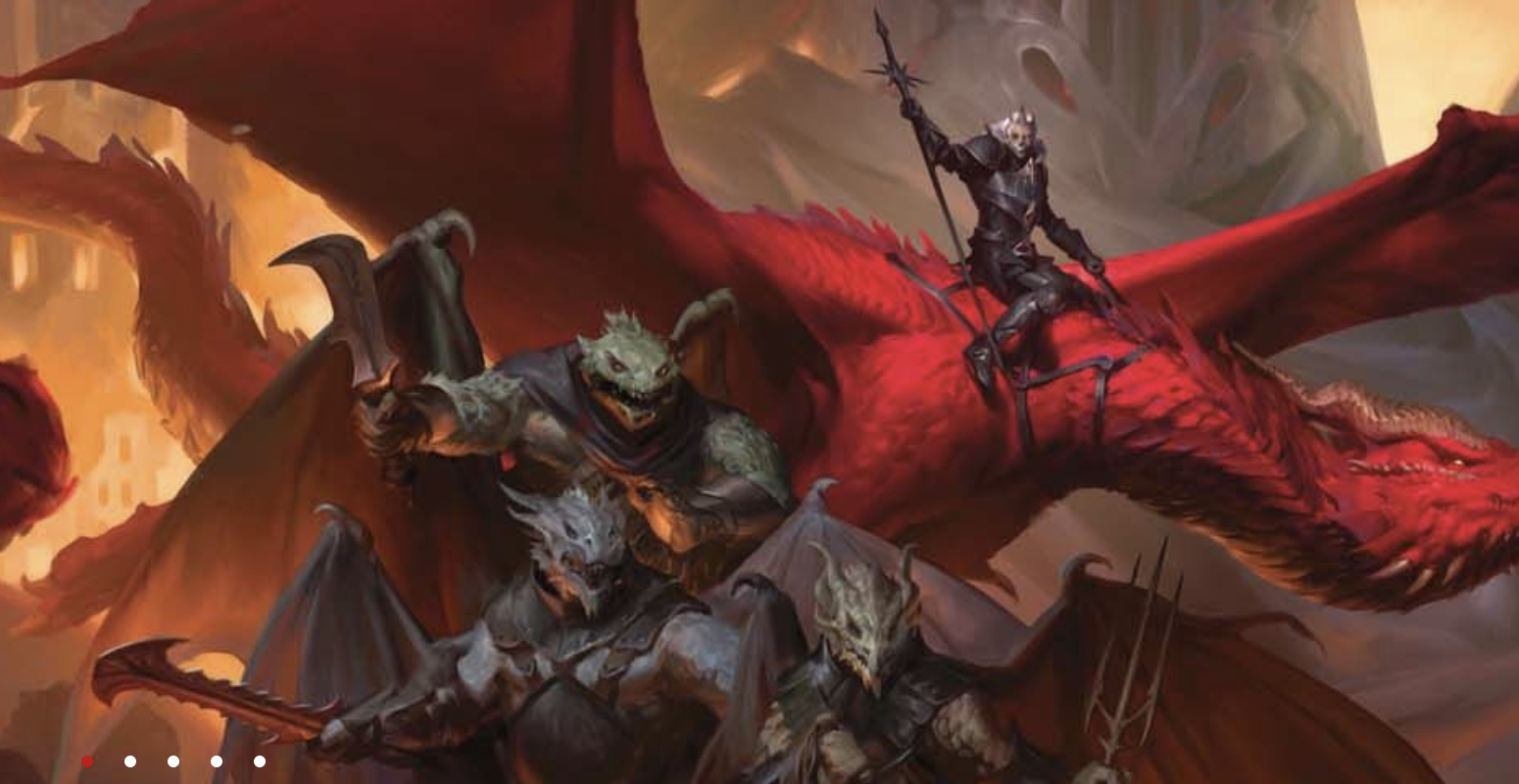 DISCLAIMER: THE DRAGON ARMIES CANNOT ENSURE THAT OWNERS OF THIS BOOK WILL NOT HAVE THEIR LIVES REPURPOSED IN THE SERVICE OF THE DRAGON QUEEN’S GLORIOUS WILL. PROMISES TO THE CONTRARY SHOULD BE CONSIDERED BEST-CASE SCENARIOS, NOT STATEMENTS OF CERTAINTY. THANK YOU FOR SUPPORTING THE DRAGON ARMIES AND A CATACLYSMICALLY BRIGHT FUTURE FOR ALL OF KRYNN.​
Last edited by a moderator: Nov 22, 2022
Click to expand...

We did the actual character creation tonight, so here's my group for the adventure:

Human Abjurer Wizard, who will become a White Robe Mage of High Sorcery (has taken the MoHS background).

Tinker (Rock) Gnome Artificer (not sure on which subclass yet). Worked with the player to come up with a Wild Surge rule to make things more interesting and thematic on critical successes and failures when using his inventions.

Kender Arcane Trickster Rogue. Houseruled to be able to use a hoopak (which for some reason wasn't made a rogue weapon).


Can't wait until next Saturday to get things started! The adventure looks pretty good, and I think it's a really interesting group that will get the most of Dragonlance story.

Doesn't bode well for the products if you have had to house rule 3 of the 5 PCs.
Still hanging fire on whether to buy so threads like this are helpful for the most part.

John R Davis said:
Doesn't bode well for the products if you have had to house rule 3 of the 5 PCs.
Still hanging fire on whether to buy so threads like this are helpful for the most part.
Click to expand...

I didn't have to houserule two of them. The only one that needed to be houseruled is the hoopak. The other two are perfectly fine as they are, RAW, and I apologize if it seemed that us adjusting the rules a bit was something that was actually necessary, instead of just doing things for character reasons and fun. In fact, the artificer one is quite a bit far away from even RAI!
Last edited: Nov 27, 2022

I'm hoping the adventure plays well.
The Spelljammer one is just an awful collection of NPC-NPC conversations thus far ( we are about halfway through), which is just rubbish.
Keeping ears open for DL

And now that I've re-read things, I realize that, even though someone pointed it out to me before, anyone can take the KoS background and gain the feat; it's just that fighters and paladins are the only ones who can take the feat if they don't chose the background. So a War Cleric, like anyone else, can have the feat as long as they take the background (which he did), so there was no deviation from RAW there. I've edited the earlier post about the group accordingly.

John R Davis said:
Doesn't bode well for the products if you have had to house rule 3 of the 5 PCs.
Still hanging fire on whether to buy so threads like this are helpful for the most part.
Click to expand...

Is it really D&D without house rules? ;-)

Dragonlance Dragonlance Shadow of the Dragon Queen comic walk through