What Do Elves Eat, Anyway?

It's no accident that we've skipped most of the "meals" associated with elves in Heroes' Feast, but we finally came around to make one: bacon and asparagus. The bacon surprised us because we don't associate meat with elves. 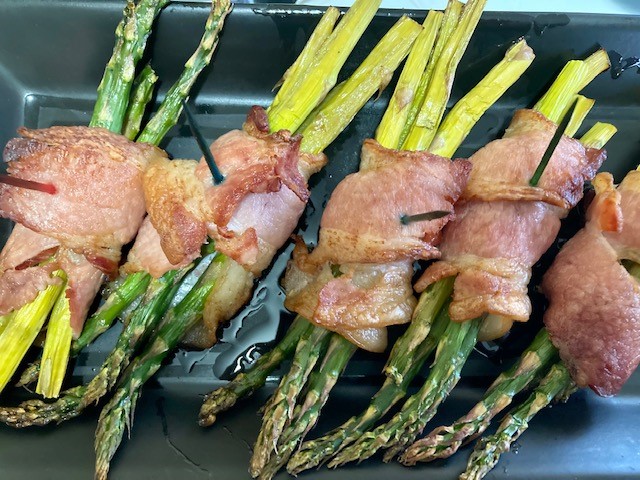 Heroes' Feast says a lot about elven cuisine by what it doesn't include. Of the elven recipes in Heroes' Feast, two involve seafood (shrimp and Dragon Salmon), one involves eggs, and only one involves meat: Greenspear Bundles in Bacon. Why was it included? Because it's actually made by half-elves:

Greenspears, also referred to as asparagus or "sparrow grass" by humans, is a perennial flower plant that has ascended to staple-status in many elven diets. While elves consume greenspear raw, seasoned, roasted, or steamed with herbs, their half-elf brethren--liberated from certain culinary taboos--have developed an additional preparation technique. In an irreverent touch, but one that flavorfully complements the greenspear, half-elves add salted and cured pork into the mix, in deference to their half-human taste buds. Regarding bacon, the thicker cut is always the better!"
Click to expand...

This is the first meal we served with guests and they found it surprisingly delicious. It's the sort of meal that's different enough to introduce as an appetizer but flavorful enough that it gets eaten quickly. I'm not fond of asparagus or bacon, but the combination is delicious.

It's also a meal you can feasibly make for your players with a very short baking time (15 minutes or longer if you prefer your bacon crispier). 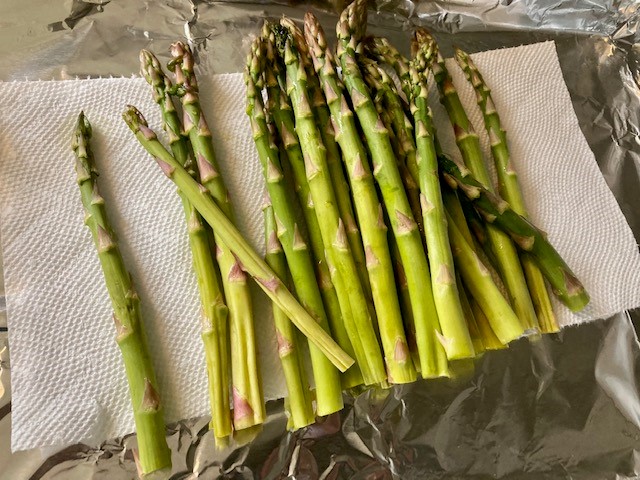 The association of elves with vegetarianism is likely due to their affinity with nature, established in J.R.R. Tolkien's Lord of the Rings. There's much discussion of elven lembas, a kind of travel ration, but little else. The association with elves avoiding meat likely stems from the inspiration for wood elves, the Green Elves of Ossiriand, who decided that men as "hewers of trees and hunters of beasts" were no friends of theirs.

Still, there is enough evidence throughout Tolkien's works to indicate that meat was present when elves served a meal or when they ate at a table, and the fact it wasn't mentioned that an elf skipped the meat portion of the meal argues that they were not vegetarian. 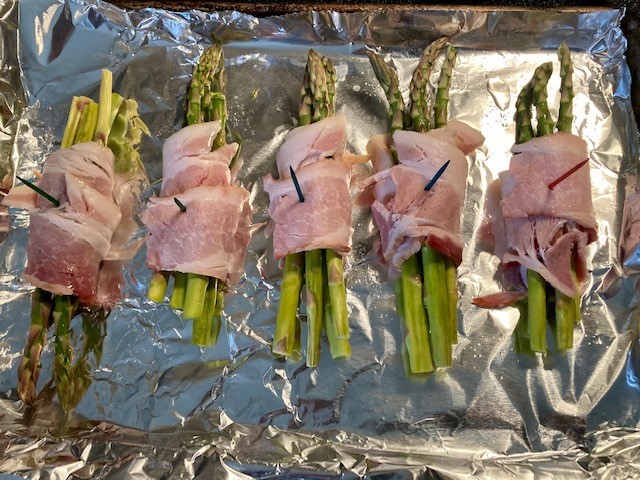 But what of elves in Dungeons & Dragons? Here's what Heroes' Feast has to say on the subject:

Because they place such a strong value on life, a high percentage of elves stringently exercise food restrictions, and a great many would fall into the category of vegetarian, vegan, or pescatarian--little that bleeds ends up on elven plates.
Click to expand...

Ironically, D&D wood elves seem to be different from their Tolkien-inspired brethren:

High elves tend to align their diets most closely to their values, and prefer fruits, vegetables, and grains to meat and poultry. By contrast, wood elves are often wanderers and adventures and, consequently, more disposed to hunting and foraging.
Click to expand...

So it seems that at least some elves eat meat after all. But you wouldn't know it from the recipes in Heroes' Feast.

Drow eat subterranean foods, such as otherworldly reptiles and funguses.

They get surprisingly tender if you stew them long enough.

And because elves are so in tune with nature and value life so highly they clear huge tracks of land for farming required to have a balanced vegetarian diet and do not even have house pigs used to eat their leftovers and garbage until they are fat enough for slaughter.

Hmm. If elves use magic to hunt their food, then the prey animals would have to evolve magical defenses or go extinct.

So many interesting possibilities...

When in doubt add Bacon !

I view High Elves as living in elegant treetowns, of interconnected treehouses that are made of living tree wood. They mainly eat from trees, including fruits, berries, and leaves.

Drow eat subterranean foods, such as otherworldly reptiles and funguses.


Tolkien seemed to land on the "the elves who live in harmony with nature are not okay with hunting animals" which implies they're vegetarians.

In Tolkien, the "less-woodsy" elves ate meat. But in D&D the luxury of not having to hunt gives high elves the ability to be vegetarian.

It's an interesting question as to what "living in harmony with nature" really means. I feel like conceptions around what makes a culture decide to be a vegetarian have evolved over time.

talien said:
It's an interesting question as to what "living in harmony with nature" really means. I feel like conceptions around what makes a culture decide to be a vegetarian have evolved over time.
Click to expand...

Hunting and gathering is being part of nature.

Vegetarianism is an ethical effort to transcend nature.

Yaarel said:
Hunting and gathering is being part of nature.

Vegetarianism is an ethical effort to transcend nature.
Click to expand...

would not transcending nature mean no longer having organic processes?

It is a well known fact that elves don't poop. People who eat stuff poop. Therefore, elves don't eat anything at all.

Mind of tempest said:
would not transcending nature mean no longer having organic processes?
Click to expand...

That is the direction ... away from nature, toward enlightenment (Hinduism etc.) or Garden of Eden (Judaism etc.).

Humans evolved eating meat. To not eat meat is in some sense unnatural.

Angel hair pasta (made from the hair of real angels)

Yaarel said:
Hunting and gathering is being part of nature.

Vegetarianism is an ethical effort to transcend nature.

Elves having cities etc. would prevent them being part of nature in the gatherer-hunter sense. To maintain that connection they'd probably need to stay largely nomadic with small populations or encamp permanently only in areas which could support them.

Yaarel said:
Humans evolved eating meat. To not eat meat is in some sense unnatural.
Click to expand...

Literally 90% of what we eat now is "in some sense unnatural" (diary, for example, is hilariously "unnatural"), so that seems like a pretty random assertion. Historical diets tend to be vastly lower in meat than modern diets and have very different kinds of meat too. Especially in gatherer-hunter societies. It's unclear if elves evolved at all, and if they did, they could have been vegetarian/herbivorous or

Ruin Explorer said:
Elves having cities etc. would prevent them being part of nature in the gatherer-hunter sense. To maintain that connection they'd probably need to stay largely nomadic with small populations or encamp permanently only in areas which could support them.
Click to expand...


In my campaigns, Wood Elves are emphatically nomadic. High Elves live in smallish but fortified towns among trees. Elven cities are rare − mainly a supertower or a city in the sky.

Ruin Explorer said:
It's unclear if elves evolved at all
Click to expand...

Friendship is Magic, and Magic is Heresy.

Leaves and pretension, I assume.

ph0rk said:
Leaves and pretension, I assume.
Click to expand...

Friendship is Magic, and Magic is Heresy.

You probably haven't heard of it - it derives from the feywild and I only know how to pronounce the name in sylvan.