Who in the World is James M. Ward?

When Morrus emailed me that EN World would like to start running articles on my memories of TSR I was very pleased and honored. EN World consumers have a reputation for being very knowledgeable in the hobby market which is good and bad for an old dude like me. I am still a bit hesitant to enter this arena as I consider myself a very “Old Guard” designer and GM and many of my ways are considered obsolete by the players of today. Let me take a few paragraphs to explain who I am and what I intend to do in these articles in the hopes of sparking the interest of the readers of EN World. 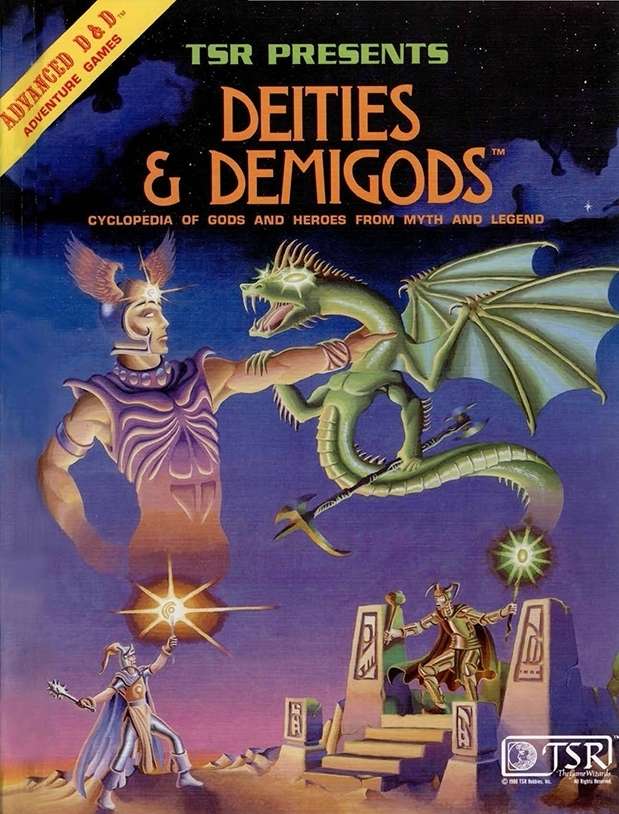 ​
Note from Morrus -- James Ward, after whom the wizard "Drawmij" was named, is a game designer who worked for D&D's original pubisher TSR for many years. Amongst other things, he was behind titles like Deities & Demigods, Greyhawk Adventures, Gamma World, and Metmorphosis Alpha. He has agreed to write a column here on EN World recounting his memories of those years, which you can follow here.

In 1974 “young” James M. Ward had just graduated from college with a teaching degree and knew nothing about hobby gaming. One day this “young” dude met E. Gary Gygax in a book store when without talking to each other, we selected the exact same seven novels. In the weeks that followed, Gary taught me how to play D&D and the “game was on.”

I learned about gaming as Gary and his 8th grader son Ernie crushed me in board games like Alexander, Dunkirk, and the Dungeon board game. I told Gary if his company ever had enough cash to pay my salary (9,700 at the time) I would be happy to come and work at his company.

While playing a D&D game on Gary's side porch, I told Gary he absolutely had to have a science fiction version of his game. He was kind enough to tell me he didn't have the time to write a game like that. To my surprise he asked if I was interested in trying to write such a game. I was happy to give it a try and Metamorphosis Alpha was created. From there I wrote Gods, Demi-gods, & Heroes with a lot of help. I worked on Deities and Demigods and that was a success. The writing bug bit me hard and I was writing Strategic Review articles, Dragon articles, RPG polyhedron articles, DUNGEON pieces, and lots more product, but all of that writing was a bit in my future.

Finally, in 1980 Gary said he could afford me. I went to work at TSR and it was a little bit of heaven on Earth. I started in the sales department as the inventory controller and was in charge of ordering all the books and boxes for the TSR products. From there I helped develop the education department and helped design three adventure modules geared to classroom situations. I also wrote many articles in Dragon magazine. I went from that department to the Novel department and contracted authors to write for TSR.

In 1984 TSR had 386 employees and the banks, TSR management worked with, said the company had to cut back on their employees. In five ugly purges the company went from 386 people to 86 people. I was laid off in the third purge of 55 employees on April 4th, 1984.

For 18 months I designed products for TSR and others. I designed the Great Shakes Charlie Brown dice game for Western Publishing. I put together four He-man Golden Books. I did a host of other things, including writing lots of TSR game books and Pick-a-Path books. The One-on-One TSR books and the Catacomb books were created and published at that time. After 18 months a clever accountant at TSR figured it would be cheaper to hire me full time and pay me a salary to do design work, than to keep giving me contracts for products and I was hired back at TSR.

I started working on the Laser Tag products for TSR. I advanced in the ranks of the company until I was the Director of the designers and editors. Finally, I became the Vice President of the Design division. My group got the product line on schedule and in the last two years, that I was there, the company set records for gross dollars in sales based on the product schedule my trademark groups put together for those years.

It became clear to me that the new upper management didn't care a bit about the hobby or the traditions of TSR when they started trying to finance everything but hobby product. When asked to fire twenty editors and designers so that the bottom line of the company finances would look better I said no. I was given an either/or choice and I left the company I loved, never designing products for TSR or Wizards (its buyer) again.

Since 1997 I have worked for other game companies. I worked at Precedence helping to produce the Tomb Raider, Babylon 5, and the Wheel of Time collectible card games. I designed the Dragon Ball Z card game for Score Entertainment and helped a bit on the Buffy the Vampire Slayer CCG. Over the years I have designed game products for Troll Lords, Goodman Games, and Fire Side Creations.

This bring us up to today. I have had a bit of fun talking about the history of TSR, using my Facebook page as a stage for my writing. Morrus became interested in my stories and thought the readers of EN World would like to know more about the history of TSR. I will do my best to remember the important details and show you the fun and creativity of TSR. I need to state up front that I could get some facts wrong, but I will try hard not to. I could be a few months off when it comes to dates because I didn't write all of these experiences down when they happened. However, I think you will find there are a lot of amusing and bonehead things that happened at TSR that you as the fans of role-playing might find interesting.

Off the top of my head I plan to write the following about the company and my experiences:


And if there are topics that the readers of EN World would like more information on, if I know the answer and EN World management deems the topic worthy, I will write on your suggested topics.
Click to expand...

Drawmij the Wizard
James Ward, after whom the wizard "Drawmij" was named, is a game designer who worked for D&D's original pubisher TSR for many years. Amongst other things, he was behind titles like Deities & Demigods, Greyhawk Adventures, Gamma World, and Metmorphosis Alpha. This column is part of the D&D/RPG History series.
Z

This. Is. Awesome. Thank you.

Supporter
So Awesome. Thank You

Looking forward to more of this - Thanks Jim!

Can't wait to read more. Thank you for taking the time to write those articles. It is very generous of you. The original Deities & Demigods with all the stuff that was pulled off is the only book I regret not keeping.

Jim,
Thank you so much for Gamma World!! I can't tell you the number of great memories my friends and I had, over the many years, playing that game in particular!

Excellent! Mr. Ward has always been a favorite, and I look forward to reading his stories with considerable anticipation.

This, flat out, amazing.

Welcome and hello! Mr Ward, I am also interested hearing more about your newest work with 77 Worlds: http://firesidecreations.com/index.php/games-m1/77worlds

Awesome, looking forward to the articles! Thanks for sharing.

Very glad to have you writing here, Jim! I look forward to hearing more.

Very excited for this series, thank you Jim and Morrus! I am really looking forward to hear about Deities and Demigods.

its cool. I look forward to confirming ENWorld's reputation.

lowkey13 said:
I should have said this in my original comment, but also? Everything (EVERYTHING) about that cover of Deities and Demigods is perfect.
Click to expand...

Yesterday at 5:12 PM
Blue Orange
B