The older I get, the more battles I study, the more I recognize how important leadership is to success, whether of a nation, an army, a business concern, or an adventuring group. 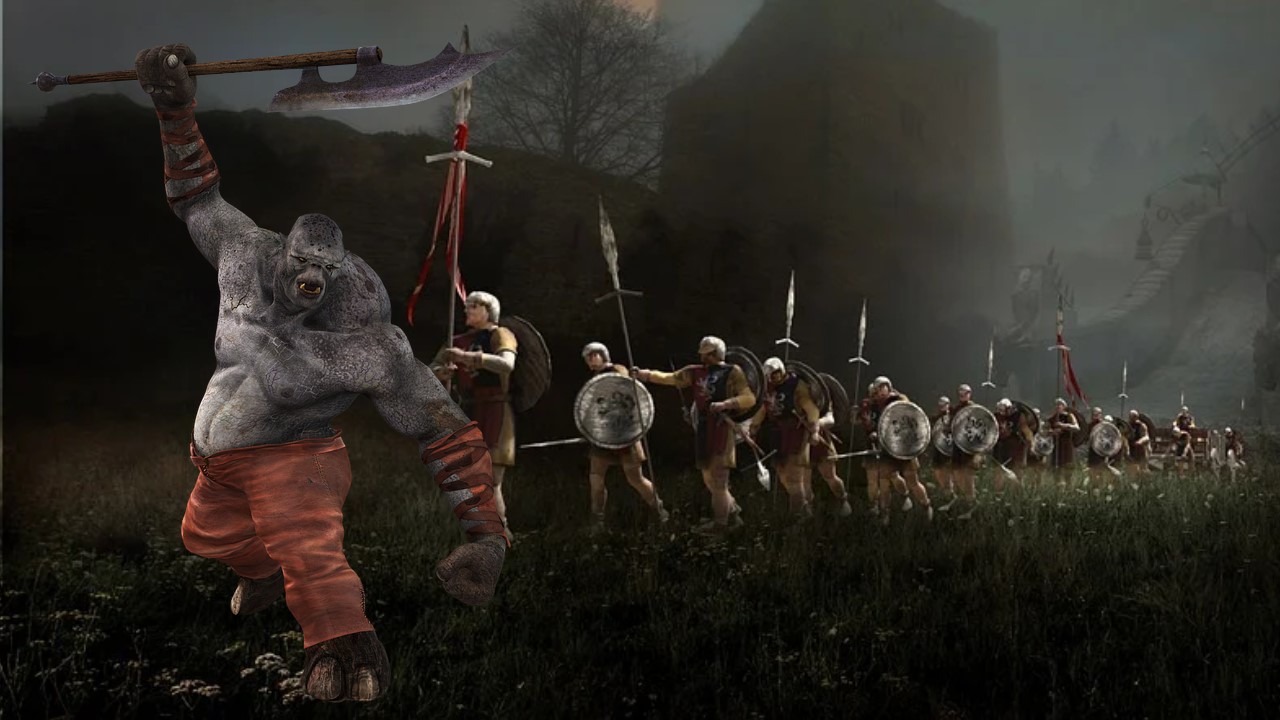 "There are but two powers in the world, the sword and the mind. In the long run the sword is always beaten by the mind." Napoleon Bonaparte
Click to expand...

The Importance of Leadership​

I was once again reading Xanathar’s Guide to Everything, a major rule supplement to Fifth Edition Dungeons & Dragons. There are several pages of encounter tables, by terrain, to replace those in the original 5E rules. I was struck by how some encounters involved two types of the same creature (for example a kuo-toa monitor with kuo-toa whips), something I don’t recall from the D&D 1E tables. Why the difference?

One reason may be that there are now many more species with differentiated types, some more powerful or more “aware” or intelligent than others. What the multiple types reminded me of just then, however, was the importance of leadership.

As a boardgame designer I have to take this into account. In a practical sense the leader in a boardgame is the player, but I like to represent leadership within the game if I can, even if it’s not going to be as important as in “real life” because of the presence of the player.

Keep in mind also that wargames tend to be about generalship, not about warfare, two quite different things. Generalship is the ultimate leadership, in war.

For example in my game Hastings 1066 I had to recognize that it was a contest between two men, Harold II and William of Normandy. They play a big part in the combat success of their troops depending on where they are in the field, and if one of them gets killed then that side suffers penalties and is much less likely to win. Yet in Stalingrad Besieged, which uses a modified version of the same system with vastly upgraded components, there are no leaders. That’s because people don’t think of leaders as important in that vast, lengthy struggle of attrition. Even on the scale of the thousand years of British history in Britannia there are leaders that make a big difference at times. I particularly like situations where a leader can make a big difference on the battlefield, but if the leader dies you lose the game. This definitely puts the player on the horns of a dilemma - how much to chance death in order to help the troops - which is generally what you want in a competitive game.

Of course, in RPGs with pure avatars each player is faced with this dilemma of participation versus the threat that they will “lose” the game if their character dies.

An old tradition for running monsters, one that still exists in many games, is that the monsters are a horde of brainless individuals who don’t cooperate much, who don’t have leaders, who are there to get dead at the hands of the adventurers. And if that works for you still, fine. It certainly makes it easy for the players.

But some want more challenge in their play, a feeling that the opposition might actually win. That’s where opposition leadership comes into play. Even if most of the bad guys are stupid, a good leader can help them behave much more intelligently as a group. If the leader has powers or capabilities different from the average bad guy, you also get the possible synergy of “combined arms” interaction. If the leader is good at what he/she/it does, this can make the bad guys much more formidable.

This can certainly affect how challenging a monster is. When considering a challenge rating, does the monster charge into battle (as described above), hold back to determine its option, or act with good leadership?

Something as small as taking a defensive position that has been well prepared, versus attacking en masse, can be a matter of leadership and make a big difference in the danger of the encounter. Some monsters may do this sort of thing naturally without needing obvious leadership, but in other cases you may have one group of, say, hobgoblins who have a good leader and act quite intelligently, versus a group without a (good) leader who act unwisely.

Some types of monsters will need leaders much less than other types. Some may need leaders and occasionally one is available (a renegade human?) while other times one is not. In the extreme you could assign a leadership value to a group of bad guys, from 1 to 5 with 5 being top leadership. Some kinds of monsters may not be able to have higher leadership barring unusual circumstances.

Leadership also makes a big difference in morale. As you probably know, morale is more important in a battle than physical circumstances, or as Napoleon said, “the moral is to the physical as three is to one” and "two armies are two bodies which meet and try to frighten each other." The same applies for adventuring.

Your Turn: Do your bad guys have clearly defined leaders, and do they make a difference in combat?
Click to expand...

"something I don’t recall from the D&D 1E tables."

The use/usefulness of leaders has certainly evolved along with the game. In 1e the Orc Sergeant was just the one who took 4 stabs to kill, rather than 3. Now there's enough variant "leader" options that DMs can choose what best fits their play style.
At first I just used leaders as "the big one", but some of my campaigns have used monster leaders as major NPCs. It's neat when the players can tell the difference between troops led by General [x] or General [y]

I know in night below there are leaders for orcs and goblins who are considerably more powerful than the rest. They also have a shaman.
So yes, it is not unusual to have a leader type monster. And also there were morale checks which became much harder once their leader dropped.
Last edited: Jun 4, 2021

To answer your inquiry, yes. I do tend to throw leaders in with my encounters. They can range from the 'might makes right', to the 'clever girl', to the Ulysses S. Grant of Orc-kind.

I would say they make varying degrees of difference in combat. Sometimes depending on whether - ahem- I am in a certain set of mind to use tactics or strategy.

sevenbastard said:
"something I don’t recall from the D&D 1E tables."


They most definitely did! If anything 1st ed had some of the most baroque leader tables under the character-type entries. Here's elves:

Or more likely saying "there you go again, Gary" and ignoring it.

2e was pretty similar and in many cases had the same text. (For elves it was almost the same except that it dropped the figures at the end 'in lair', and noted that elven women were equal in combat and 5% of elf groups had 10-30 female fighters riding unicorns.)

By 3e they had started whittling it down a bit. We get three sizes of group: company (2-4), squad (11-20 + 2 3rd level sergeants and 1 3rd-6th level leader), and band (30-100 plus 20% noncombatants plus 1 3rd-level sergeant per 10 adult, 5 5th-level lieutenants, and 3 7th level captains), with the note that most elves seen outside are fighters but leader-types are most often wizards. "Wait, you mean I don't have to remember if there's a 5th-level fighter/4th-level magic-user or a 4th-level fighter/5th-level magic-user anymore?"

4e had eladrin standing in for the original elves with nominal elves being the wood elves (and coming in 2nd level archer and 2nd level skirmisher), but the eladrin gives us the wonderfully poetic fey knight (level 7 soldier), twilight incanter (level 8 controller), bralani of autumn winds (level 19 controller), and ghaele of winter (level 21 controller). Much as everyone likes to complain about 4e they really do sound like creatures of the woodland who weave magic into their war like they do into everything else.

5e has standard stat blocks for grunts and leader-types, which loses some of the flavor of "the monsters are just like you" IMHO but is probably much easier for DMs.
Last edited: Jun 8, 2021

Can I interprete this as a pro Warlord column?

Oh yes, I often use war party leaders against the PC. They tend to die really fast because the PCs zero-in on them immediately, hitting them with the hardest spells/abilities they have.

my favourite remains the goblin boss who can throw minions to take the blow in their stead.