Hi, our 5e group has been playing for over a year.

Could y'all give advice, and share experience, about protocols for preventing arguments, and stopping arguments (once they've started)?

What specific protocols (customs/practices/agreements) work to mitigate and end arguments at the D&D table?

Thanks for any help with this.

What sort of arguments are we talking about? Rules interpretations? Players arguing about what to do? Out of character arguments? Something else?

Ensure there is some discussion of this as part of session 0.

Rules arguments: GM has final say for the session. Discuss it with them after the session is over if there is some real problem

Political arguments: GM needs to put their foot down and not allow RL to intrude into the game

Personal disagreements: Challenged party can choose weapons and decide if its to the death or just first blood. /s
Edit: I guess to the Pain is also available.

Supporter
We need more details. But often just having the gm go silent & start staring people in the eyes with a silent subtle gesture at the argument if any players being stared at look confused starts triggering those danger something us wrong hairs on the back of people's neck pretty quick

Assuming we're talking about rules arguments, what I usually say is "I am going to rule this way right now, but will do some research before our next session and come back with my official ruling then." I'll generally go with the more lenient but still likely (i.e., no dwarf flapping their arms so well that they can fly) ruling for the temporary one, then check Sage Advice and read the applicable sections of the book after the session.

Is the source a single player, or is it everyone?

If it is one player, the DM should sit them down and say, "This is not working. We can't have this strife. Please fix it. If you can't, I'm going to ask the group how they want to proceed with a recoemndation that you leave the group."

If it is everyone... there are better groups out there. You leave.

It really depends on the argument.

For rules arguments, I'd allow the player to make their case once, then make my ruling. After the session, the rule will be looked up, and the correct ruling will be used going forward. If there is no specifics in the rules, then my ruling will stand for the entire campaign.

For player arguments unrelated to the game, I shut those down in a hurry. If it's related to the game, but not the exact moment (such as planning or discussing possibilities), I try not to push things unless it distracts completely from the game (I can usually continue during these discussions). If there's an argument about the current situation, I generally give about 10 minutes then force a vote (I hold tiebreaker), because otherwise the game cannot progress.

Oh, and we have a rule to help prevent edgelord characters make decisions for the group without their permission. If a character is about to do something that another player feels will impact the group negatively, they can call a time-out. The players will discuss the situation, and the player cannot take the action unless the majority of the group agrees (no ties).

Dungeonosophy said:
Hi, our 5e group has been playing for over a year.

Could y'all give advice, and share experience, about protocols for preventing arguments, and stopping arguments (once they've started)?

What specific protocols (customs/practices/agreements) work to mitigate and end arguments at the D&D table?

Thanks for any help with this.

Next time they argue - threaten to feed the one arguing to the rest of them. Then next time he has to miss make sure you prepare some home cooked burgers. They will never argue again!

If you're getting into a lot of arguments, there's an underlying issue. The best solution is to tease out and address that, rather than go after the symptom.

If it's rules arguments, it could be that the people at the table have different understandings of some fundamental assumption like 'how often should rules be tossed out' or 'what the rules are supposed to be doing' or even 'which rulebooks are we using'. If you're ruling by the intent of the rules rather than the wording of them, you need to make this clear as soon as possible, because that requires people reading the rules differently than just reading the text as it is.

If the players are quoting book rules at you a lot - you need to learn the book rules or learn to trust the players on this stuff. Don't go against the established rules on a whim - it's better to maintain consistency overall than it is to throw away consistency for the sake of one scene.

If you find you're changing the rules or needing to make up new rules on the fly rather often - you're using the wrong ruleset. Maybe it's time to look for other games that are designed to run the kind of game you all are playing.

If the players are arguing about what to do, that's a teamwork issue - it's not 'not the dm's problem' - it's dragging the game down for everyone - but it's not something the dm can resolve by fiat. It requires the team coming together.

If it's one player being disruptive - you need to have a conversation with that player - the game is a lot more fun when everyone's puling in the same direction.

"My way, or the highway. Your choice".

The DM has to use the authority of their position to end the argument. They can say things like "this is my decision", "this is my ruling for now and I'll think about it later", "stop arguing", or even "shut the f--- up".

Personally, I find that explaining my decisions and keeping an open mind about feedback is sufficient.

When I make a ruling, I generally give then a quick explanation of why (unless that would give away too much, in which case I just say that).

If a player has a valid counterargument, I don't just dismiss it. I give it fair consideration and if I don't agree I explain why.

I've found that treating other players like adults (as above) always works provided that the player is acting in good faith. If they're not acting in good faith (they get their jollies from ruining other people's fun) you've got much bigger issues, and you'll most likely need to ask the person to cut it out or leave.

The only tried and true method to keep an argumentative table calm and under control: 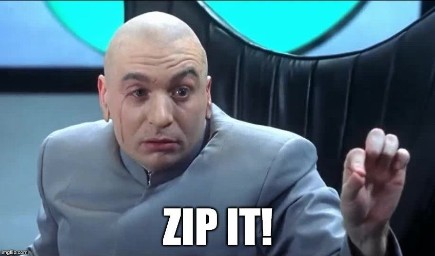 A timer, if the argument is something like "should we check out one more room, or fort up for a Rest?". Give them some reasonable length to discuss, such as 5 or 10 minutes.

But as noted above, we need to know what the arguments are about, in order to offer helpful advice.

Rules. 3 minutes or I make a ruling. Ruling stands for the night. I will research the rule question and give an answer before next session.
Personality conflict. Hey JOE and Bob zip and get along. If this does not work, one person leaves after two arguments.

Pretty much agree with most of the posts above. I'm lucky to have a good group--we keep the drama in the game. Still, to keep things fun, I have a few simple rules:

Period. The US is so divided and I have some friends who have very strong and differing opinions on the politics. While we can argue heatedly about politics and remain friends, the game table is not the place for it.

2. I'll hear out arguments about rules but will make a decision and we move on

Actually this is not much of an issue. I rely on some of my players for the rules for less common situations and especially for spells. There are times where I may disagree with a players understanding of certain rules, but I'll hear them out, then I make a decision and we move on. I'll research it after the game and if I'm wrong, I let folks know that, but we almost never retcon. We just agree to adhere to the correct rule going forward.

3. If you take too long, you lose your turn in initiative

This is more from my players than me. I'm perhaps overly patient. But my players get very annoyed when people are not ready on their turn. It doesn't mean that that table never allows anyone time to look something or take a bit more time to determine what they will do, but it should not be frequent. If a player is clearly not ready I'll often just go next in initiative and come back to that player at the end of the initiative order.

Thanks to everyone for the suggestions. This is helpful.

I'm reluctant to go into the specifics, because: 1) its complicated; we've had over a year's worth of wrangling, on many different issues. and 2) I might share this thread with other members of my group, as a helpful resource; so I want to be careful to not hurt anyone's feelings, or to paint things in a one-sided light. I admit that it takes two to tango -- I have regularly fallen into a wrangling dynamic, and I feel demoralized about it.

But to whittle it down a bit: it's not player-vs-player conflict, and it's not about outside politics; it's entirely between me and the other co-DM; we take turns DMing and playing different adventures. (Our D&D club has five members, including myself.) Our arguing has mostly been about rules; and especially about:

1) playing straight RAW vs. bringing in houserules and tweaks (e.g. revised Shield Master feat)
2) low-magic vs. high-magic (magic-item rich)
3) in a group with two co-DMs, using a shared ruleset, who is the authority?

Now, we have had a good deal of fun over the past year, but these sore spots (about different values, different understandings, and different needs/wants) have built up, and I sometimes don't look forward to playing anymore. We're taking a week off, to help soothe frayed ends.

Last week we argued about numerous topics, for a long time. This time it happened after the game.

A few days later, two players (my fellow arguer, along with another player, who was trapped there listening to us argue, waiting for a ride home) both voiced an idea of adopting 'table rules' about arguing. Basically an Argument Protocol: a protocol for stopping arguments. And that sounds like a good idea -- a positive stride forward.

So I'm doing 'due diligence'. What would such a protocol entail? (The idea about 1 minute time-limit sounds like a good start.) I've gotten a helpful spectrum of advice from ENWorld fellows before.
Last edited: Mar 21, 2020

The nice thing about having two DMs is they do things differently.

There is no "right" answer. It's purely up to the DM. So arguing about it will inevitably be a dead end.

3) in a group with two co-DMs, using a shared ruleset, who is the authority?
Click to expand...

This is the cause of your problem. Whoever is DM at the time is the authority, so using a shared ruleset it impossible.

Separate the games out. Each DM has their own setting, and the players have different characters in each setting. Take turns.