So I don't know if you noticed, but the original HeroQuest board game is getting an official remake by Hasbro! And although that alone is plenty to celebrate, my first thought seeing it was "Mmmmm... those look like great minis for D&D!"

Now, there are a lot of great minis available for D&D. There are of course the official minis from Wizkids, and more for Pathfinder, uncountable high quality minis from smaller companies, and the juggernaught of Games Workshop (Vecna in Critical Role is a modified model of GW's Nagash).

But although there is a mini for almost anything, what if you're just starting D&D, and don't know where to start? What PC minis do you get? What monsters? Do you get an assortment of smaller minions, or get a large boss?

Now, fortunately there are some pretty great board games, like HeroQuest, that provide an entire group of minis for PCs, plus a variety of monsters, plus at least one big bad boss miniature! Now, their initially meant for the board game itself, but part of the fun is adapting the miniatures for D&D. Add that you also get an entirely different fun game to play, and these investments can be pretty worth it!

So here are three of my suggestions of board games including a wide slew of miniatures, starting with the iconic HeroQuest! I'll also provide suggestions for how to run these in a game all together as a series of encounters. If you know your own, feel free to comment with suggestions!

Note: I get that some folks don't like miniatures, or feel they need the exact accurate miniature to represent the Monster Manual, or that some of these boxes are pricey (you are paying for a lot of minis and an entire board game). If you have something negative to say, I don't care! I just like talking about board games, miniatures and D&D, not debating whether or not you like it. 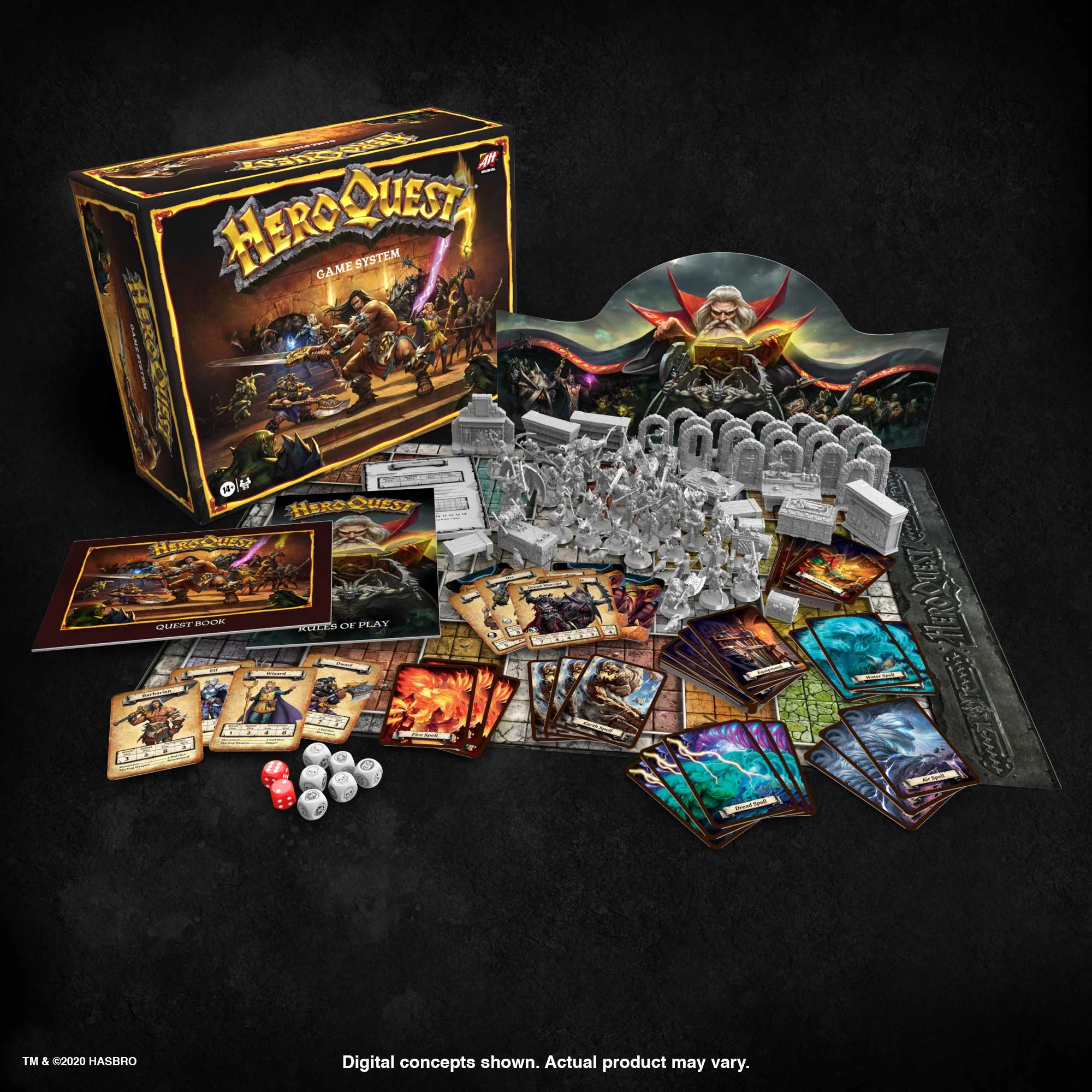 HeroQuest, one of the first of its kind, I simply could not ignore. Note that this new Hasbro version is not yet out, but it almost certainly will be (Hasbro set up its own crowdfunding site and got the necessary million $ easily), and is mostly updated art and minis for the original game. So everything I write here can also be applied to the original HeroQuest if you have a copy.

First, your PCs! The game comes with a small party of 4 heroes (or 10 if you splurge for more in higher bundles). Included are a human barbarian, a dwarf, an elf, and a human wizard. The dwarf looks like a fighter, but could easily be used for other classes like the paladin, cleric, or another barbarian. The elf can also be a fighter, ranger, or even rogue.

This isn't a great range of PC minis, but isn't bad either, especially for a new group that probably won't be too picky.

The monsters however are a lot more impressive. You're getting 4 dread warriors, 4 skeletons, 6 goblins, 8 orcs, 2 mummies, 2 zombies, and 3 abominations. The dread warriors are a bit unique, but if your starting this at low level you could use something like the knight, or perhaps wight stats to reflect them. The abominations are quite similar to kuo-toa in appearance.

And lastly, we have our bosses, the Gargoyle, the Dread Sorcerer, and the Witch Lord. Considering that most of the monsters here are low-level, we probably don't want our bosses to be too dangerous for a low-level party; the Dread Sorceror here makes sense as a simple Mage. The gargoyle is going to need to be tougher than a simple CR 2 gargoyle however.... the stats of a Hezrou make more sense. And our Witch Lord is likely more dangerous than our Mage, so a CR 9 Necromancer seems dangerous enough!

Now, how do we string these threats together? Well, the obvious way is how the board game assumes you will... as a dungeon! What the dungeon is or why the PCs are there are up to you, but a good one is the story of the HeroQuest scenario "Kellar's Keep." The Emperor is besieged in the keep of the last dwarvish city, under threat by an army of orcs and goblins led by the evil wizard Morcar. The heroes must gather four pieces of a map that can find the secret entrance to the Keep, either to allow the Emperor to escape, or reinforce him. The heroes face encounters of all kinds of encounter on their journey, before facing off against the gargoyle and Morcar in the frightening conclusion! 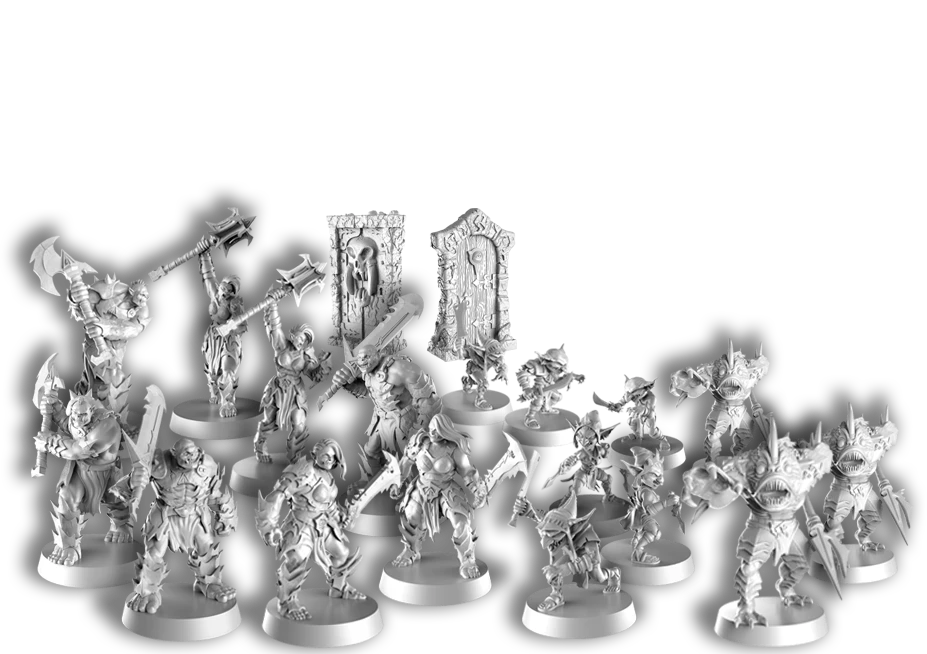 I'm going to update this post with other games, including Warhammer Quest: Silver Tower, Massive Darkness, and more!