so I watched some of the spelljammer game that WotC put out on youtube. I read most of the 2e campaign setting and I even had a 'what scifi to use as insperation' thread here... this is going the funny/gonzo stuff

what is the crazy thing that seems like it was made on an acid trip and/or a drunk night in vegas we can steal?

I mean, it's a Disney movie, but Treasure Planet fits pretty well.

Magic the Gathering's most over the top stuff fits pretty well, actually. 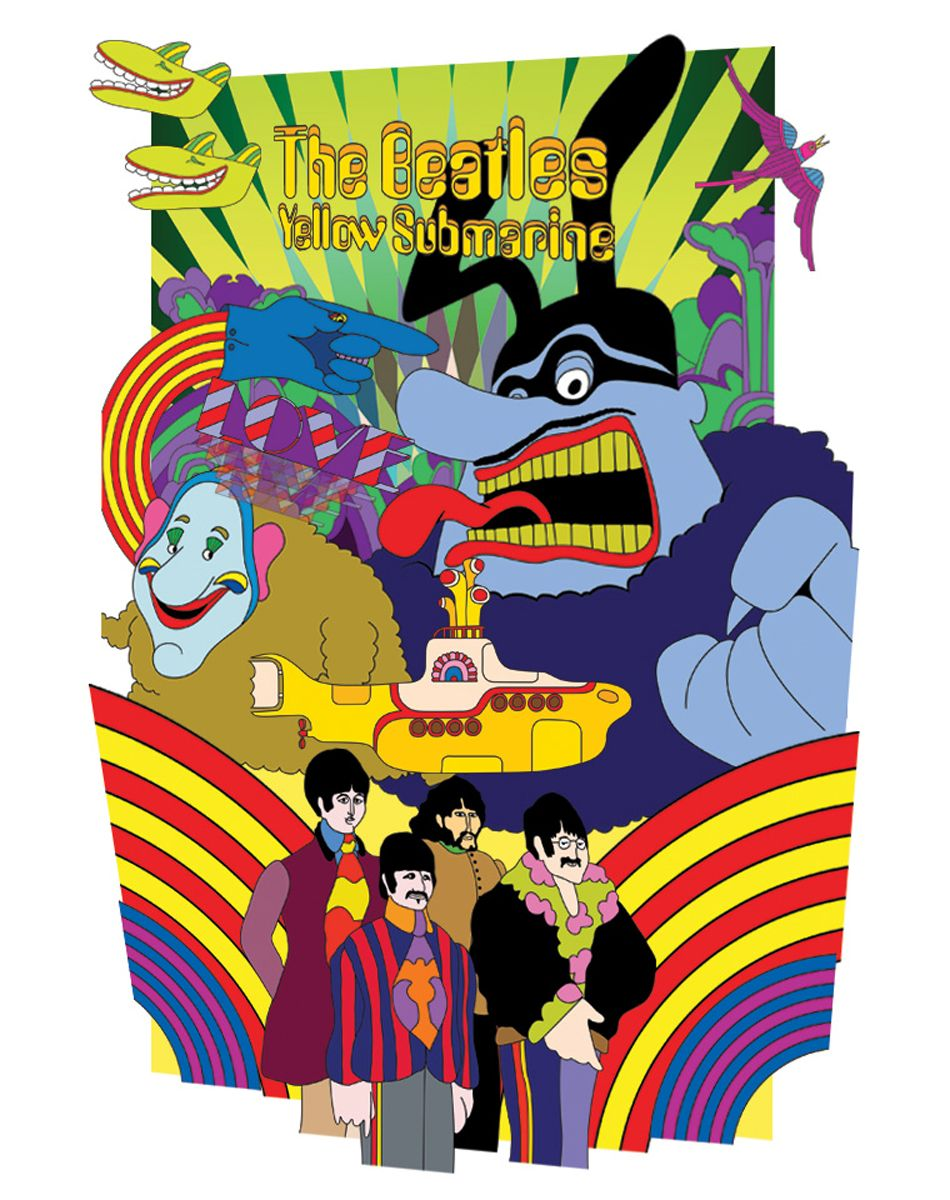 Particularly, thinking about it, the Ravnica bestiary is pretty useful here: even if you don't want to use "Ravniva" per se, the Monsters there can be handy, and the Guilds could easily be used for individual Planet of the Week scenarios with the serial numbers filed off.
Last edited: May 10, 2022

The Fifth Element
Fireball XL5
Space 1999. This could get really trippy.
Red Dwarf
Doctor Who, obviously. 5th Doc story Enlightenment is right on the nose. 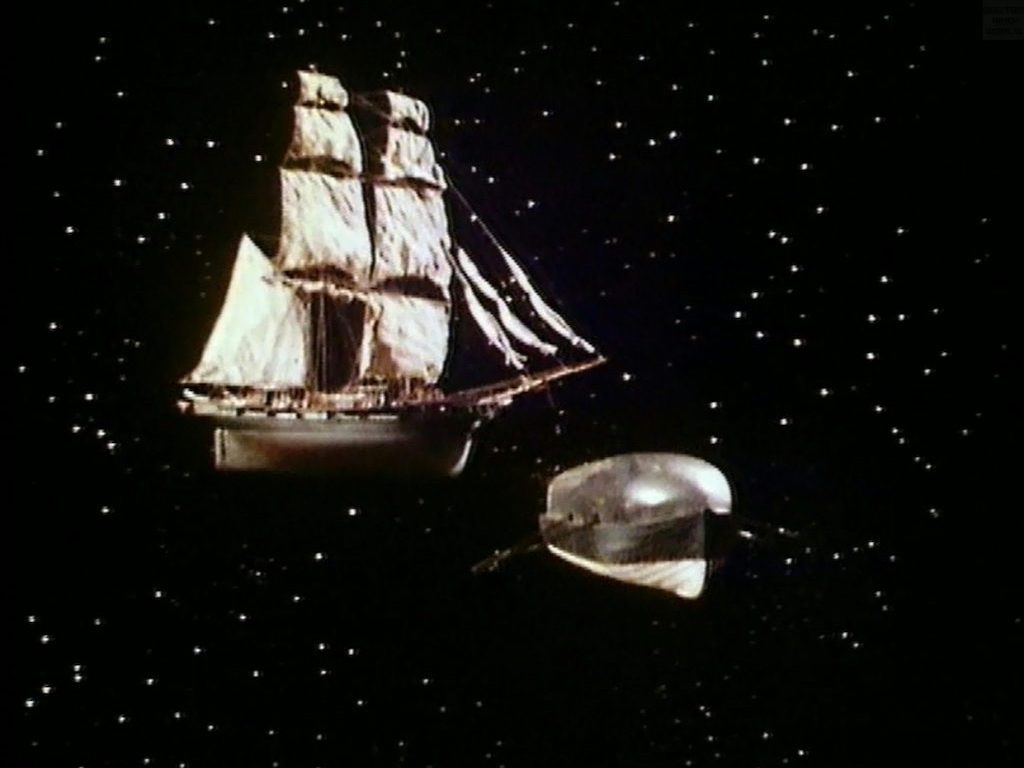 Flash Gordon. Both the old serials and the 1980 movie. 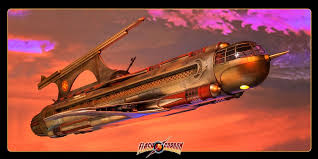 Buck Rogers in the 25th century.
Original Battlestar Galactica (not the po-faced reboot).

Probably anything with Brian Blessed in it. He's certainly been in almost everything listed so far!

Paul Farquhar said:
Probably anything with Brian Blessed in it. He's certainly been in almost everything listed so far!
Click to expand...

That would also bring in Blake's Seven, which is reasonably appropriate - certainly some of the performances hit Gonzo levels.

MarkB said:
That would also bring in Blake's Seven, which is reasonably appropriate - certainly some of the performances hit Gonzo levels.
Click to expand...

Small band of outlaws with a stolen ship, including a freedom fighter, a thief and someone with space magic?

Paul Farquhar said:
Probably anything with Brian Blessed in it. He's certainly been in almost everything listed so far!
Click to expand...

I, Claudius meets Spelljammer is a bold choice!

all great ideas... and some good show/story i wasn't even thinking about.

some crazy ideas I have right now is a sphere (or sector we don't know for sure how they are doing 5e yet) that is a star/sun, and 3 planets... 2 gas giants and a waterworld.

1 gas giant is mostly a hallucinogenic gas, the other is smog/debris because it was once a livable world blown up and held together, somehow. around the hallucinogenic gas giant are 3 small asteroid 'city' size orbiters (too small to call moons) that hold 'miners' that dive in and collect the gas. this gas is both a drug, and a drug. As much as anyone can pop some and have a 'trip' if mixed and adjusted right it can be a helpful medicine too.
so there are traders for medicien...and black market runners for the drugs (and sometimes the same person is both)

the waterworld has a full size moon (smaller then ours but big enough to have a dozen cities and a small village or two... but nothing can grow on it (nope not even with druid magic). The water world itself is ruled by a coven/collective of Abeoliths that have dominated super kraken and have underwater races in there thrall... so far they can't leave there planet, but if they do oh boy would they be a threat... the problem is that deep under that sea the world itself, the ground is SUPER rich in minierals... diamonds, platinum, adamantine, mithril... more mystic metals (I have my own homebrew ones)

the king of the main kingdom of the moon cities is a powerful Psychic. He comes from a line of powerful psychics. He himself is a half elf, but if you go back 3 generations they were human... they married into elven lines when they were trying to expand but the elven family fell instead...but it does make the king more long lived. He though knows a BIG universal secret... or at least he thinks he does since he is a Great Old One pact Warlock (that is the psychic part) and he thinks his patron is the star dust itself... but no it's the hive/coloney/collective of Abeoliths on the planet below... they secretly control him through con jobs.

there is a small resistance to the abeoliths... and it comes in the form of the all mighty mechs. a group of warforged and auto gnomes that live inside the moon in caves and are trying to stop teh abeoliths from advancing... but the king calls them clockwork terrorists.

Jeff Grubb has already said that the Daleks were the inspiration for the setting's clockwork horrors (just changed in shape to avoid issues), so I wouldn't be surprised at all if Enlightenment were inspiration as well. Spaceships in the form of sailing ships? Yeah, sounds familiar!

Demetrios1453 said:
I, Claudius meets Spelljammer is a bold choice!
Click to expand...

Babylon 5 already "borrowed" I Claudius and put it in space!

Paul Farquhar said:
Babylon 5 already "borrowed" I Claudius and put it in space!
Click to expand...

shadows and vorlons are a perfect fit

Okay so (I guess spoilers for a show from the 90s)

okay so in the show the shadow ships were powerful enough to count as a capitol ship but really operated more like a big 1 man fighter (so 1 pilot) but the shadows themselves didn't fly them. they kidnapped people brain whammed them (with both psychic and tech) and plugged them into these living ships. 1 of these ships could fight 3 or 4 other capitol ships the way a 15th level fighter can face off against 3 or 4 orcs... but they had a weakness. Remember the 'human' computer running it. a powerful enough psychic could mess up the connection.

now that 'froze' the ship in space... but it had to do more (we saw them tank lots of hits AND dodge lots of hits...but when held 1 or two shots belw them up) I assume the psychic could block some kind of armor/shield effect

now imagine this in D&D... a super ship that can go toe to toe with big ships and seems unbeatable...until the mage learns to target the living computer inside instead of the outside of the ship

^ Sounds like a very Mind Flayer or perhaps Neogi thing to do to operate their ships (slightly modified from original canon - Neogi ships "look" right for this) and Cuttlefish/Spinneret fighters that launch from or accompany the larger ships.

Stormonu said:
^ Sounds like a very Mind Flayer or perhaps Neogi thing to do to operate their ships (slightly modified from original canon - Neogi ships "look" right for this) and Cuttlefish/Spinneret fighters that launch from or accompany the larger ships.
Click to expand...