Do You Have What it Takes to Be a Judicator? A Review of Mutant: Elysium

Play a judicator and try to keep law and order in the decaying enclave of Elysium. You want your House to lead the way back to the surface and a new dawn in Mutant: Elysium. 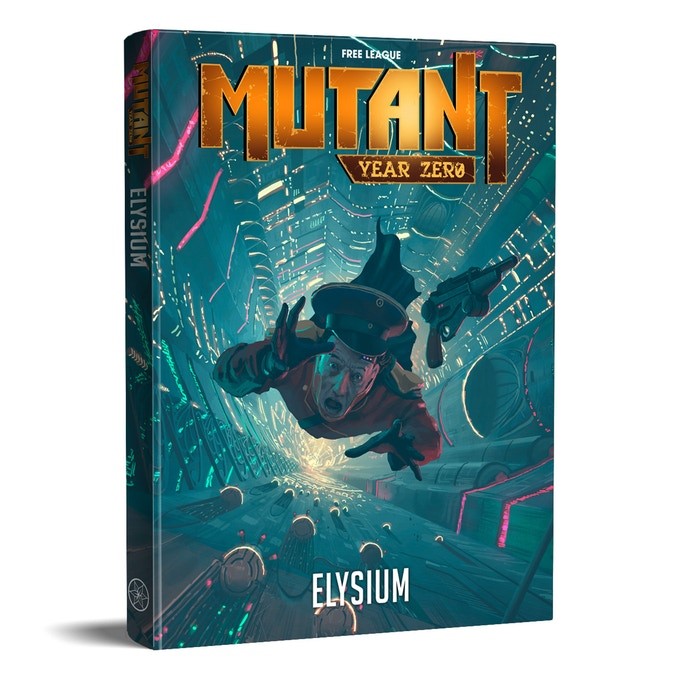 Mutant: Elysium is a 264 page hardcover rulebook also available in PDF from Free League. A complementary copy was provided for this review. It shares rules and a world with Mutant: Year Zero, Mutant: Genlab Alpha, and Mutant: Mechatron but is also a complete game on its own. It uses the Year Zero die six dice pool system.

Player characters are judicators, individuals drawn from each of four Houses, who enforce the law and investigate incidents. Each player also controls his House during strategic turns of intrigue used to increase power and influence by creating incidents. A PC judicator who has to investigate an incident caused by his own House will be torn between duty as a judicator and loyalty to his or her House. Finally, the PCs may sometimes have to put the entire enclave of Elysium ahead of their Houses and find their beliefs and loyalty truly tested.

Each PC will be from a different House if possible. PCs choose from six professions and pick one profession talent. Age determines the number of starting attribute points, skill points, number of contacts, and reputation. Elysium PCs may also have biomechatronics, mechanical implants in the human body.

PCs vote in a patrol leader after each incident is resolved. One PC can also be a double agent and try to subtly stop an investigation from stopping an incident that PC’s House caused. Because this mechanic can introduce conflict between players it is optional. PCs also know contacts capable of a wide variety of effects from assassinating NPCs to providing loans to snitching and more.

GMs and PCs alike are provided with an extensive overview of Elysium and the four Houses. A scaled map is provided of both Elysium and the judicators’ headquarters. In Elysium development levels drop as the campaign continues leading to an inevitable decline. 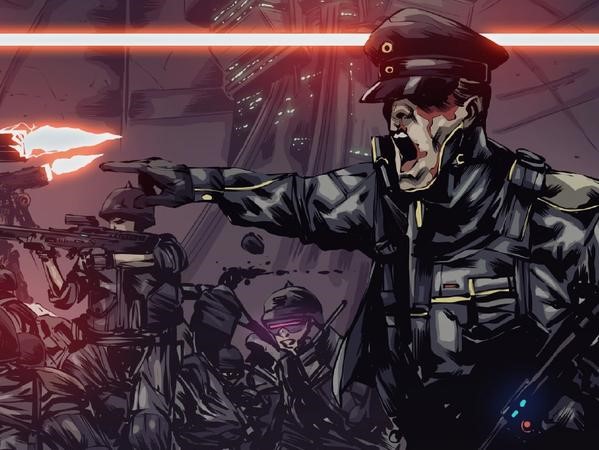 GMs are reminded that PC judicators are not the good guys as they support a system that is not fair or democratic. The enclave is going to fall which is something else the PCs have to deal with. And if the humans do make it to the surface they have to deal with their installed prejudice that humans are masters of the world not mutants, humanoid animals, or robots.

GMs are provided with a list of random events that can happen at any time. There is a detailed mission generator to create minor cases the judicators can investigate in between trying to stop more serious incidents. A list of artifacts (high-tech objects) and biomechatronics is detailed.

Over a hundred pages are dedicated to the included campaign called Guardians of the Fall. NPCs and key events are interwoven by the GM with the campaign mechanism of control the PCs themselves direct. Both parts of the campaign use incidents, major crimes that lower the development levels of the enclave but drive control for the Houses.

Eleven incidents are controlled by the GM and represent a major crime for the PCs to unravel. Each incident includes an overview and a description of the situation along with location information and NPCs. For example, Epidemic involves a disease spreading that the PCs must stop which was released by a House to hone as a biological weapon and reduce the control of other Houses in the affected sector.

The campaign wraps with the fall of the enclave and humans returning to the surface. There, they may find mutants, humanoid animals, and robots as they struggle to build an outpost and survive in a ruined world.

As with all the Mutant core rulebooks, Elysium benefits from a great layout, great art, well tested rules, and a compelling campaign. It brings a whole new level of intrigue, politics, and backstabbing to the Mutant world.
Click to expand...

Looks like a cool spin on a more serious version of Paranoia. Now if I only had the money, time and players who would all be down for playing each MY0 game in order.

2nd pic, that dude's arm is totally out of scale with head