Today EN5ider is doing a bit of flexing with a slew of 15 new spells for divine and arcane characters that want to be mighty. A must read for muscle wizards! 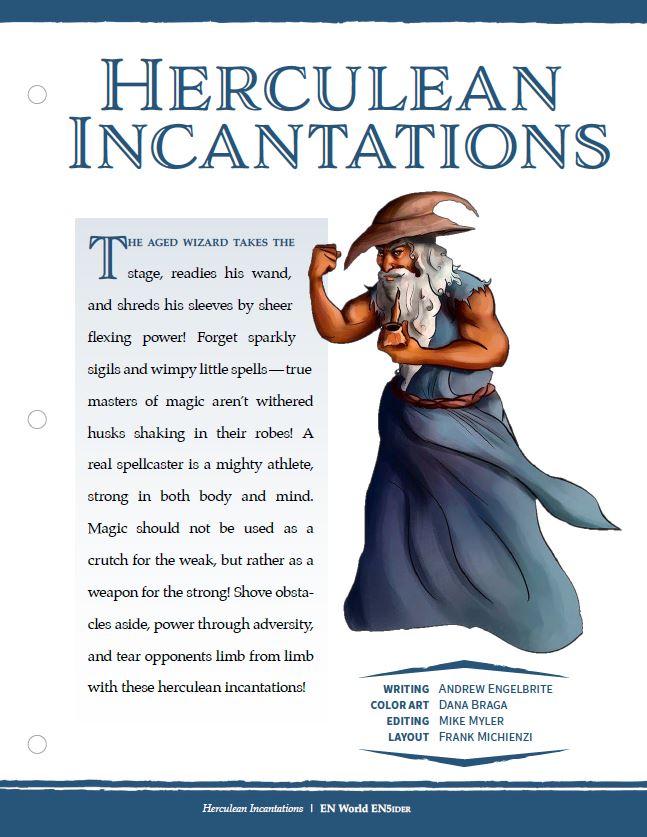 Free Articles including adventures and the smart-fighting savant character class!
⚔ Join EN5ider for Immediate Archival Access: Pay $1 per new article we publish (5 per month—so $5 a month) to become a member and get instant access to the library of 330+ articles at no extra charge!