Bring a bit of our world's folklore into your game with today's EN5ider article all about magic items from Grimm's Fairy Tales! 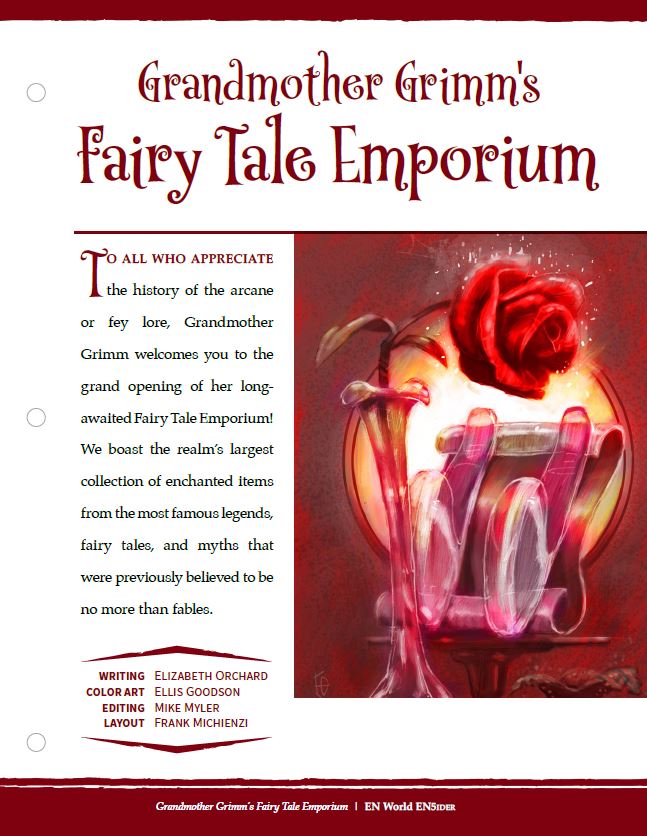