Today's offering on EN5ider is the best 35 pages of dungeon delving this side of the grave! 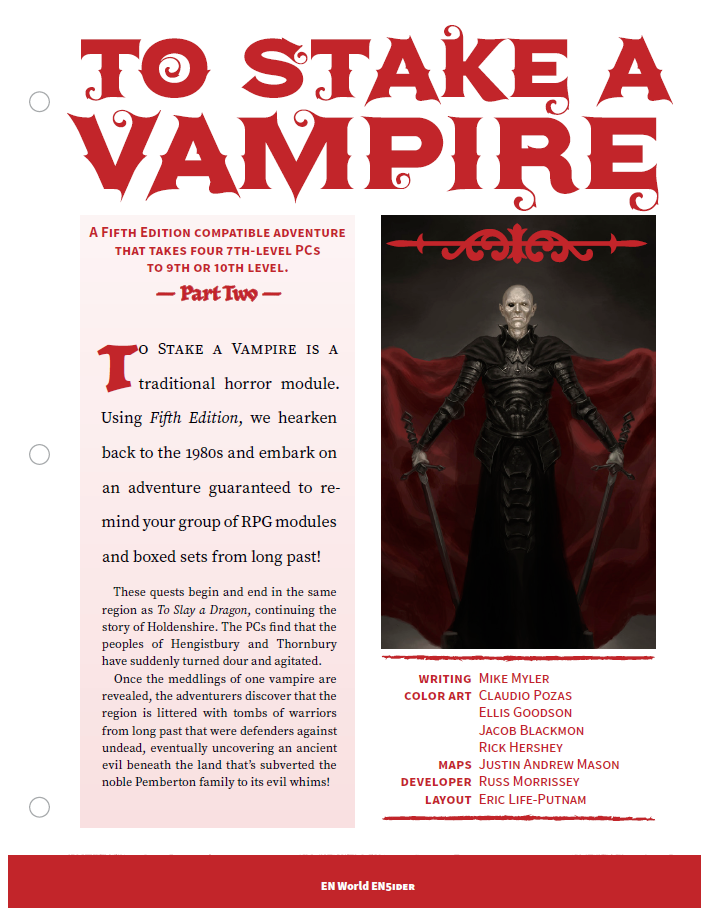 Mike Myler is a freelancing RPG goblin (or goblin that freelances for RPGs?), regent, the editor for the excellent EN5ider Patreon, and the Project Manager for Level Up: Advanced Fifth Edition. You can also find his marks in the N.O.W. book for the What's Old Is New RPG, on www.mikemyler.com⁠ (which has the neatest collection of free content around as well as links to his 6 hardcover campaign settings), and here on ENWorld in ENterplanetary DimENsions. What's next? https://tinyurl.com/oops-all-dragons
B